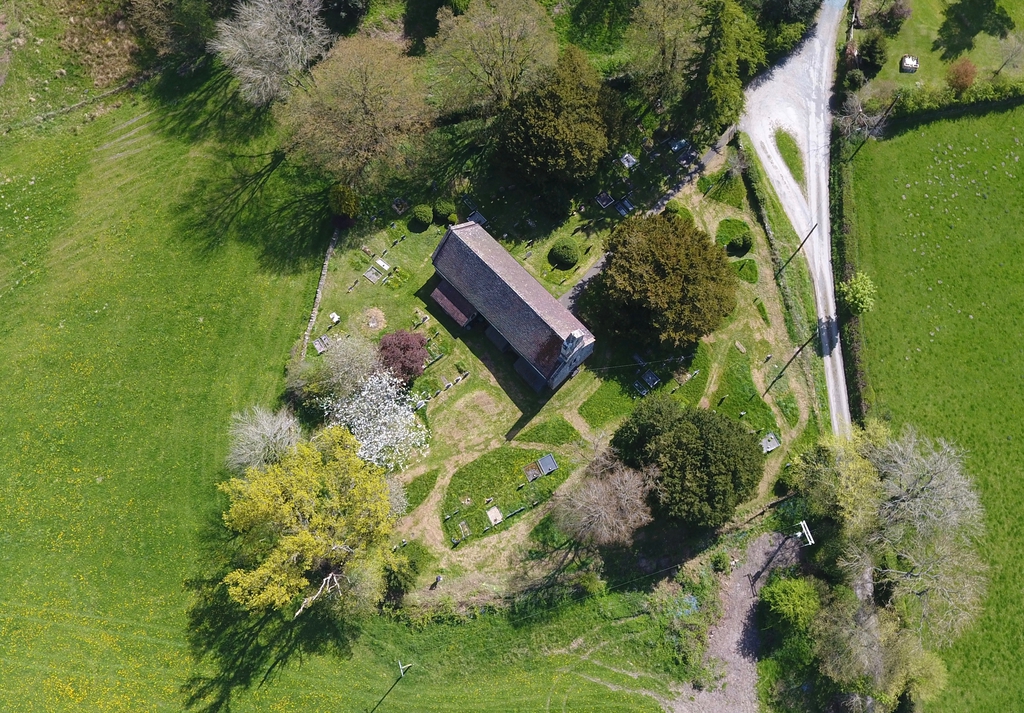 Hyssington: St Etheldreda
Services and events
News and notices
About us
Find us
Hyssington Churchstoke
Get in touch
01588 650580
Facilities
More information
Social
Edit this Church

Short History of the Church

The church, restored in the 1890s, is dedicated to St Etheldreda, a Saxon princess who became an abbess. The first record of a church on the present site is in the 13th century, but it is likely one existed here in late Saxon times. The circular churchyard was perhaps part of the motte and bailey castle which overlooks the church. On Castle Hill there is a fine, and famous, rookery. Adjacent to the Church is the Pinfold which previously had been a farm and an Inn.

Legend of the Bull of Bagbury

Under the church steps, legend has it, lies the miniaturised body of the Bull of Bagbury, which tormented the villagers in the early 19th century. An irascible farmer living at Bagbury Farm was cursed by a witch. His soul took on the form of a bull, which was eventually driven into the church and exorcised by twelve priests. The bull shrank until it could fit into a small box, and was placed under the church step - which has not been moved since. Strange markings on the step are reputed to have been caused by the bull's hoofs.