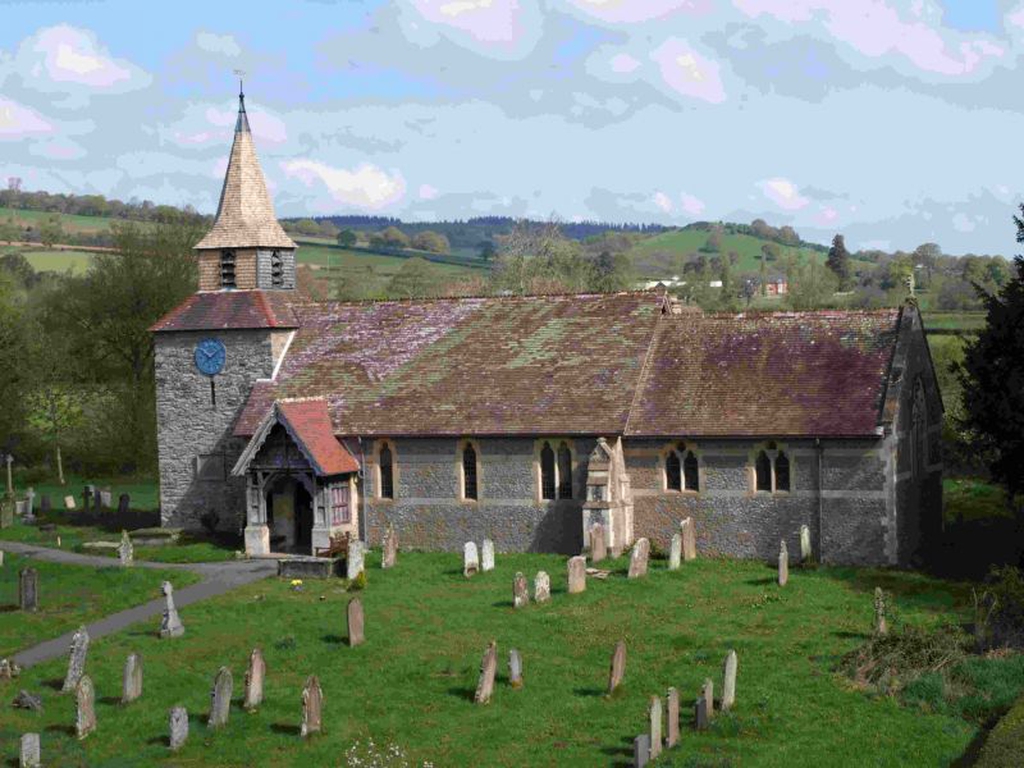 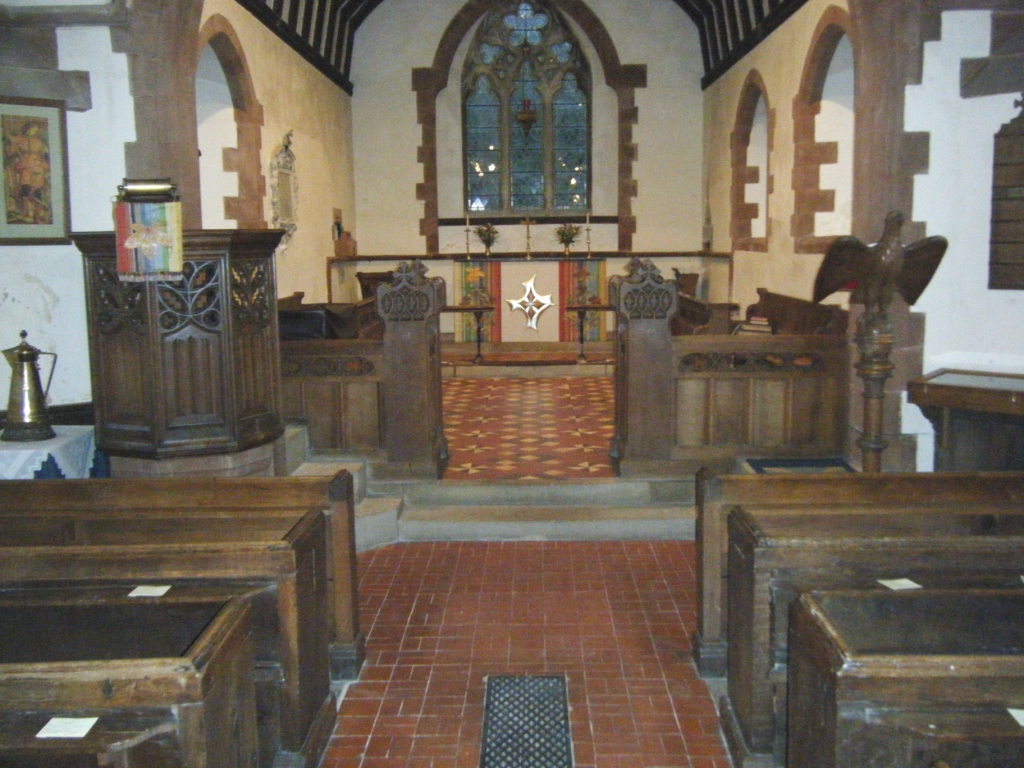 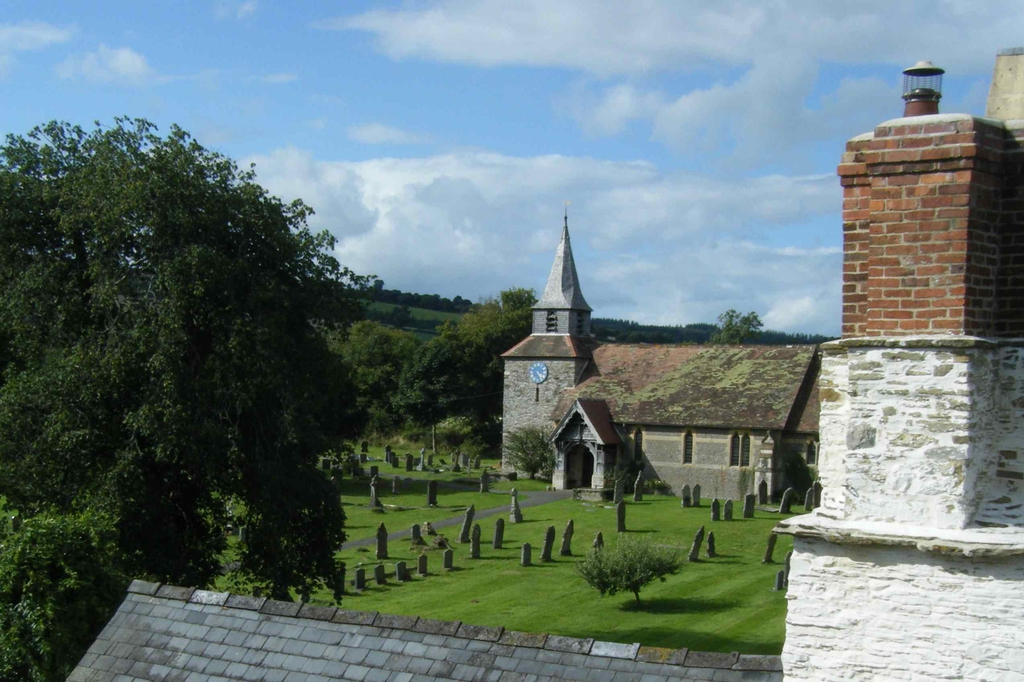 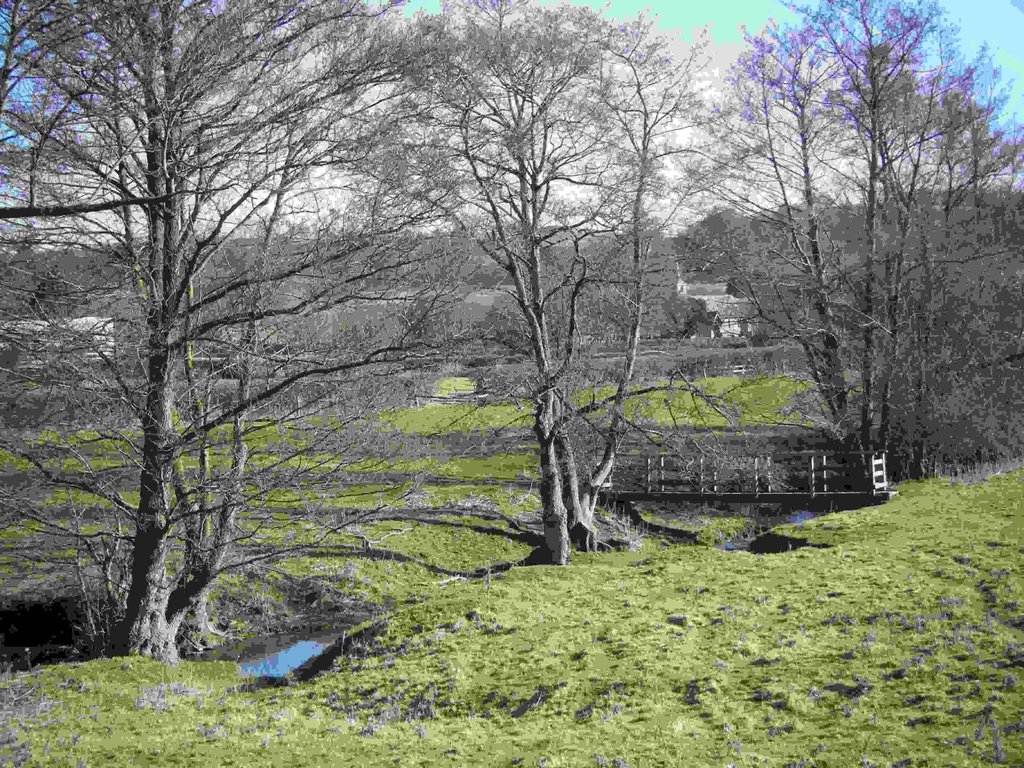 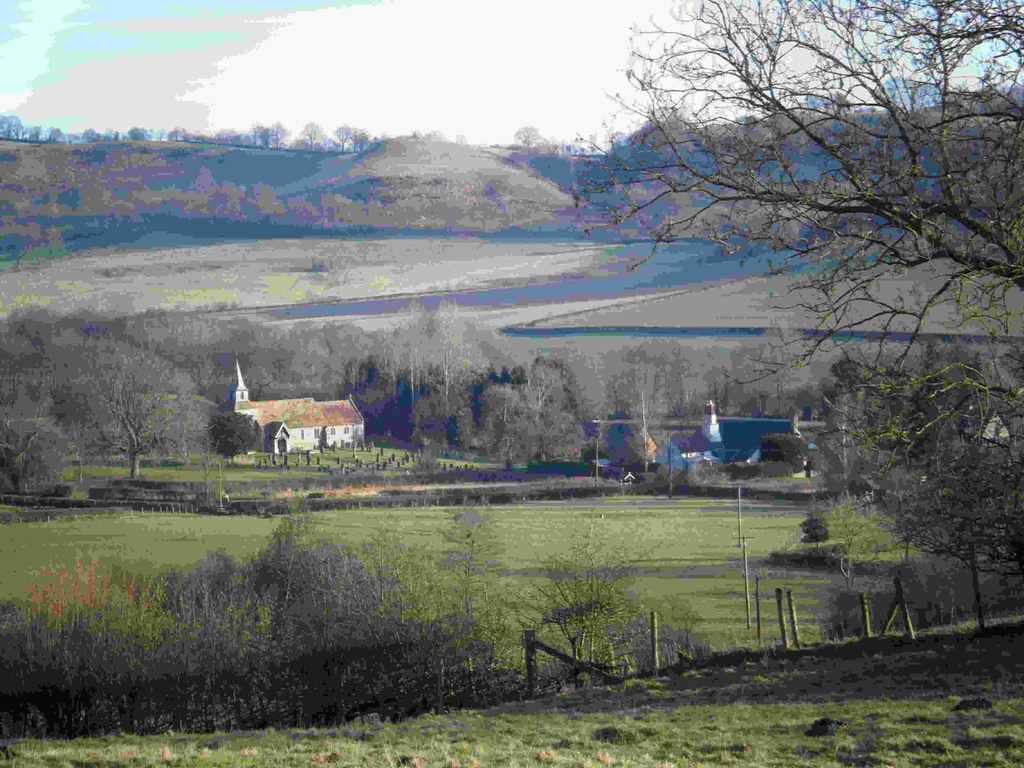 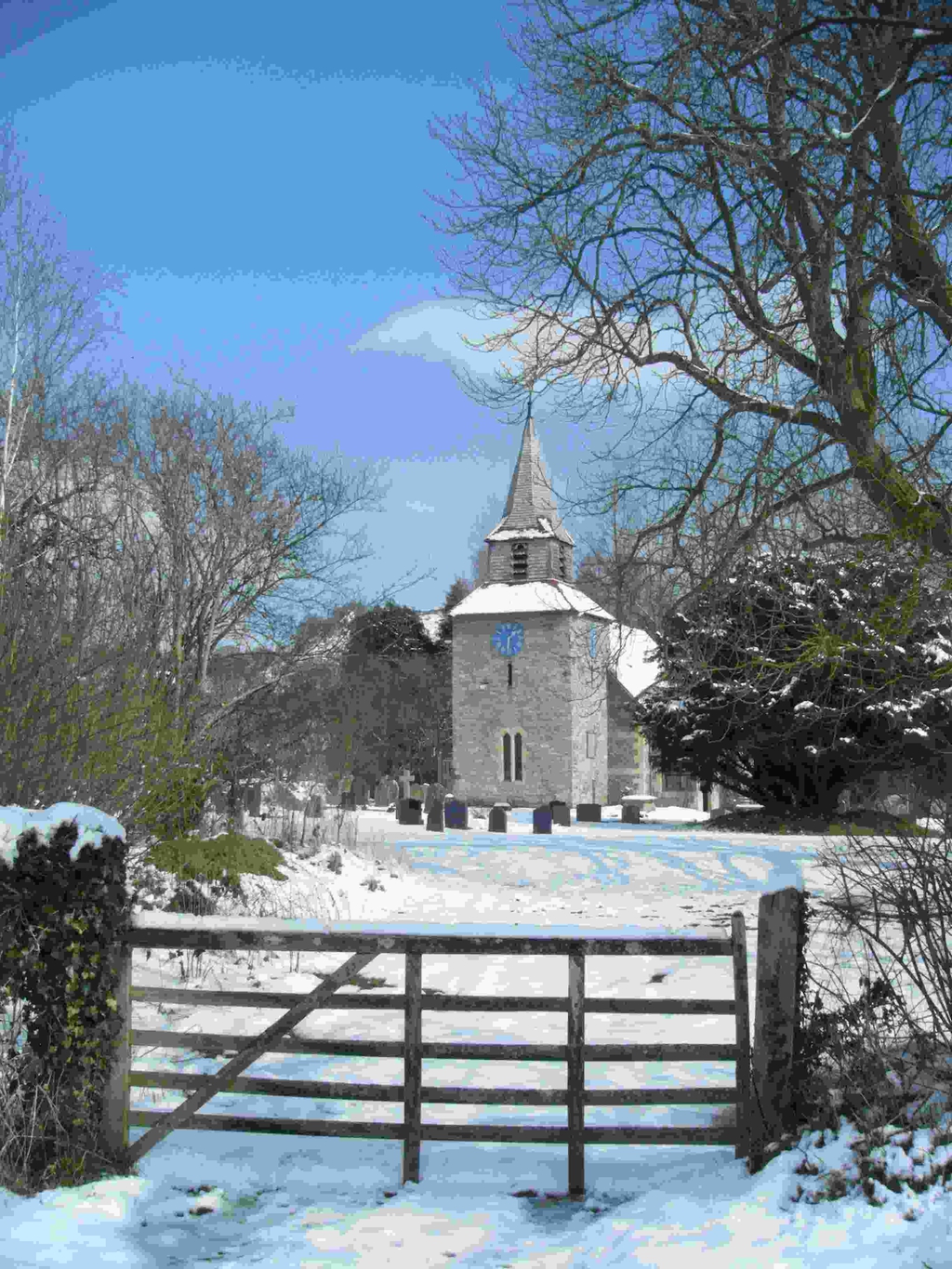 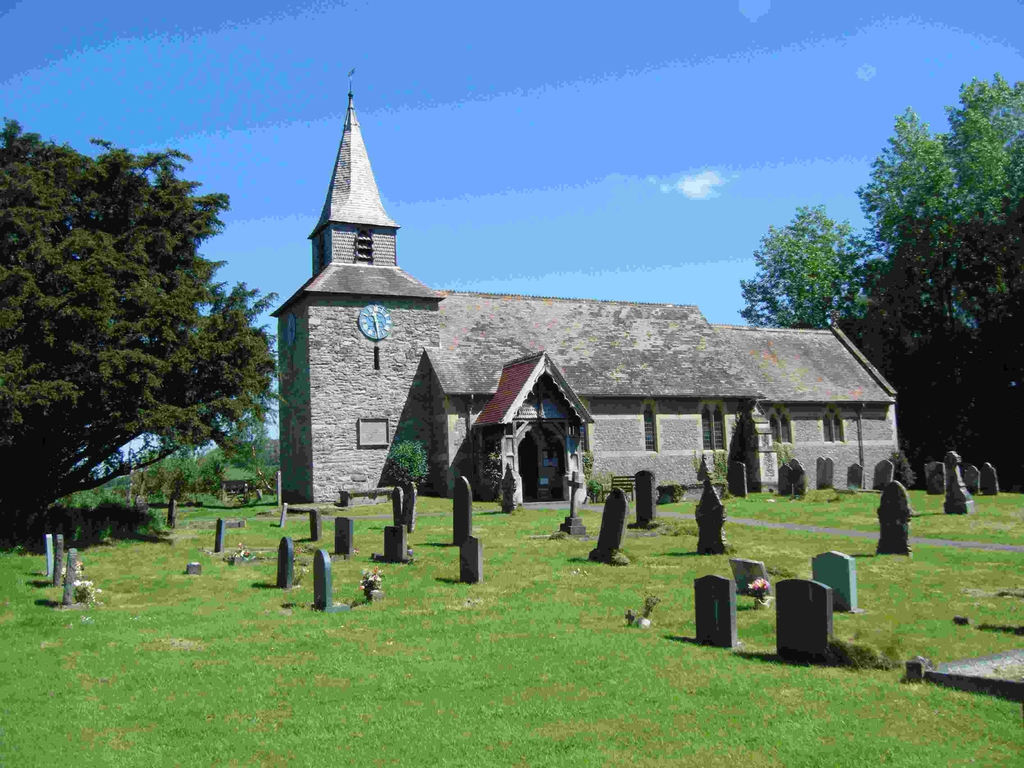 St Michael & All Angels
Services and events
News and notices
About us
Find us
Lingen, Herefordshire
Get in touch
(01544) 267777
Facilities
More information
Edit this Church

Built of stone, the church dates back to the 13th century when the original was built. The current building was substantially rebuilt in the 19th century, the nave and chancel being replaced while the original tower was retained.  The simple oak pews were also retained, and the bell tower was given a broached spire with attractive wooden shingles. The church was re-dedicated on 22 April 1891 by the Bishop of Hereford. It was re-roofed in the 1950s following a fire - evidence of which can still be seen in scorch marks between some of the pews - and again in 2010. The clock, which is the village War Memorial, has recently been repaired with funds sourced from the local community and congregation.

In this remote corner of rural Herefordshire, the history of the Marches is all around.  A public footpath leads north from the churchyard, past the remains of Lingen Castle (a motte-&-bailey) in the next field, onward to the humps and hollows that mark the original village site; while from the church porch, a prominent mediaeval field system can be seen nearby on the opposite hill.

Our church services are usually on the first and third Sundays.  In other weeks, we are welcomed two miles away at our sister church, All Saints', Kinsham, or at St Andrew's, Presteigne, the principal church of the group.