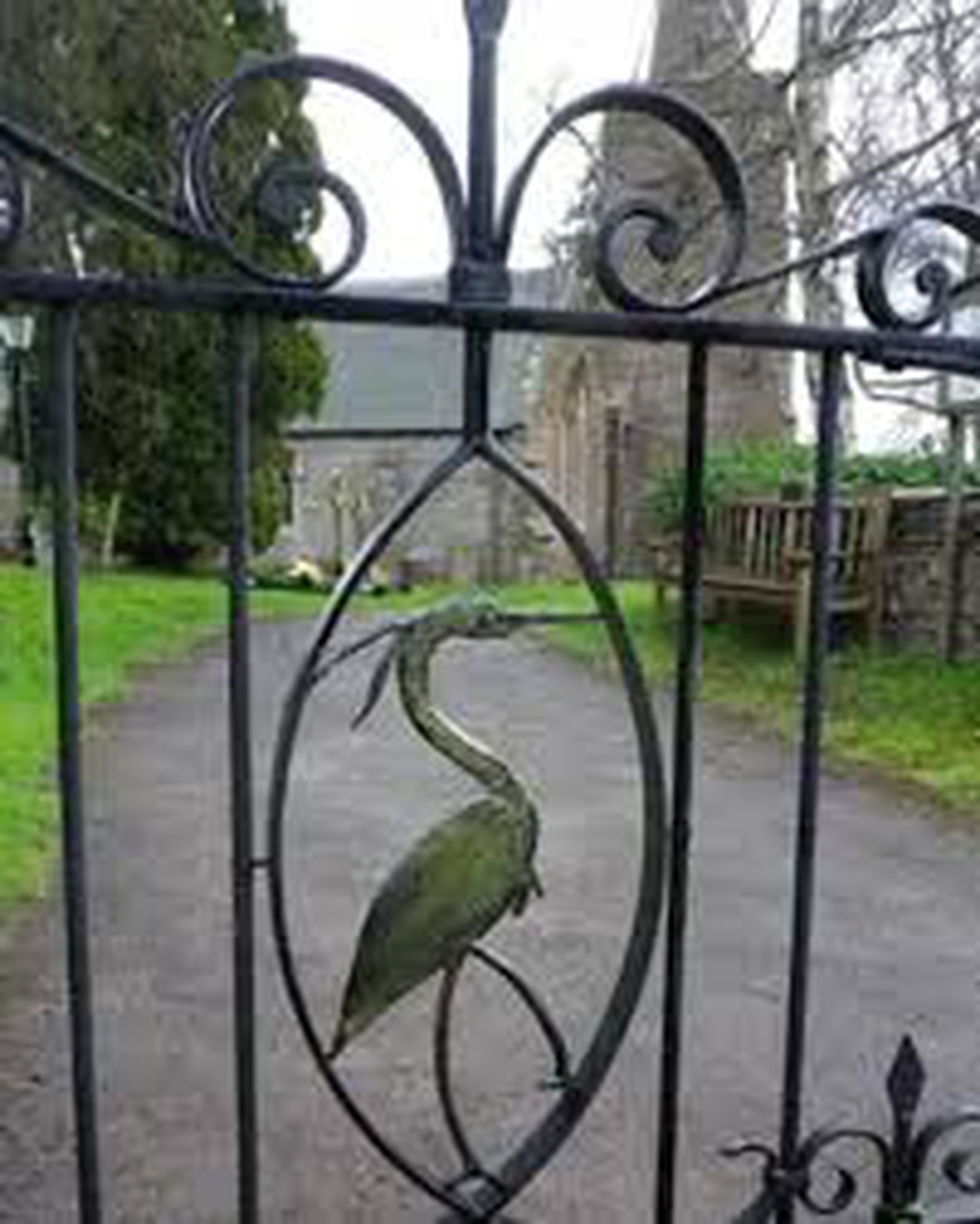 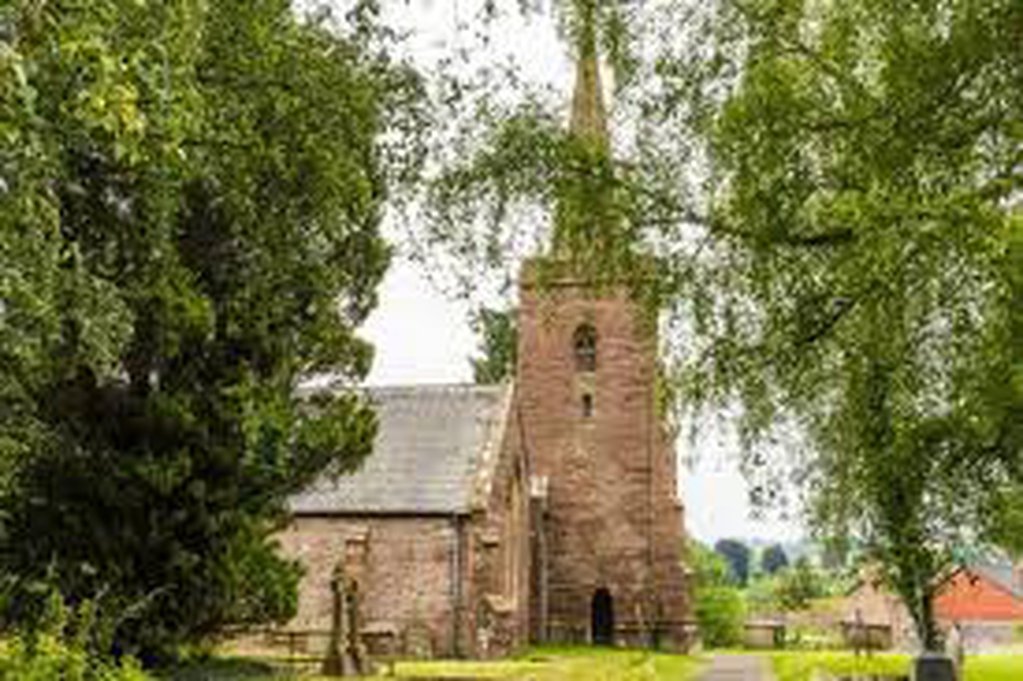 The name of the parish is derived from ‘Llan’ meaning place and ‘Garron’ or 'Garren', being the name of a tributary of the Wye which runs through the heart of the village. An alternative view is that the village is named after the Welsh word ‘garan’ which means a heron, stork or crane. This explains the representation of a heron in the church gates. The two views are not of course mutually exclusive: the Garren Brook probably derived its name from 'garan'. <div>

St Deinst was a Celtic saint who died in 584 and tradition suggests he founded a church in Llangarron under his name. Records of a church in Llangarron go back as far as Edward the Confessor, when a wooden church was consecrated under the heirs of Ceheric ap Eleu and other Celtic names. It was subsequently re-consecrated under William I by Bishop Herwald as Lan garan church. The church walls are of local sandstone and the roofs are covered with slates.

The church consisting of Chancel, Nave and West tower was rebuilt in the second quarter of the 14th Century, the tower being rather later than the rest. The South Porch was added in the 15th Century and Chancel arch was rebuilt in the 16th Century. Late in the 17th Century a North Aisle was built by Thomas Rawlins of Kilrege. It was then enlarged in 1841 for the cost of £390. The top of the spire was replaced in the 20th Century and the old one can be seen to the south-west of the tower where it is used as a sundial. The church is Grade 1 Listed and has a fine collection of items and monuments dating from the 14th to the 19th centuries:-