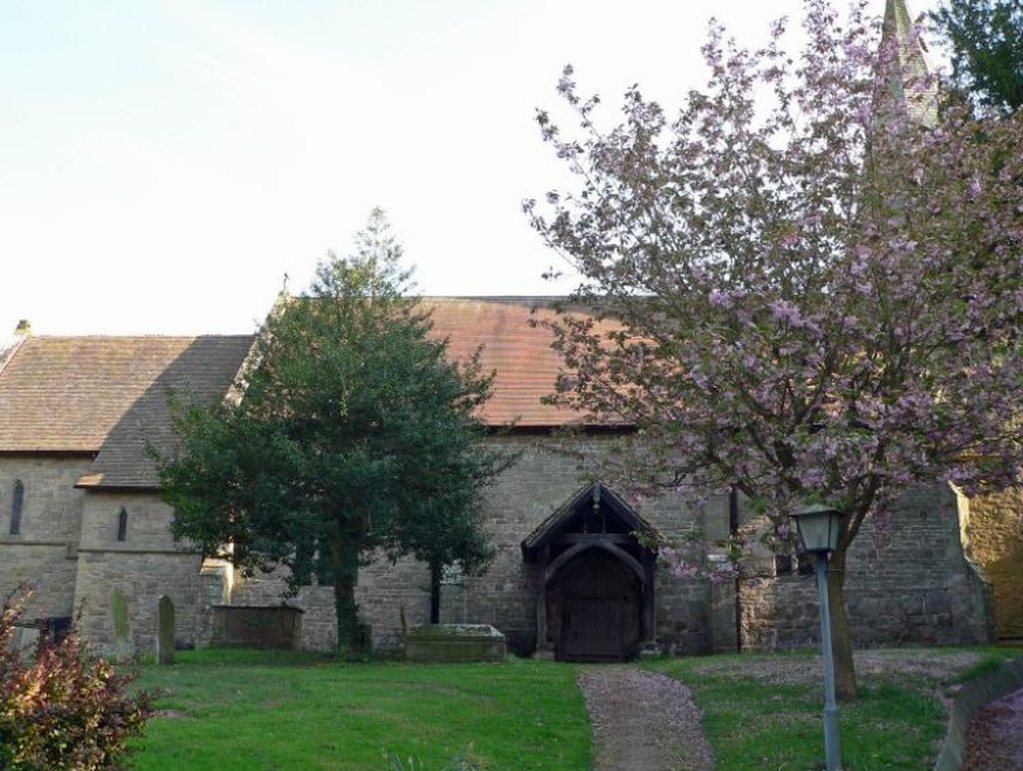 Orleton: St George's
Services and events
News and notices
About us
Find us
Orleton Leominster
Get in touch
01568 612124
Facilities
More information
Social
Edit this Church

St George's Church, Orleton, is part of the Leominster Team Ministry. With an electoral roll of 35 and a regular Sunday morning congregation of 15-20 it is typical of the villages of rural Herefordshire featured in the new BBC2 series A Vicar's Life. Although it might be categorised as "traditional low church", the styles of worship vary from week to week.

The church was built in the 12th Century from local sandstone rubble with sandstone dressings.  Rebuilding and enlarging of the chancel was carried out early in the 13th centurey.  About 1340 the nave was altered and partially rebuilt.  The west tower was added in the 13th century and has a timber chamfered spire covered with oak shingles.

The chancel arch was rebuilt in about 1340.  The moulded label has stops carved with mitred heads with another head at the apex.  Either side of the chancel arech are two large carved heads, the original supports for the rood-beam.  On the north side, there is a smaller head about, and to the left of the rood-beam support.

Here, in relief, is a lesson in medieval history. It is thought that the large head on the north wall is that of King Edward II, with that of his Queen, Isabella, on the opposite side, facing him.  Above his head is the smaller representation of Piers Gaveston, the murdered favourite of the King, whilst the mitred head on the north side of the chancel arch is that of the Abbot of Wigmore, a supporter of the King. On the Queen's side, is the head of Adam of Orleton, Bishop of Hereford during the reign of Edward II and later Bishop of Winchester, who was born in the village, and was one of the conspirators against the King.  At the peak of the chancel arch, looking down on the others is the head of Roger Mortimer, Lord of Wigmore and lover of the Queen, and responsible for the overthrow of the King.

On the north side of the chancel arch is a memorial to the eighteen men from the village who died serving their country during the two World Wars.

In the south-west corner of the nave stand the font, an excellent 12th century font comprising a cylindrical bowl carved with an arcade of nine bays, with round moulded arches and with a standing figure of an Apostle under each arch.  Only St Peter is identifiable by his Key.

This church is a gem and and contains many other interesting features, inside and out.  Well worth a visit.