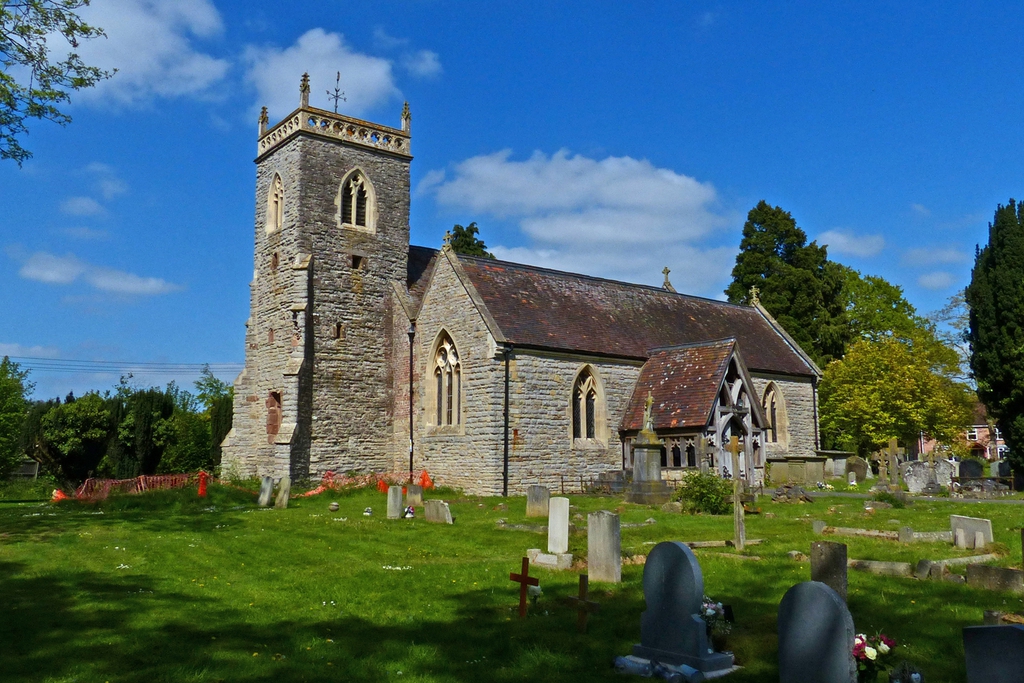 Bishop Wulfstan d.1095 was the last surviving Saxon Bishop. He was a frequent visitor to Kempsey. The Domesday Book of 1086 records that Kempsey with its outlier communities including Stoulton, Mucknell and Wolverton as well as Hatfield, Littleworth and Norton was still in the hands of the bishop who was recognised as the Lord of the Manor of Kempsey.
Around this time a small stone church, dedicated to St. James the Great was built where it stands today, in an area of the estate called Norton. In the early part of the 14th century the people of the area built a new tower on their church, an expensive sign of strength and confidence in the community.
In 1565 the people of Norton petitioned the Bishop for their own graveyard and the Churchyard at St James has been the place of rest for parishioners ever since. In 1788 the independent Parish of Norton was created out of the old Parish of Kempsey. The church was a proper Parish Church and no longer a Chapel of Ease.
The Church of St James the Great has stood at the heart of the local community for over 900 years and many have a deep connection and affection for the building and all that it stands for. That affection, is not limited to those who those who live locally but is also shared by many from much further afield, across the nation and indeed the world, by many ex -servicemen and women who served at Norton Barracks from 1881-1962 and knew as St James served as their Garrison Church
St James and the village of Norton - Juxta – Kempsey has enjoyed close ties with the military since the occupation of the barracks in 1877. Unusually, no church was built within the barracks as it has previously been decided that the soldiers should use the village church. Following the building of the barracks, Norton became a garrison village and St James the Great, a garrison church.
On Sundays depot staff and the recruits would muster for church parade and march to Norton Church for the morning service, often accompanied by the Regimental Band.
Because of the close connection between the regiment and the church St James is home to a number of Battalion Colours of the Worcestershire Regiment and the Churchyard contains the graves of several old ‘Worcesters’ who died while serving at the depot or who settled in the area on completion of their service and lived out the rest of their lives close by, some of them in the village itself.

https://www.hallshire.com/halls/view/2039/the-beechill-room
he Beechill Room is a modern eco-friendly church hall with the added feature of a 900 year old stone wall with ancient elm door to one side and offers a modern secluded peaceful venue for up to 60 people seated in rows and 45 seated around tables with off road parking with outside lighting. Designed to merge into its setting, its facilities include: Good Natural light Good constant heating from a ground source heat pump Built in sound system with sub-woofer A loop system Small kitchen with cooker, fridge, microwave and dishwasher Toilets and toilet for the disabled External lights to path and car park