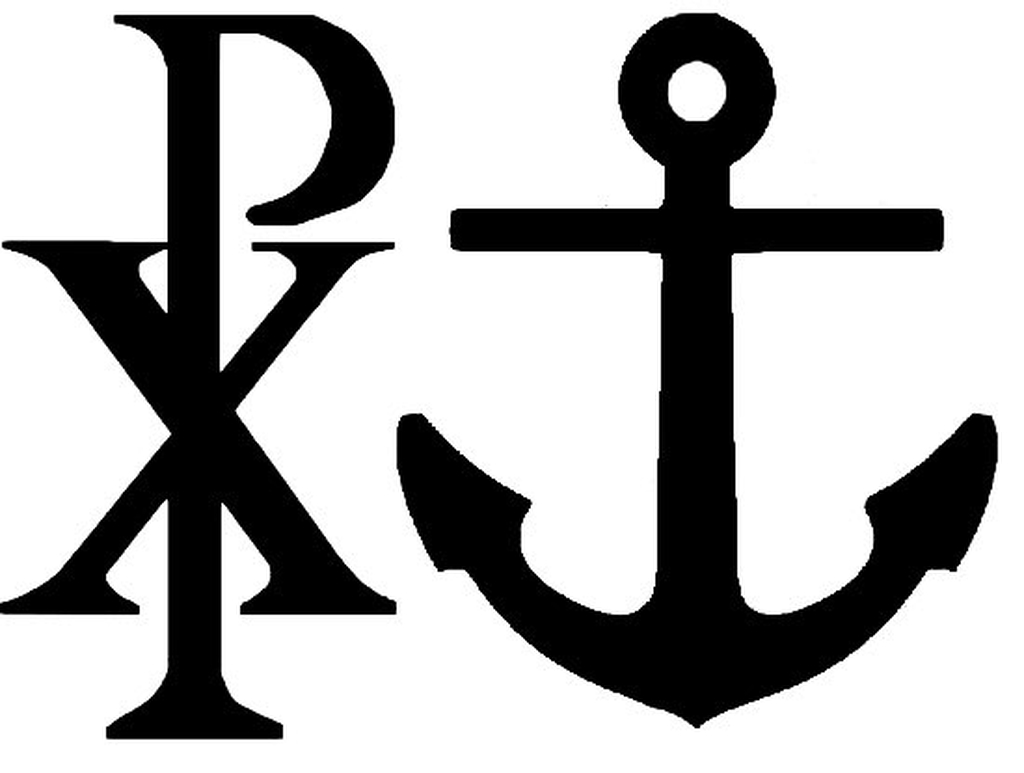 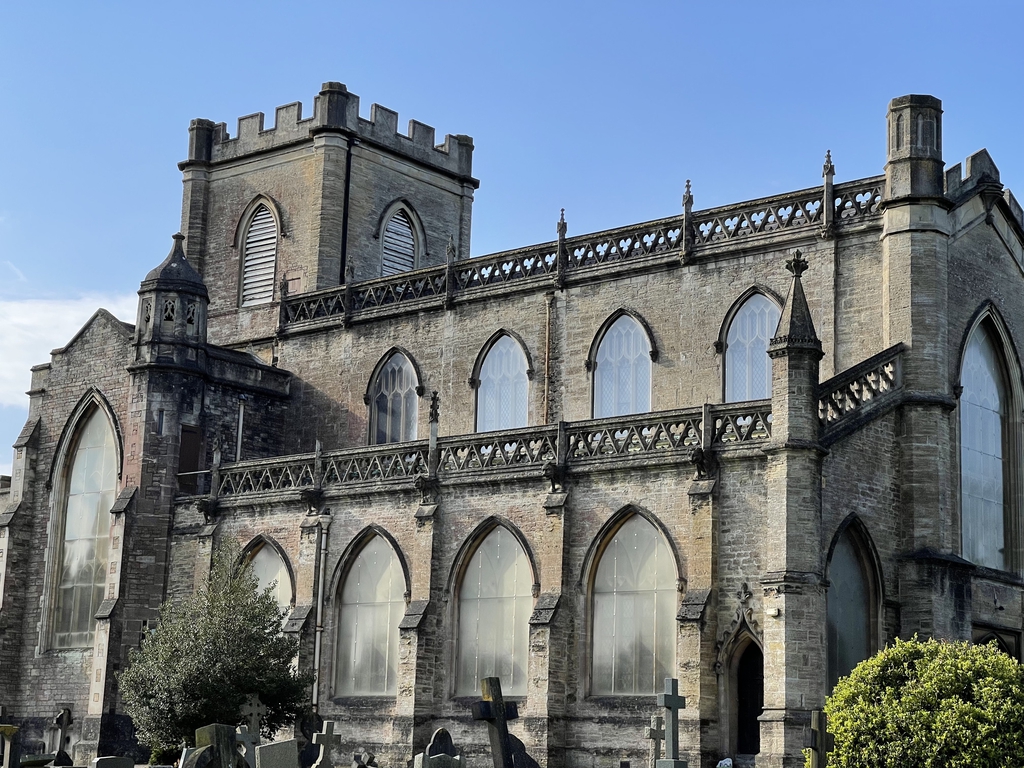 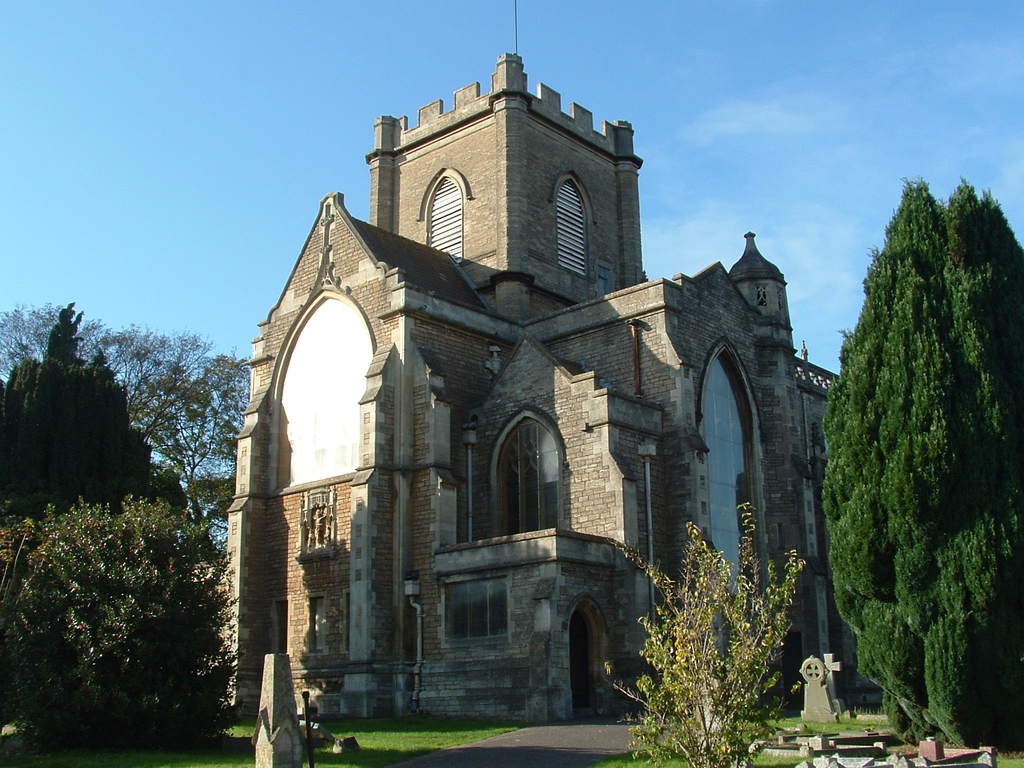 The church was built to serve the needs of a fast growing town in the early years of the 19th century,and to take some pressure from the old Parish church, St John's, which despite the addition of galleries, could not hold all the Anglican worshippers in the town. One of its principal aims was to provide "free seats" for the poorer members of the town and was first known as "Frome Free Church". The advent of Vicar Bennett to St John's in 1852 brought a new "High Church" ethos to Frome which is still upheld at Christ Church. The building is detailed in traditional Somerset style. The church is now close to the original intention of having a cruciform plan although the east end is rather unusual, the chancel being under the tower crossing, and the east end being the sacristy under an open gallery and behind the reredos. The church is constructed of brick and stone rubble and faced with Bath stone ashlar. The main churchyard is a considerable size, having once been shared with St John's Church (1818-1888). It is now closed for burials and is maintained by Mendip District Council. The top churchyard and Garden of Remembrance are maintained by members of the church. The street boundary is marked by a low wall which prior to WW2 was capped with iron railings.