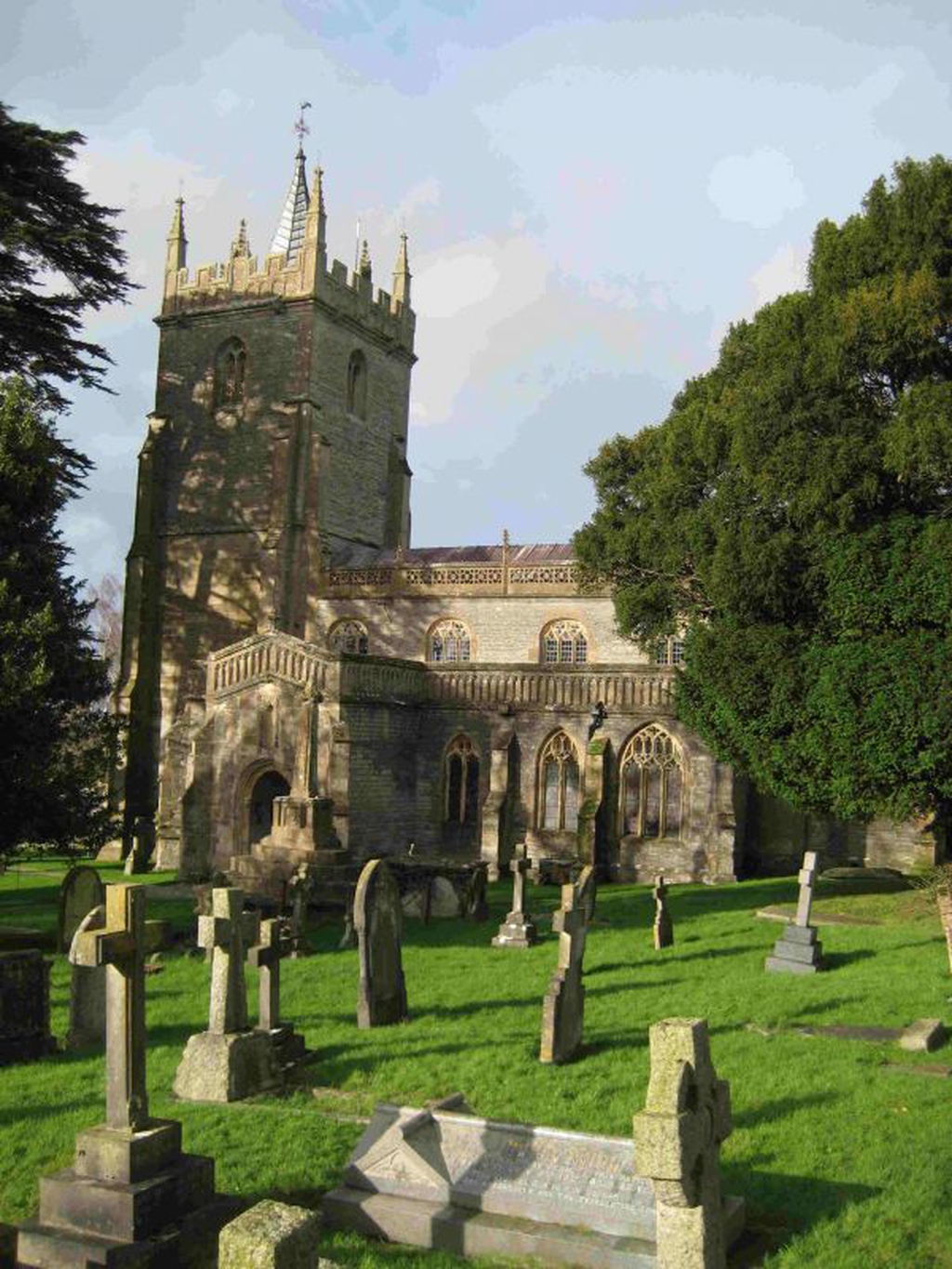 West Pennard was a chapelry of St. John's, Glastonbury, and was first mentioned c. 1200 when the revenues of both were appropriated to the abbey sacristy.  The chapel at West Pennard at the time, was an entry point for travelers from the east going toward Glastonbury.  A dispute between the people of the chapelry and Abbot Nicholas Frome (d. 1455) over the repair of the chancel of the chapel resulted in the seizure of several tenements and the accumulation of debt by 1490.    The dispute was settled in 1528 by the archbishop of Canterbury, who acknowledged West Pennard Parish's dependent status but made the inhabitants of the chapelry responsible for the fabric of the chancel as well as of the rest of the chapel.   The chapelry was served by curates in the 16th century and later.  In the 1780s, it was served by the vicar of St. John's, Glastonbury.   Thomas Parfitt, vicar of St. John's 1812–47, continued to serve West Pennard until 1849 when a resident minister Edmund Peel was appointed, but was quickly succeeded by the long serving, Thomas Partridge Nunn (1850-1901).

From 1954, the parish joined with West Bradley and Lottisham in plurality and then from 1965 as a united benefice.  From 1981, it was a curacy-in-charge held by the vicar of St. John's, Glastonbury.  From 1985 until 2001 was part of the team ministry known as the Abbey Five.  In 2001, St. Nicholas joined with the parish of Lottisham and West Bradley again separating from the Abbey Five.  In 2009, the three churches united with Baltonsborough and Butleigh parishes to become what is known informally as the Brue Benefice, served by a single Priest in Charge, currently Christopher Hopkins, resident at the vicarage in Baltonsborough.