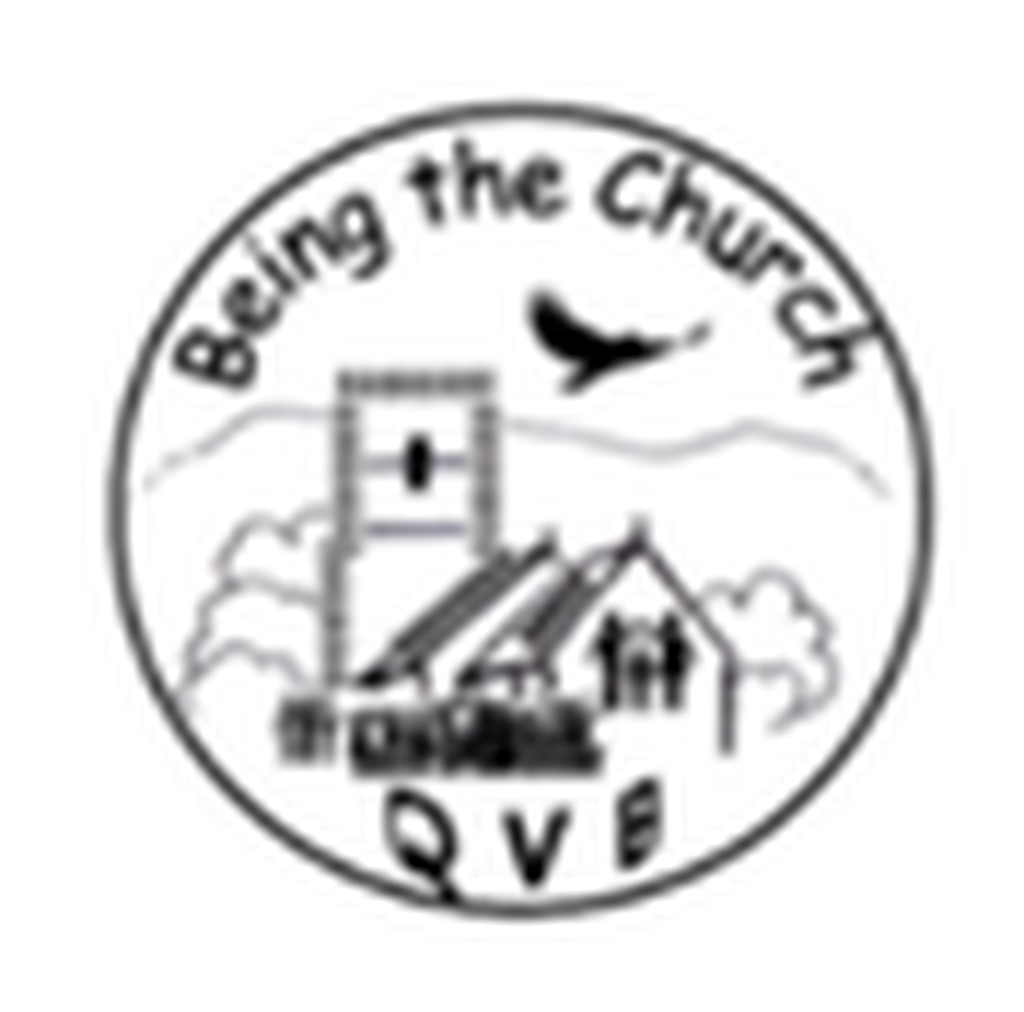 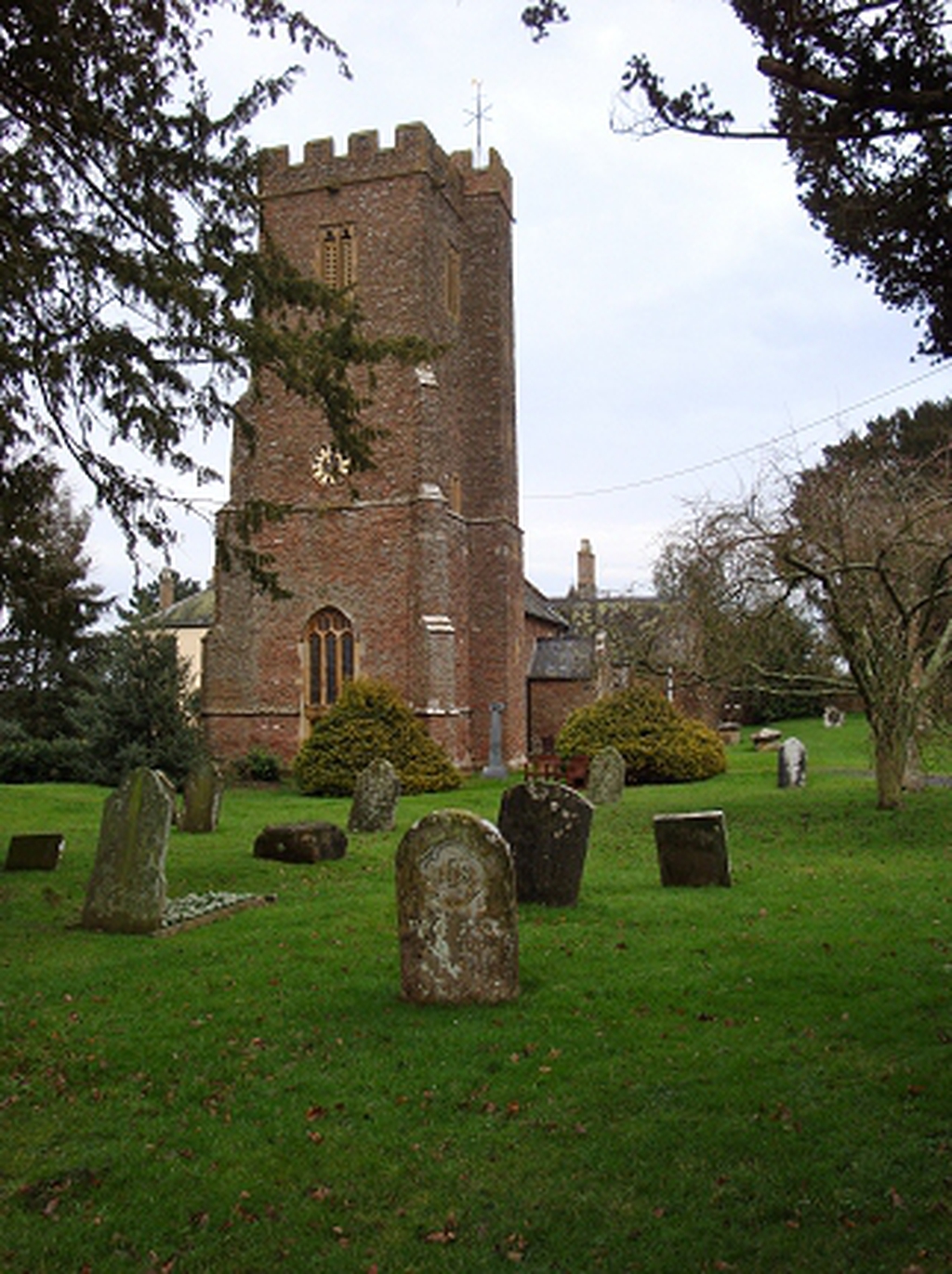 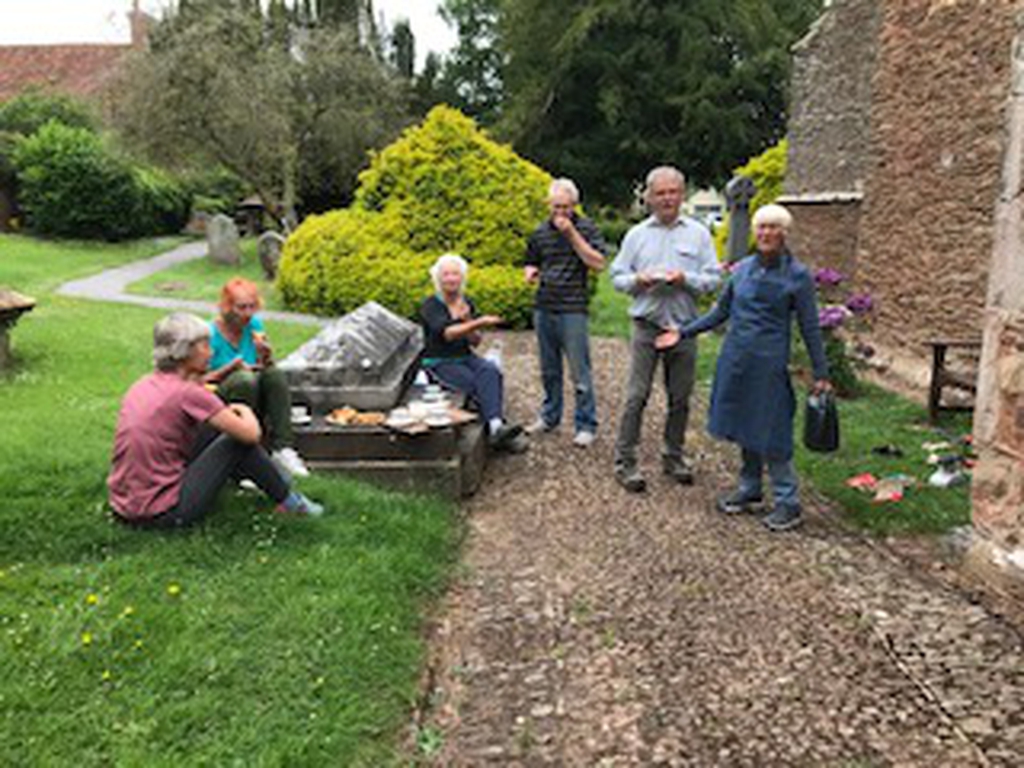 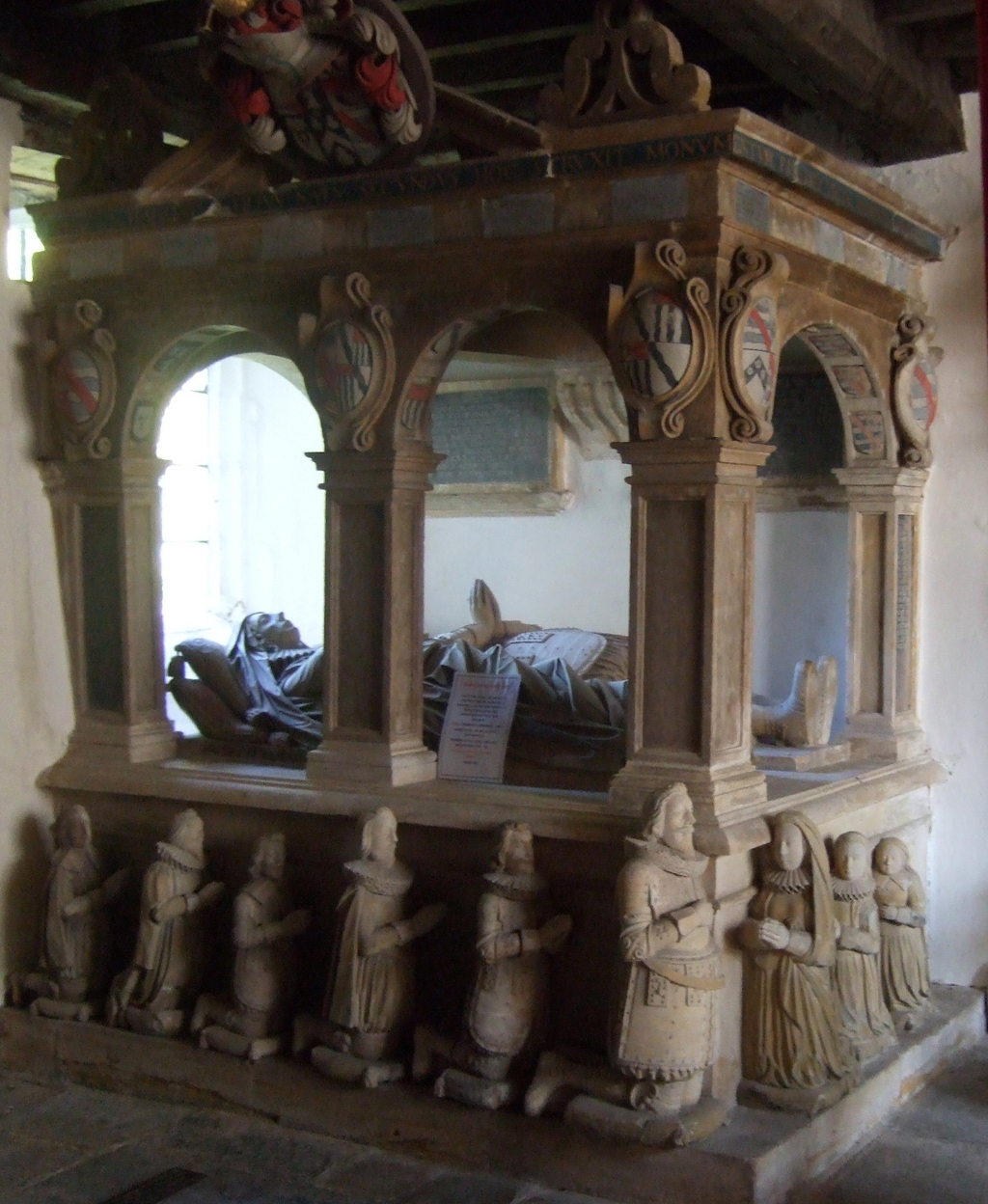 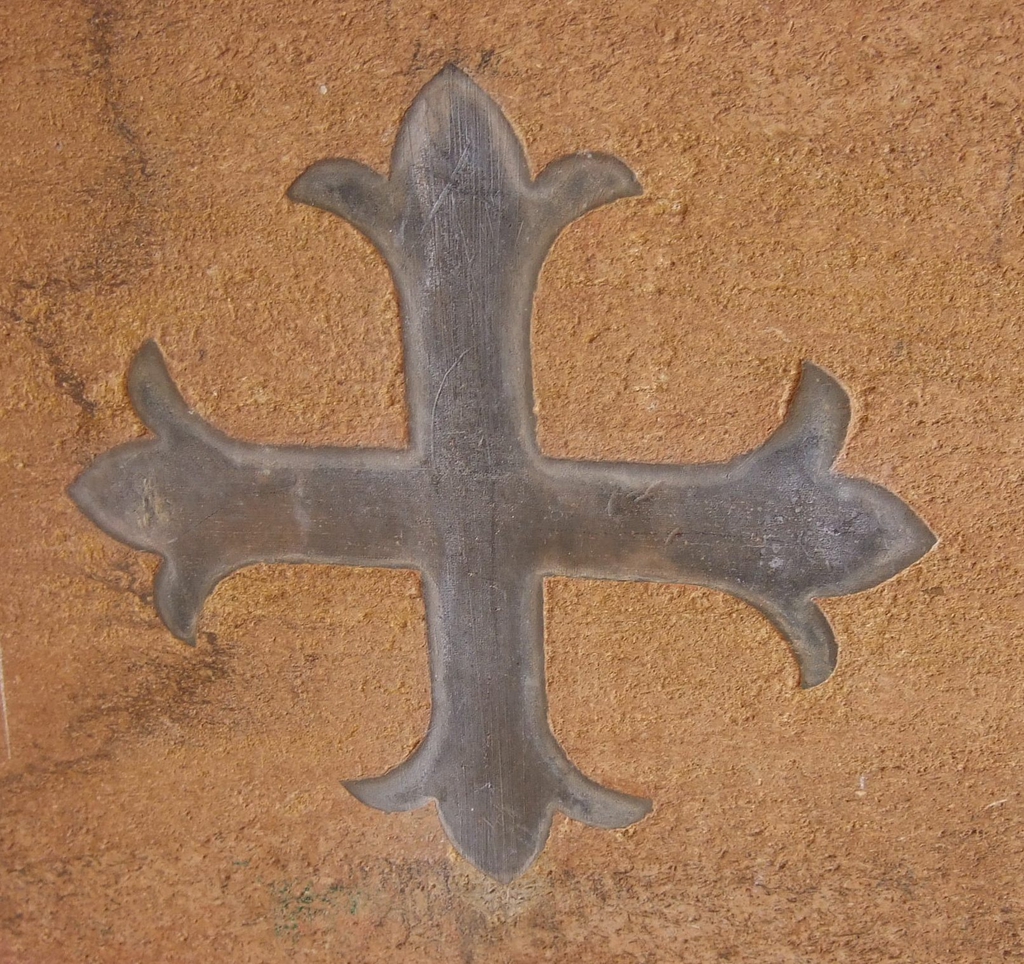 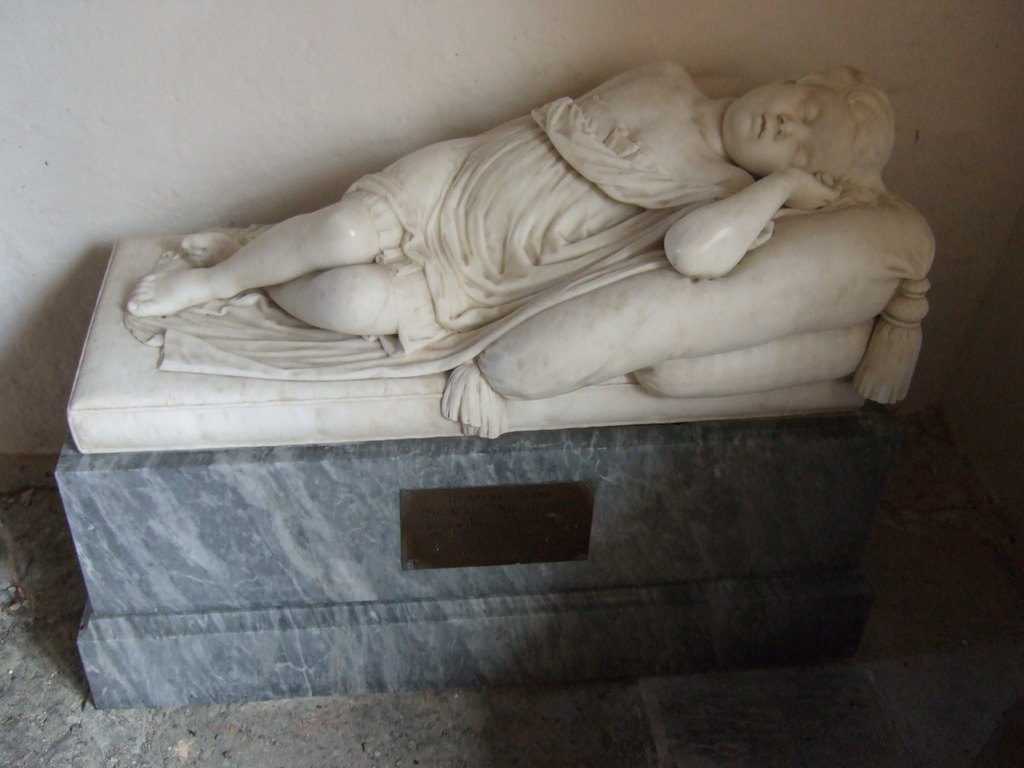 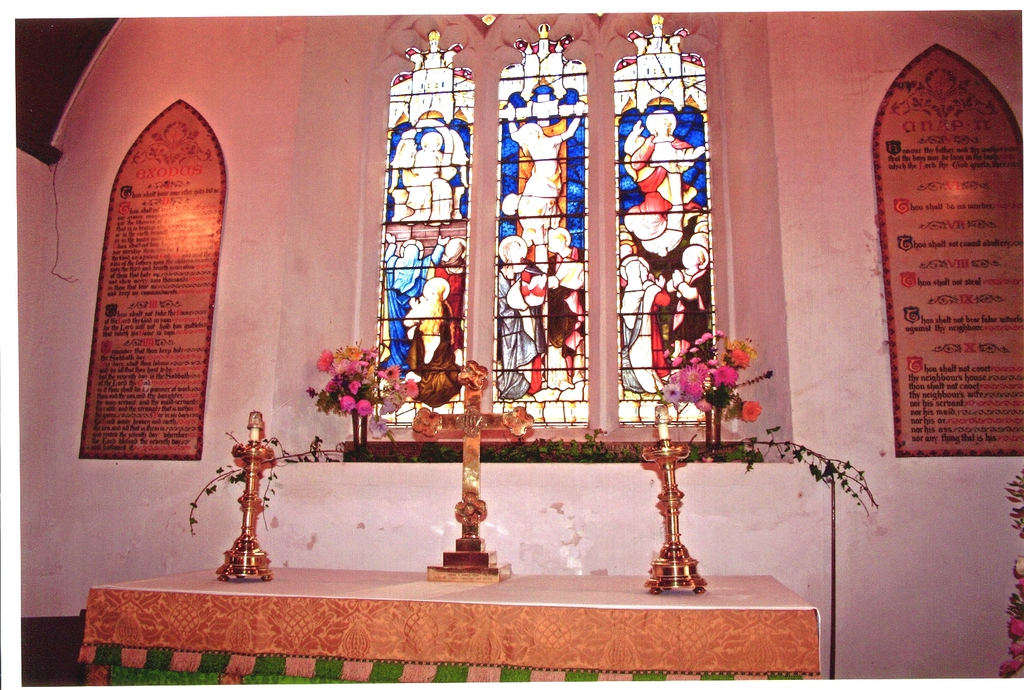 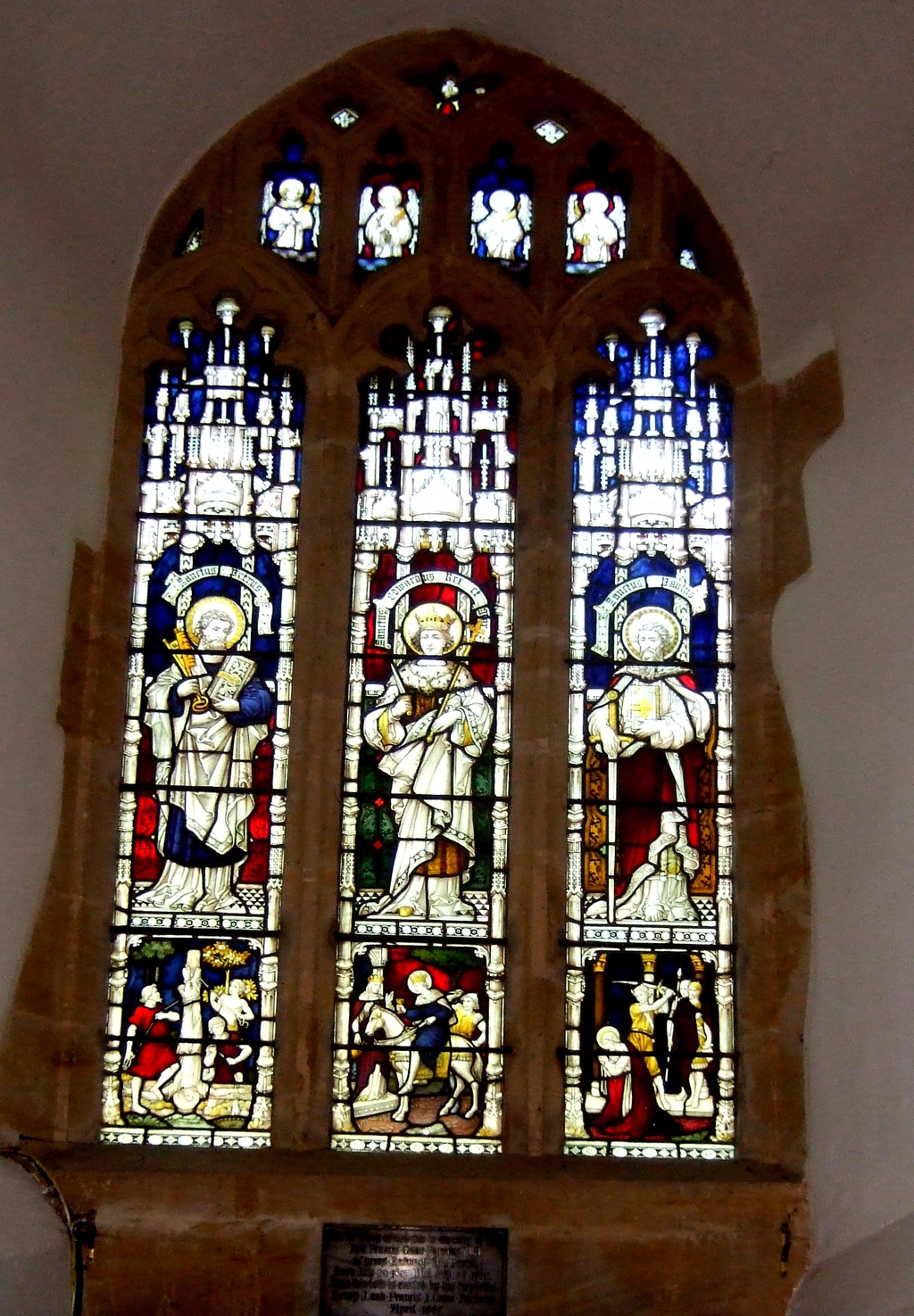 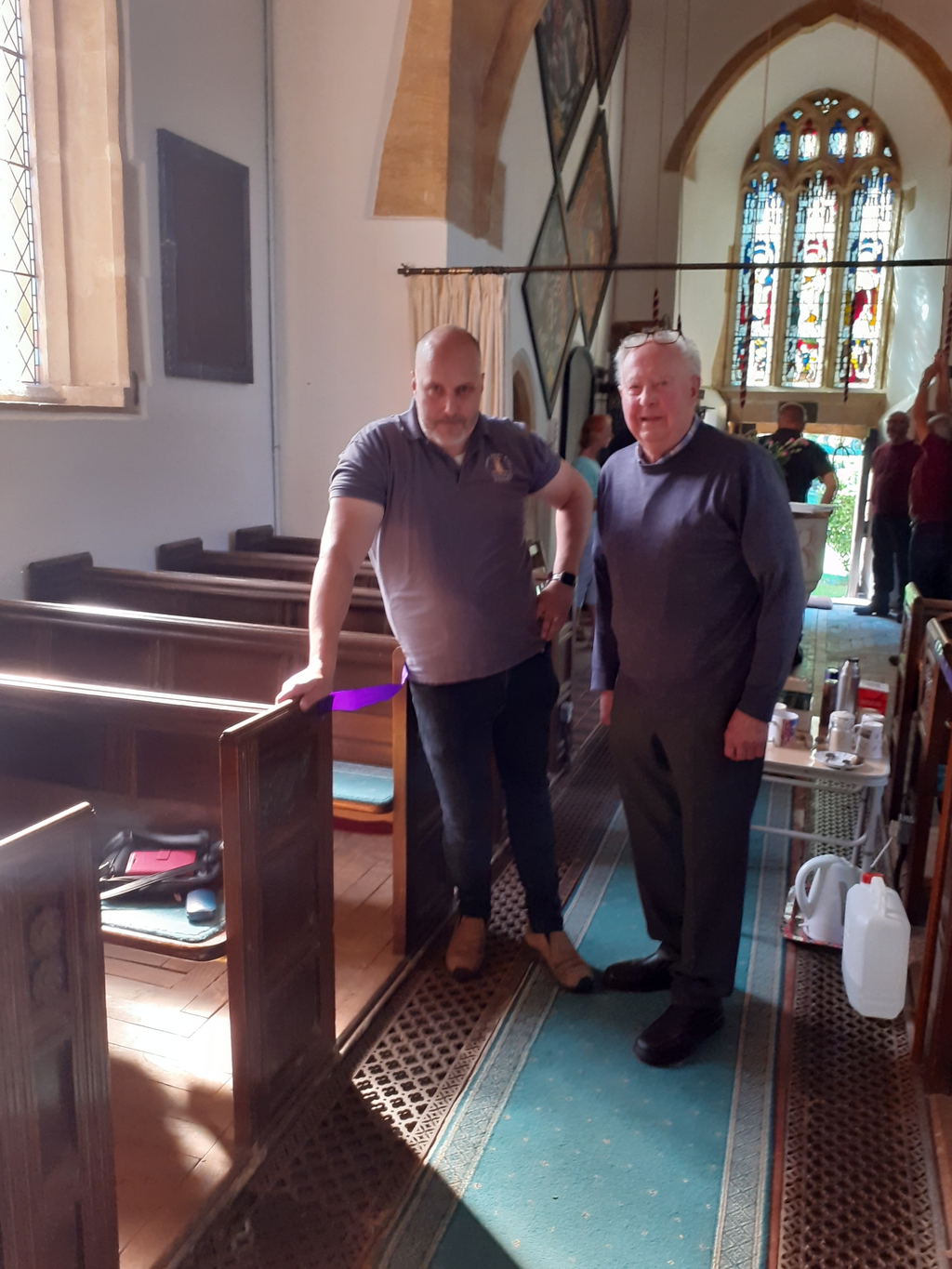 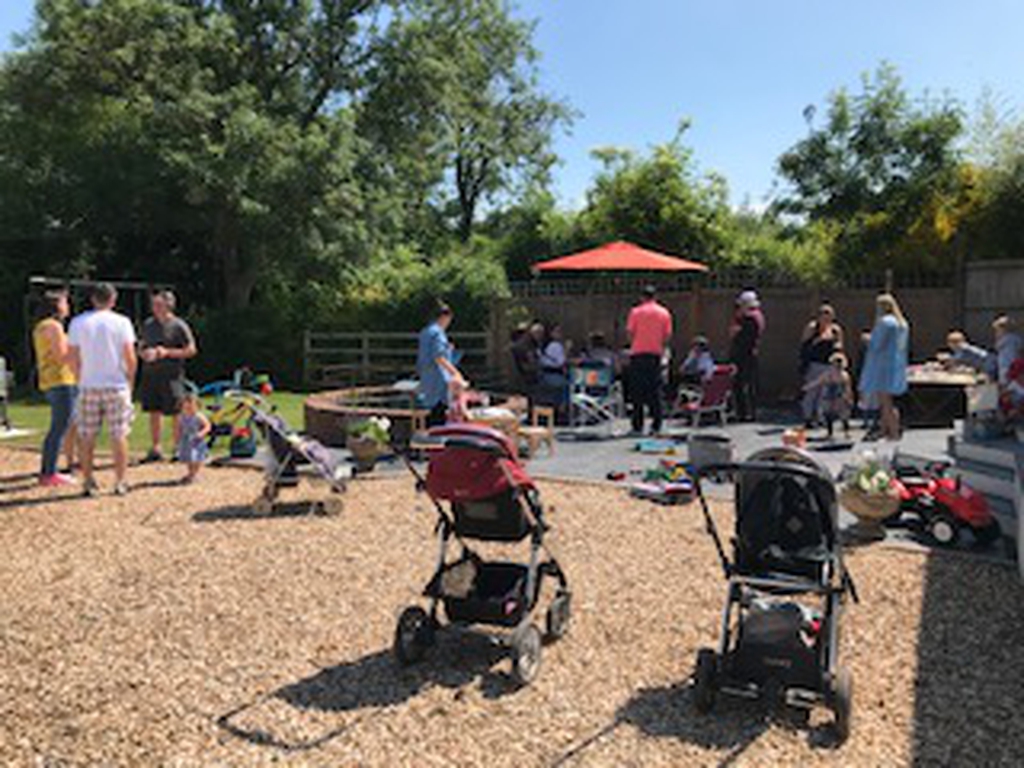 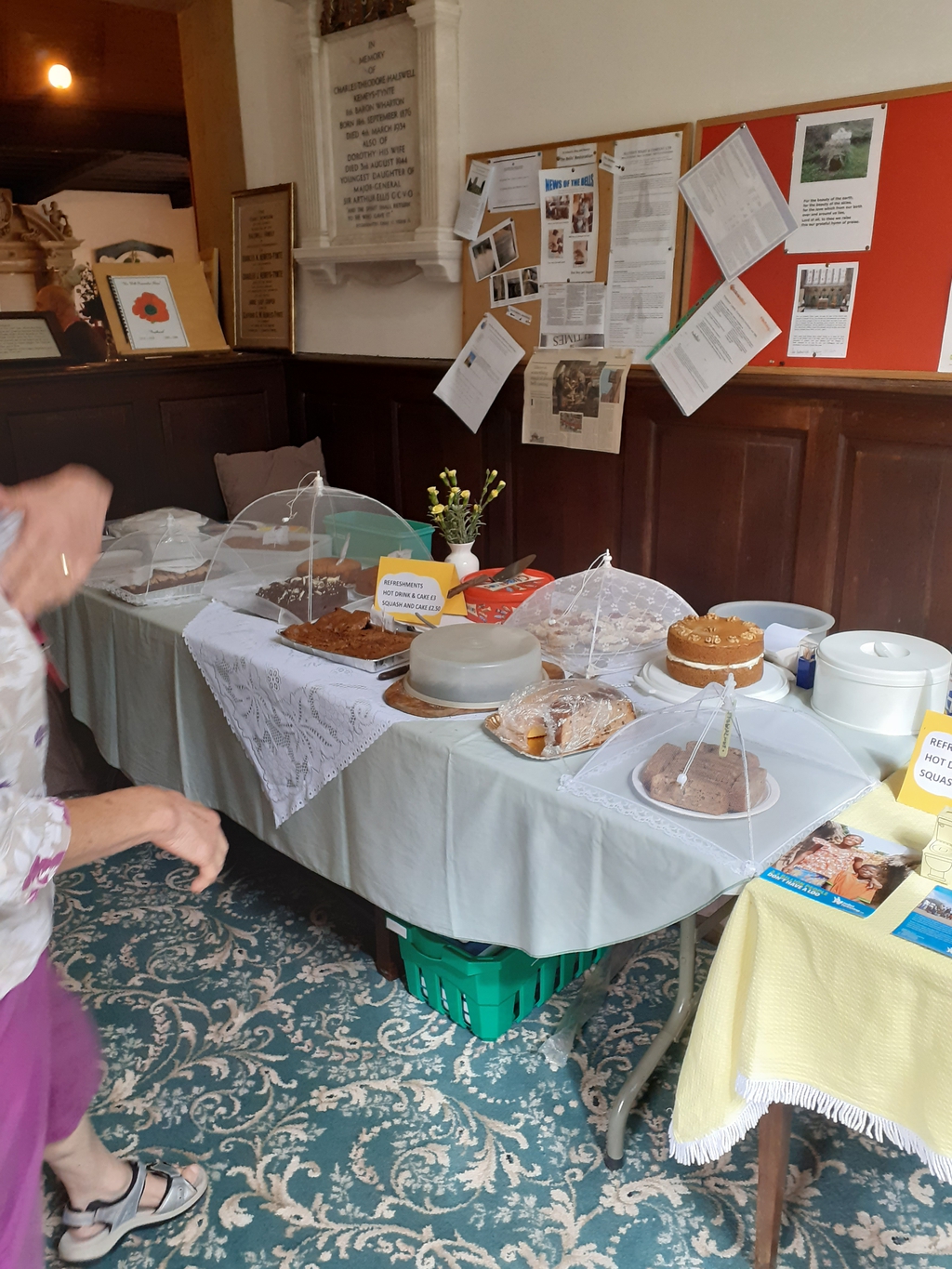 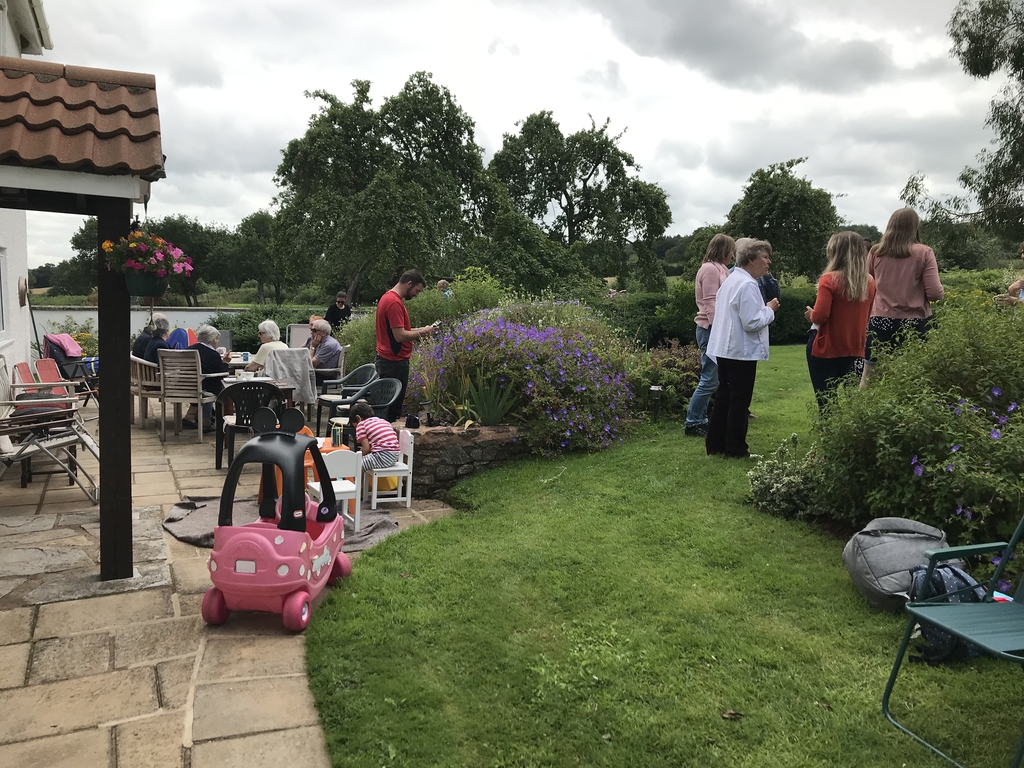 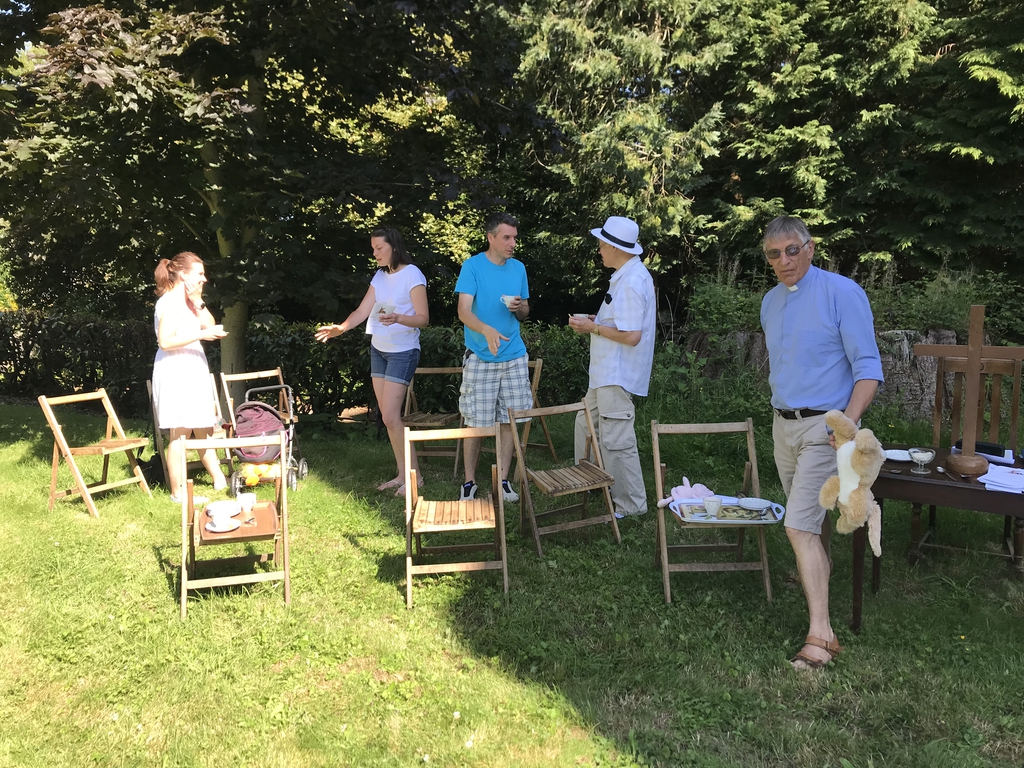 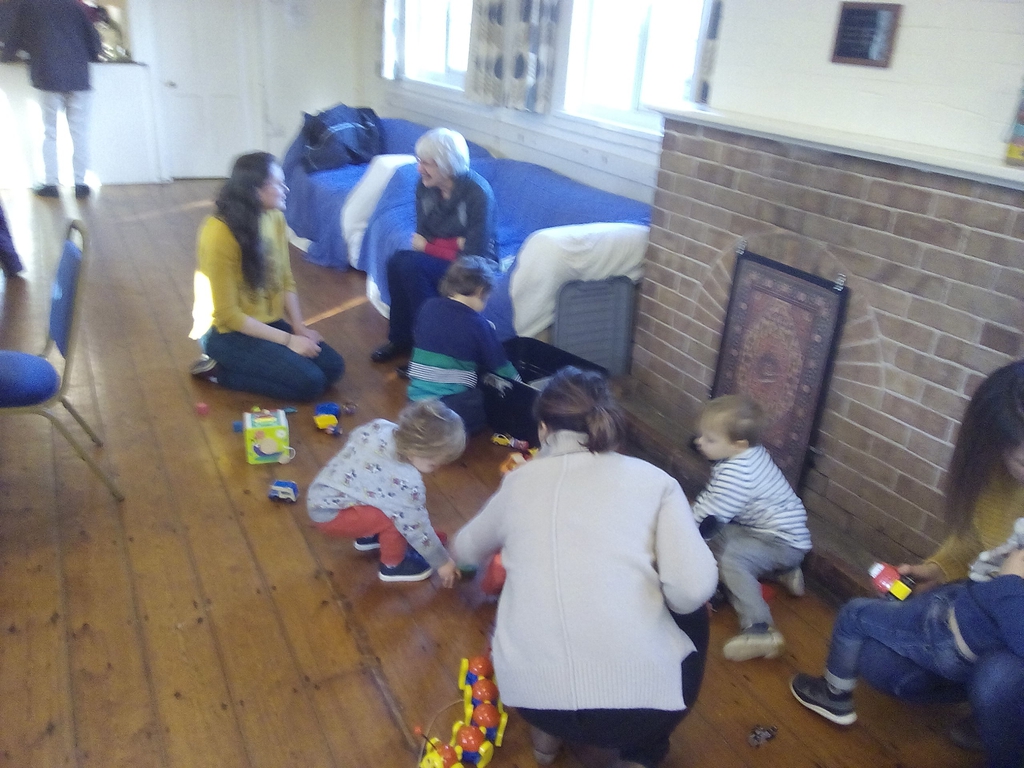 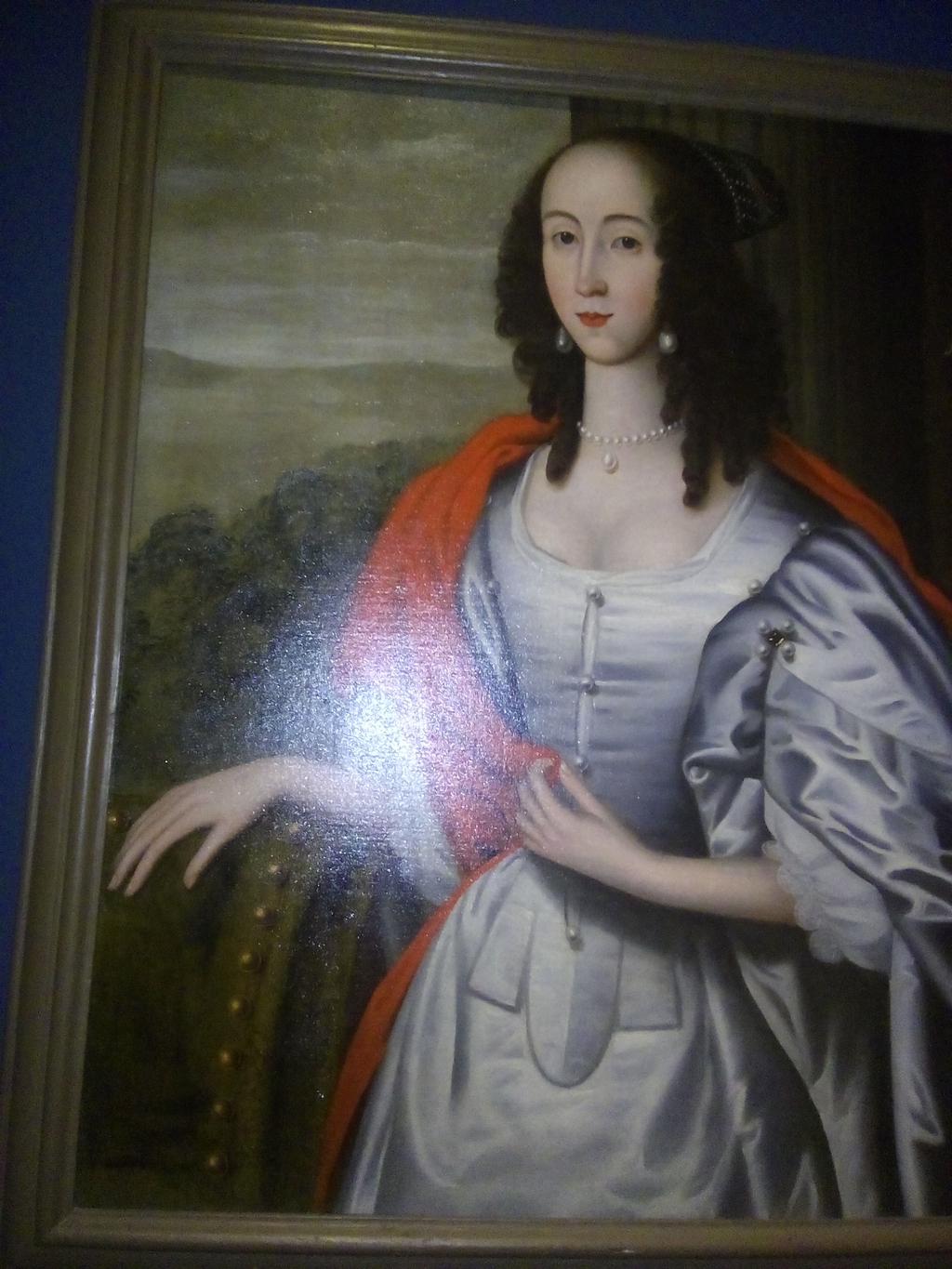 St Edward, King & Martyr
Services and events
News and notices
About us
A Guide for Visitors
Safeguarding
Find us
Long Lane Goathurst Bridgwater
Get in touch
+44 (1278) 661217
Facilities
More information
Edit this church

St Edward's Church is in the village of Goathurst. This claims to be the nearest village to the Quantocks when travelling eastward. The Quantocks is a designated area of outstanding natural beauty. For more information see the Quantock Hills website. As a result the church has many visitors staying at local venues - Huntstile Organic Farm,Robin Hood's Hut, Secret Valley - to name but a few, or in B&B elsewhere. St Edward's also hosts a number of weddings. Whatever the connection, villagers are always very welcoming  whether at a service or if you are just popping in to see the church - perhaps prompted by reading Pevsner or Jenkins. Often visitors in the church bump into a member of the congregation who will always be willing to show off this pretty little church and talk about its history and what is done.

A church was recorded in 1266. The church of St. Edward, so dedicated by 1559, is built of rubble with ashlar dressings and comprises a chancel with the north aisle, a nave with south transept and porch, and a west tower. The proportions of the nave strongly suggest a date earlier than the oldest feature, a 14th century piscina in the chancel; the doorways and windows are 15th and 16th centuries.

The transept was probably added in the late 15th or early 16th century and the north aisle in 1559 when, following a dispute between the lords of Halswell and Goathurst manors, it was agreed that the south transept belonged to Goathurst and that Nicholas Halswell should build an aisle north of the chancel.

The aisle contains Halswell and Tynte family monuments from the 17th and 19th century. In 1424 William Paulet of Beere bequeathed money for the tower which dates from this period. The church was damaged in the great storm of 1703. There was a gallery there by 1707. In 1758 a pew was built for Sir Charles Kemeys-Tynte in the south transept following his purchase of half of the manor and advowson of Goathurst. The ceiling of the transept was decorated in 1830 in Gothic style. In 1884 the church  was restored by J. Houghton Spencer.

The gallery and a wall between the Halswell aisle and the chancel were removed, and the chancel arch was renewed with decorated mouldings. Carved bosses were fitted to the roof and the tower fiver was a parapet.

Five of the six bells were cast in Gloucester in 1705 or 1706, the sixth was recast in 1783 possibly after storm damage to the belfry.

From: Goathurst church, ‘ A history of the County of Somerset’

Church Activities, worship and the village

Our church is a member of the six Quantock Villages Benefice churches  at Aisholt, Enmore, Goathurst, Nether Stowey, Over Stowey and Spaxton.  The Benefice is part of the Quantocks Deanery. In September 2019 the Rev Eleanor King was installed as Rector of the Benefice. Now  the Rector is supported by an assistant priest, Rev'd Kate Saxe and curate, Nicki Bradford,  There are also a number of retired clergy who play a major role in worship between the parishes,

To see more about the other churches link to the more information page or the Benefice Website: https://quantockvillagesbenefice.org.uk/

Our church encourages the local village community to participate in worship. All those who attend comment on the welcome given by the congregation. The village is very active under  normal circumstances. Naturally in the last couple of years many of these activates have not taken place due to COVID restrictions.

In common with most small villages the church initiates and is active in events ostensibly advertised and accounted as fund raising. Whilst these do act in that capacity they are also a means of bringing the village together. These fund raising activities are notable for their inexpensive nature. This is due to the generosity not only of the church members but also many villagers who donate food, time and effort. When planning activities for the year the PCC tries to include events that all may join in whether or not they choose to worship here in the parish church. The church interacts with the Parish Council.  website: http://www.goathurstparish.org.uk/  and with other village activities. Many of the church members help with the Enmore and Goathurst Village Magazine as editors, printers, collators and distributors.

Whilst the PCC sees its role in maintaining outreach and church building as key it nevertheless has an eye to wider outreach. All general offerings are tithed and special collections at and outside services are taken. For such a small village the generosity is notable. In 2021 for example, over £1600 was donated to various charities both national and international..

In Goathurst, we have opportunities every week to meet together for a service of worship, which extends our understanding of the Gospel and helps us develop a deeper sense of faith.

Our pattern of services vary from week to week, the general monthly pattern is to be found elsewhere on this website. We have fellowship with those we see only occasionally at the Benefice Services held in one of the churches usually in a month of five Sundays on the last. We all benefit from meeting and worshipping together in one of the six churches.

On Wednesday mornings a short service of Celtic Morning Prayer is held in the Kemeys-Tynte Pew in the church.

A Benefice news sheet is produced to keep the six churches in touch and to broadcast events to come. These are available at the church services each Sunday and by email.

Printed booklets are used for all services including the Prayer Book Holy Communion and Evening Prayer.

Over the past few years we have had ministers with diverse practices and have learnt to live comfortably with differing views and patterns of worship. However we can still be hidebound by historical traditions so we need guidance to think ‘outside the box’ in order to win more souls for the Lord. We want to find ways to show and spread the love of Christ in a very real way in our community. This was summed up neatly for us by one of our number. “We seek ways to perpetuate the Christmas Eve Carol Service feeling every week within our church”.