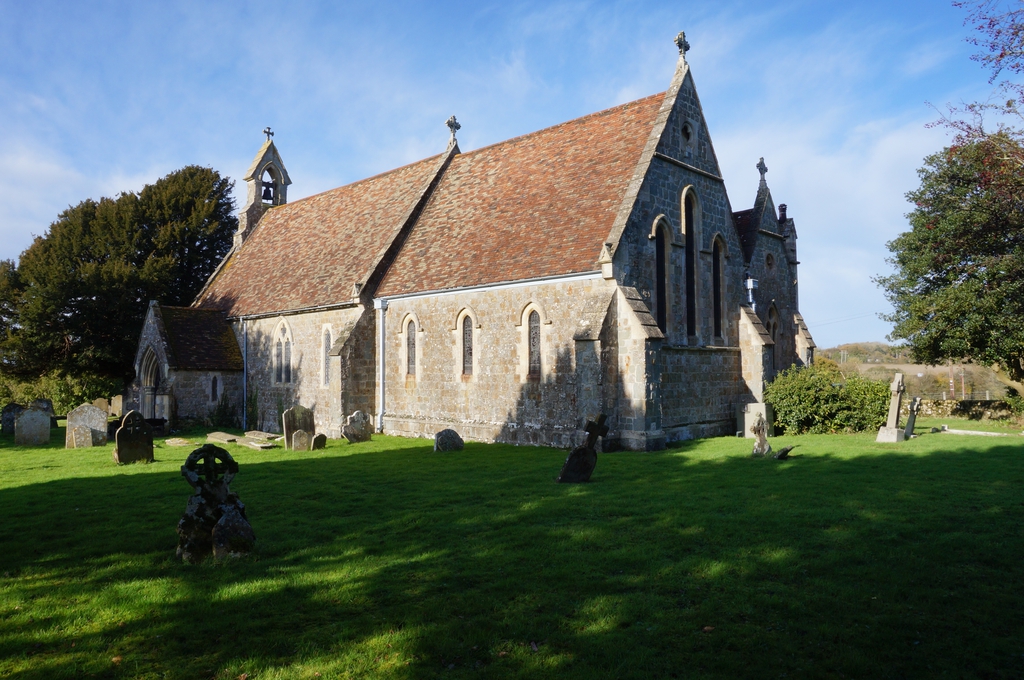 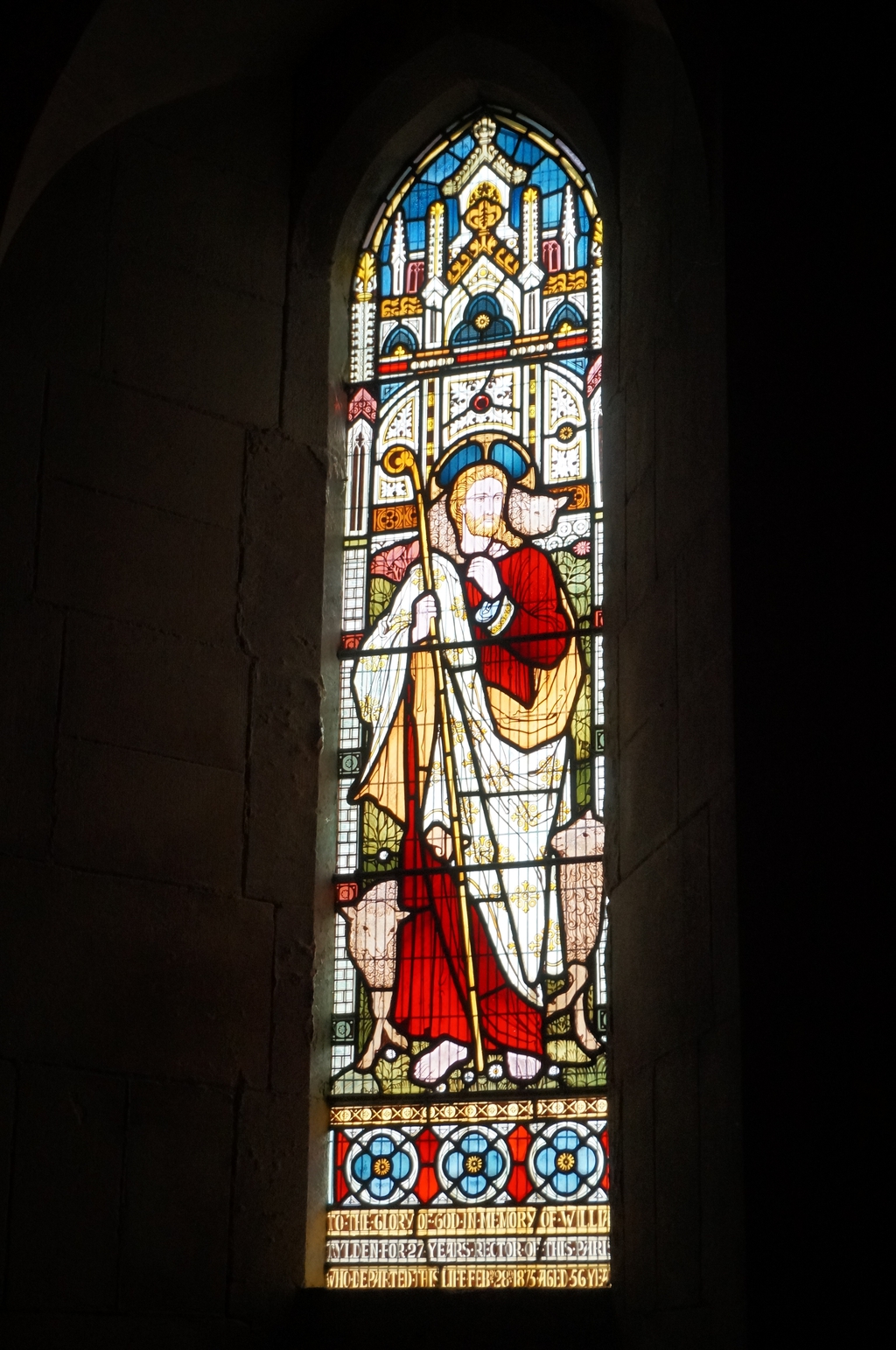 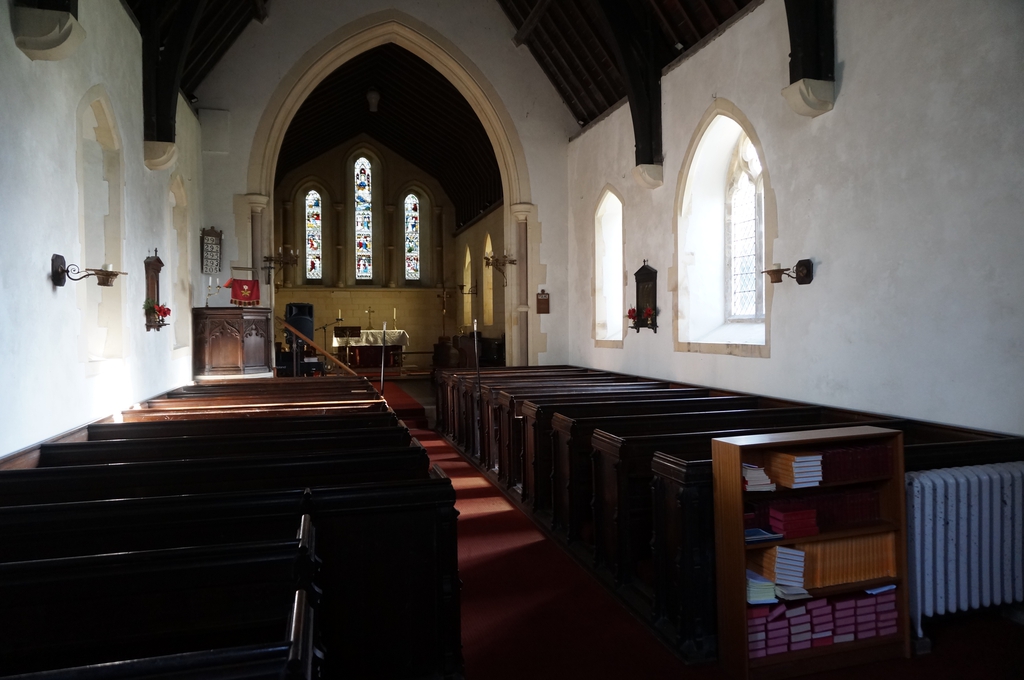 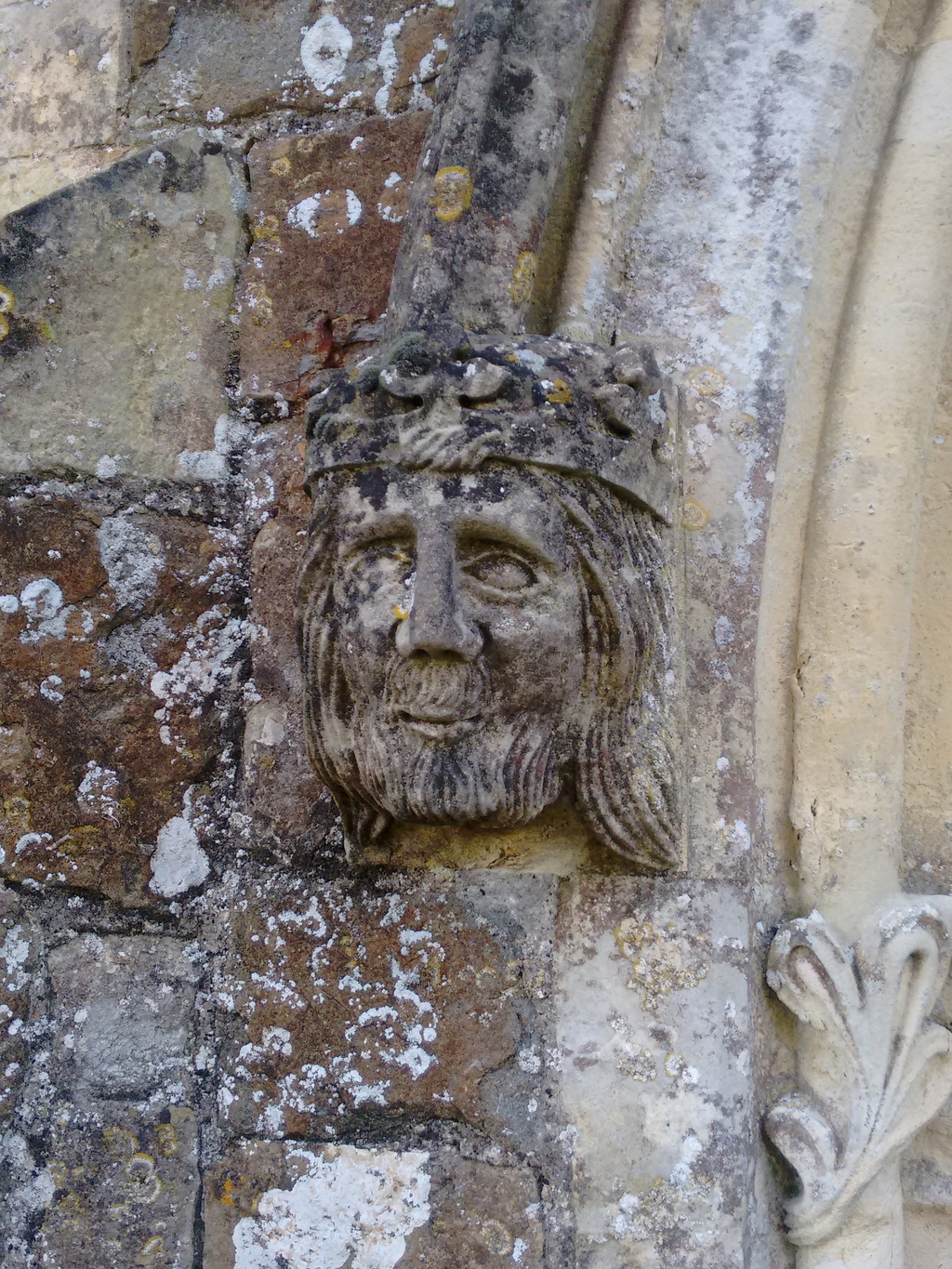 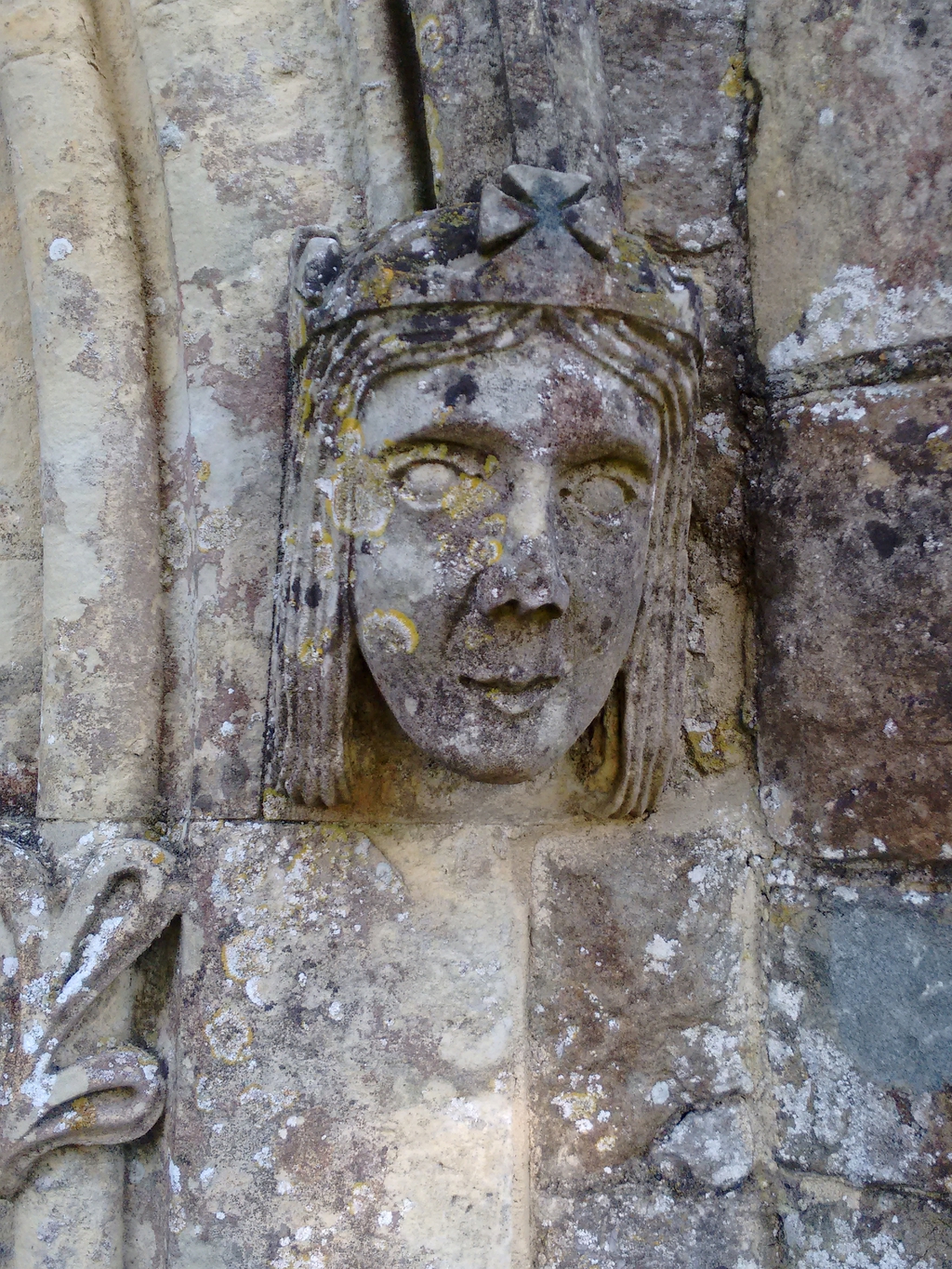 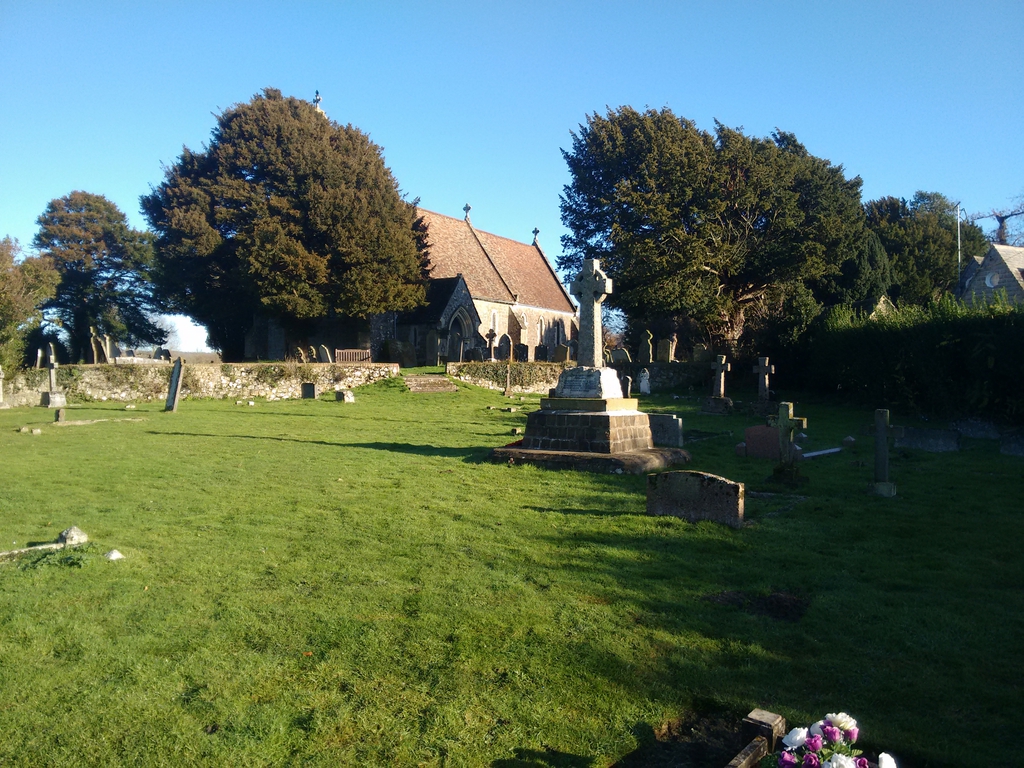 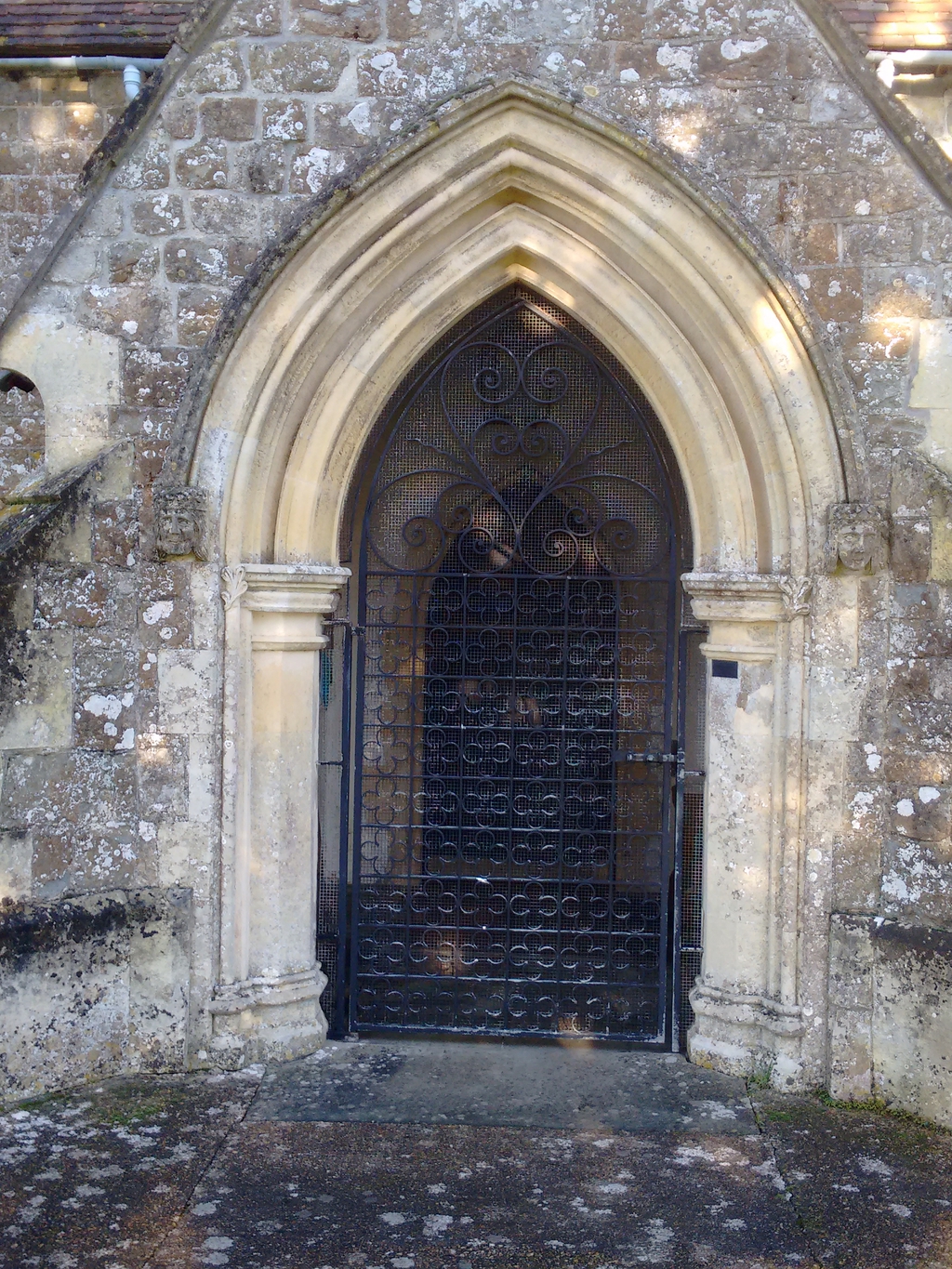 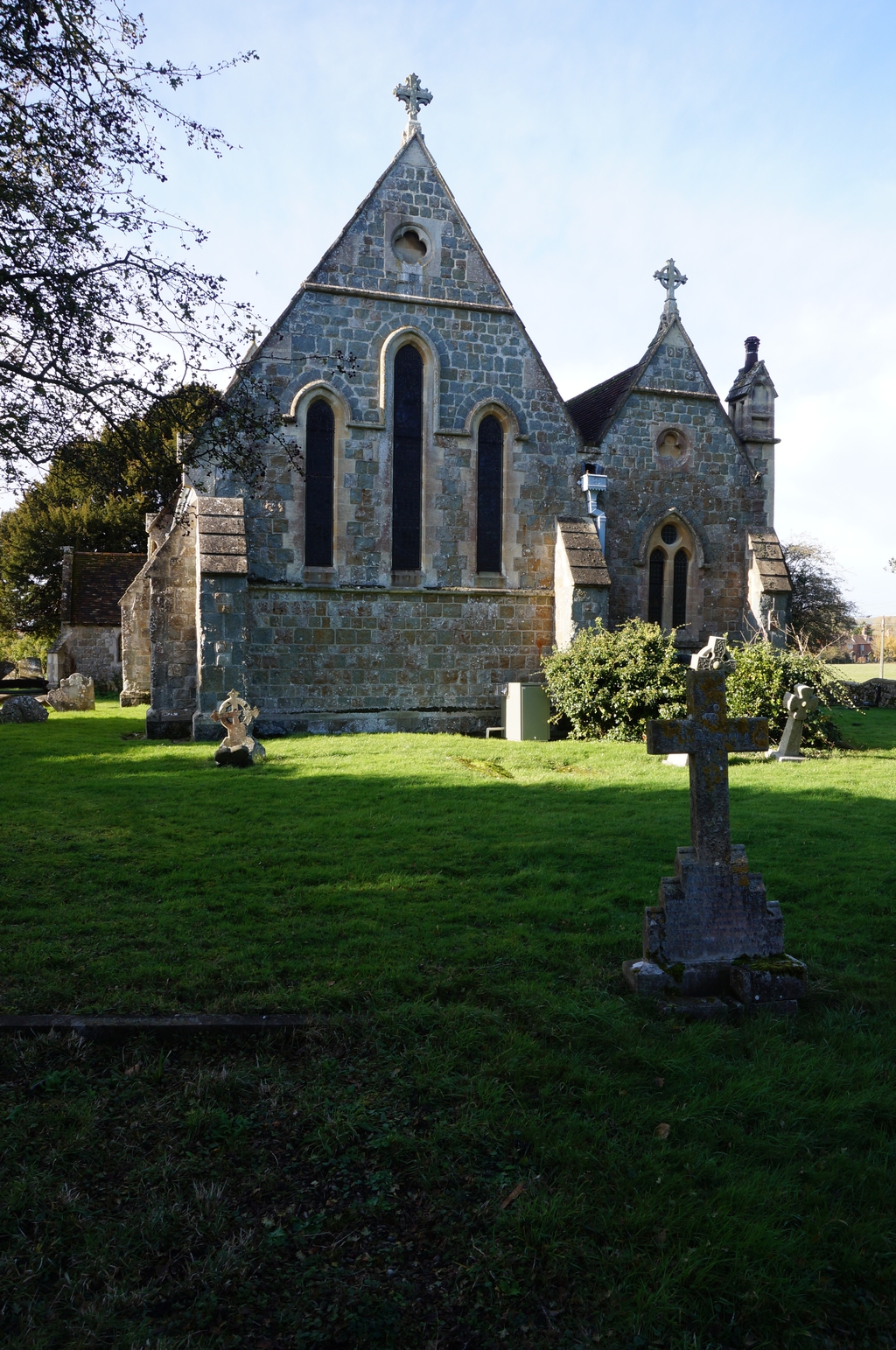 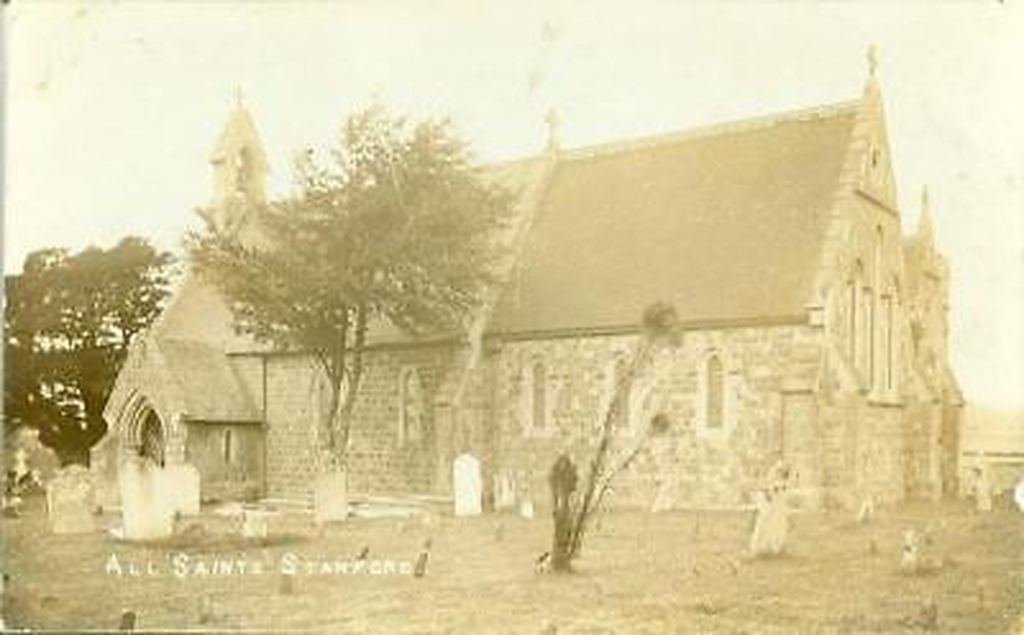 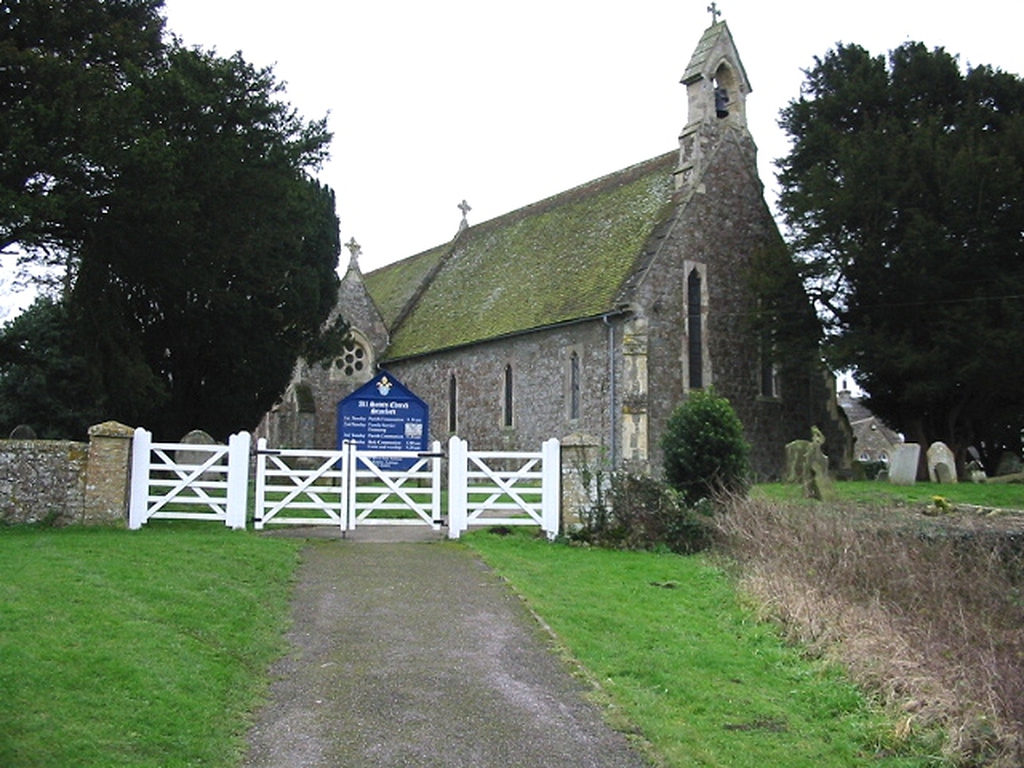 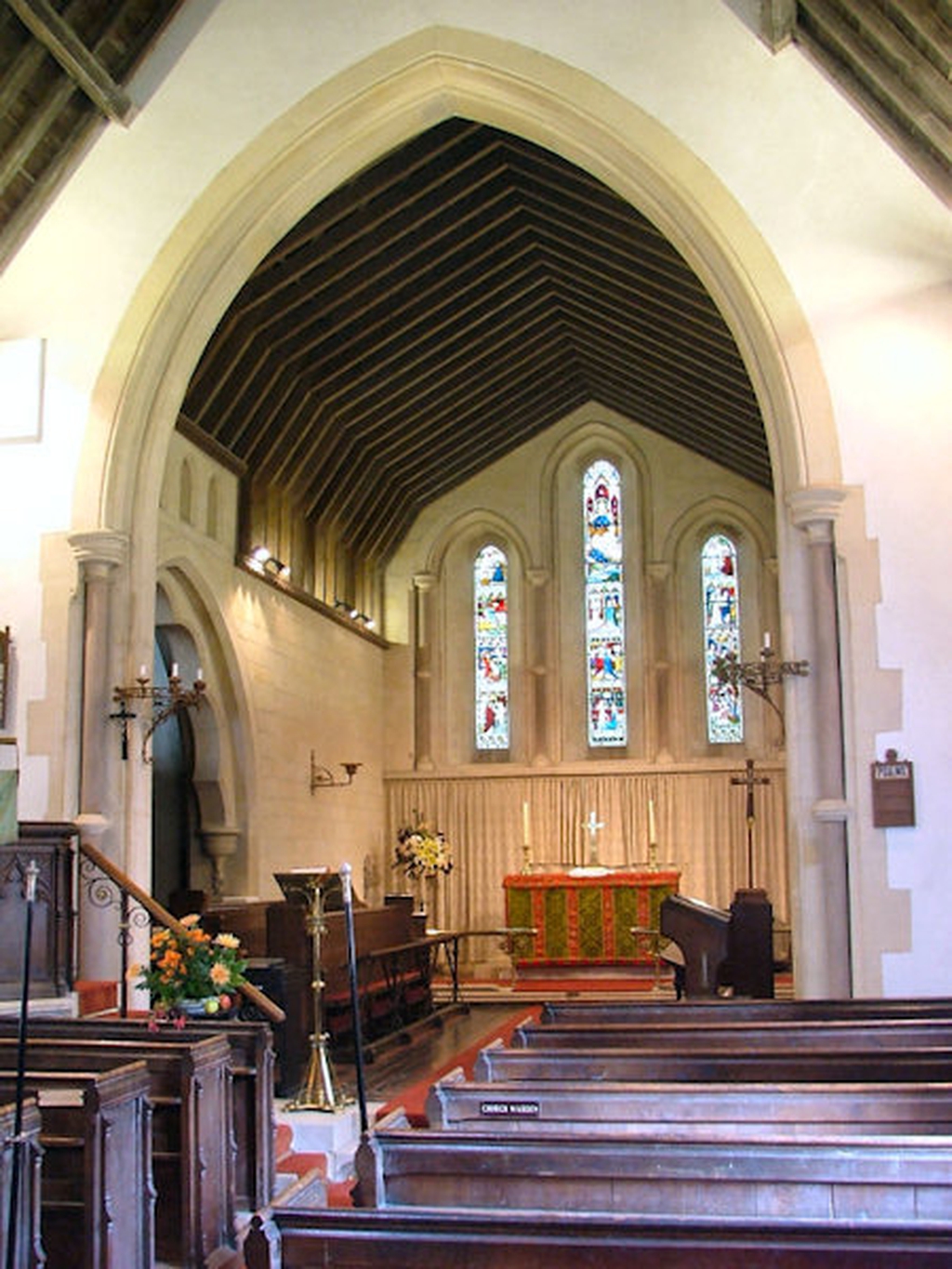 LOCATION: Situated on a low Folkestone beds hillock with the Old Rectory and higher ground to the east, it is at c. 260ft. above O.D. with the East Stour just below to the west and beyond it, Stone Street.

DESCRIPTION: The church was completely rebuilt in 1841 (chancel) and 1878 (nave), but Hasted VIII (1799), 77 describes the earlier church as 'a small mean building, and consists of one isle and one chancel, having a low pointed turret at the west end, in which are two bells. There are no memorials in it.'

Petrie's early 19th century view from the S.E. shows a simple rectangular nave and chancel with a 2-light east window with quatrefoil above (c. 1300): also a ? Perp. square-headed window on the S.W side of the chancel. The S.E. window of the nave (2 light) appears to be post-medieval and there is a dormer in the roof above. There is a south porch, and a west bell-turret with a shallow pyramid roof.

The 19th century church is in a uniform style with "13th cent." windows, etc. It has a nave, chancel and large N. vestry made with blocks of strongly glauconitic Lower Greensand surrounded by heavy cement pointing. Windows, etc. in Bathstone. It then became a separate Rectory (in the 1870's).

Shape: All around the church with modern extension on lower terrace to S.W.

Building in churchyard or on boundary: Old school to S.E. + Rectory to E.

Earliest ref. to church: In Domesday Monachorium it pertains to Lyminge.

Late med. status: Chapel to Lyminge, and attached to the rectory of Lyminge, as was Paddlesworth.

Patron: Rector of Lyminge, and ultimately the Archbishop until the Reformation.

Outside present church:  disturbed by 19th cent. foundations, but remains of earlier church below.

The church and churchyard: The site of the earlier (medieval) church presumably lies beneath the 19th century one.