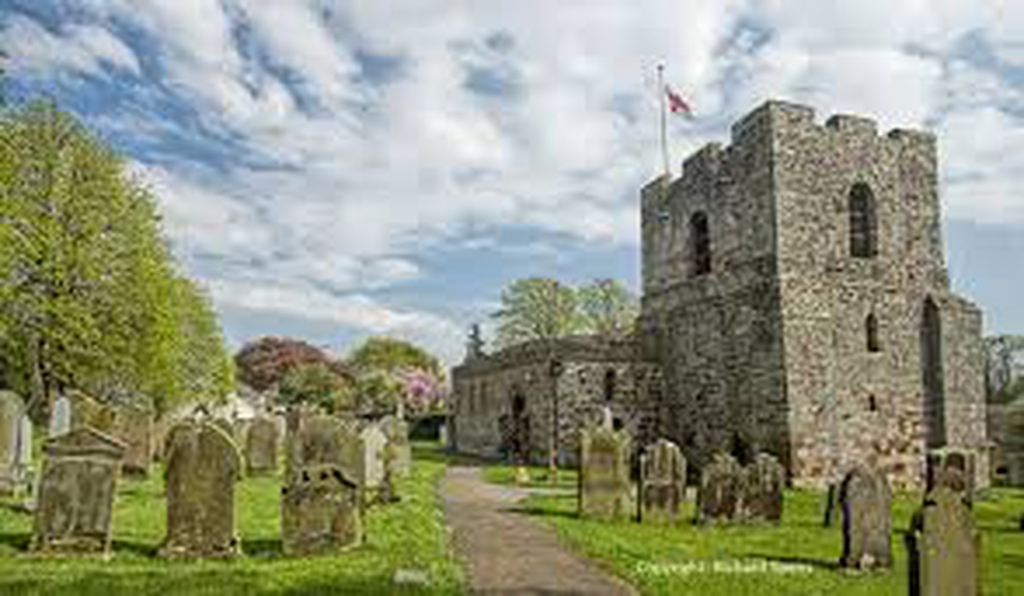 There are cycle racks onsite

All assistance dogs are welcome.

We are very pleased to say that Burgh Church has now reopened for visitors and private prayer on a daily basis. This is something we have wished to do for many months, but we have been obliged to follow the national Church of England regulations for health and safety, insurance and practical reasons. The regulations have been eased in recent days, which means that we are now able to look forward to the church building being available for everyone, every day. Thank you to everyone for your kind patience and understanding while this has not been possible.

Grade I Listed, 12th century and one of only a small number of fortified churches in Cumbria, St Michaels represents many layers of history, built on the site of the Roman Fort of Aballava, alongside the line of Hadrian’s Wall. It suffered turbulent times during cross-Border warfare and later at the hands of the notorious Border reivers – and there are many visible architectural features in the church today from those days. The powerful Plantagenet King Edward I (known as Longshanks) lay in State in St. Michael’s, following his death nearby on Burgh Marsh in July 1307. The Royal Court came to Burgh Church, with the King’s heir, to pay homage and for ten days during that time Burgh Church was at the centre of events which shaped the life of the Nation.Take a ‘Walk Through Time’ along the churchyard path, which features a granite time-line of significant events down the centuries. Stand in the atmospheric medieval tower where villagers sheltered during Border warfare, and see the Norman carvings of creatures and the interesting illustrated historical display panels.