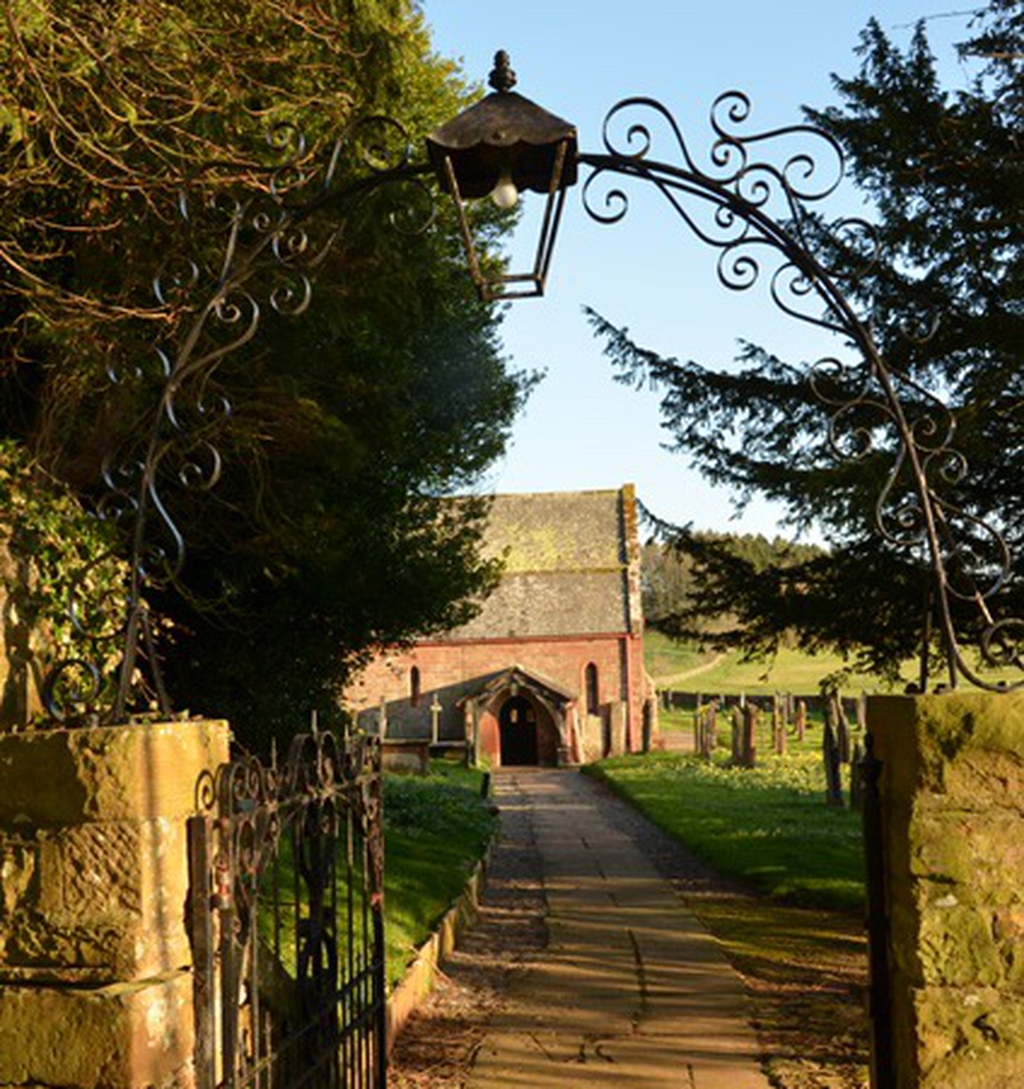 This is a lovely medieval church, built probably round about 1130, with rounded Norman arches in the nave; added to in the sixteenth century (the porch), and repaired and rebuilt in the nineteenth (the belfry tower on the hill).

Its site outside the village is a puzzle, but may be connected with the well or with the presence of The College, a community for training priests, dissolved by Henry VIII in 1547. The flagstone path to the church, known as the Priest's Walk, remains as the approach to the church. Be aware it is irregular underfoot, and sometimes slippery!

The church is open to the public during daylight hours from Easter to October. The small congregation try hard to preserve and improve the fabric of the church, to look after the beautiful churchyard, and to advance the cause of Christianity in this area.

The Bell-tower was originally built in the eighteenth century because a bell from the church itself would not be heard in the village; it was re-built in the nineteenth century. The well (outside) at the west end of the church is well worth a look; it is a possible reason for the siting of the church, and bears a plaque to the memory of the King Oswald (604-642), patron saint of church and village.