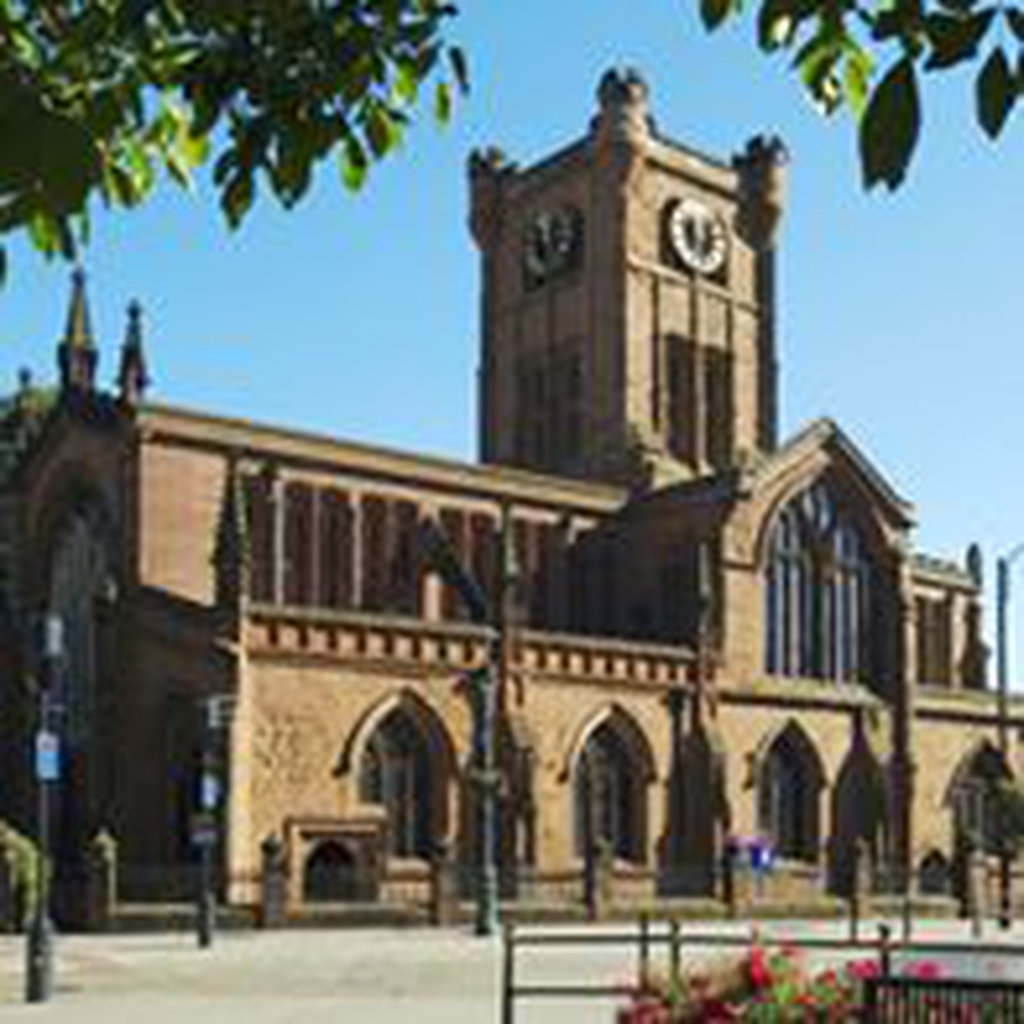 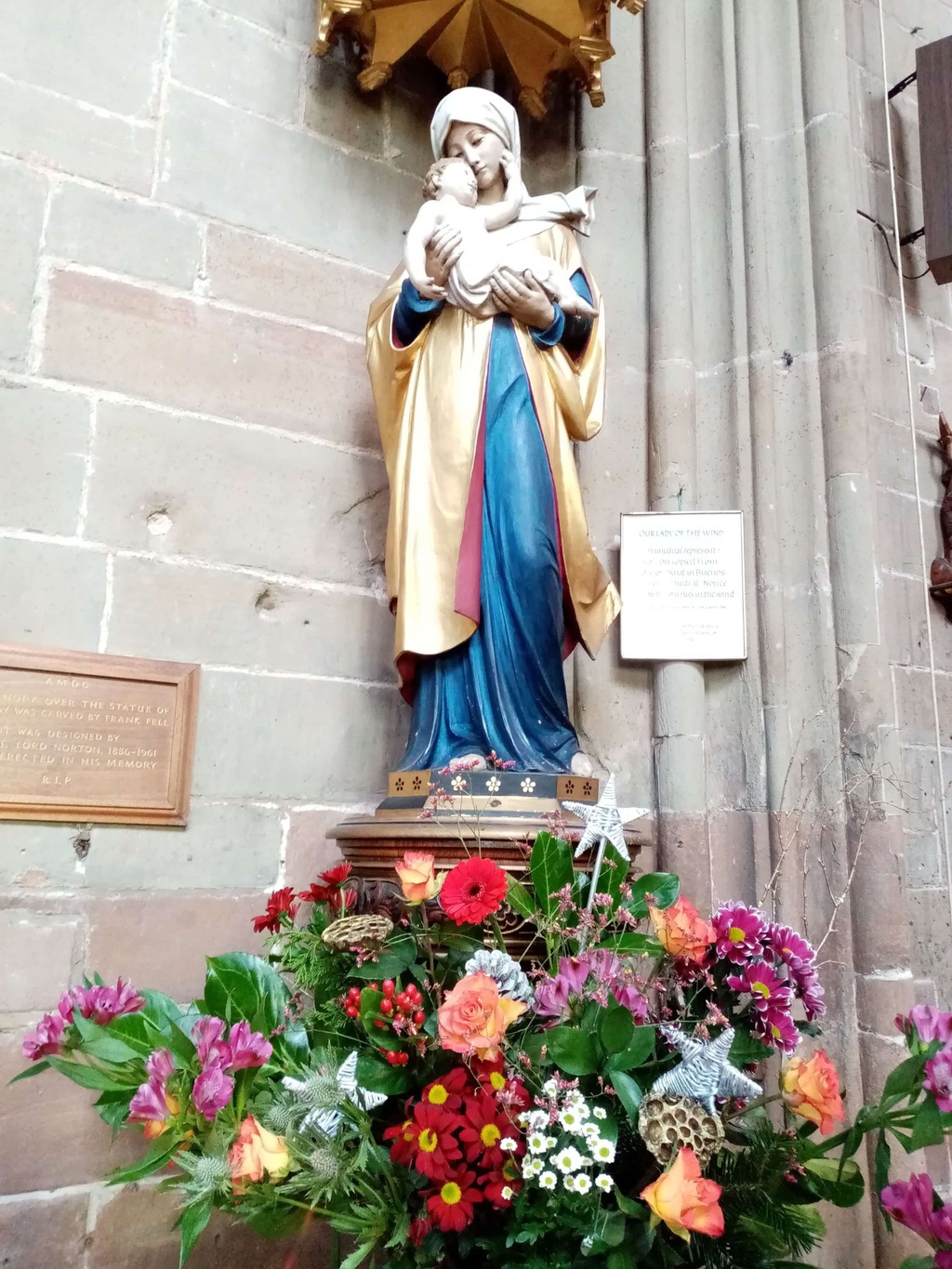 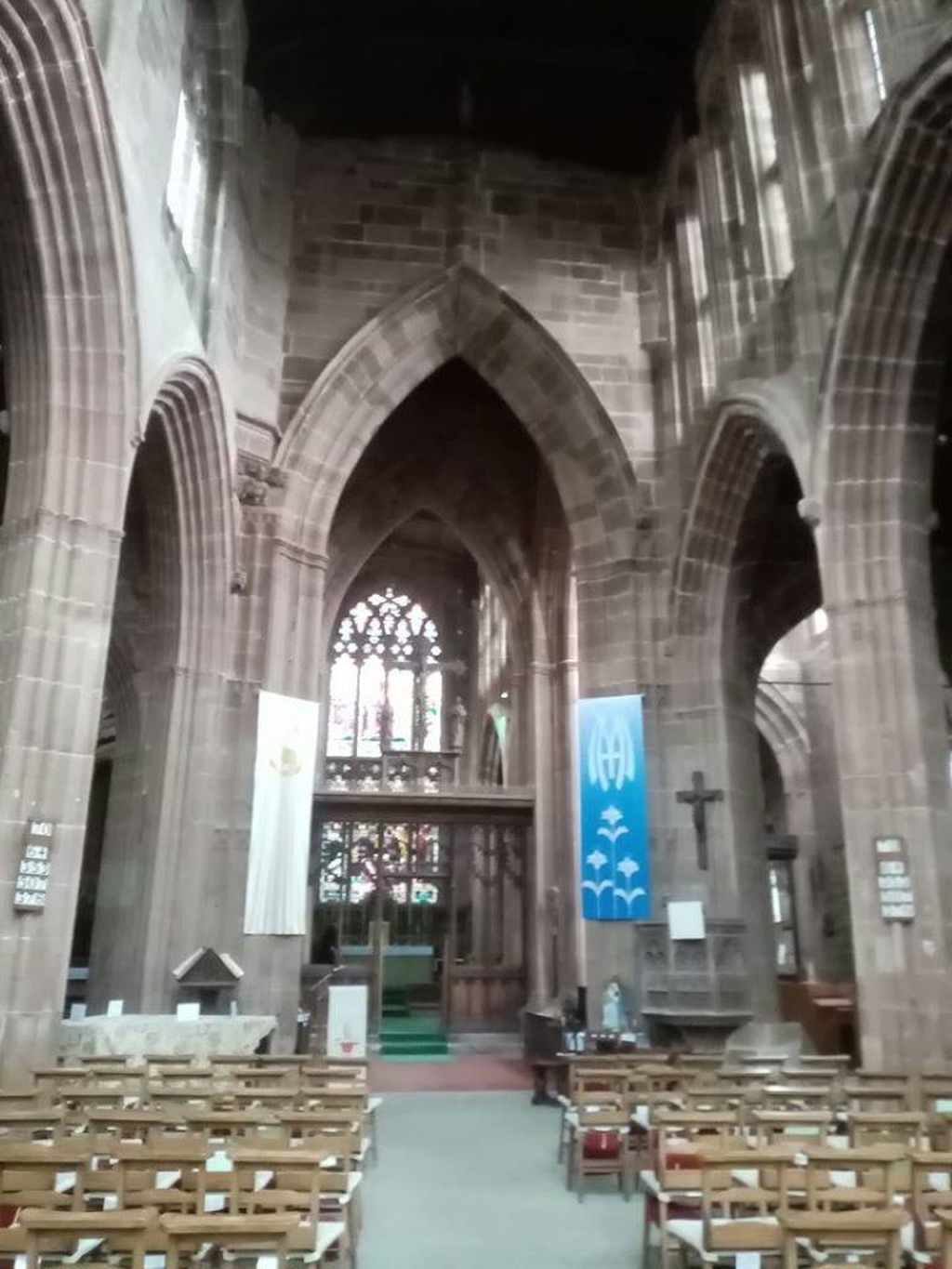 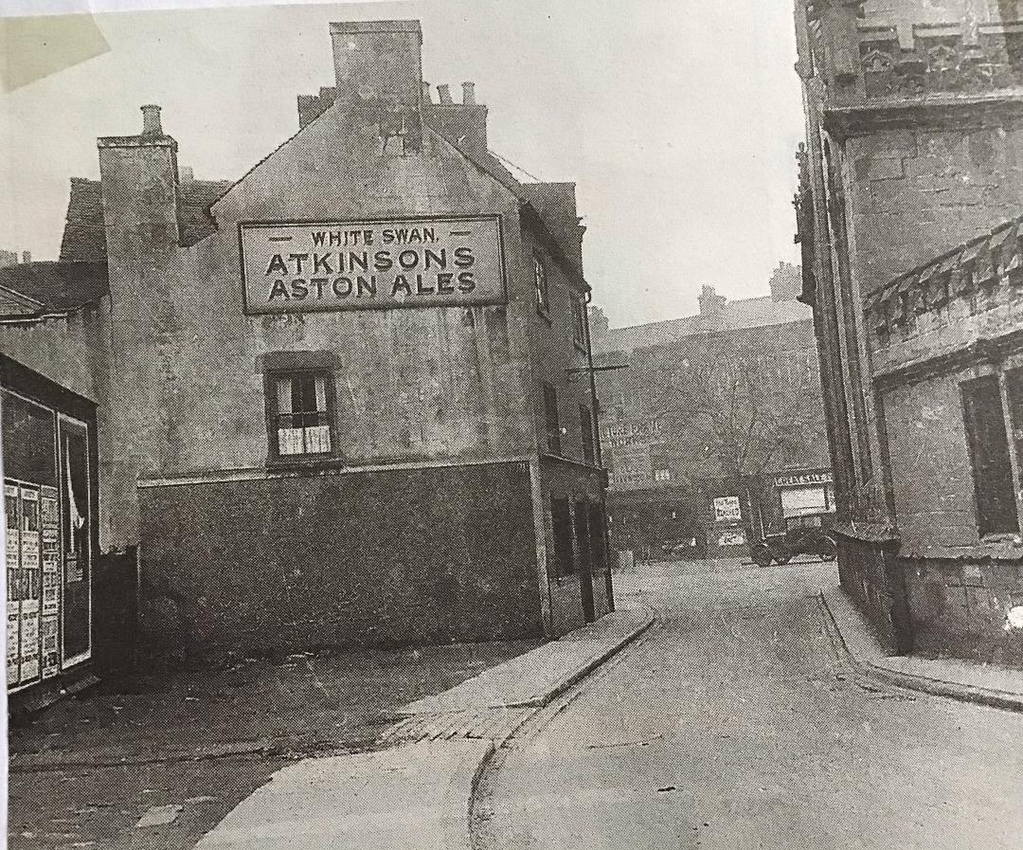 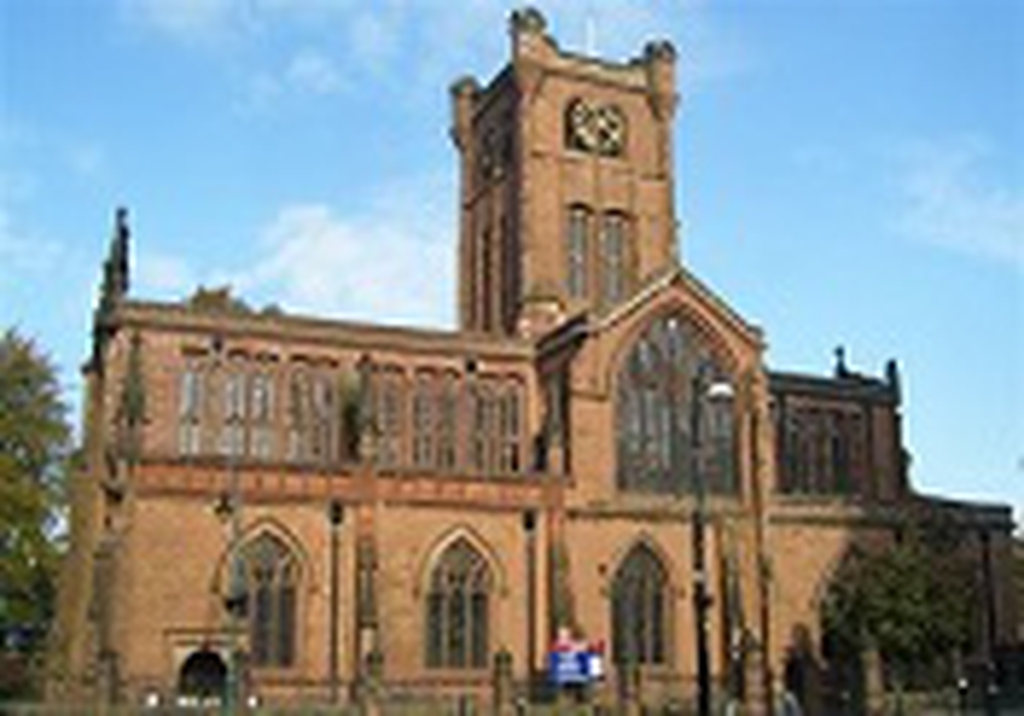 Coventry - St. John the Baptist
Services and events
News and notices
About us
History of the church
Safeguarding
Find us
Fleet Street Coventry
Get in touch
02476711687
Facilities
More information
Social
Edit this Church

Following the death of Edward II, his widow Queen Isabella gave a parcel of land at ‘Babbelak’ (Bablake) to the mediaeval Guild of St John the Baptist in 1344, to build a chapel for prayer. Royal patronage continued with Edward the Black Prince, the Queen’s grandson, and as Coventry flourished the Guild expanded the chapel.

Following Henry VIII’s dissolution of the Guilds, the church closed in 1546. During the Civil War it housed Scottish Royalist soldiers imprisoned after the Battle of Preston. Coventrians were Parliamentarians, so treated the soldiers coldly, hence the saying ‘sent to Coventry’. St John’s was used as a dyer’s stretch yard and a market place until 1734, when finally restored as a parish church.

Visitors delight in the stained glass, carvings, altarpieces, green men and grotesques that fill this jewel in Coventry’s mediaeval crown.

Tucked away on the last window on the church's South Side is the awesome War Memorial containing those men of the parish who died in WW1.

The solemn gothic style which depicts the Patron Saints of Great Britain and Ireland is countered by the starkness of the narrative, "Pray for the souls of those who gave their lives for their country 1914 - 1918.

Ninety eight men of the parish are listed, the majority of them serving with the Royal Warks Rgt, between the Naval insignia (the Senior Service) and the Army.

The positioning of the saints, St 6eorge, St Patrick, St David and St Andrew, was due, in no small way, to the fact that the senior officer of the Royal Warks was Irish!

Completed in 1922,ironically it survived the two Blitzs of WW2, but suffered damage in a fire in 1945!

Thankfully, it was restored to its original magnificence after the blaze.

A Family History expert reflected that half a dozen of the family surnames have died out in the last century, and research has shown that several of the lads actually died on home soil of their wounds, at home and at hospital.

There are also links still with members of the congregation.

At the top of the memorial is a poignant depiction of the Crucifixion, beneath it are four females depicting Faith, Hope, Justice and Fortitude, which complete a minor masterpiece!

Most visitors pass by the lectern to the left of the nave alter without looking closely at the intricacies of this master work or knowing the poignant story behind its creation being a parochial memorial to a lowly assistant priest!.

This massive yet elegant carved oak lectern was given to the church in 1887 in memory of the Reverend A C Child and was designed by Sir Gilbert Scott.

The brass inscription was worked by the once prominent Coventry based brass metalworker Francis Alfred Skidmore, whose striving for perfection took its toll on his ability to attract top notch craftsmen, the patience of those who commissioned him, his profitability and his eyesight.

The inscription, which is inferior to the other Skidmore work in the church, but is still of a good standard.

But its words hold the key to its origin.

" To the Glory of God and in the memory of the rev algenon courie child ma.

This lectern is dedicated by the worshippers in this church.

A sad tale of a promising young but very frail man who died of a weak heart, but there is a suggestion in church magazines that he was unable to cope with his ebullient rector, Rev Cuffe!

Most art historians note the longstanding partnership between Skidmore and Scott in various national projects, including that in the development of our church, but Rev Cuffe (rector from 1874 - 1896) was responsible for instigating this work.

An Irish man of great charm and vigour, he worked hard with Scott on the second restoration of the church, and demanded the same work ethic from his curates!

Although this memorial was from the entire church, the suggestion is Cuffe was rather over zealous in its creation, bringing together two greats from the past for he last time, whatever the cost!

What is the most photographed artefact in the church?

Is it the lauded East Window? The splendid reredos beneath? Our stunning impey? One of the five Green Men?

To the consternation of this writer, it is the brass plate that reads " This plate marks the height of the water which flooded this church on Dec 31st 19OO"!

And it is not even made by the Skidmore school, even though the style is a meek imitation!

Situated underneath the West window on the wall to the left, it sadly commemorates the depth to which the church was flooded in the grim winter of December 1900.

But it wasn't just the church was affected, most of the city centre was!

The merry pictures of children sleighing on Christmas Day which adorned local newspapers changed to images of despairing families homeless in the festive period as the rapidly thawing snow and heavy rain caused the River Sherbourne (now lost in a culvert underneath the IKEA conurbation, though it still comes up for air in Palmer Lane) and the Swanswell Pool to overflow its banks and cause chaos!

Hales Street took the brunt of the floods, archive photographs show the extent of the damage, and the clearing up took weeks.

At the church rector Rev A. Gossage Robinson started work immediately as the floods subsided, and proclaimed solemnly to the press that due to great damage to the fittings and furnishings, he was forced to close the church.

Maude Ingram in her 1946 church history notes that some of the fittings and furnishing were beyond repair and the organ was rendered practically useless.

Parish records note the church was closed for seven weeks and services were held in double shifts at the new Mission Church of St Saviours.

Local historian Mary Dormer Harris called it a 'disastrous flood for the church' but notes that Rev. Robinson was very active in restoring the church back to some kind of normality.

The irony is that the damage could have been less scathing had the church been raised some four feet as the PCC were pressing for in the 1870s restoration.

It was Sir Gilbert Scott who advised them to save their money as the chances of a flood, in his view, were minimal!

There is one problem with the great East Window in St Johns, the reredos underneath is overlooked!

This superb piece of craftmanship on the high altar was given after the restoration, 1875-7, by the children of the Rev. T. Sheepshanks, the striking rector of the church for some fifty years.

It is an Alabaster bas-relief of the Ascension and records from the time claim it was originally plain and copied from a fresco in Florence under the direction of Mr J. Oldred Scott, who contributed a lot to that particular restoration.

The introduction of rich colourings and gilding in 1908 due to a bequest by Miss E.M. Powles shows the beauty of the design, and according to church historian Maude Ingram in 1945 enhanced the sanctuary and was a great addition to the Chancel.

The reredos still retains its beauty today, each figure individually crafted and with many of the attendant Apostles identified by their church motifs on their garments.

In 2011 the then rector, Fr Paul Such, challenged the origin of the work, claiming that the reredos was based on The Ascension fresco by Giotto in the Arena Chapel, Padua, Italy.

Research is still ongoing, but Italian visitors to the church do say that there are dozens of copies of the Giotto fresco in churches dotted up and down their home country, and our reredos could be based on any of them!