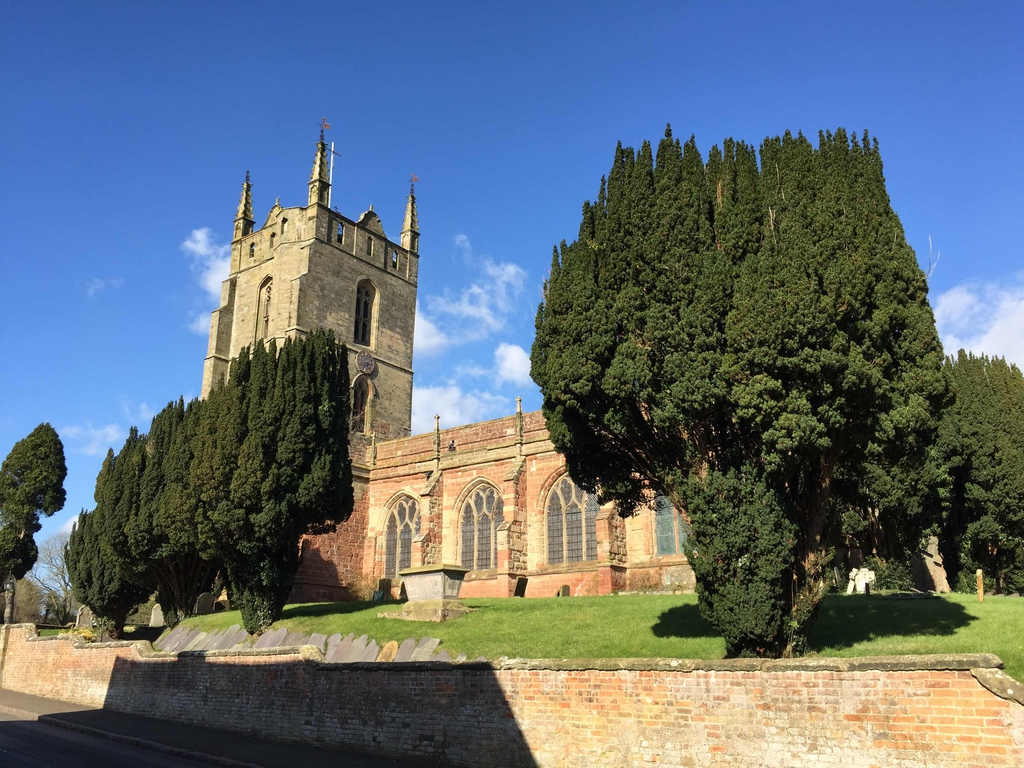 St Edith’s Church is Grade I listed. It dates from 1077 when Geoffrey de la Guerche rebuilt the church and gave it as a priory to the Benedictine Abbey of St Nicolas in Anjou in France. Built into the North wall at the West end is the badly mutilated head and shoulders of a large stone effigy which may be Saxon. The church was substantially rebuilt in around 1380 and in 1415, Henry V transferred the priory to the Carthusians of the Isle of Axholme, Lincolnshire. The earliest records of the Church bells dates from 1552 and the oldest bell currently surviving dates from 1390. The porch and priest’s room above are 14th century. The nave and tower were re-built in the 14th and 15th centuries with an octagonal spire added: this blew down on Christmas night 1722. In the reformation, King Henry VIII confiscated the assets of the priory, granting the advowson to Trinity College Cambridge in December 1546. The interior of the church was restored in Victorian times: the Baptistry windows are by Hardman and date from Victorian times, as do the other stained glass windows.