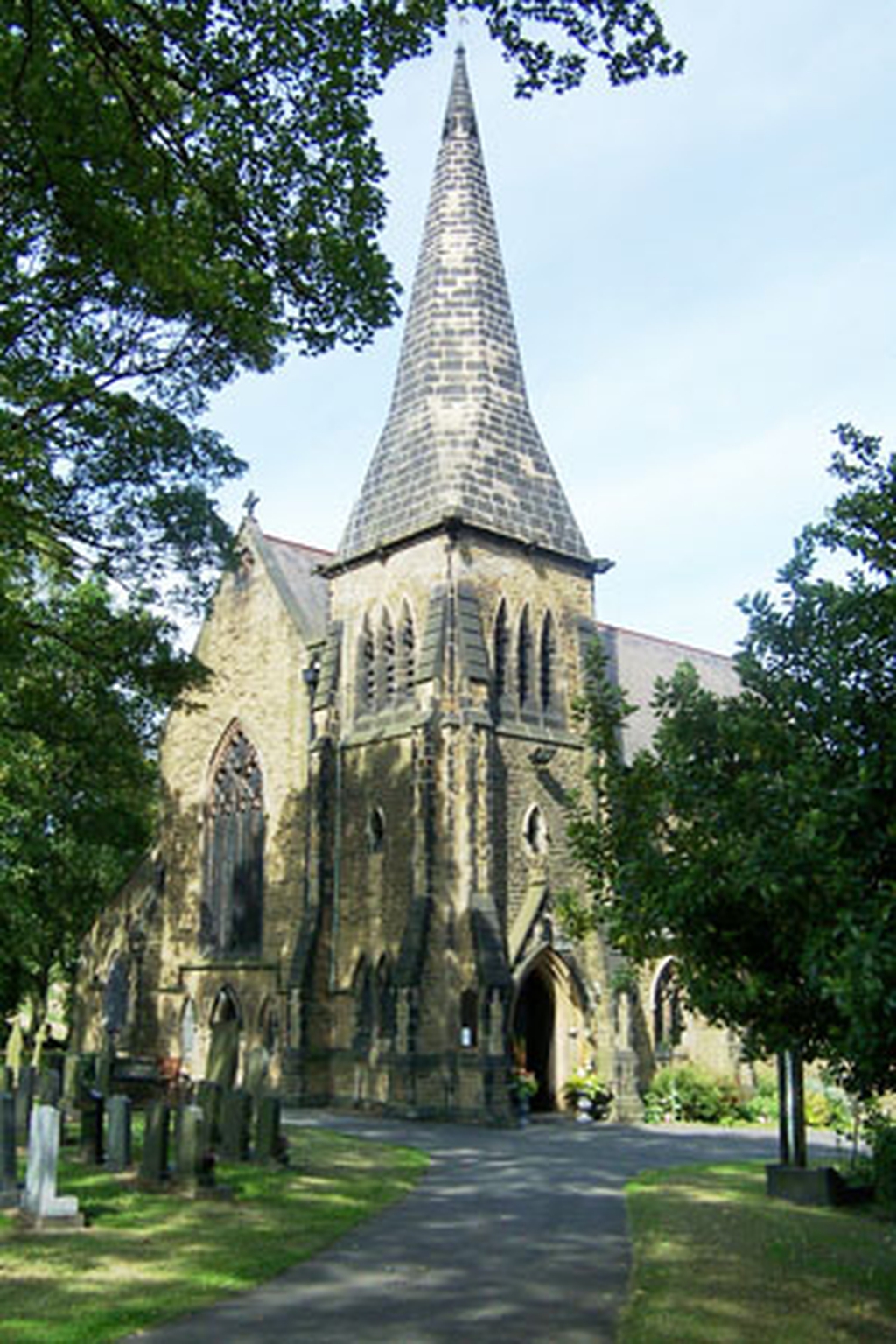 There are records of a church on the site from Norman times, but this building was demolished in 1863 when a new, larger church was built about 25 metres north of the original site. This building was gutted by fire on 29 January 1895, leaving only the walls and the tower. The present church was built on these remains and dedicated on 25 September 1896.

Externally, the church - which is situated in around 7 acres of churchyard - is virtually unchanged since that time, though there has been significant re-ordering internally to meet the changing needs of the parish.

With the exception of the clerestory and side windows of the sanctuary, all the windows are glazed with stained glass and are one of the interesting features of the Church. The East window has the Crucifixion scene in the centre light, with representative scenes from the life of St. Bartholomew, the patron Saint on either side. The West window, a memorial to parishioners who fell in the First World War, depicts four soldier saints, St. George, King Alfred, Queen Margaret of Scotland and The Black Prince. The windows in the North and South aisles are a sequence illustrative of English Church History, beginning by the font with two of the British Bishops present at the Council of Arles in A.D. 314 and St. Alban, the first British martyr, A.D. 303, and ending with the first Bishop of Southwell, Dr. Ridding, whose Diocese included Derbyshire at the time of the consecration of this Church.

The stone carvings which decorate the Church were the work of Mr. John Holden of Sheffield. Underneath and supporting the Chancel Arch are two figures representing Music and Praise, with Harp and Cymbals. Above these on either side the arch are two heads, one of Queen Victoria with the sceptre of temporal power, and one of Bishop Selwyn of Lichfield with his crozier. There are also representations of Moses bearing the tables of the Law, and Melchizedek as priest and king, one hand bearing a scroll and the other uplifted in blessing. At the West end of the nave on the South side is Aaron as High Priest holding the Budding rod and on the North side a representation of Purity, with a lily. Either side the vestry door are the Agnus Dei and the Chalice.