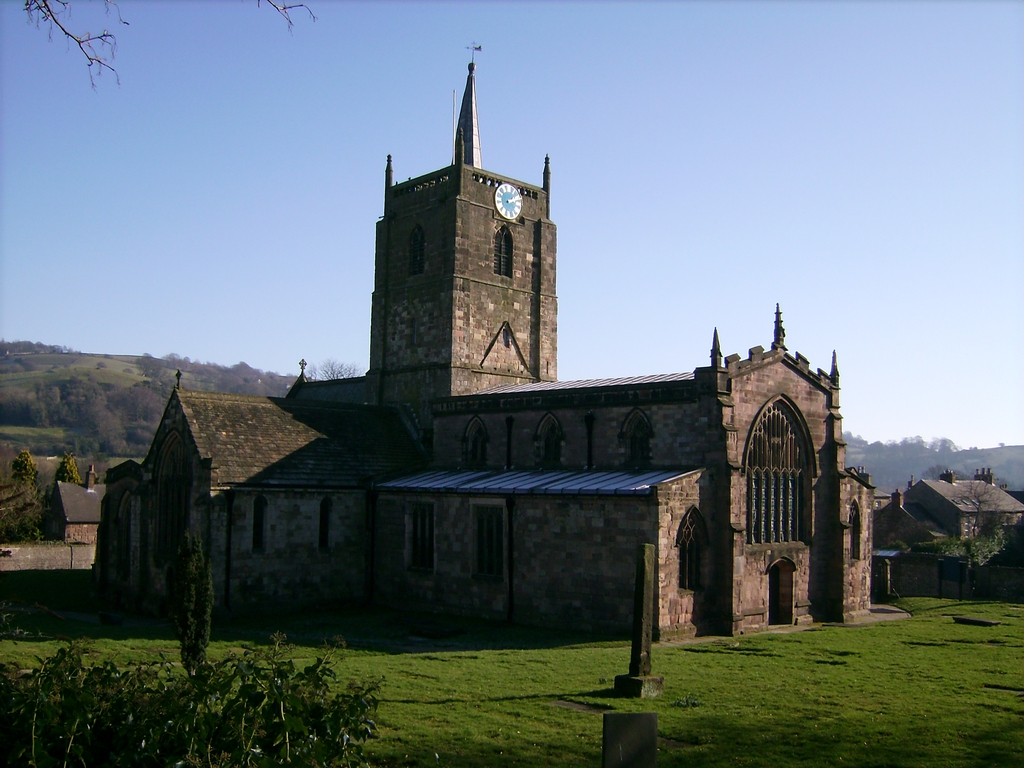 A brief intoduction to St Mary's

St Mary's is one of the finest churches in the Derbyshire. It stands at the heart of the historic market town of Wirksworth, within a circular churchyard surrounded by historic buildings

The church is the successor to an important earlier church, a settlement having been established here by at least the 9th century. Most of the present church dates 13th century. However built into the inside face of the stone walls are a number of fragments of earlier buildings, including Romanesque details and, most notably, a coffin lid from around the year 800. It is believed that this belonged to one of the early mission priests who established the church here when the ancient kingdom of Mercia was being converted to Christianity.

The building underwent numerous and extensive restorations in the 19th and 20th century, including the replacement of a number of windows and the installation of stained glass into a number of them. Perhaps the most notable is that in the north transept, which was designed by the School of Edward Burne Jones, a noted Pre Raphaelite artist, and placed there by the William Morris workshop.

The chancel holds a number of good monuments, the finest being the painted gritstone 16th century chest tomb of Anthony Lowe, The north choir aisle contains another two 16th century chest tombs, in this case of alabaster. One of the tombs is that of Anthony Gell, who gave his name to the local school. Our modern secondary school still bears his name and remembers him each year at a Founder’s Day service.

The south choir aisle contains a chapel dedicated to the Holy Rood, with an English style eastward facing altar. Morning Prayer is said in this chapel each day.

The crossing space is large. Its massive pillars stand on the remains of earlier pillar bases, revealed at the time of 19th century restorations. The tower is of various periods. The large pillars at its base plus the first stage of the tower are of the 13th century. The upper part and is of the 14th century.

The relatively short nave of three bays has fine pillars and which are made of local limestone. Perhaps the greatest quality of the interior the quality of light and space, allowing the observer the experience of a constantly changing set of intersecting spaces and views.

In 1999 the Norman cauldron type stone font was relocated from the north transept to the north nave aisle. It is one of two fonts in St Mary’s, the other is tucked away at the head of the south aisle and bears the date 1662, being the publication date of the revised Book of Common Prayer of the Church of England after the English Civil War.

Another notable historic artefact is the standard of the Wirksworth Militia, which hangs in the nave. A group of volunteers was raised at the time when the threat of invasion from France was considered to be significant enough for local men to take up arms.

The tower houses a peal of eight bells, six of which date from 1702.

The east end of the sanctuary dates from a restoration of 1854-55, when the walls were heightened.

The nave, chancel and sanctuary roofs are covered in lead. The roof timbers are largely 19th and early 20th century replacement timbers

St Mary’s is kept open every day during daylight hours. As well as being used daily for acts of worship it is regularly used for concerts, recitals, exhibitions and as a meeting place for several community groups.