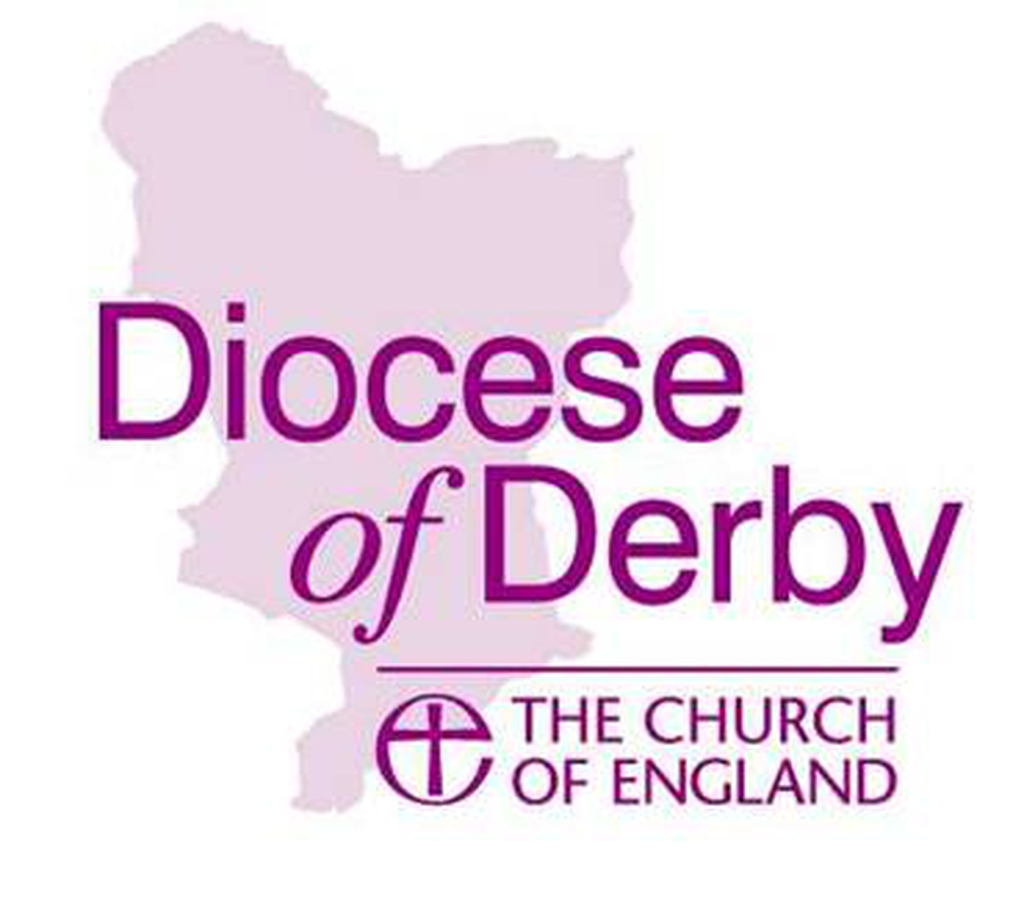 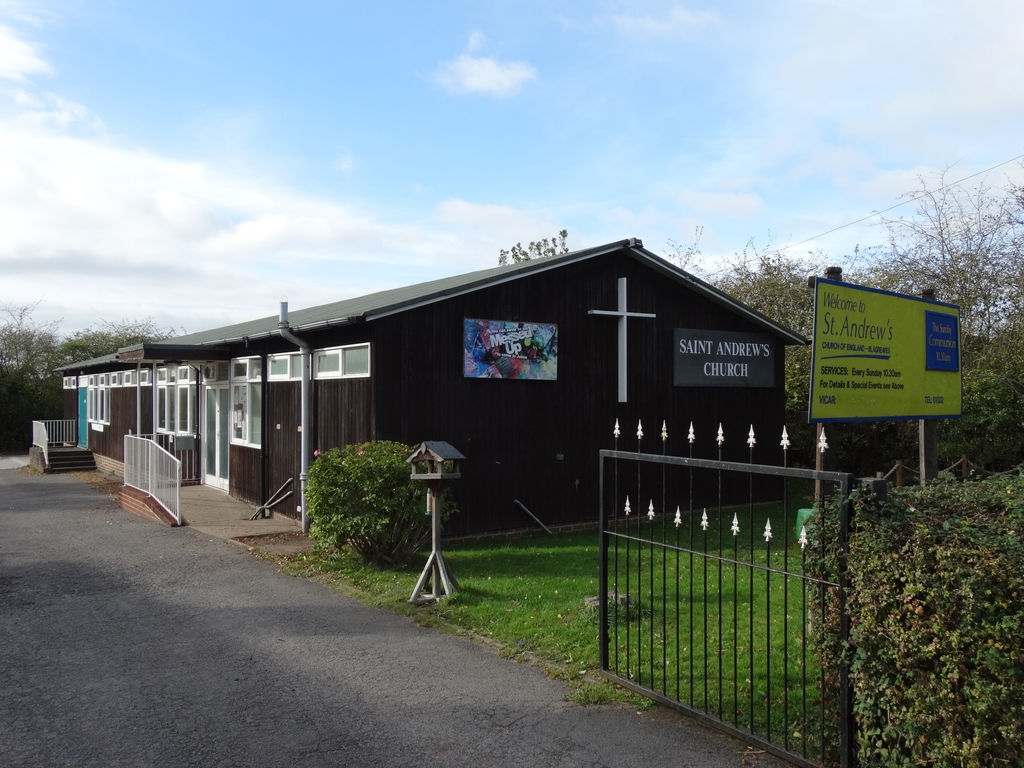 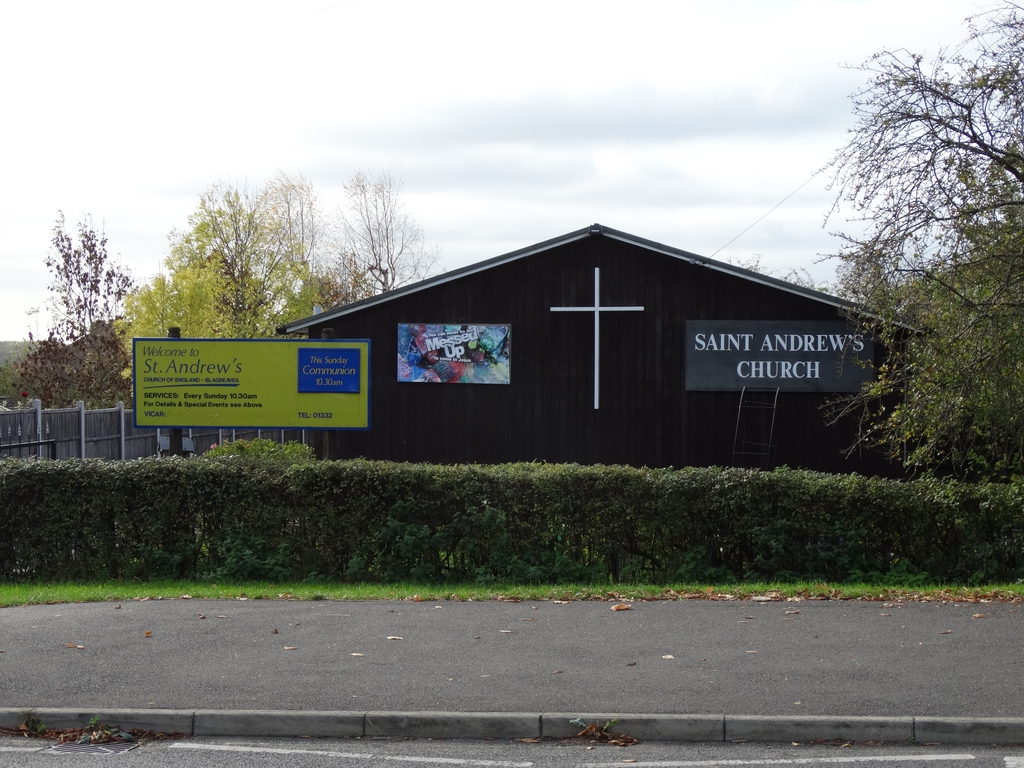 In contrast with other parishes, Blagreaves, St.Andrew has a relatively short history.

Initially in the latter part of the 1950s members of St. Peter’s, Littleover recognised that there was a need to provide a centre for worship at the far end of the parish. The Grimwood -Taylor family kindly released land, which enabled the Vic Hallam building to be positioned along Blagreaves Lane which opened on May 13 1957.

This building was initially named St Peter’s Hall. It enabled a Sunday School and a Monday evening Scripture Union club of worship and fun, initially lead by the Rev Mapson, to be established. Communion services were held once a month. The building was to be multifunctional and could be hired by groups like girl guides for a nominal donation. A Sunday evening service was held at 7pm: the later starting time was selected so that members of St.Peter’s Littleover who were unable to get to the 6.30pm service could attend at this later time. Generally these services were led by the curates and readers of St. Peter’s, Littleover. One Reader, Charles Rose, who had a large input into the life of the church, suggested a change of name and the church council group agreed on the change to St. Andrew. A member of St. Peter’s Littleover congregation, Brenda Hayes, later established a weekday Playgroup in the building. Under various leadership the playgroup has evolved into PreSchool and continues to the present day.

As the congregation worked more with Newmount Methodist Church, and  following negotiations with St.Giles, Normanton, St.Peter’s, Littleover and the Derby Diocese,  the Conventional District of St.Andrew's Blagreaves was created in 1979. This enabled St. Andrew’s to be independent of the two parishes it was created from, whilst remaining in the same Deanery and working cooperatively with them.

Ten years later in 1989 the Conventional District was made into the Parish of Blagreaves, St. Andrew and Rev'd Ken Horleston was appointed as the Vicar that year. He served for 10 years and was followed by Rev'd Paul Bysouth who moved on at the end of 2016.  In January 2019, Rev Alicia Dring - also Vicar to St Peter's Littleover - was appointed Priest in Charge and she normally takes the Communion Service on the third Sunday of each month.  See the weekly Notice Sheet for details of our services each week.