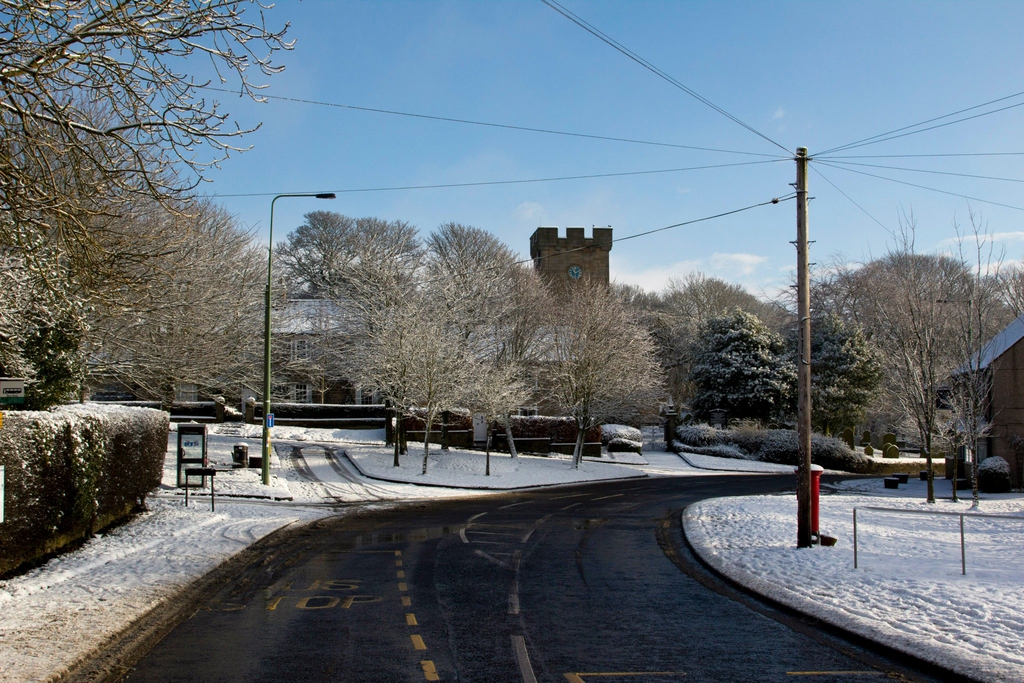 Little is known for certain about the 'early' days of St Margaret's Church, but it is generally believed that St Cuthbert's monks chose Tanfield to hide the saints remains from the invading Danish hordes, around 900AD, long before his remains were buried at Durham. After leaving Tanfield, his monks then moved onto Chester-Le-Street, where they established a new monastery, and a chapel-at-ease in the village of Tanfield.

Since then, there have been 3 different churches built on the current site, little is known about the first. The second church suffered terribly at the hands of the Curate of Tanfield, who in 1736 had a coal pit sunk in the church yard, and a drift mine dug under the church itself. He hoped to pocket the proceeds from his mine. An enquiry was held, and work on the mine stopped. But the mining activities must have caused such severe damaged to the church that a new church was constructed, and completed in 1749. The windows in this third (existing) church had round tops, but these were replaced in 1877 with the current windows. The 18th Century church consisted of a nave, aisles, chancel and had a gallery in the west wall for colliery workmen. The door to the church was originally in the south wall, but when John Eden erected the tower in 1878, the gallery was removed, and the door was incorporated into the south wall of the new tower.

The parish of Tanfield once embraced the townships of Beamish and Lintz Green, with the villages and hamlets of Tanfield, Shield Row, Stanley, Tantobie, White-le-Head, Burnopfield, Lintz Ford, and Hill Top. A considerable portion of this extensive parish has been used in the formation of the new parishes of Holmside - St John (1865), Burnopfield - St James (1873), Beamish/Stanley - St Andrews (1873), Marley Hill - St Cuthberts (1874), West Pelton - St Paul (1876), Dipton - St John The Evangelist (1883).

In the year 2000 St. Margaret's joined the Team of Christ The King, which includes Tanfield, Stanley, South Stanley, and were joined by South Moor in 2001.

In 2015 the Team of Christ the King was disolved and we became part of the Benefice of Tanfield with Burnopfield and Dipton.