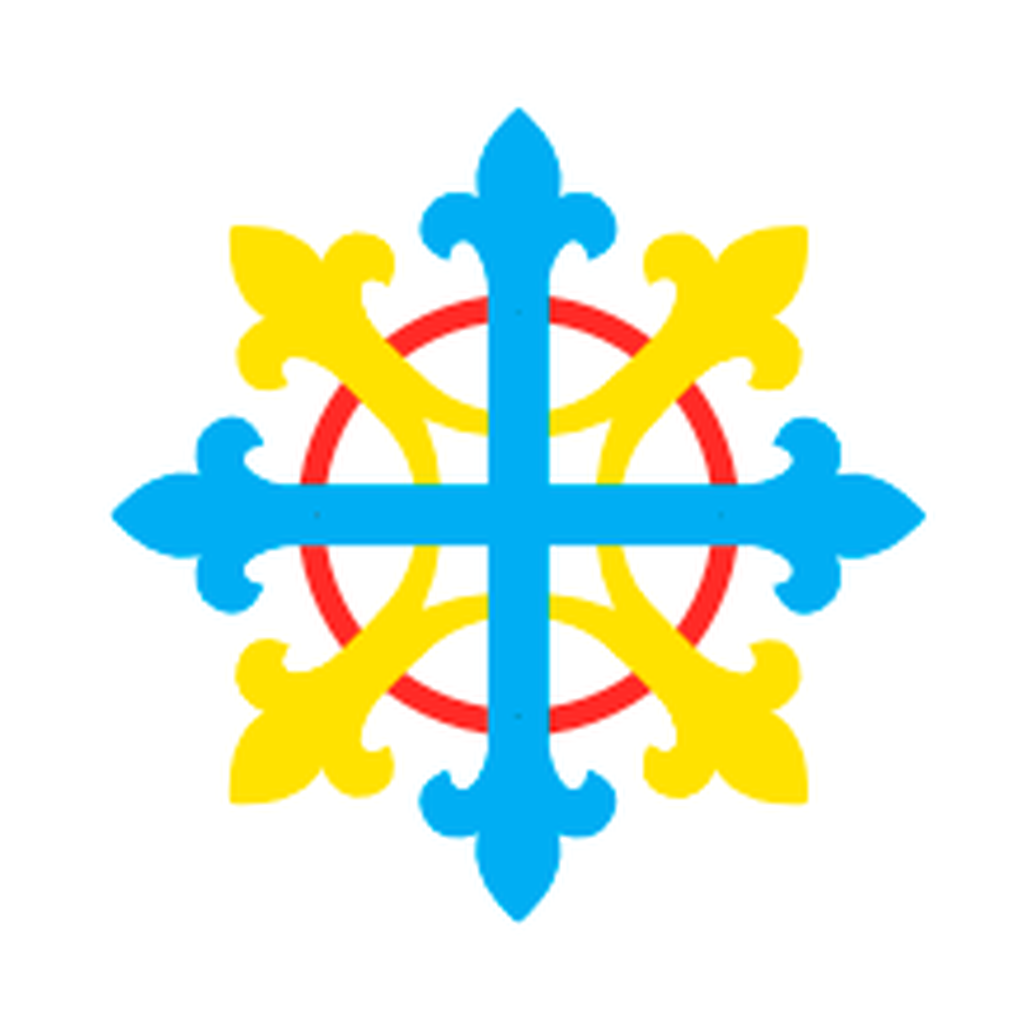 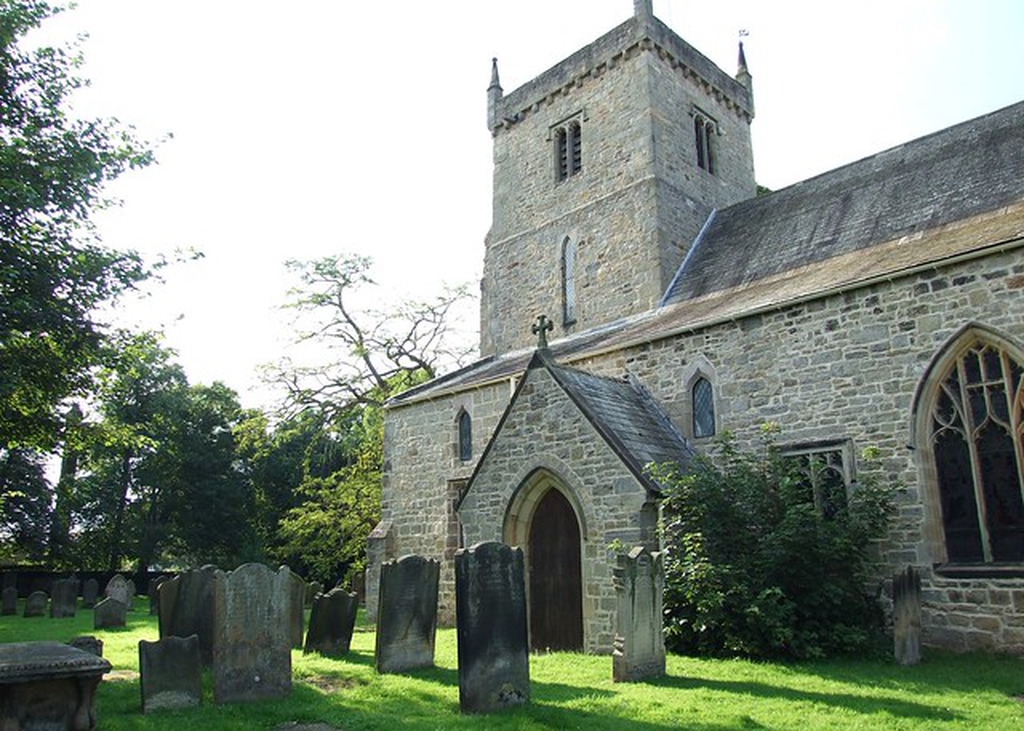 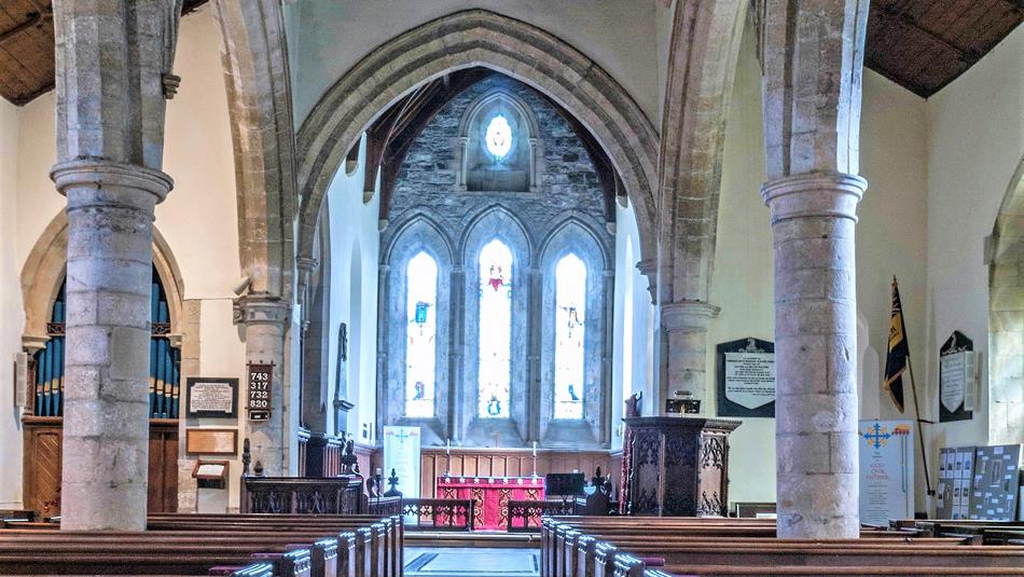 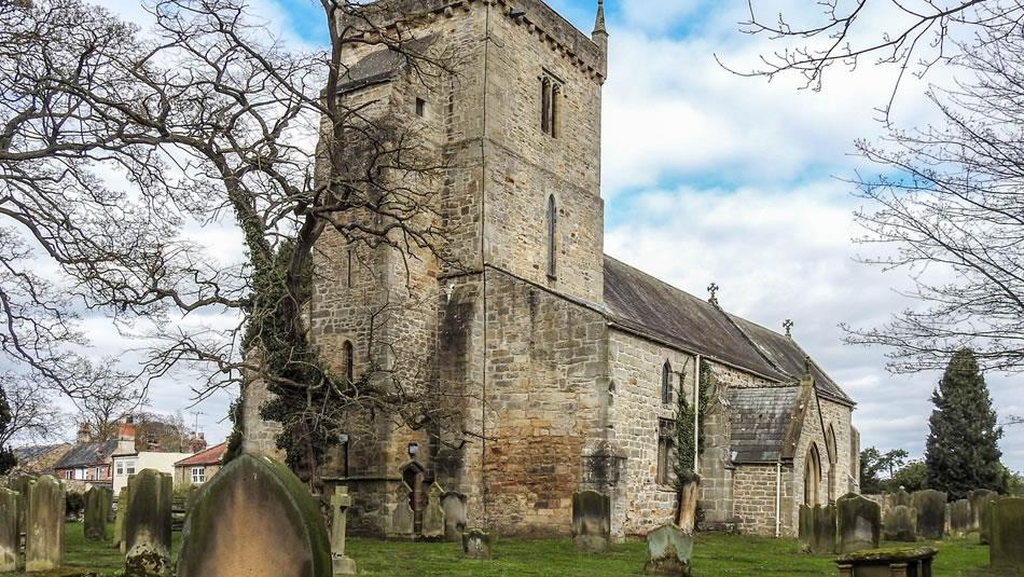 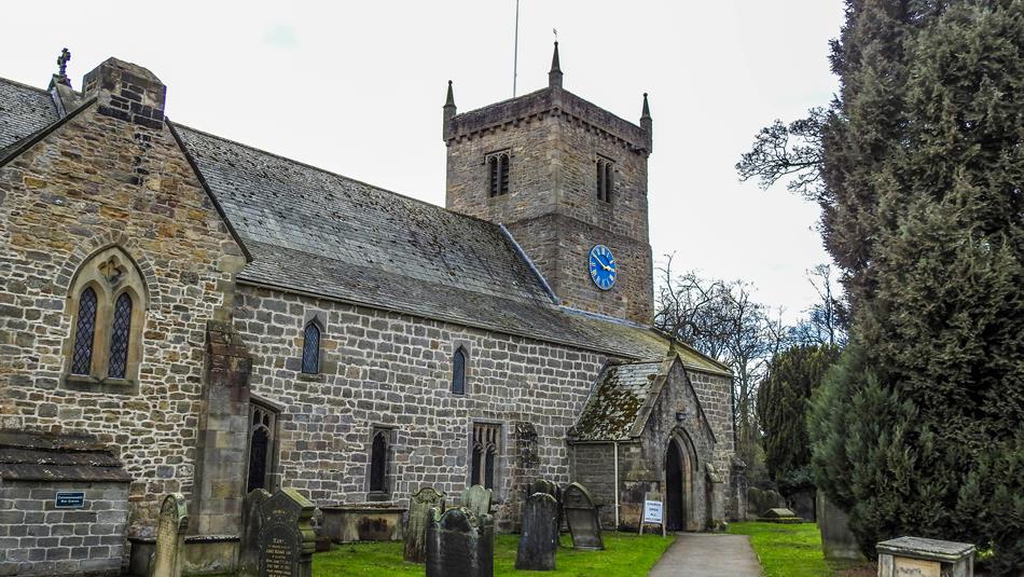 This is a photo of the first people arriving in Church who have walked the Camino from Finchale Abbey. Pat Gardener and her two sons called ahead to ask if the Church was open so that they could stamp their passports whilst walking the route on Monday 26th - having already reached Ingleton.

The group had completed two other sections of the Pilgrimage route last summer, and were pleased to be able to complete the route and prove their accomplishment by stamping a record of their walk ... and it was even Pat’s birthday! She thought it a good present, and loved the riverside when they went down to St Mary’s Well. They stayed to say a few prayers in the church - before leaving in a car they had left in the village.

Pat is no stranger to Pilgrimage and has in the past walked the Camino de Santiago in Spain (Santiago means St James). The Camino de Santiago, known in English as the 'Way of St. James', is a network of pilgrims' ways or pilgrimages leading to the shrine of the apostle Saint James the Great in the cathedral of Santiago de Compostela in Galicia in north western Spain, where tradition holds that the remains of the saint are buried.

Many thousands of people walk the route each year for many reasons. In the Middle ages pilgrims from England had to walk to the English Chanel before getting a boat to northern Spain to reach Santiago.  Now there is a plan to renew the route from Finchale Priory near Durham to the Chanel. The next section will be from Gainford to Ripon. The 'Way of Life' Pilgrimage Trail is shown on the website below.