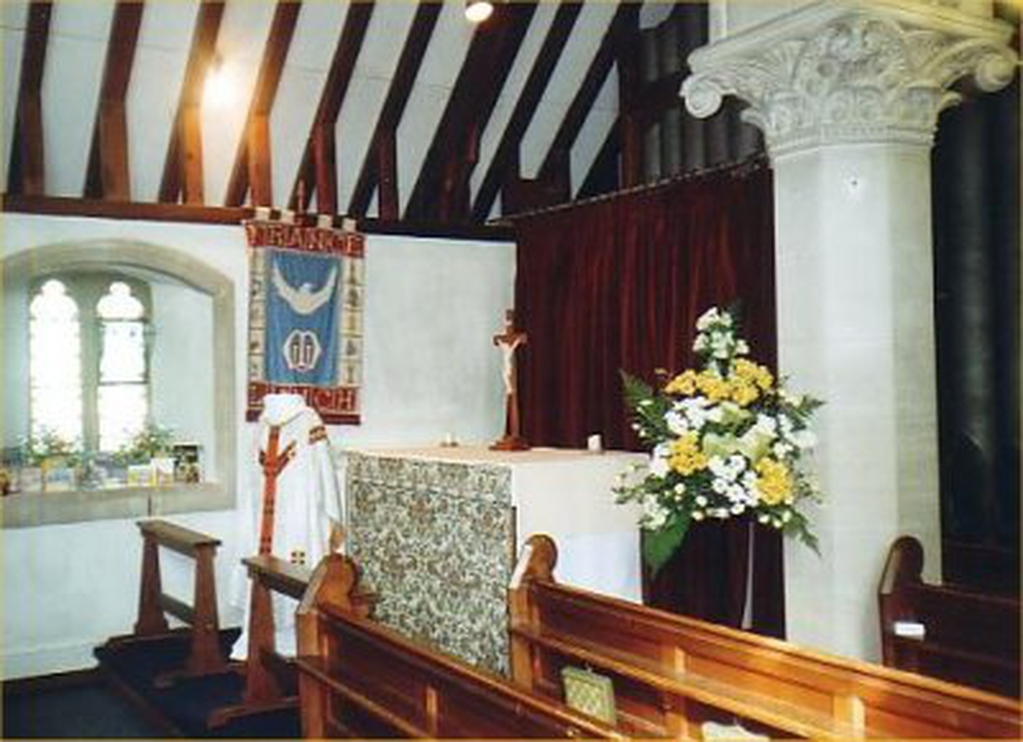 The Parish Church of St John the Baptist

The Parish Church of St. John the Paptist

The villages of France Lynch and Chalford Hill grew as settlements of cloth-workers on the edge of Bisley Common above the valley mills on the River Frome.

Until the 19th century France Lynch was part of the large parish of Bisley.  Devout families would go to Bisley Church and stay for both morning and evening services.  In 1855 the vicar, Thomas Keble (the younger brother of John), having built churches in other outlying parts of his parish, turned his attention to France Lynch. He chose the architect George Frederick Bodley and ours was one of his first churches.  Built of stone with a tall bellcote and containing some fine stone carving inside, the east end of the sanctuary is decorated with marble, lapis lazuli and malachite.  The windows are largely filled with quarry glass described as being ‘of a very pleasing rough simple kind’. The Church is furnished mostly with the original pews.  It was consecrated in 1857 and was at first a Chapel of Ease to Bisley served by a priest in charge.

The church is open each day during daylight hours, and visitors are encouraged to enjoy its tranquility and restfulness.

West End - The font is made of Devonshire marble and the cover is ornamented with fine ironwork..

North Arcade - the four pillars have stiff-leaf capitals carved by Thomas Earp, and an Agnus Dei over the pillar west of the organ.

South wall - The most easterly window depicts Christ with the mothers and children of Jerusalem.

The Organ - Built by W G Vowles of Bristol and restored in 1959.  The choir screen and pulpit of white marble have inset panels using lapis lazuli and malachite.

More carving by Thomas Earp can be seen below the arch by the organ where there are three angelic figures with musical instruments, also the two stone corbels supporting the roof truss depict the Angel Gabriel and the Virgin Mary.

The most easterly south window depicts St. John the Baptist and is dated 1937.