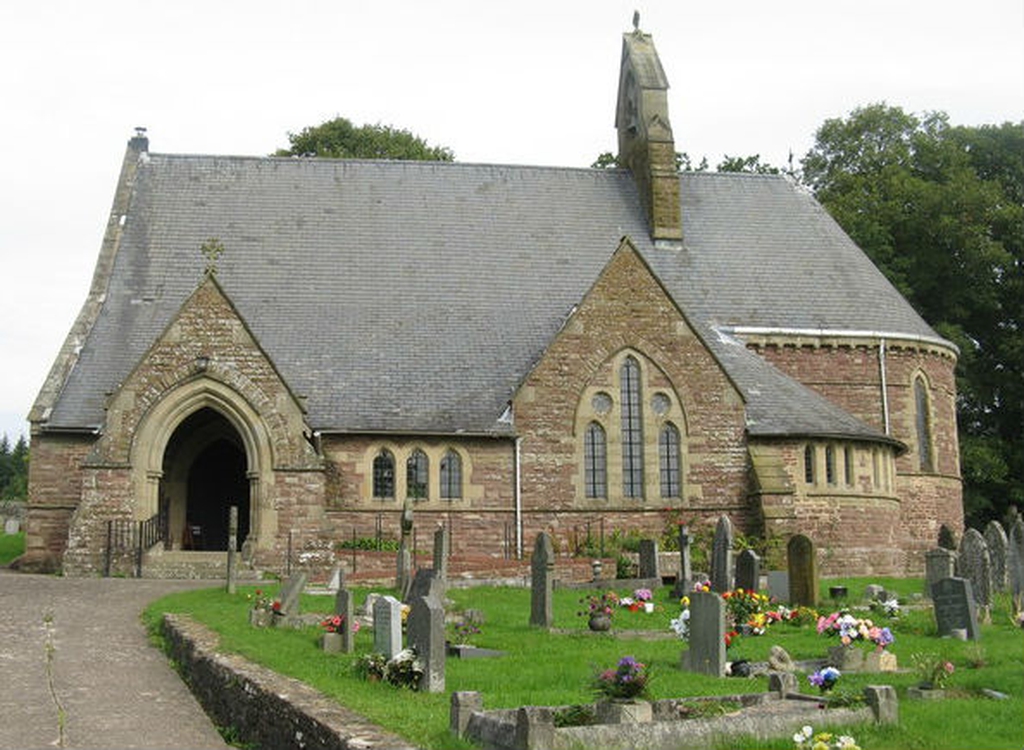 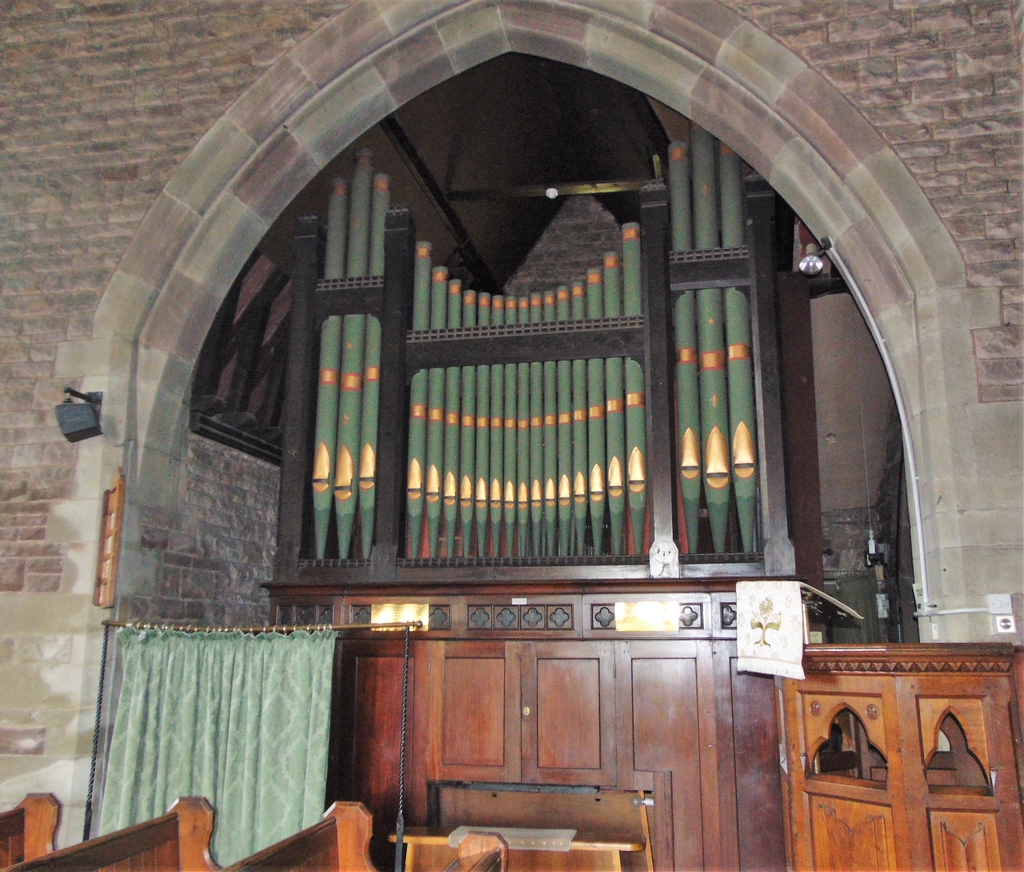 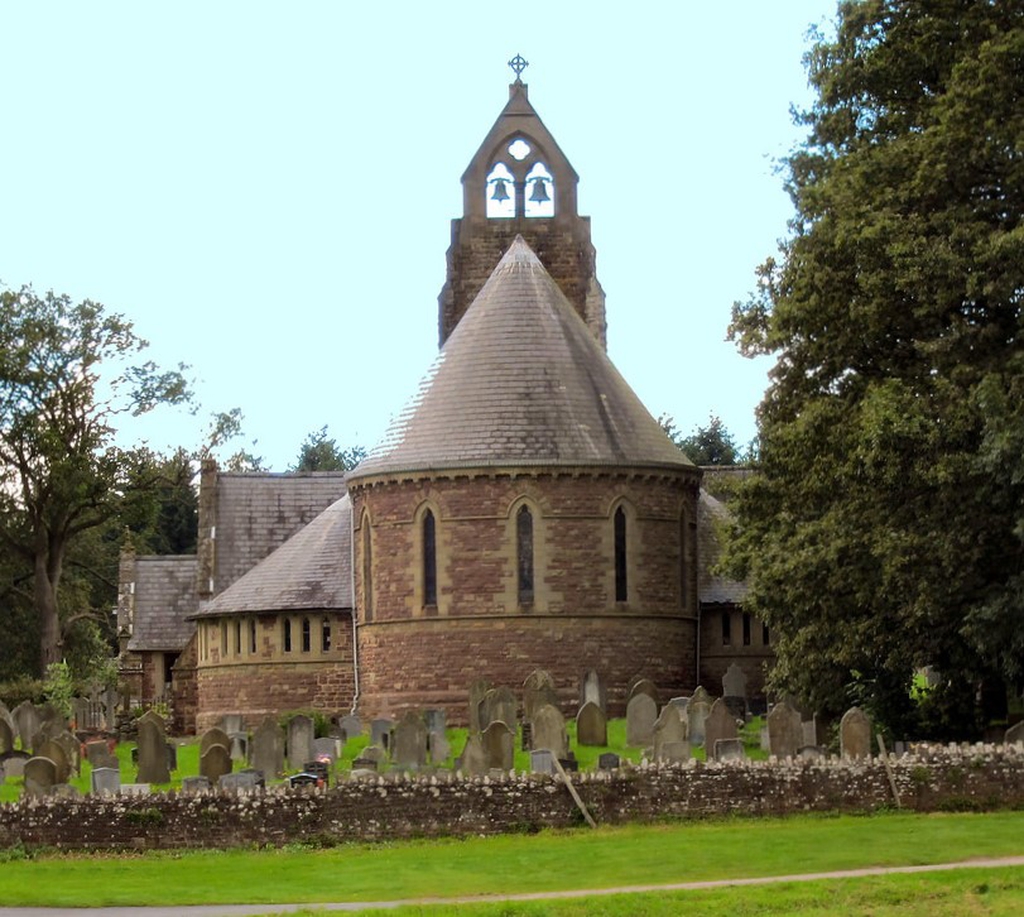 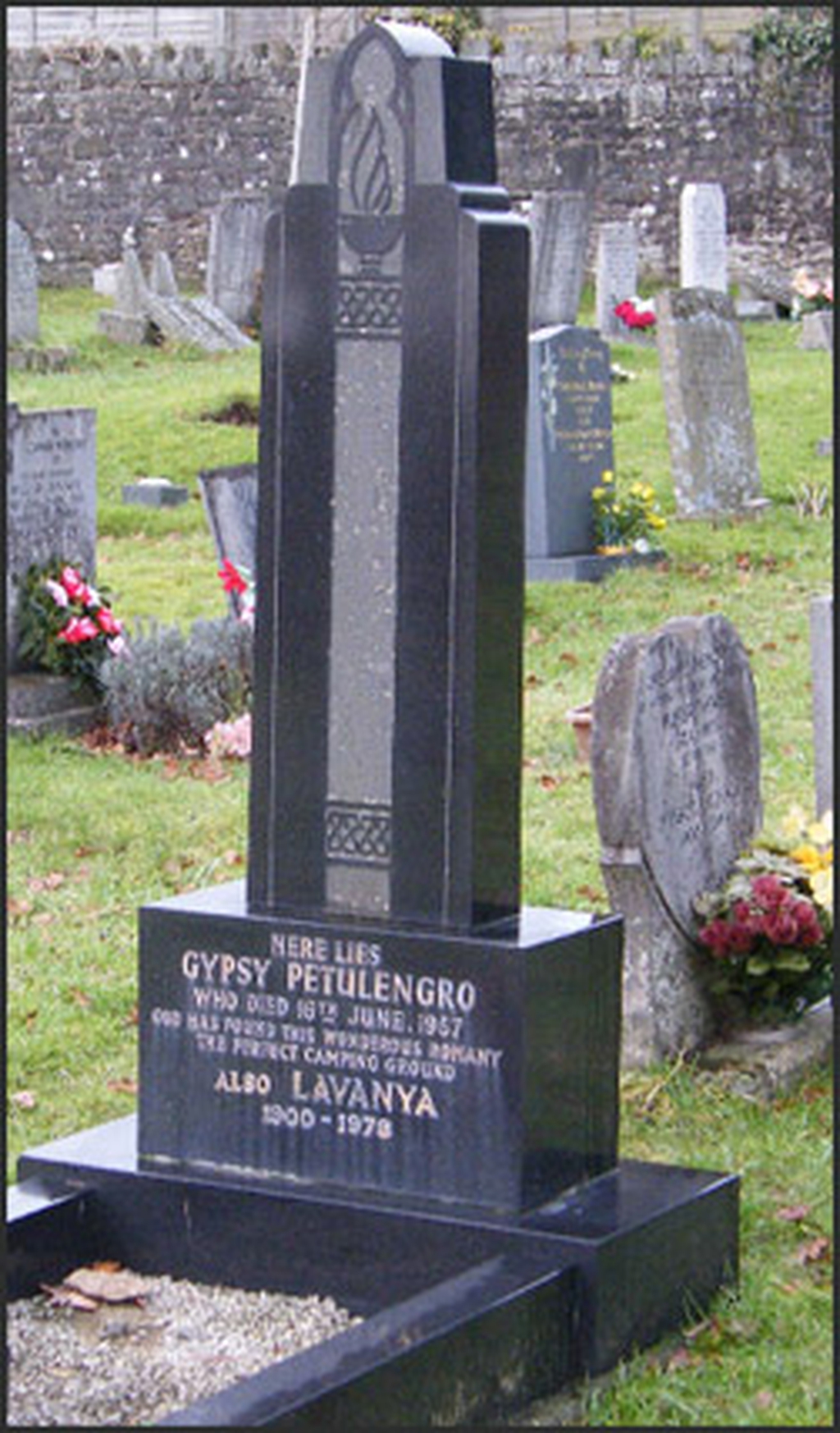 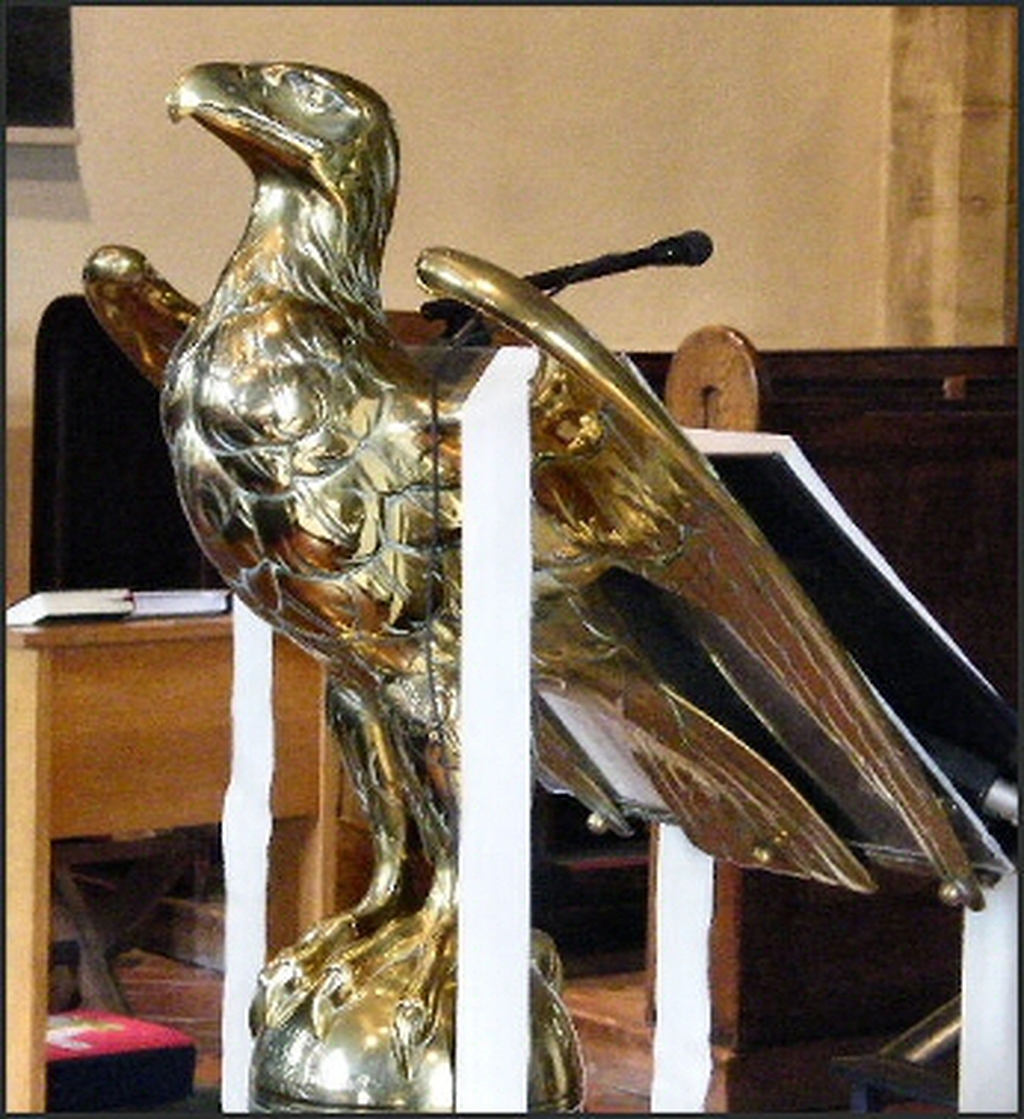 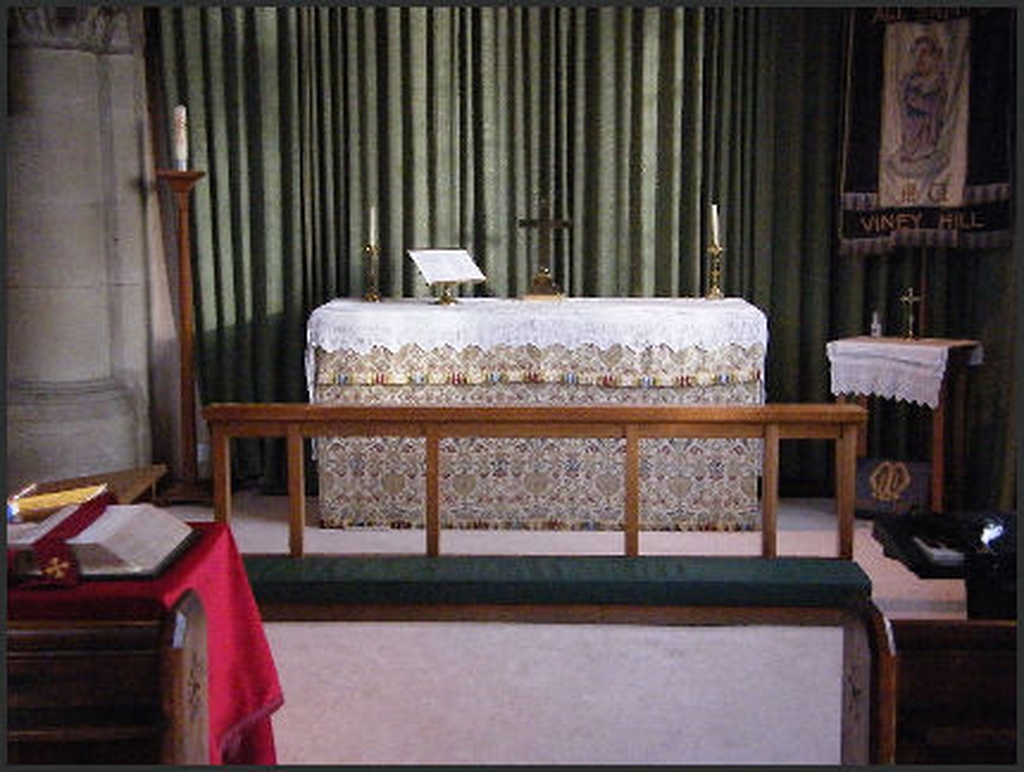 Both church and vicarage were built in 1866/67 by Ewan Christian, as a gift of Mary Bathurst, who was Lord Bledisloe's great aunt. The setting is on a highpoint above the Severn Valley, on the edge of the Forest of Dean, with beautiful views over much of Gloucestershire.

The church is a simple but attractive building which blends well into it's surroundings, being of local sandstone under a natural slate roof.

The vicarage is now used as a Christian Adventure Centre for children and young people.

The  best feature of the Church is often considered to be the apse at the eastern end, which has 5 single light , richly coloured windows, the work of Jones and Willis. (Viewed from outside the rounded apse and bell tower resemble an old lantern, and was the inspiration for the poem 'The Lantern' by F W Harvey).

Each window has a singe subject: in the middle, behind the altar, is the Crucifixion, flanked by Moses - the law giver and Elijah - the prophet. The outermost windows feature St. Paul to the south and St. Peter to the North.

The completed scheme shows the crucified Christ between the prophets who foretold His coming and two of the Apostles who proclaimed He was come.