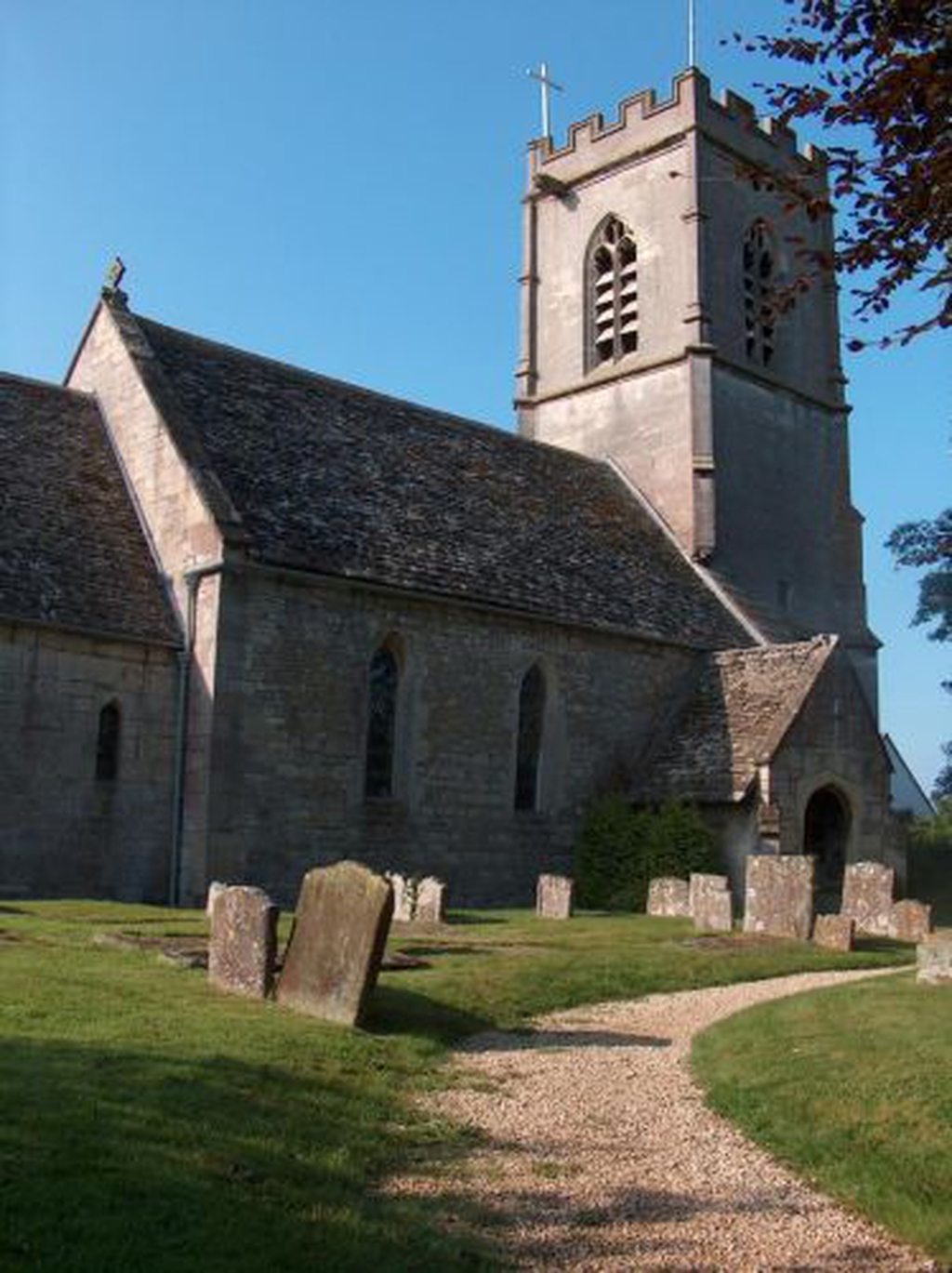 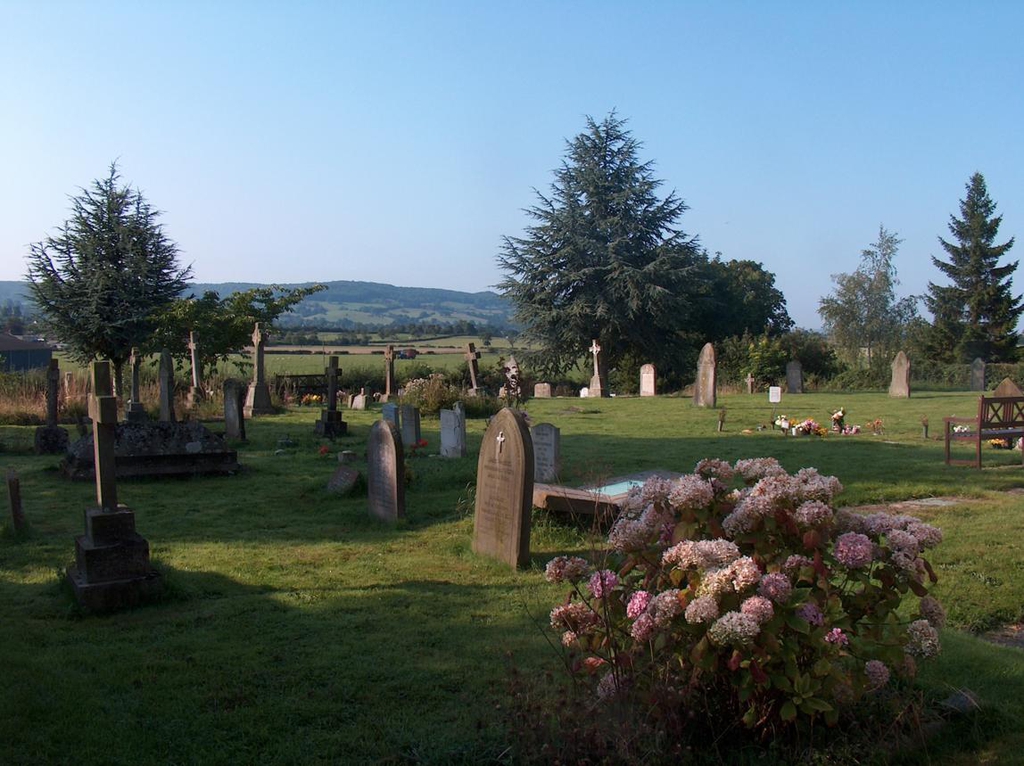 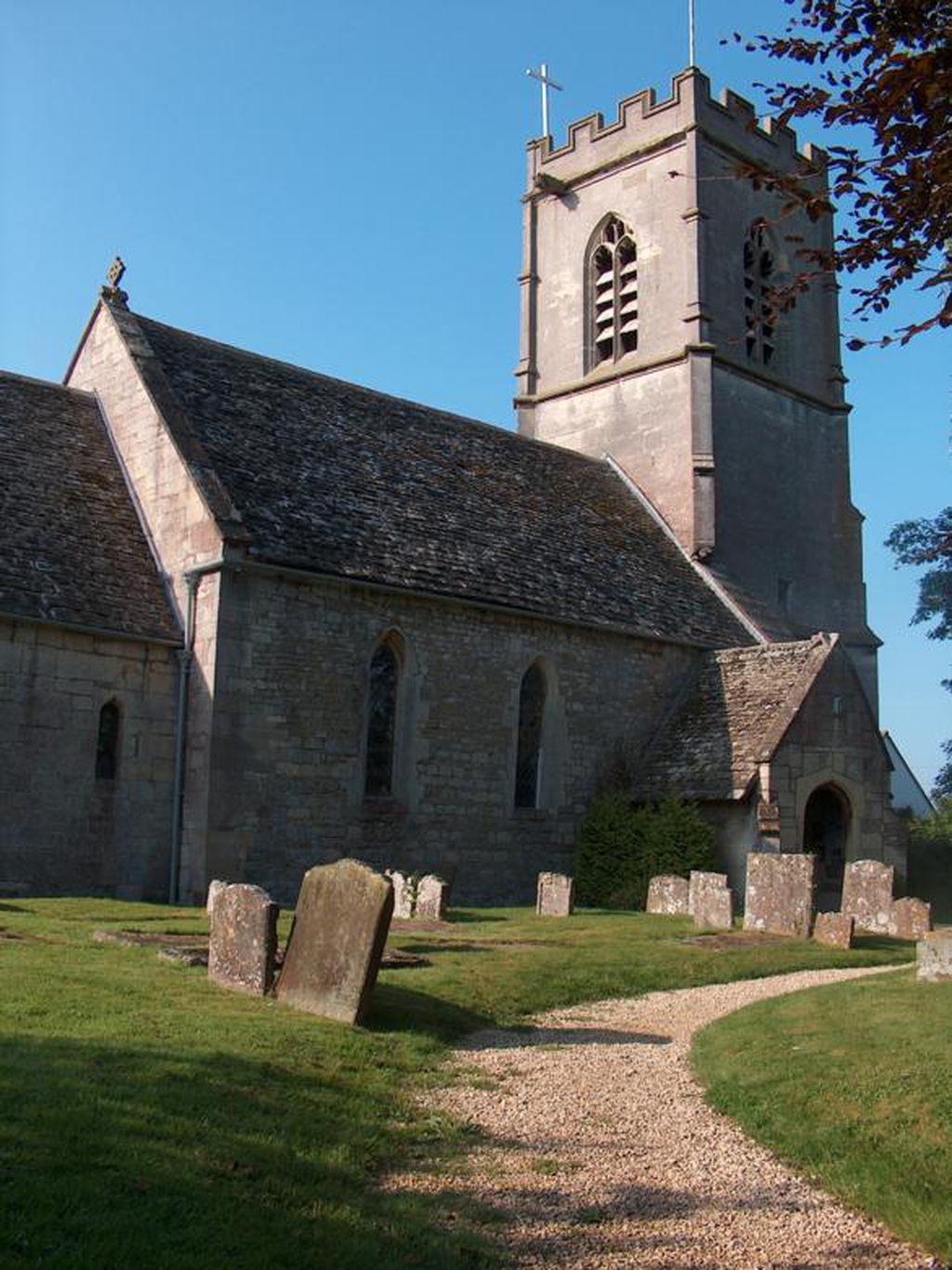 St Margaret's stands on a slight eminence, with fine views down the Severn Vale from the Churchyard.
The name Whaddon is from the Saxon "hwaete dun" meaning "the hill where wheat is grown".

The building probably dates from around 1200, consisting of a chancel and nave, with possibly a little turret for a bell. No more is known of it until 1315, when it was re-dedicated to St Margaret of Scotland. Most of the windows are plain lancets, that is, with pointed heads but no tracery. The present tower was added during the 15th century.
Until 1540, the parishes of Moreton and Whaddon were in the diocese of Worcester, becoming part of the new Diocese of Gloucester thereafter. They were jointly served as before until 1784, when they were separated following a dispute over presentation to the living. In 1840 a new vicarage was built at Brookthorpe, with which parish, Whaddon, was held until 1970.
The church was completely restored in 1855 with the exception of the chancel, which was dealt with in 1880. Mercifully the fine barrel ceiling of the nave and the plastered finish of the walls were left as they were.

Internally, the Church is one of simplicity. The Font is an unusual pattern, and 14th century. There is a large Royal Arms of George III above the tower arch, curiously curved in shape. This had a long-overdue cleaning in 1993.

The paschal candle was made by Fiona Blaxill of Woodchester in 1997. It is of English oak and 13th century in style, the detail being copied from Purbeck stone shafts in Salisbury Cathedral.

The three-light East Window of 1920 is by Sir Ninian Comper, one of the finest church artists of the first half of the 20th century. His "signature" of wild strawberries can be seen in the St. George panel, bottom right. (See picture gallery) In the centre, Our Lord is depicted as a beardless youth (a typical Comper treatment). Our patron, St Margaret of Scotland, is shown in the north light, and St George in the south.

The tower once contained five bells, but now only two remain. The treble was re-cast in 1971 by John Taylor & Co., the second is by Abel Rudhall of Gloucester, 1752.

The organ was built by John Snetzler, and dates from 1768. It was in Brookthorpe church from 1938 to 1997. Regular services ceased there, and the organ was moved to St Margarets. It has seven stops, mostly of original pipe work. The pipes were re-gilded by Ursula Falconer of Uley. The case is of mahogany, with some restrained Rococo detailing.