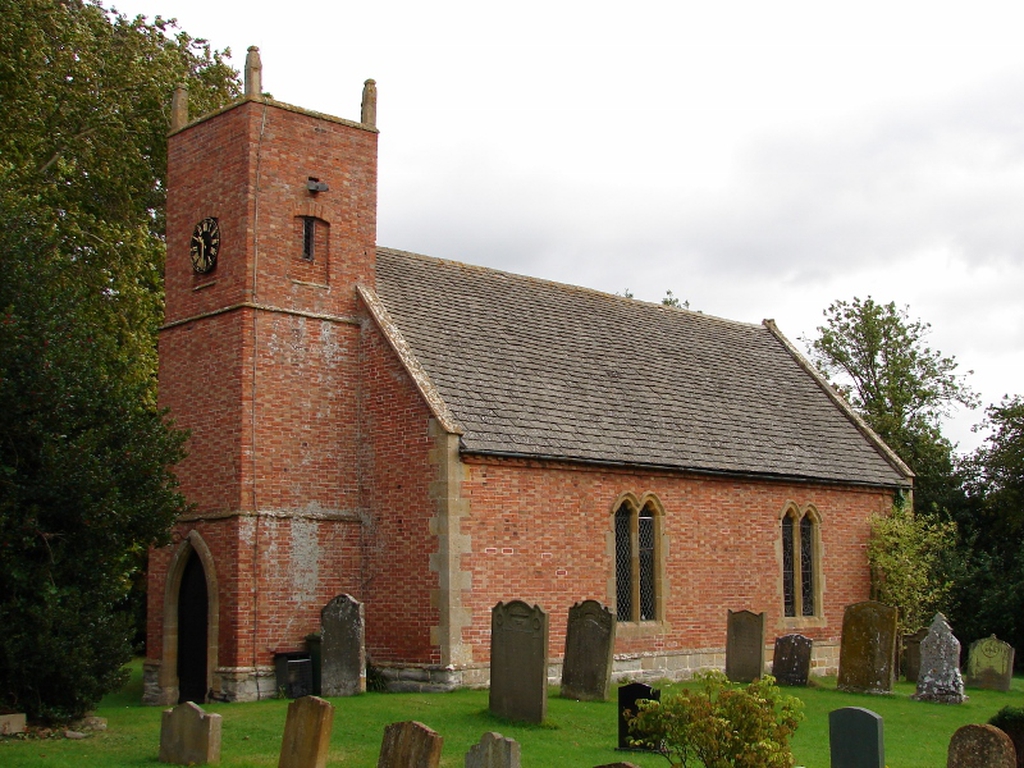 Since 1931 Dorsington has formed part of the County of Warwick, although one is still reminded of its ancient association in that the ecclesiastical parish remains in the Diocese of Gloucester.  The Church Registers date back to 1571.

Atkyn’s History of Gloucester published in 1712 records that, “the Church is small and has a little tower, there are 20 houses and in the Parish are 100 inhabitants”.  The church referred to here was burnt down in 1748 and was rebuilt mainly in brick and roofed with Cotswold tiles in the year 1753.  This roof has been replaced in recent years. The only articles saved from the fire were the fine Jacobean pulpit and the single Charles I bell which bears the inscription: GOD SAVE THE KING 1643.

In 1866 the Rev Lilley Smith was instituted to the benefice.  One of his first tasks was to open a Day School in one of the cottages.  He appears to have been a man of substance as well as dedication for, finding the church in a very dilapidated condition, he opened a subscription list which he headed with a gift of £100.  With a further sum, donated by relatives and friends, he set about repairing the exterior and refurnishing and decorating the interior.  During this restoration, which was completed in 1870, the old ceiling was removed, leaving the present roof timbers open to view.

The stained glass of the East window, with its sacramental theme of Bread and Wine, portrays the miracles of The Changing of the Water into Wine, The Barley Loaves and Fishes, the Last Supper and the Appearance of Our Lord to the two Disciples at Emmaus.  It was the gift of the Rev R. Laurance (Rector 1838-51).  The small windows on the North and South of the sanctuary were presented by the Rev. Lilley Smith in 1883; the former being a memorial to his mother and sister.  They are thought to be the work of Clayton and Bell.  The memorial to the Rev Lilley Smith in the South wall of the nave with the figures of SS. Peter and Paul is by Kempe.  In the North wall the memorial window to Mrs. Margaret Roberts of Dorsington Manor (a churchwarden of St Peter’s for many years) is modern, being the work of Harry Harvey of York.  Here the subjects are SS Cecilia and Margaret of Scotland.  The remaining windows are diamond light of rich antique glass.

A memorial tablet to the fallen of World War I is on the West wall by the font.  The liturgical sets of altar frontals, burses and veils, seat covers, curtains and hassocks, as well as various pieces of altar linen, are the work of parishioners.  The church services are accompanied by an Allen Digital Organ, when an organ is available.  This was presented to St. Peters in 1990 in Memory of Christopher and Annie Rowena Finch.

From the church records we learn that the yew outside the church door was planted in 1838.  The eight yews forming forming the avenue known as “New Walk” were planted in 1863.   The plane tree (Platanus orientalis) on the North side was planted in the same year.  Following on the ravages of Dutch Elm disease, which destroyed five trees on the Eastern boundary, four Perry Pear trees were planted in 1977. The latest addition to the church is the clock, which was Dorsington’s tribute to the new millennium.