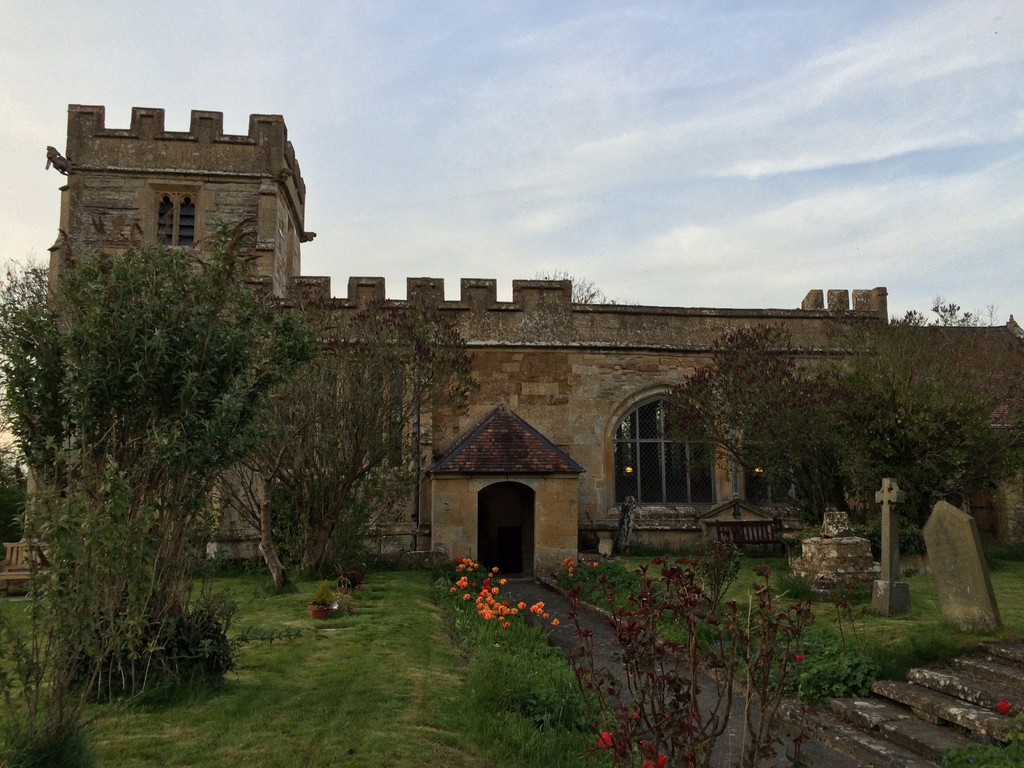 The church of All Saints ia a Grade 1 listed building and is unusual in one respect, in that the vast majority of it was built at one time, in the late 15th century. On the 23rd August 1480, the lord of the manor, John Greville died and left £50 to build church in Weston. Whether it was an entirely new building.an enlargement of a small chapel already on the site or partly built from stone from a demolished building is not known. A Chantry Chapel (St Anne's) was built on the south side of the Nave but this was demolished perhaps in the 17th century. In the 17th century a porch was built, box pews fitted into the Nave and a new altar, bier and church chest installed. The wainscote behind the altar was also put in place. In the 1890s major structural repairs were needed and Charles Ashbee was the architect for the work. His architect's drawing, in the church, shows what was planned but his plan was never completed. Major works on the chancel took place, paid for by Lord Sackville, the patron of the church. The walls of the chancel may have been rebuilt in brick, and were pebble dashed, a new tiled roof installed and the interior plaster renewed. In the 1920s the boix pews were removed and the wood used to make the wainscote round the nave. The present pews, altar, lectern,pulpit and choir stalls were fitted and paid for by Lord Sackville. In 1960 the Buttler family gave the present organ to the church to replace a manual one. In 2011 traces of medieval wall paintings were discovered during repair of the plaster and decoration. Experts checked the whole church for further evidence and found possible medieval paintings on the whole of the north wall in the nave and 17th cartouches on the south wall. Unfortunately the expense of revealing and conserving them were beyond the resources of the small congregation and they have been covered over with fresh lime wash and maybe some day will be revealed in all thier glory.