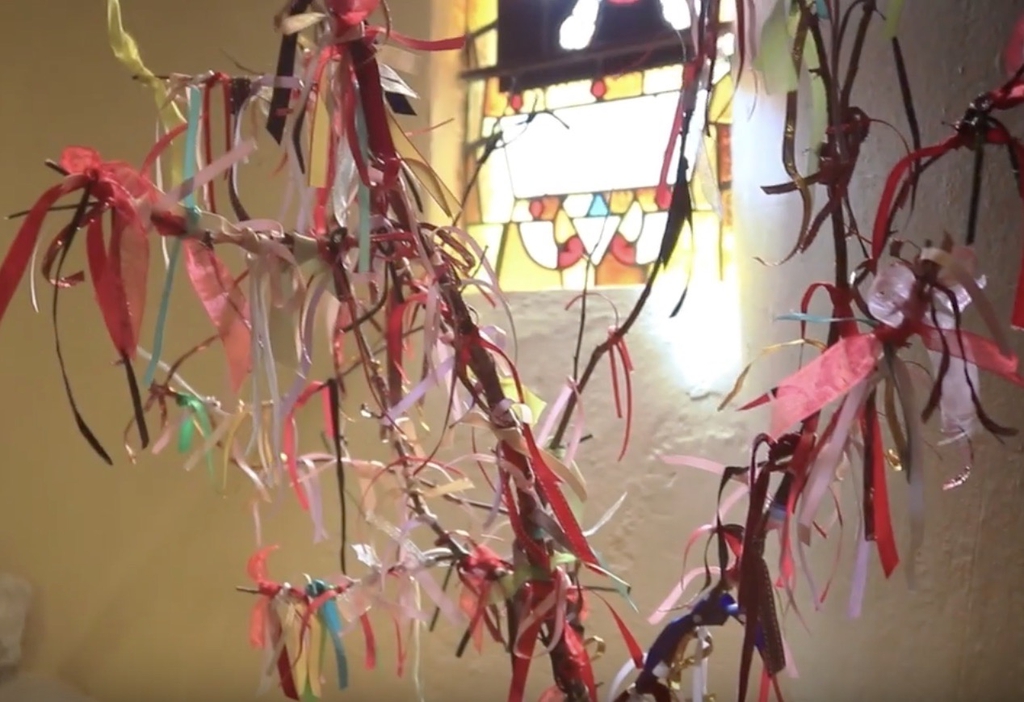 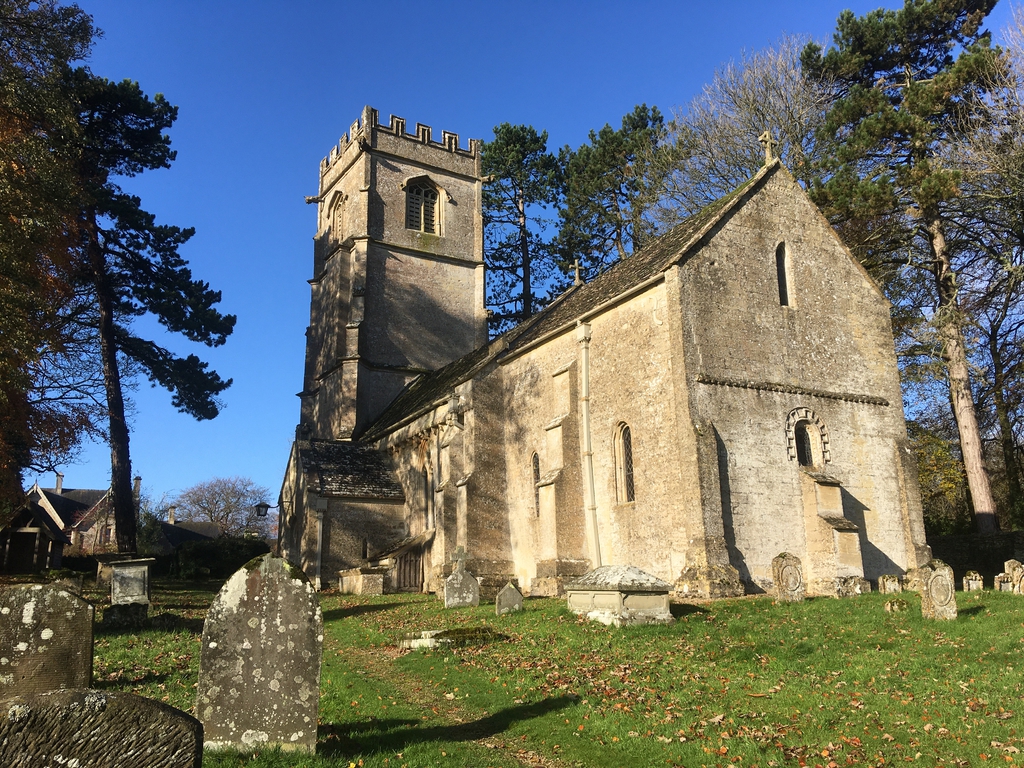 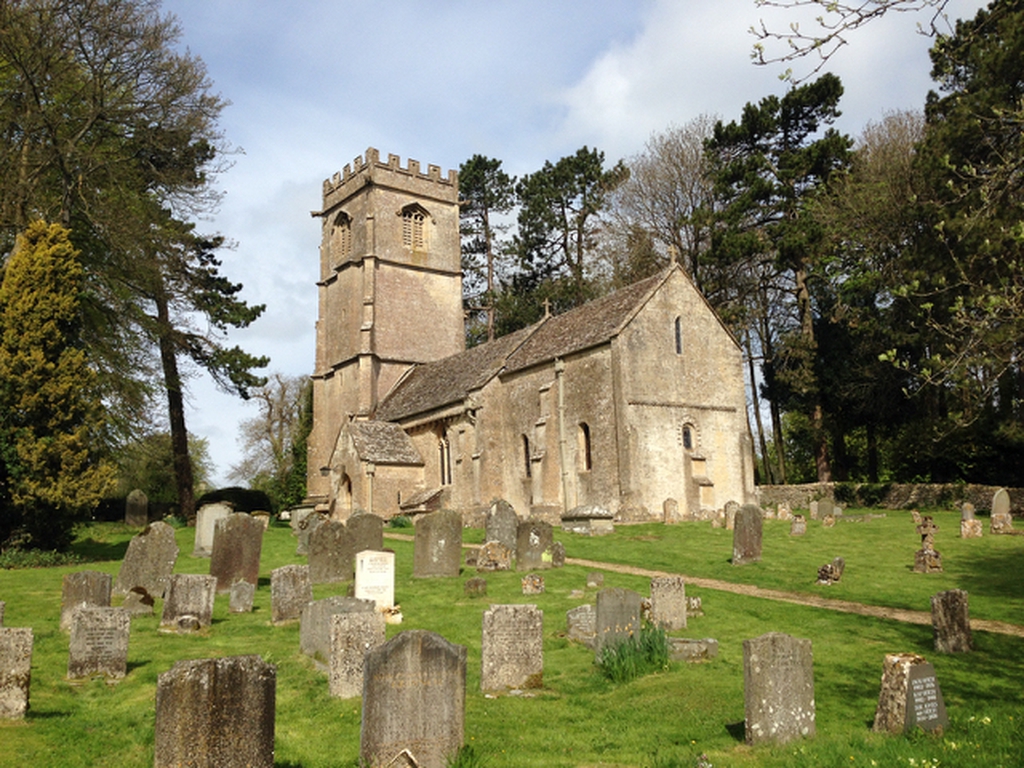 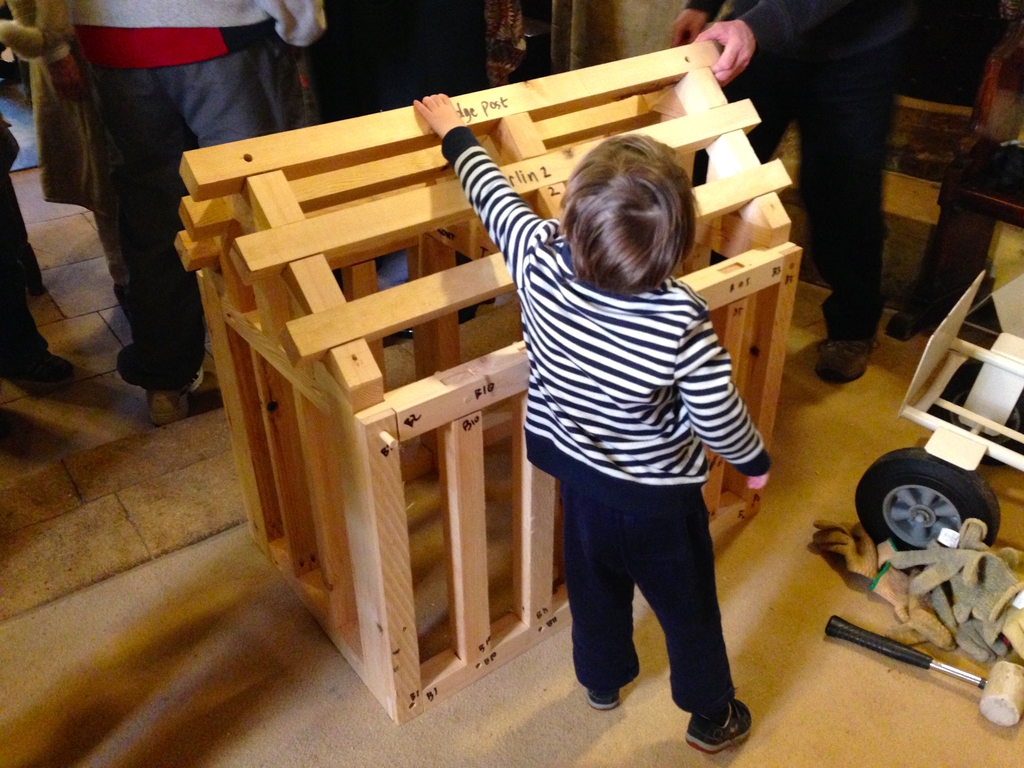 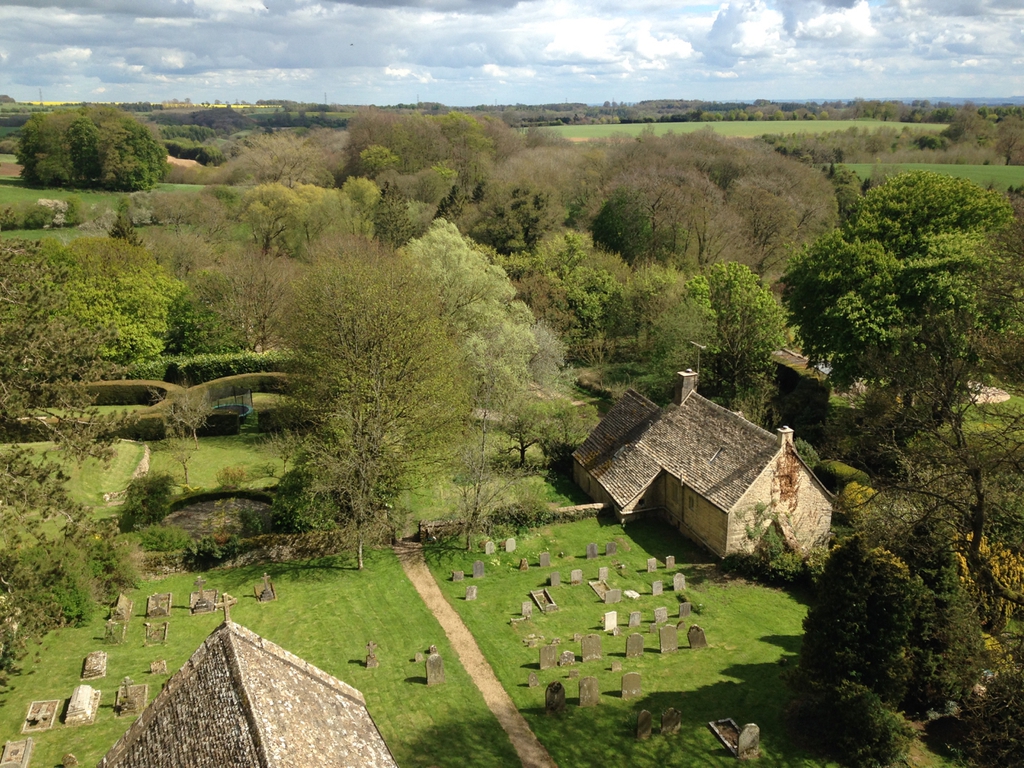 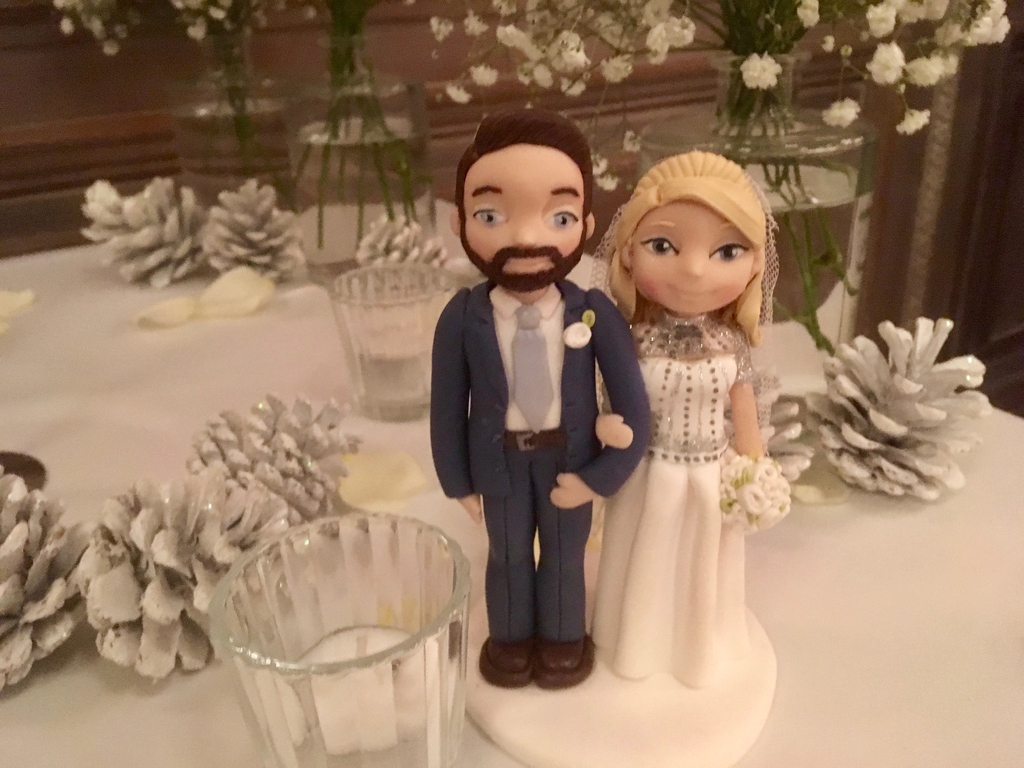 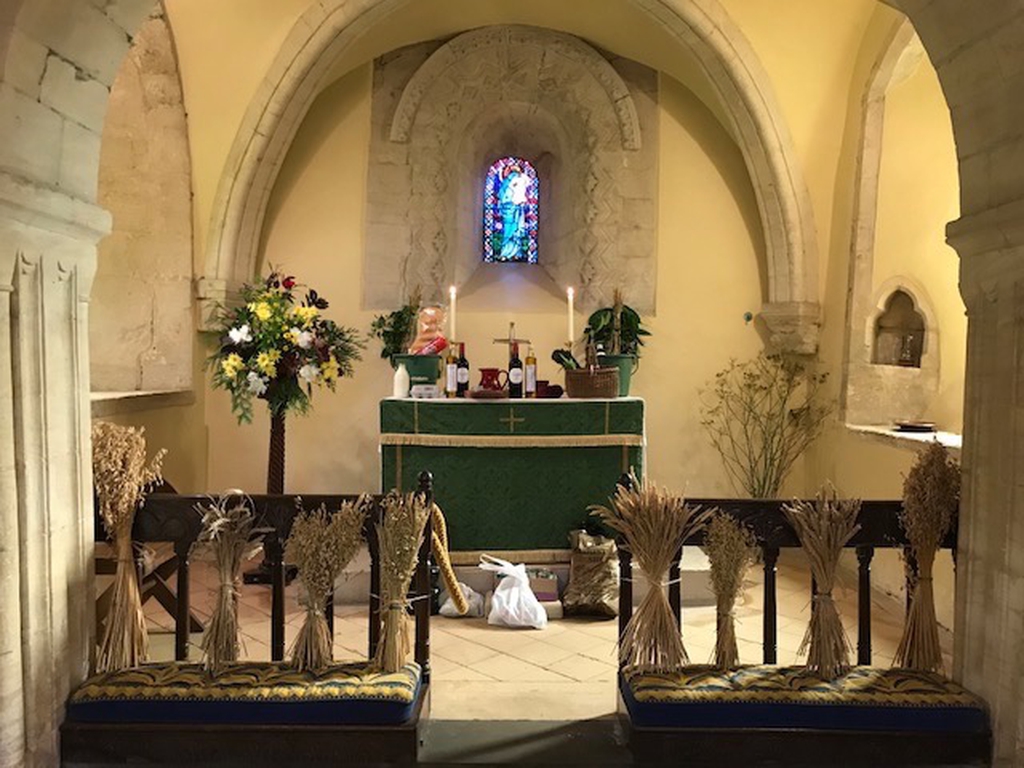 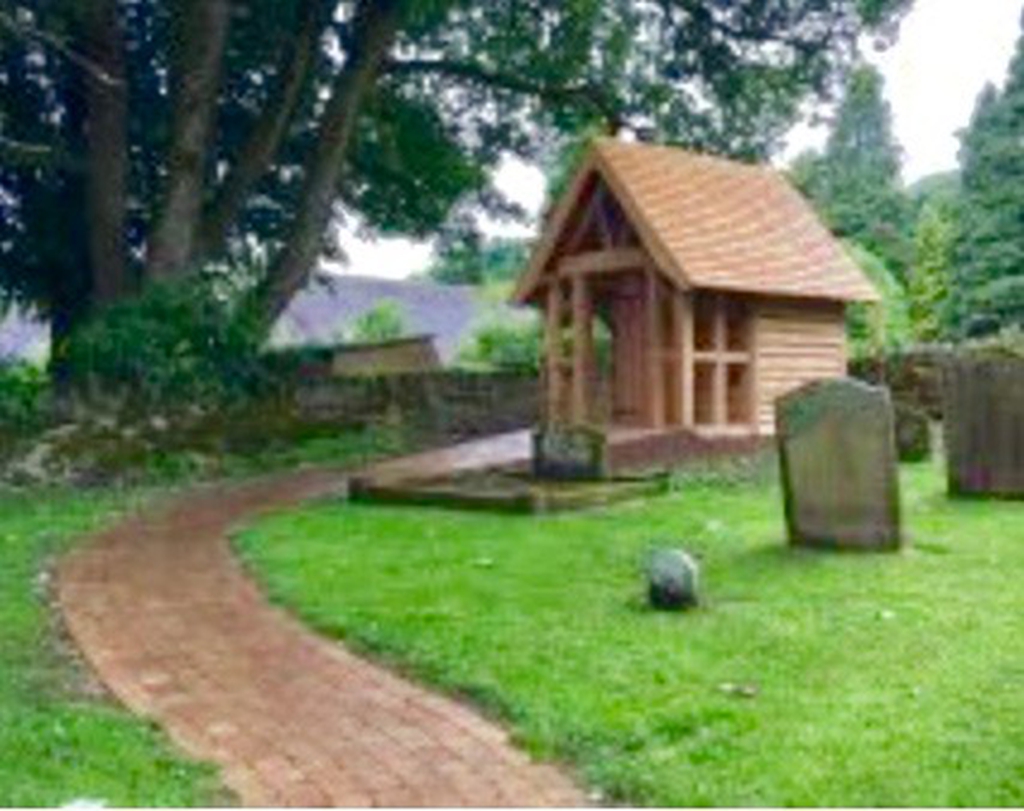 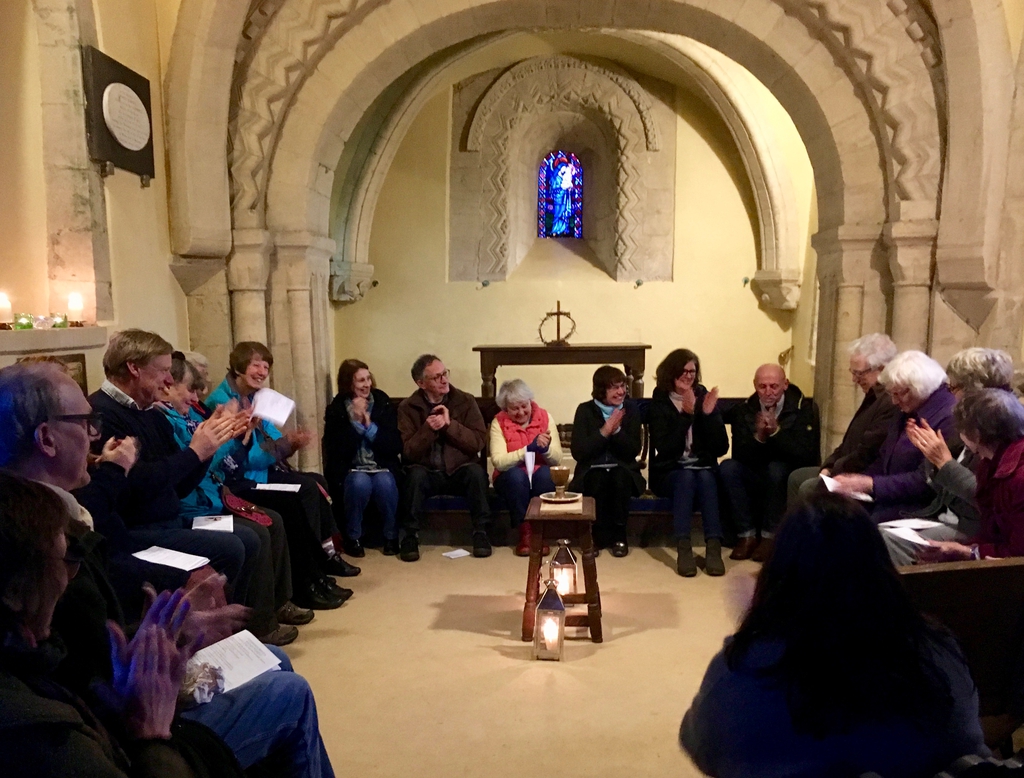 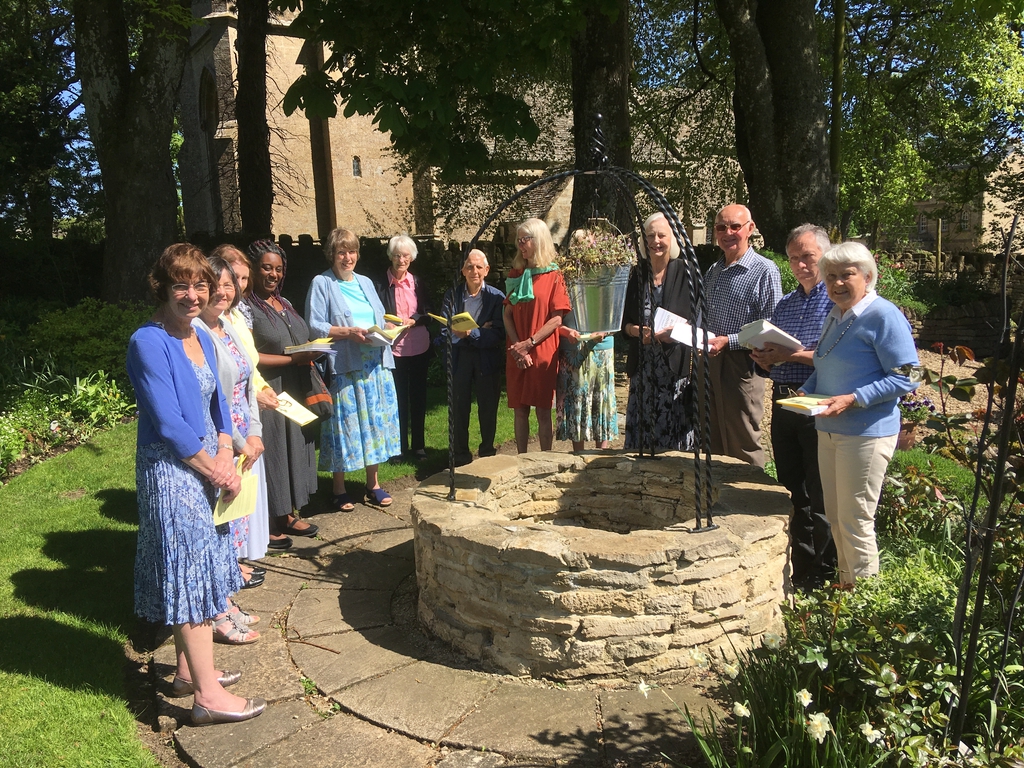 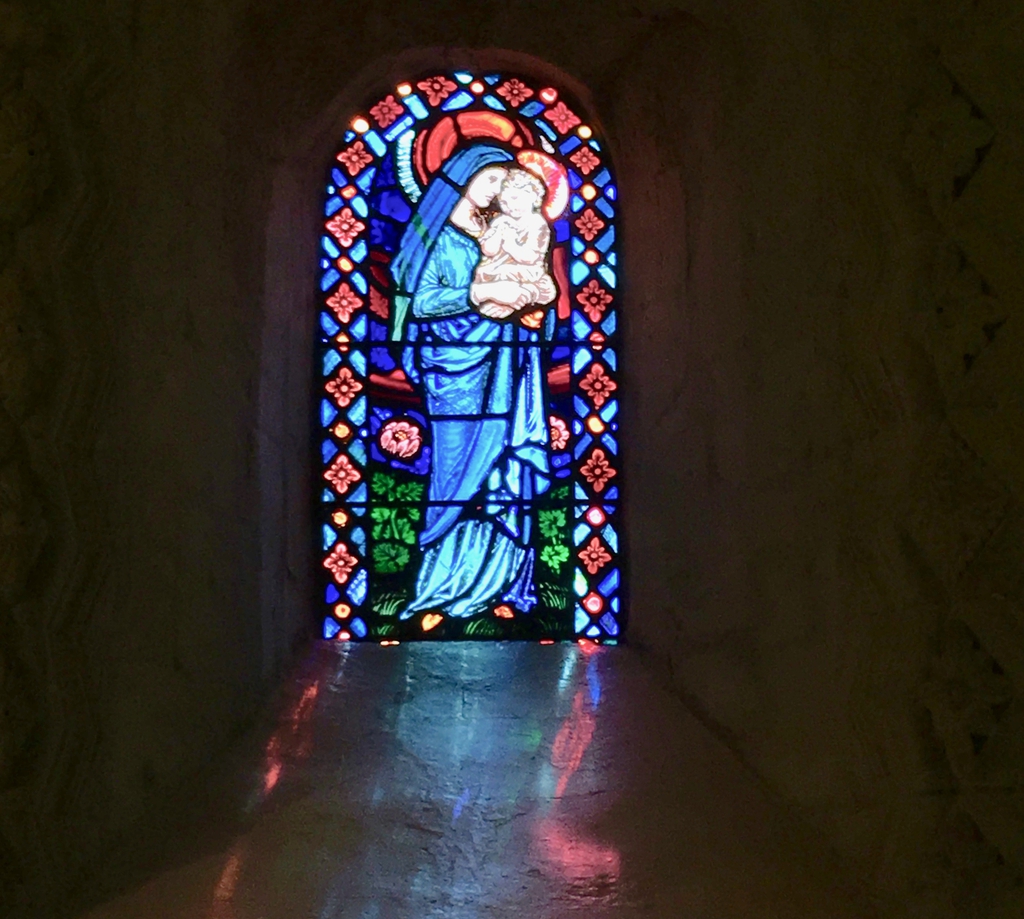 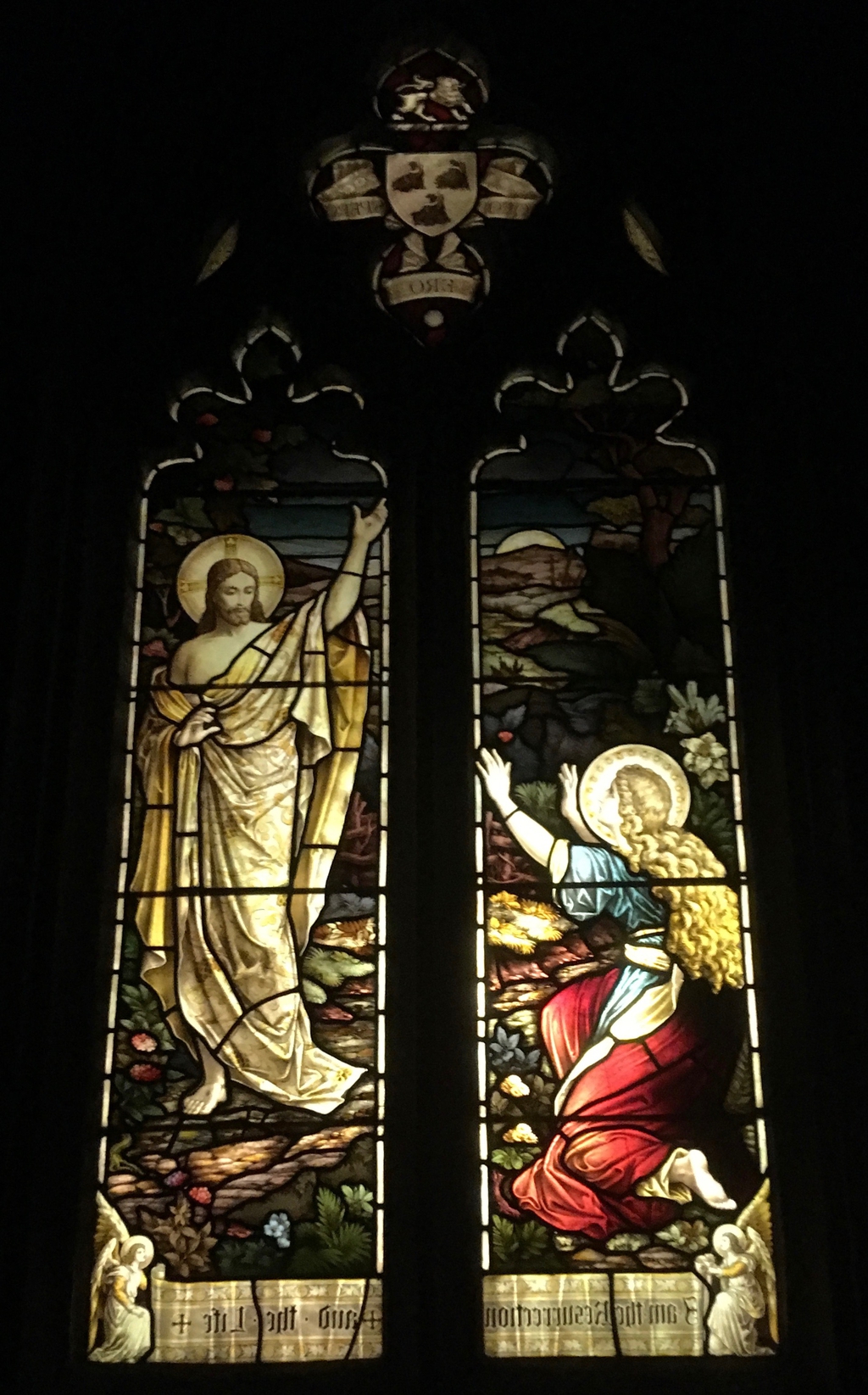 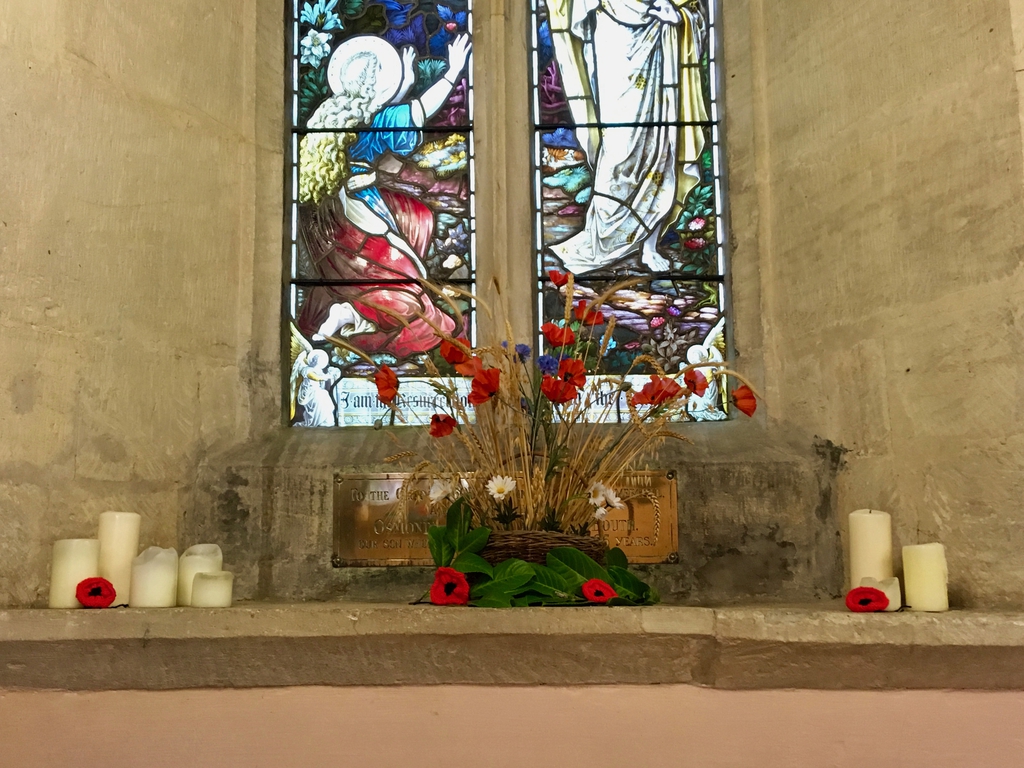 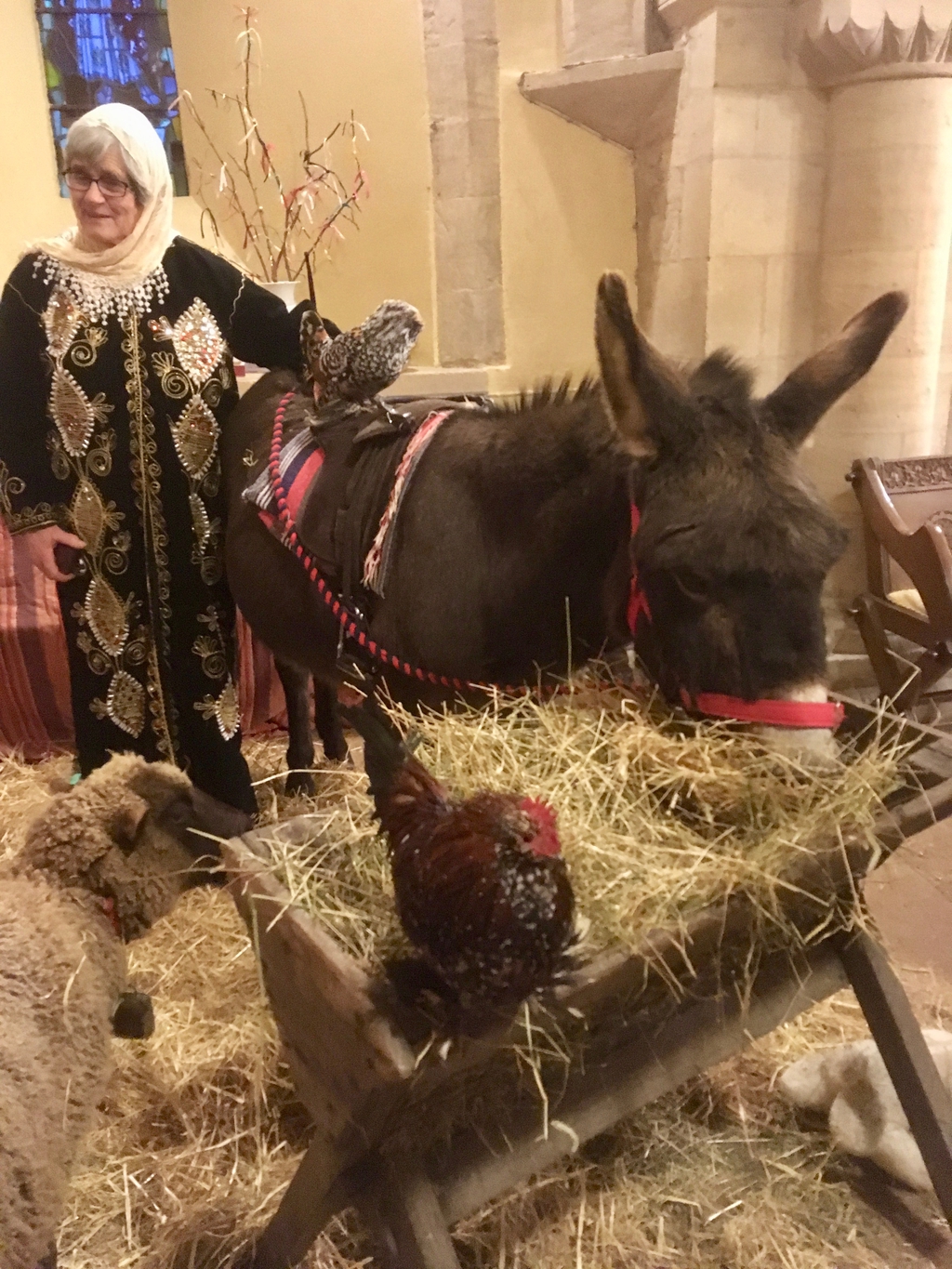 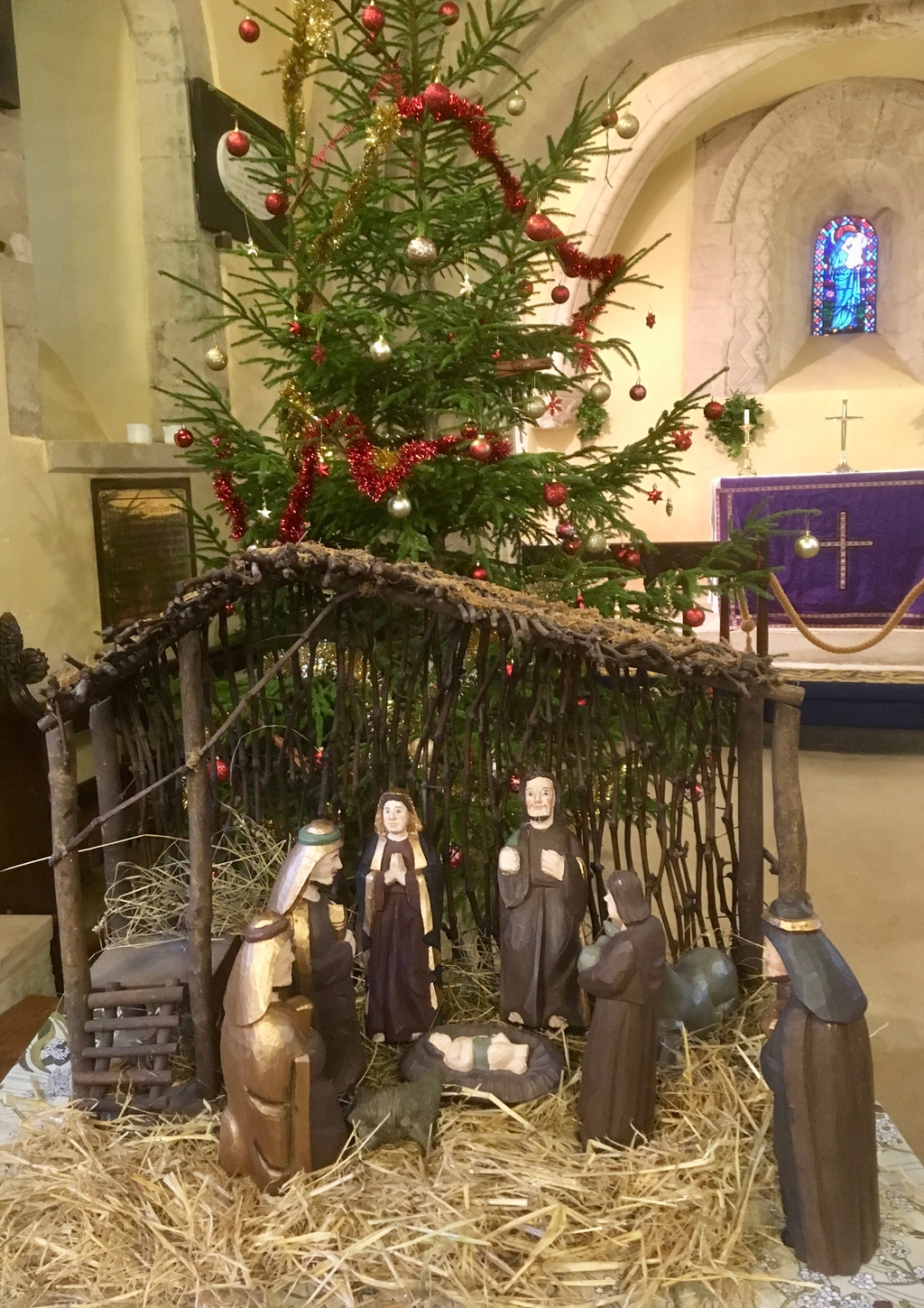 Elkstone is one of the highest villages in the Cotswolds  which follows the route of the Roman Ermin Way, seven miles south-east of Cheltenham, seven miles northwest of Cirencester, and ten miles east of Gloucester. The village is in a Conservation Area and an Area of Outstanding Natural Beauty. The main village has about 60 houses with a further 40 in the environs, and an adult population of about 180, together with about 50 children. In the past most inhabitants would have had some connection with the land, but now only a few work on the local farms. There is a lively village community with a number of events in the village hall, including a monthly winter village cinema; weekly carpet bowls; weekly watercolour painting group; social events during the year such as Harvest Supper, bring and share events, coffee mornings. There is also a monthly Ramblers group. The village has regularly held a Gardens Open Day with the funds raised being split equally between the Village Hall and the Church. There is a good relationship between "the Church" and "the village", with all the congregation involved in the various activities and events in the village. There are no local amenities in the village such as a shop. There are pubs at the A417 and A435 ends of the village. Some of the children in the village attend the C of E village school in Coberley.

The village produces its own monthly newsletter which will include details about Church services and events. This is distributed with the Benefice newsletter. The Church is Grade 1 listed and stands in a fairly large churchyard which is still in use. The Church is small dating from about 1160, although there is some evidence of a former Saxon building. The Church seats about 75 in boxed pews. There are six bells, which are rung every first and second Sundays in the month prior to services. The nave, chancel and sanctuary are Norman, and there is a 14th century south porch and 15th century tower. Inside and outside the church there is much evidence of very fine Norman features and carvings. It also, unusually, has a columbarium. The Church features in many books on fine architectural churches. Some comments on the Church have been: “In a district rich in Norman churches, this is the most interesting and best preserved." Verey and Brooks; (Pevsner) “Elkstone has the best Norman church in the region" 11th edition of the Blue Guide to England. As a result the Church has many visitors during non-service times. The Church is always left open for these visitors and for others who just want to enjoy its peace and the chance to pray. The village website (http://www.elkstonevillage.com/) has more about the architectural features of the Church and some photographs, through a website link: http://www.elkstonevillage.com/?page_id=25. See also "Explore Churches" https://www.explorechurches.org/church/st-john-evangelist-elkstone