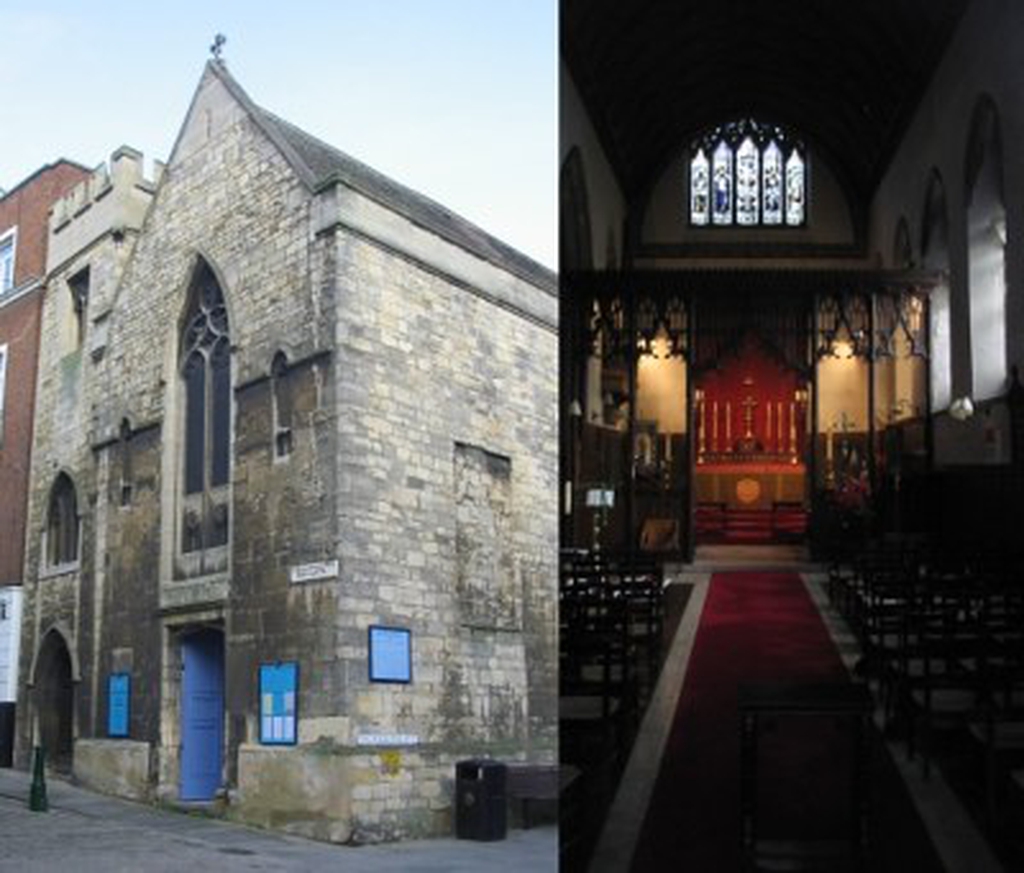 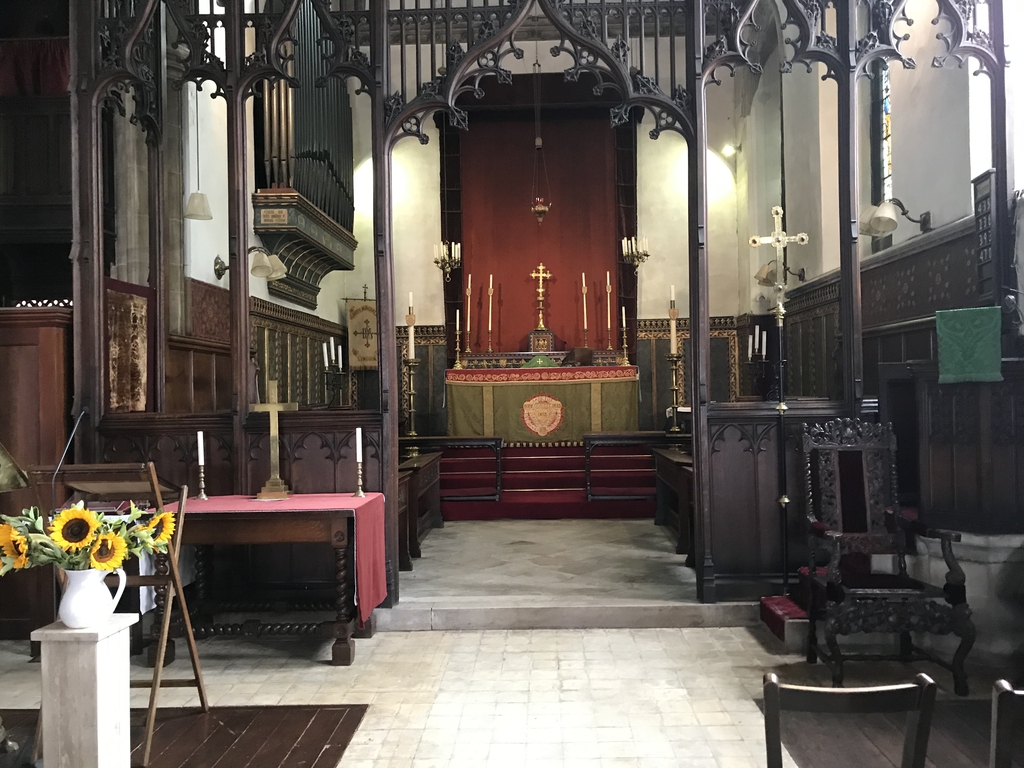 The church they knocked down or modified to build the cathedral! That was the fate of the first-known building for the Parish and the remains of the foundations are believed to be under the cathedral's nave floor. For some time, the dispossessed parishioners heard Mass said at the western end of the original, smaller-than-now, Norman cathedral, their children were baptised in the cathedral font and their dead were buried in the cathedral graveyard.

As a result, in the late 13th century, Bishop Oliver Sutton (who previously had been the Dean of the Cathedral) provided a new plot of land within the Close but accessible from the Bail where the present church building has stood for seven hundred years. On the Sunday either before or after St Mary Magdalene's Day (July 22nd), the Parishioners re-assert their right to worship in the Cathedral by processing across from the current church to visit their ancient parish church and hold a service. As there are now so many people attending this occasion, in practice this takes place by starting at the west end of the cathedral (where the Parishioners first-ever congregated), then proceeding to the Quire for Evensong and  then back again to the west end before returning to the current church where refreshments are served.

We are a sanctuary of peace and prayer amongst the bustling tourist area of Lincoln.

There is a service of worship every day and a lively, active congregation ministers both to parishioners and to many visitors from all over the world

We welcome everyone from all walks of life either to visit the church or to join us for worship.