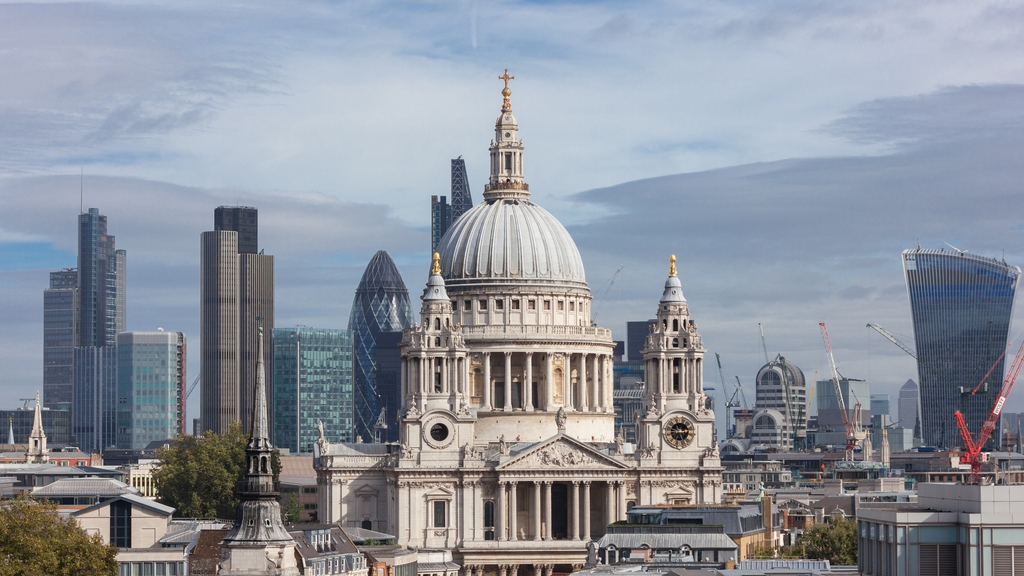 St. Paul's Cathedral
Services and events
News and notices
About us
Find us
New Change London
Get in touch
(020) 7236 4128
Facilities
More information
Social
Edit this Church

A Cathedral dedicated to St Paul has overlooked the City of London since 604AD, a constant reminder to this great commercial centre of the importance of the spiritual side of life.

The current Cathedral  the fourth to occupy this site  was designed by the court architect Sir Christopher Wren and built between 1675 and 1710 after its predecessor was destroyed in the Great Fire of London. Its architectural and artistic importance reflect the determination of the five monarchs who oversaw its building that London's leading church should be as beautiful and imposing as their private palaces.

Since the first service took place here in 1697. Wren's masterpiece has been where people and events of overwhelming importance to the country have been celebrated, mourned and commemorated.

Important services have included the funerals of Lord Nelson, the Duke of Wellington and Sir Winston Churchill; Jubilee celebrations for Queen Victoria; peace services marking the end of the First and Second World Wars; the launch of the Festival of Britain; the Service of Remembrance and Commemoration for the 11th September 2001: the 80th and 100th birthdays of Queen Elizabeth, the Queen Mother; the wedding of Charles, Prince of Wales, to Lady Diana Spencer and, most recently, the thanksgiving services for both the Golden Jubilee and 80th Birthday of Her Majesty the Queen.

Over the centuries, St Paul's has changed to reflect shifting tastes and attitudes. Decoration has been added and removed, services have been updated, different areas have been put to new uses. Today, the history of the nation is written in the carved stone of its pillars and arches and is celebrated in its works of art and monuments.

In the crypt are effigies and fragments of stone that pre-date the Cathedral, relics of a medieval world. From Wren's original vision, Jean Tijou's beautiful wrought iron gates of 1700 still separate the quire from the ambulatory; children still test the acoustics in the Whispering Gallery; and the 1695 organ which Mendelssohn once played is still in use.