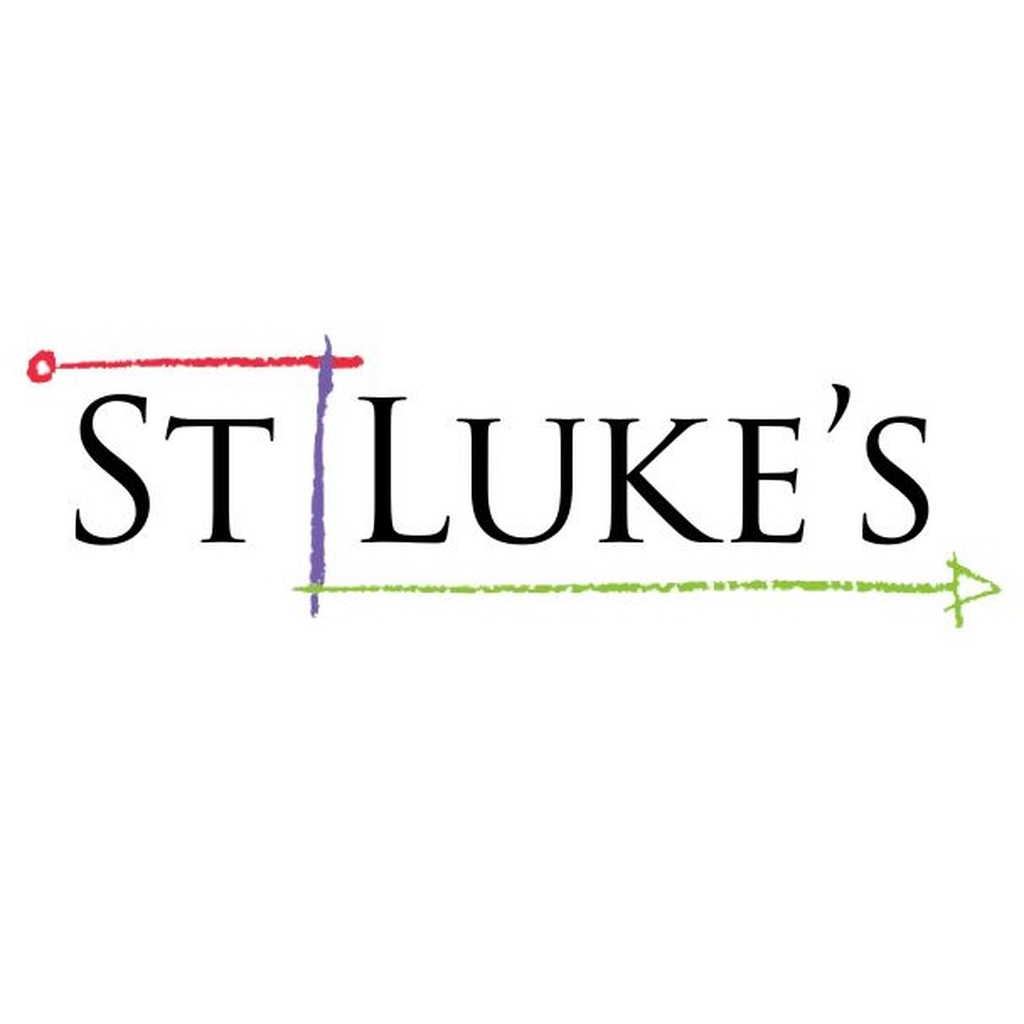 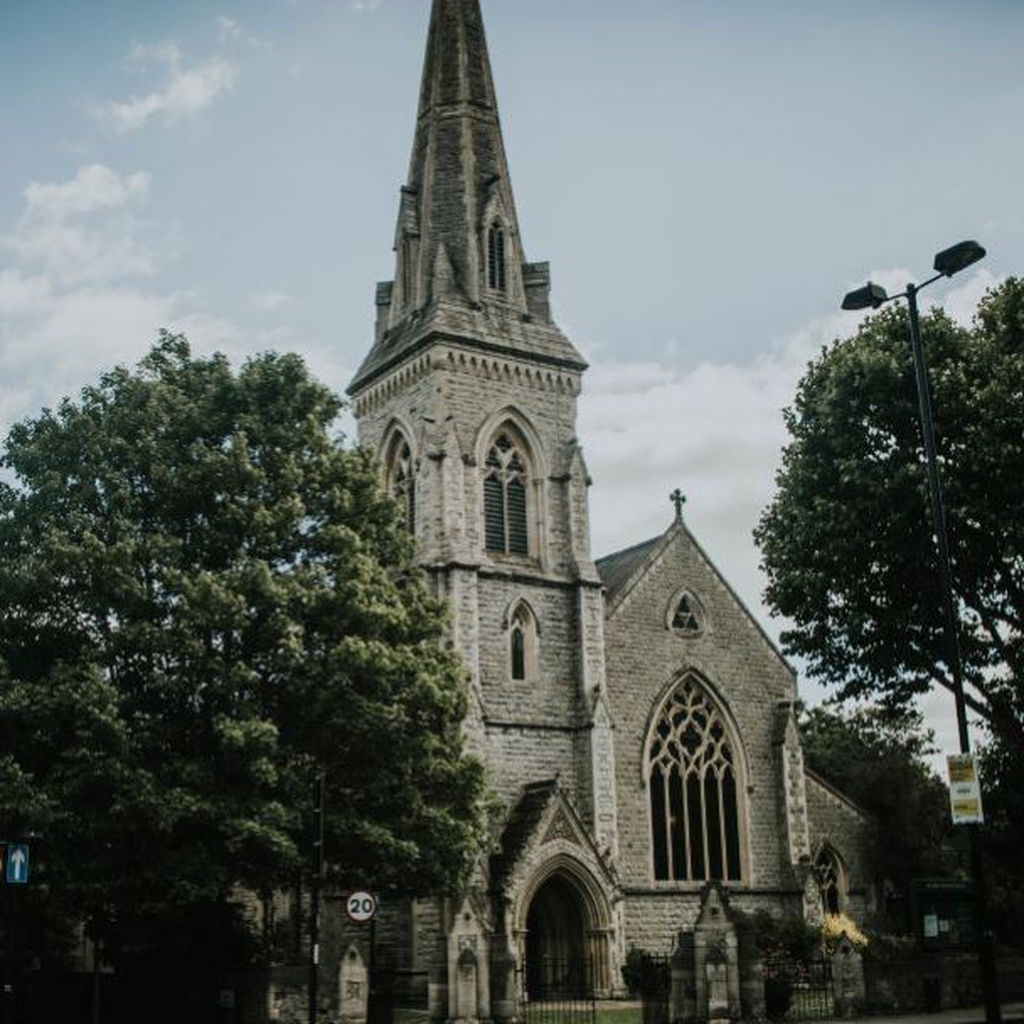 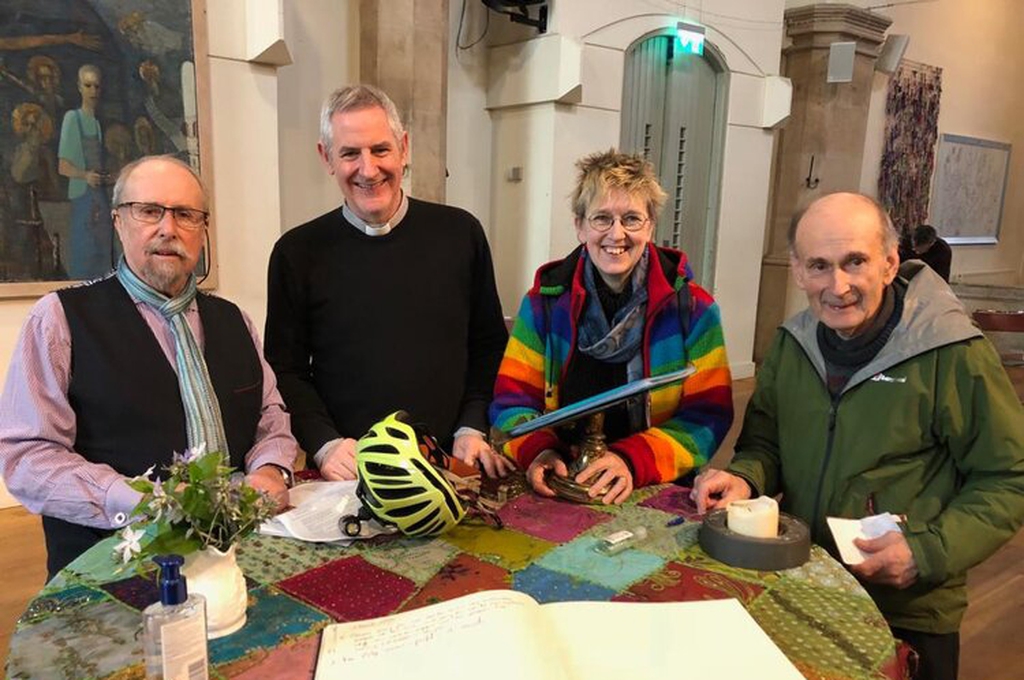 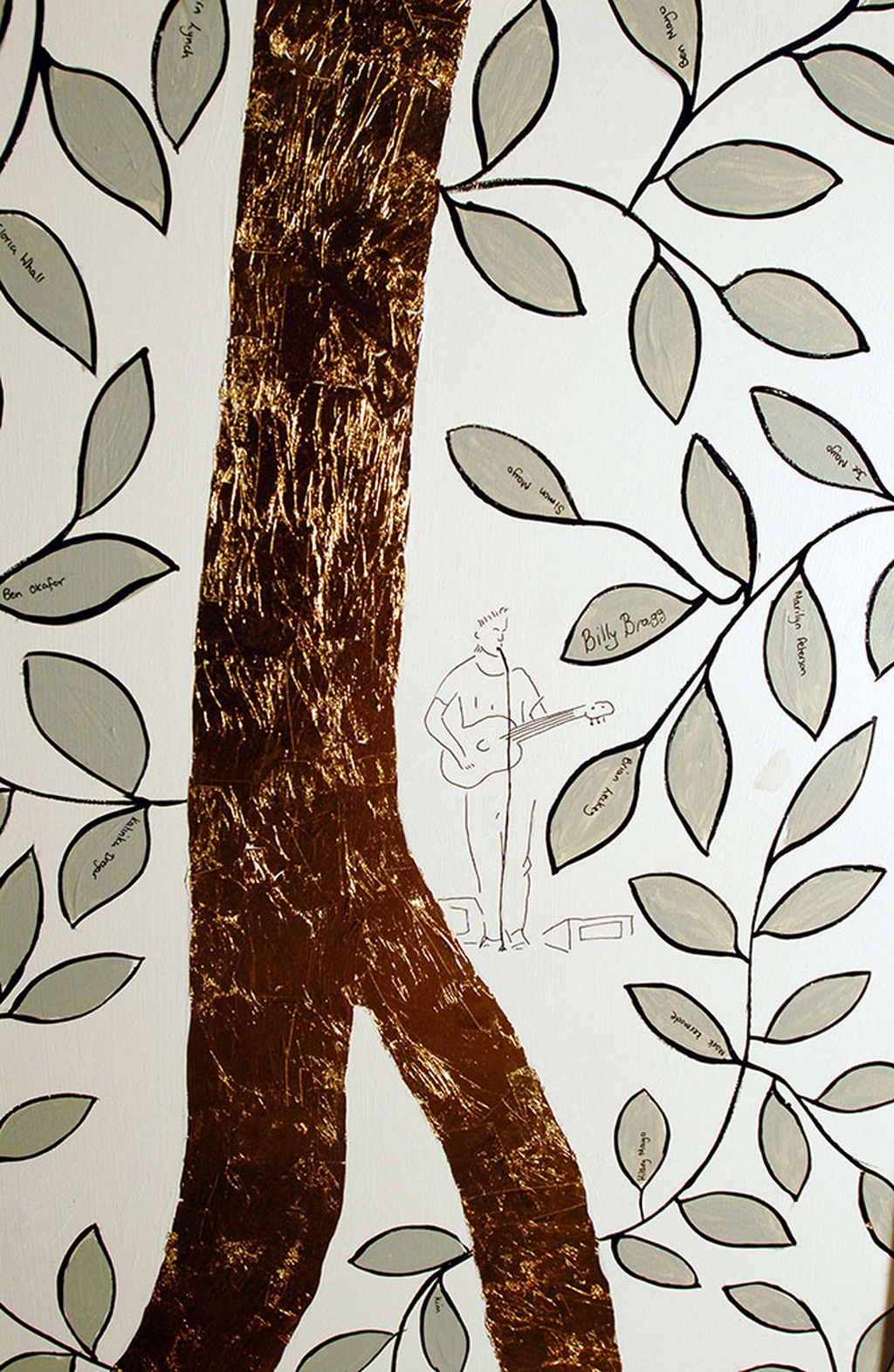 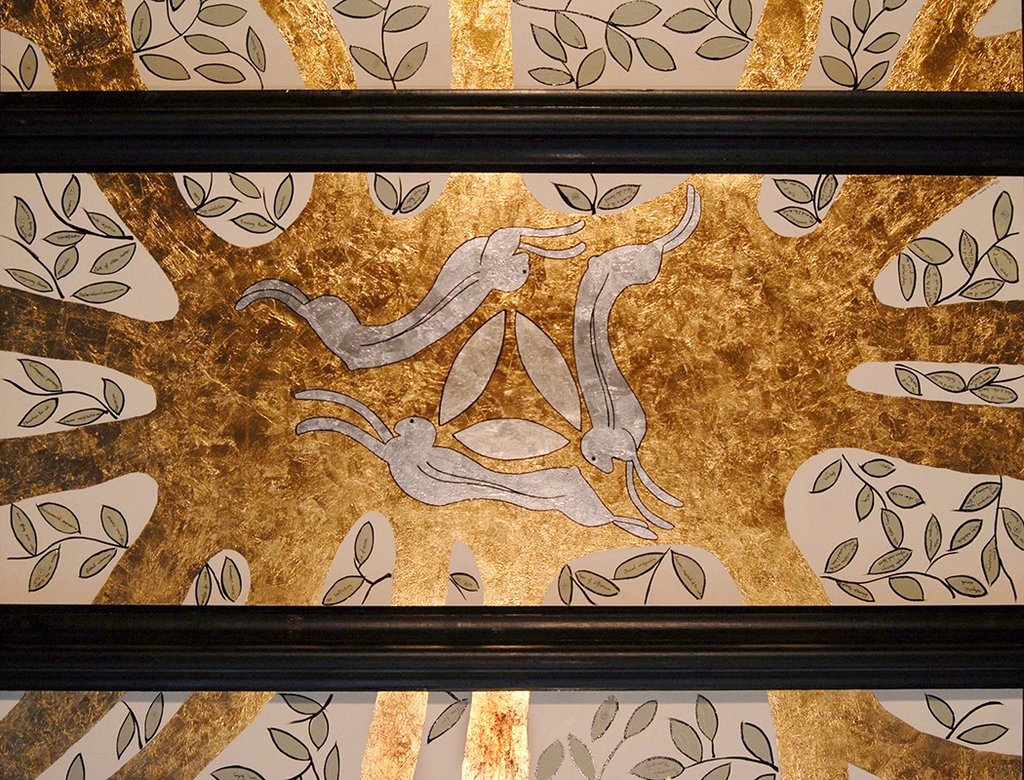 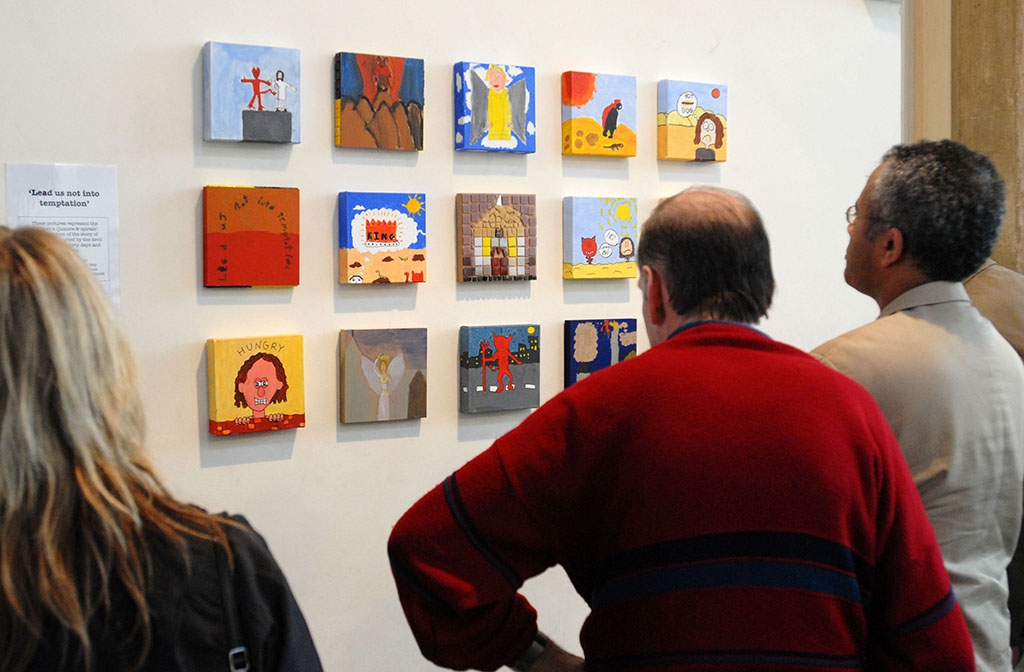 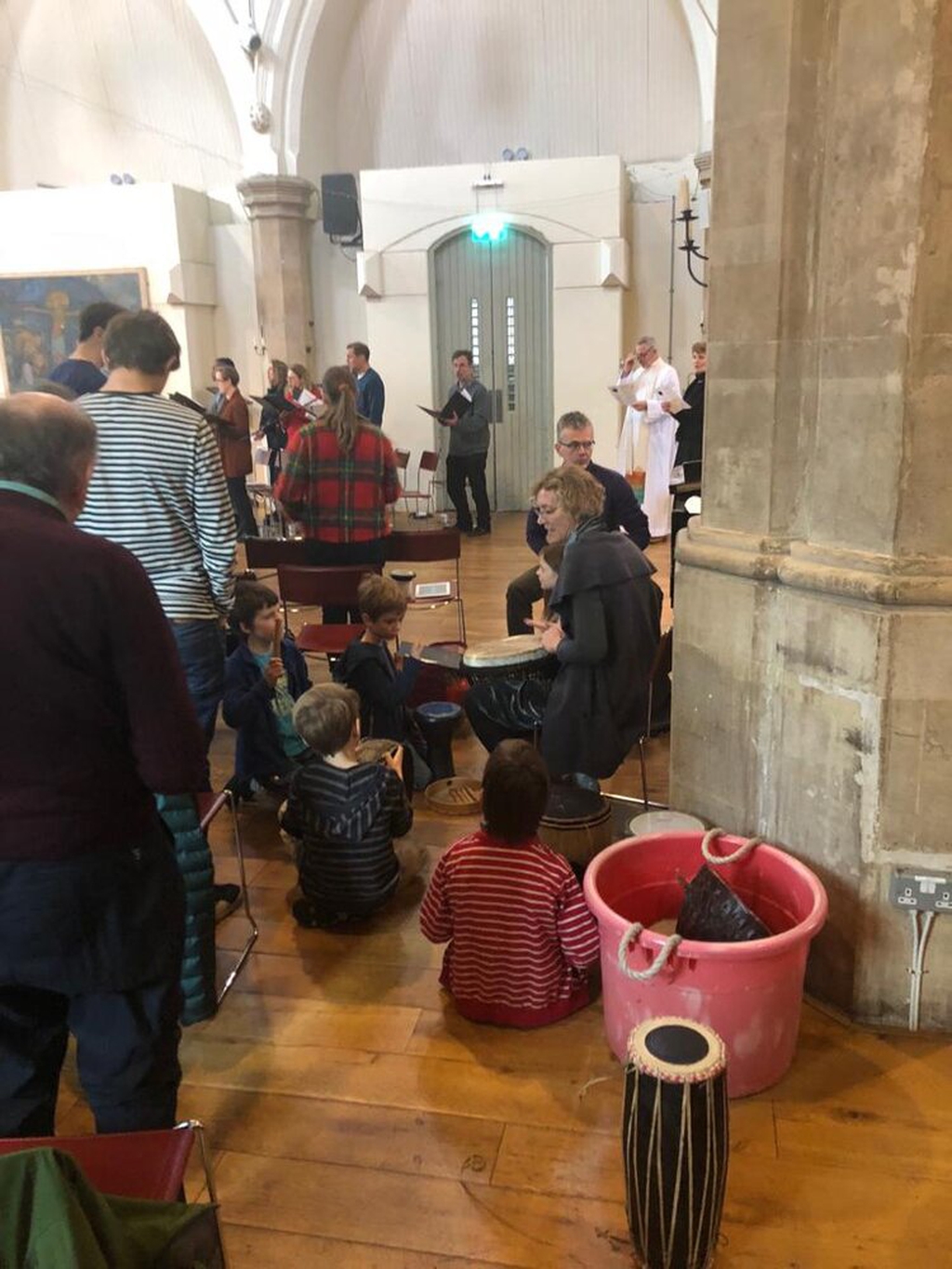 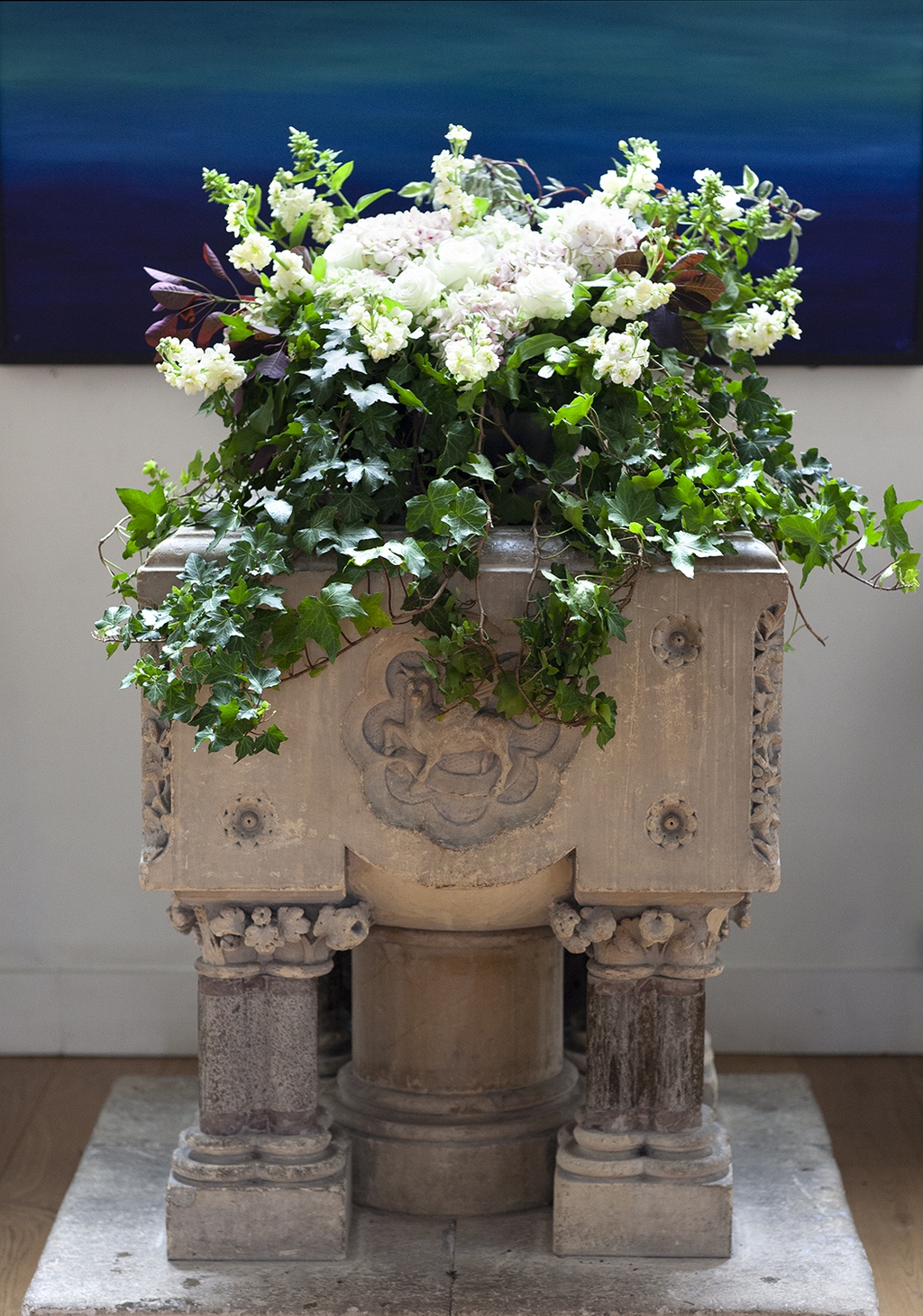 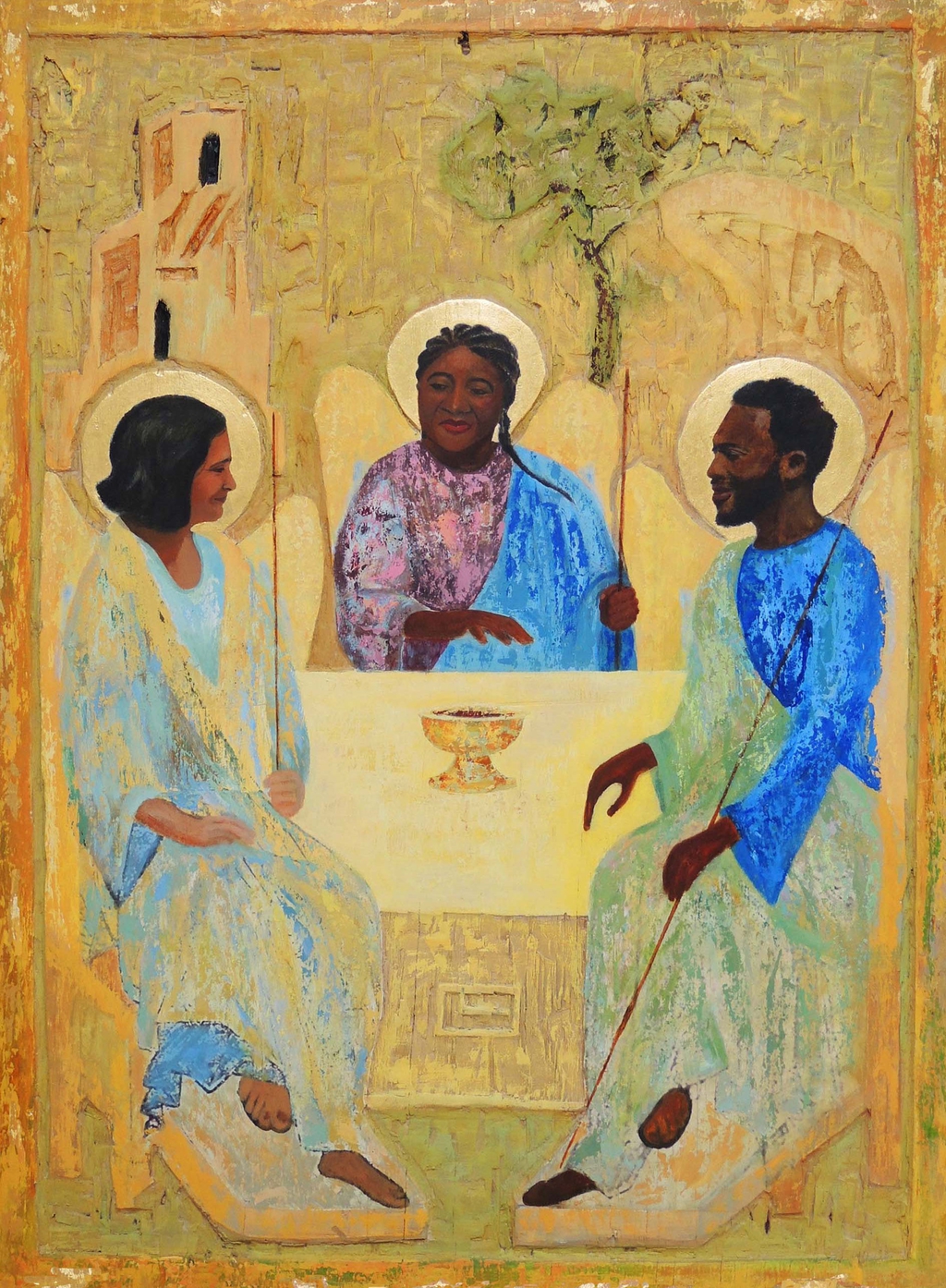 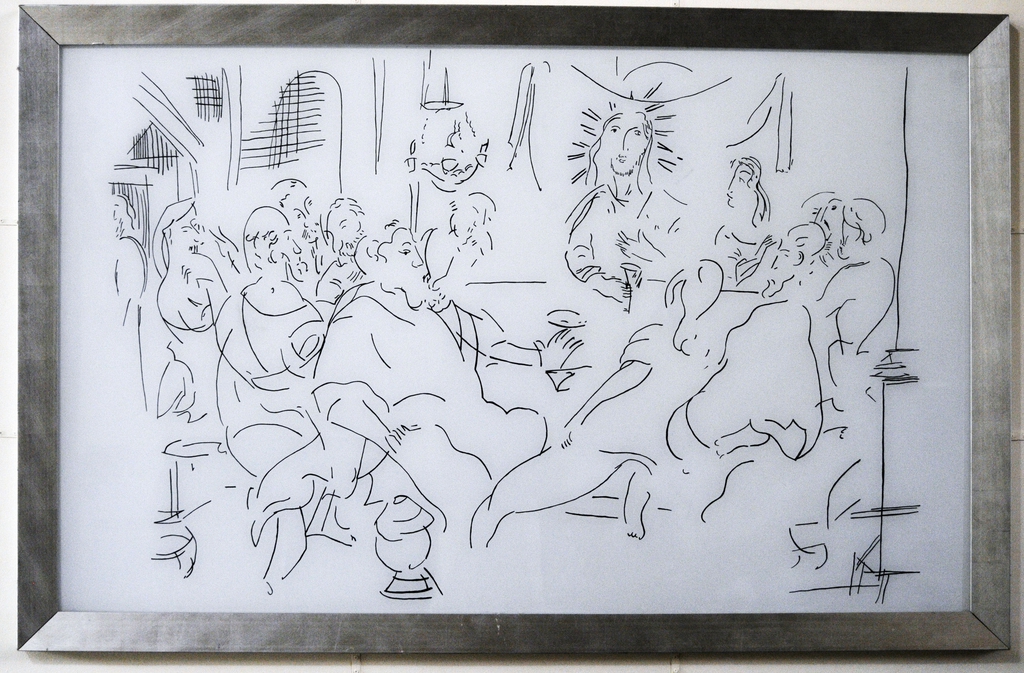 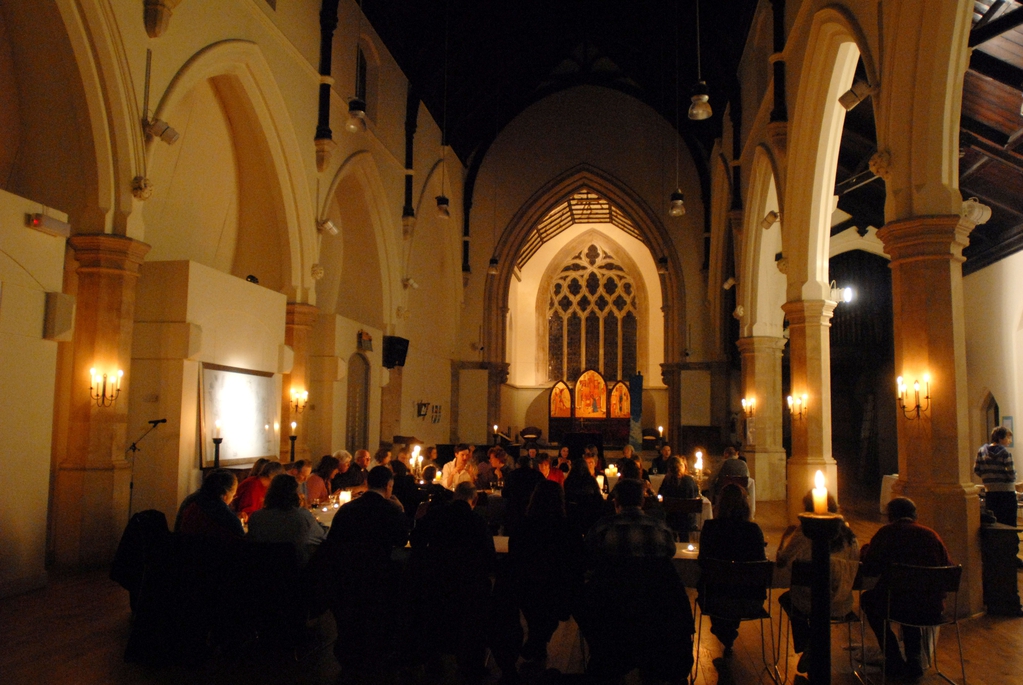 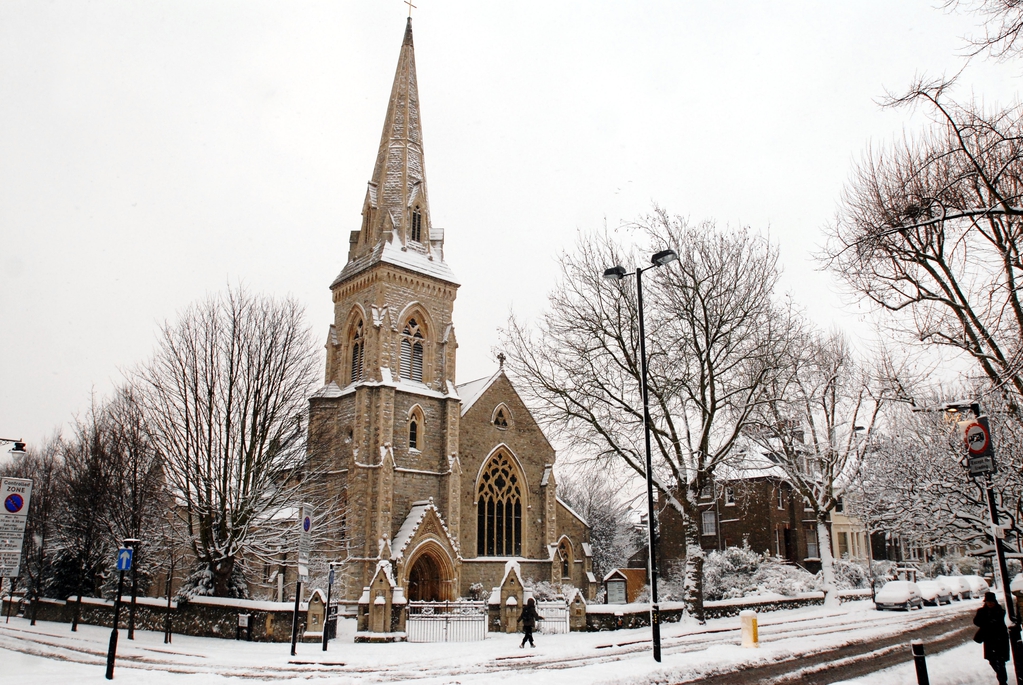 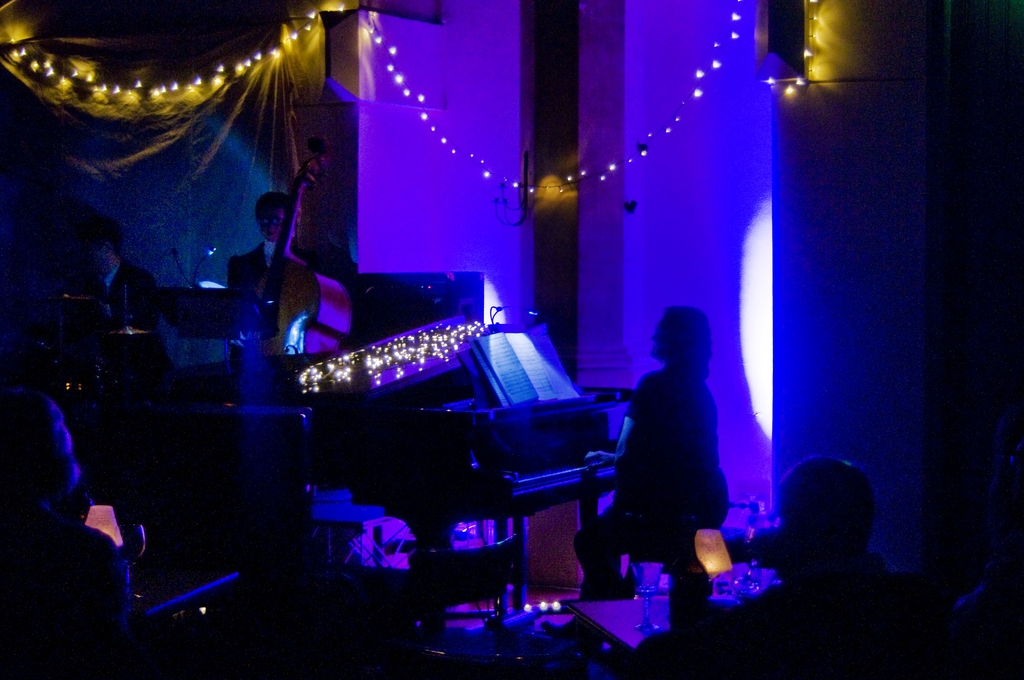 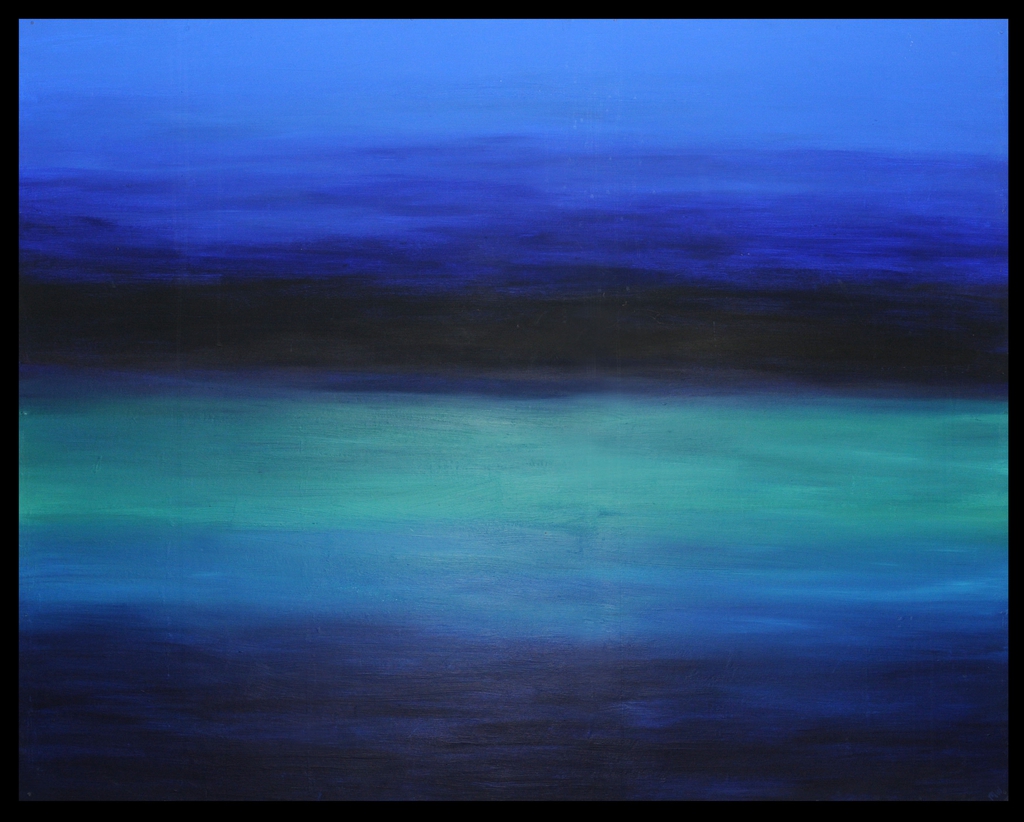 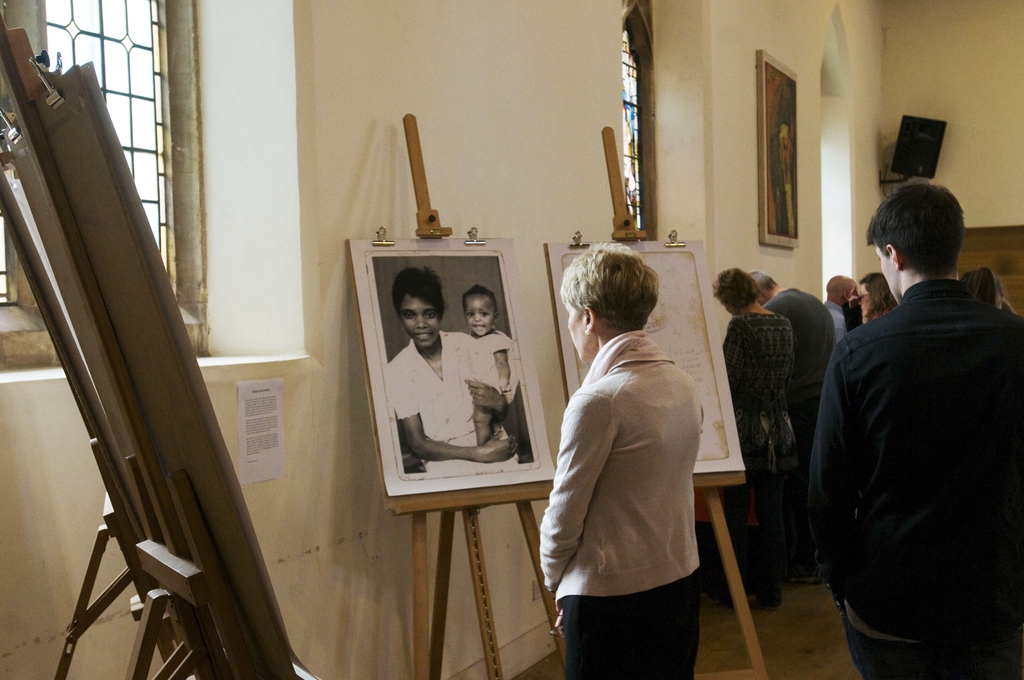 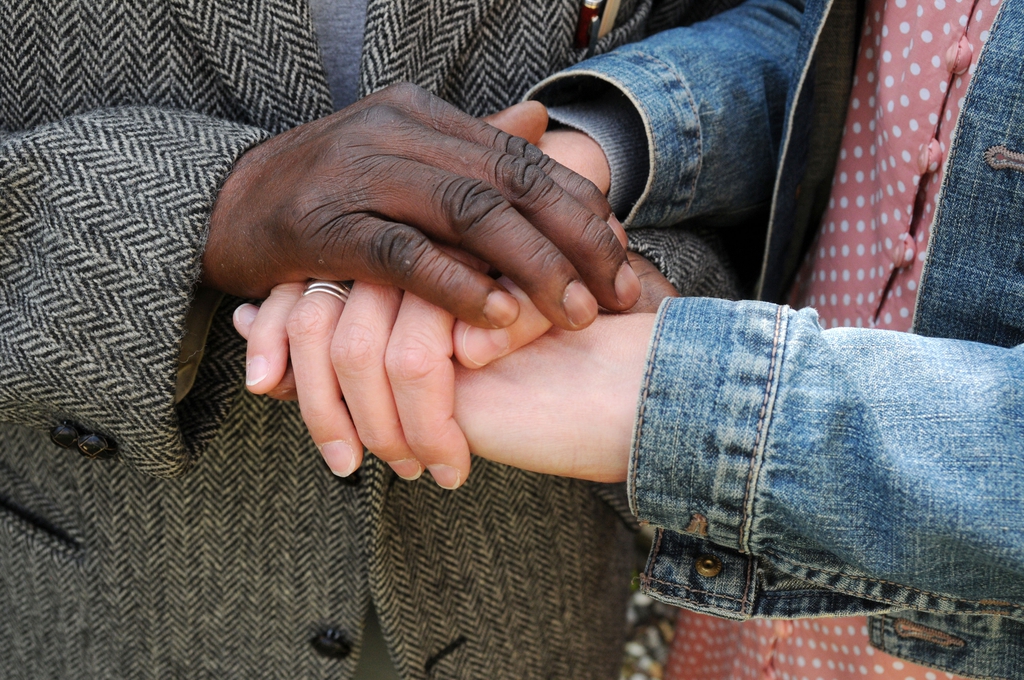 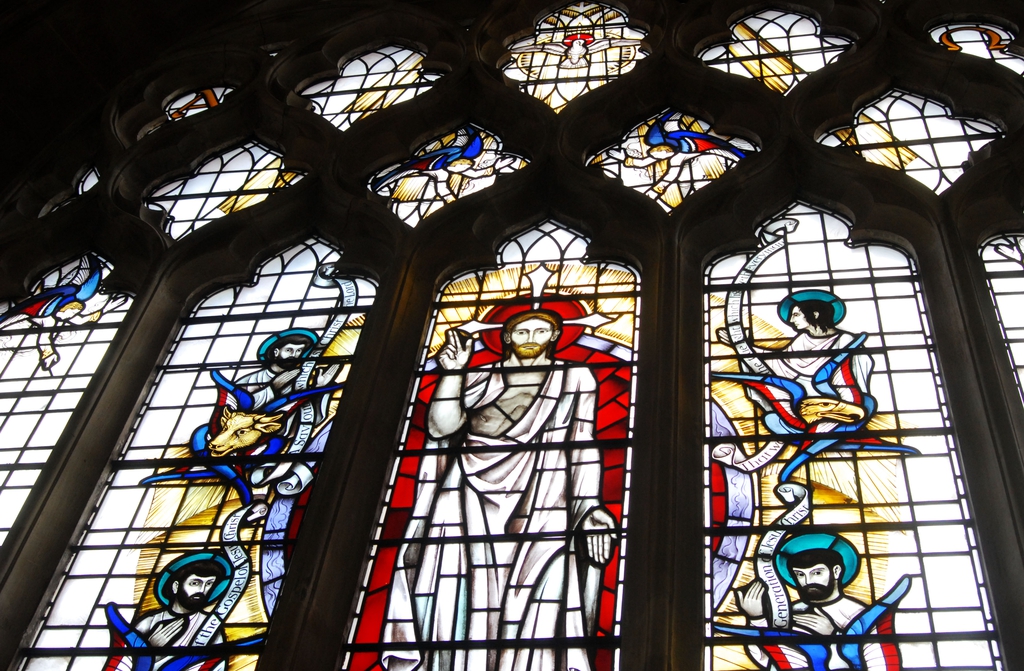 As Ivy is celebrating her 100th birthday this Autumn it reminded us that she told us a little about her life in ‘The Gospel According To Ivy.’

If you've ever been to a church service chances are you heard a reading from one of the four Gospels - Matthew, Mark, Luke or John. But what if we were to hear from a Fifth Gospel, from the stories of the people sitting next to us?

Sometimes at St Luke’s we listen to short stories of faith and doubt, of love and longing by people in our own church. We’ve started putting them online here.

The Gospel According to Ivy

‘You can’t just blame God for the war but it did make you wonder how he could allow this. No-one has an answer for these tragedies.’

Ethel, my sister, was born in 1927 and I was born in 1920. We lived at number 29 Ashburton Grove, where the Arsenal Stadium is now. That’s where we grew up. Dad was a brass turner, working in Holborn. He was strict but loving. Mum was marvellous.

We played out on the streets as children, made our own entertainment. They called us street waifs. It was so lovely that we used to cry when they called you in, when it was getting dark and the lamplighter came along.

Some roads we weren’t allowed on, like Queensland Road. There were fights up there, people drank too much. I’m not saying we didn’t go there though, now and again. It still makes me sad thinking that the Stadium is now where our home is, where our street was.

From as early as I can remember we went to Sunday School at the Albany Mission on Albany Place. It was run by the Smiths, three brothers and a sister. The oldest son was a missionary and it was exciting when he came back from Africa because he showed us his slides on the Magic Lantern. Lancelot, another of the brothers, would walk along the streets collecting children for Sunday School. I can picture him now, holding hands with the children on his way. You couldn’t do that today.

Drinking was a problem in those days and we used to go to the Band of Hope where they used to pray and were against drinking. You had to say a pledge. I don’t know what’s happened to my pledge card. I signed it. But I must admit, I do like a nice glass of wine.

In those days people used to have to get all dressed up for church, to wear a hat and gloves. The men wore bowler hats and suits. All very refined. But in the war people stopped going so much. During the war you’d come home from work and go straight down the air raid shelter at the bottom of the garden. You stayed all night until the all-clear.

In our shelter it was Mum, Dad, Bob our brother and us two. Sometimes Dad would go to the house to get a cup of tea. Some people died doing that - a direct hit when they were boiling the kettle. Sometimes people would say to you, ‘Guess what? So and so’s been killed.’

You can’t just blame God for the war but it did make you wonder how he could allow this. No-one has an answer for these tragedies. Life is all ifs and whys isn’t it ? Like our neighbour yesterday: two men broke into his flat and stole £7,000 from him. Why does this happen ?

We’ve been coming to St Luke’s regularly for about five years now. Ethel’s daughter Carol was married here 28 years ago and Gary her son was in the Sunday School and used to say ‘Come and see me performing.’ When we did we felt guilty that we didn’t go to Church so we started coming again. Gary and Carol still come now, even though they’ve moved to Hertfordshire. That’s why they’re late every week. It’s the friendliness we like. Church used to be just a service and then you shook hands with the vicar at the door.

Ethel used to play piano and loves listening to Justin. She says, ‘I could sit and listen to him all day, that’s my favourite thing, he’s marvellous.’ Dave and Pat are so friendly. Atmosphere has a lot to do with a good church. Years ago a child crying in a service would be disastrous but we love seeing the children running around. And we like the coffee.

I can walk down my street every day for a week and not see anyone to talk to but we come to church and people don’t stop talking to you. Sometimes there’s so many we don’t even talk to Carol. We just wave at her.

It makes us feel a lot better when we come to church. We’ve both lost our husbands – Eric, who was married to Ethel in 1950 - and Bill who married me in 1945.

I always say ‘Good Morning’ to Bill and ‘Good Night’. After he died there was a star out there over those houses, one that didn’t seem to move. I was telling Judi at church about it after he died, that I thought it was Bill looking down. She said it most likely was. After a while it disappeared and she said, ‘It’s because he knows you’re alright.’

As you get older you begin to accept dying more. As Ethel says, ‘You can’t live for ever can you?’ I think there’s a heaven up there. My Bill always believed in life after death and the church gives you confidence.