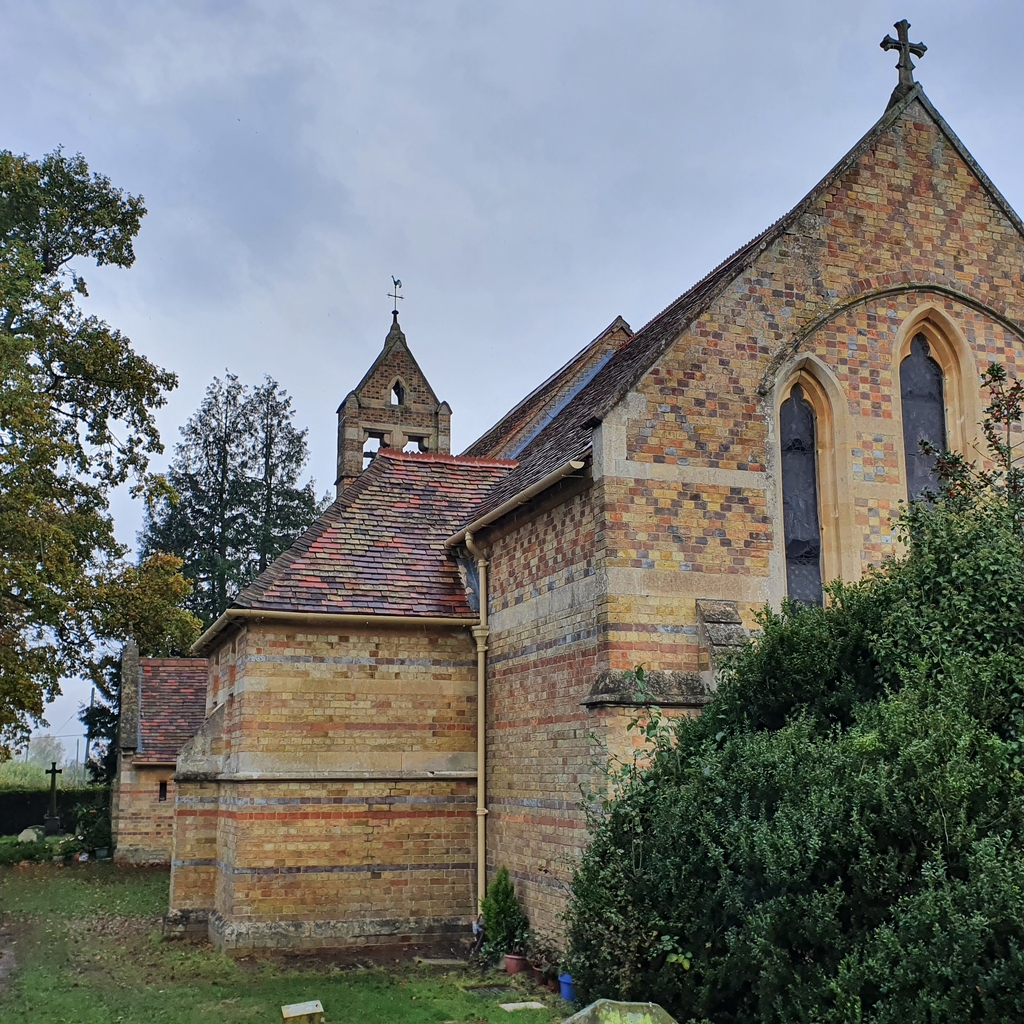 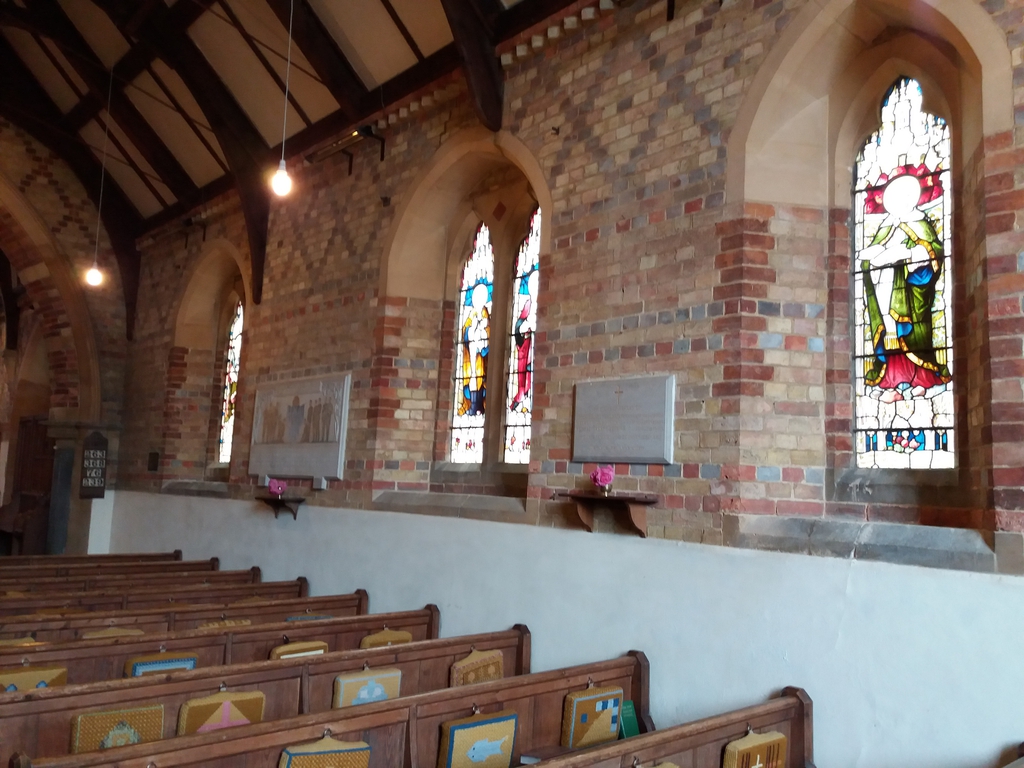 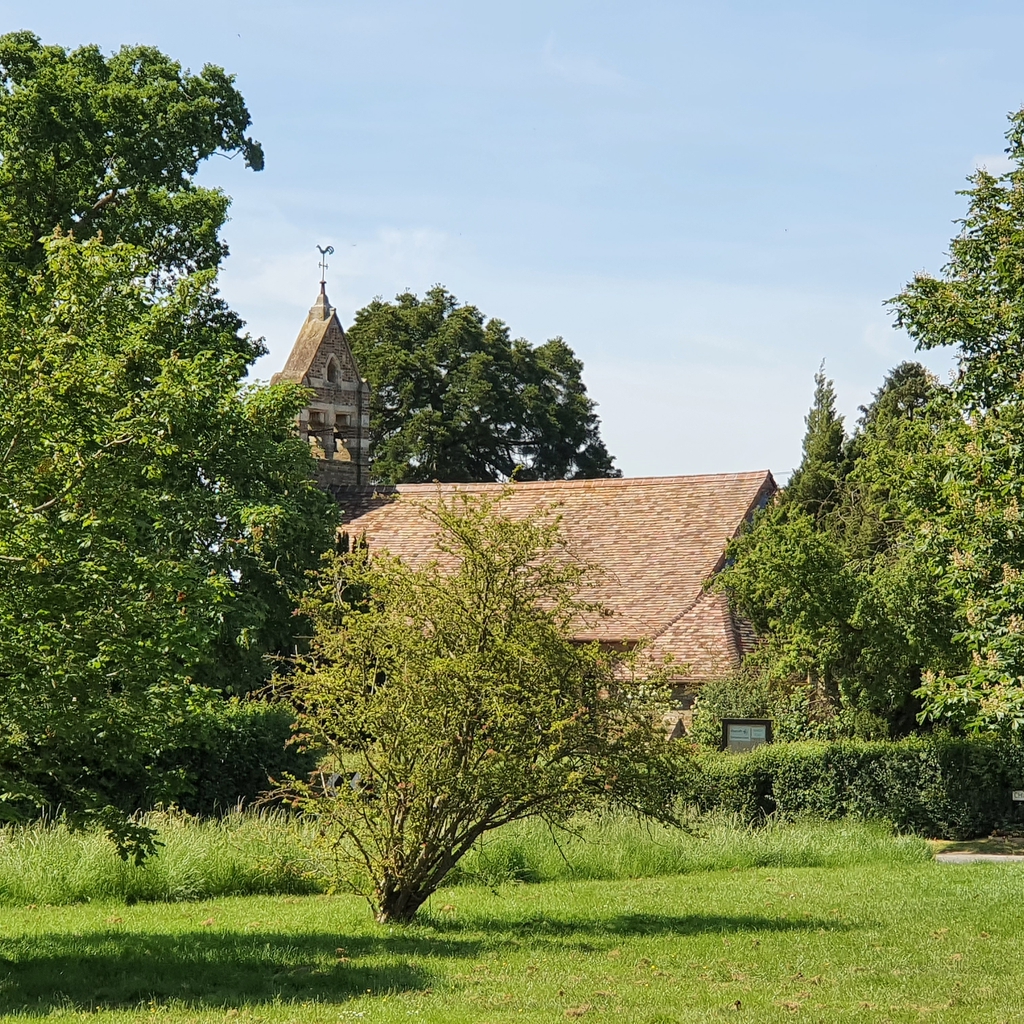 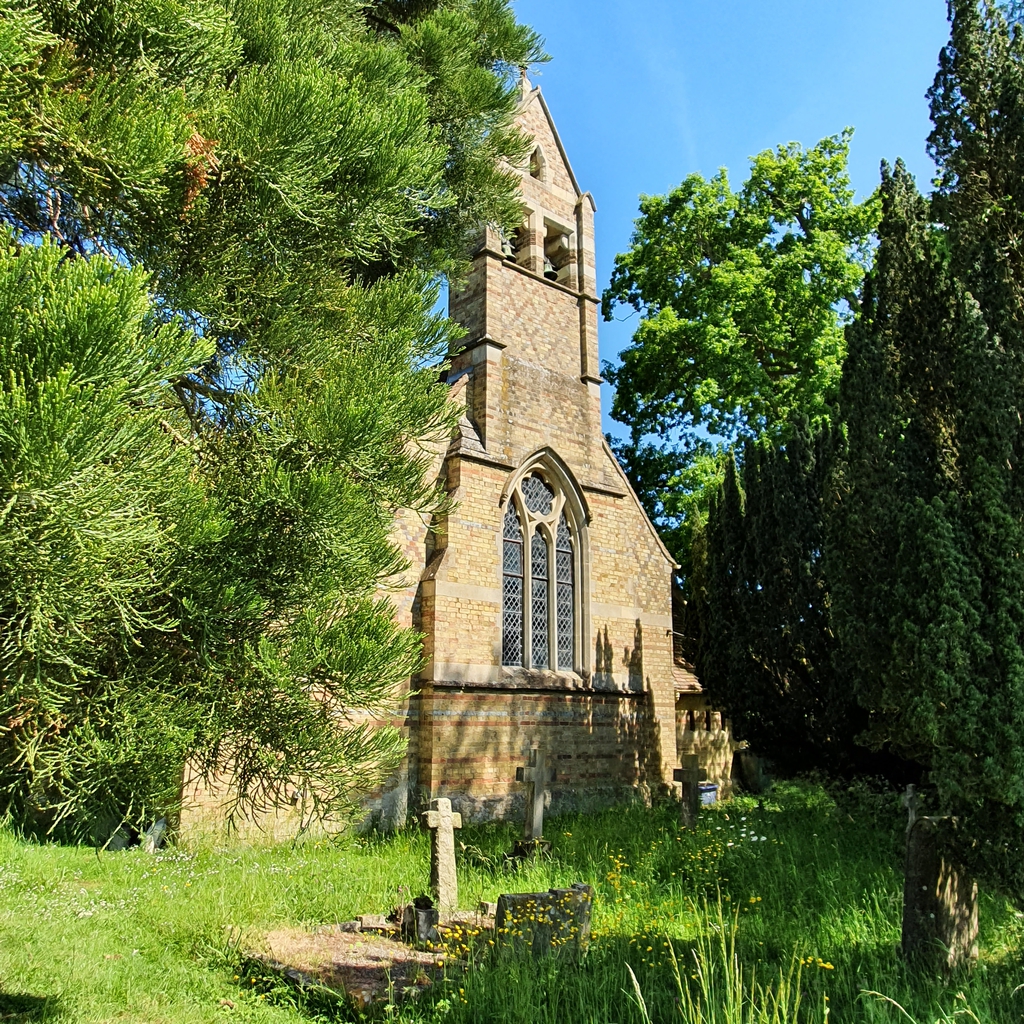 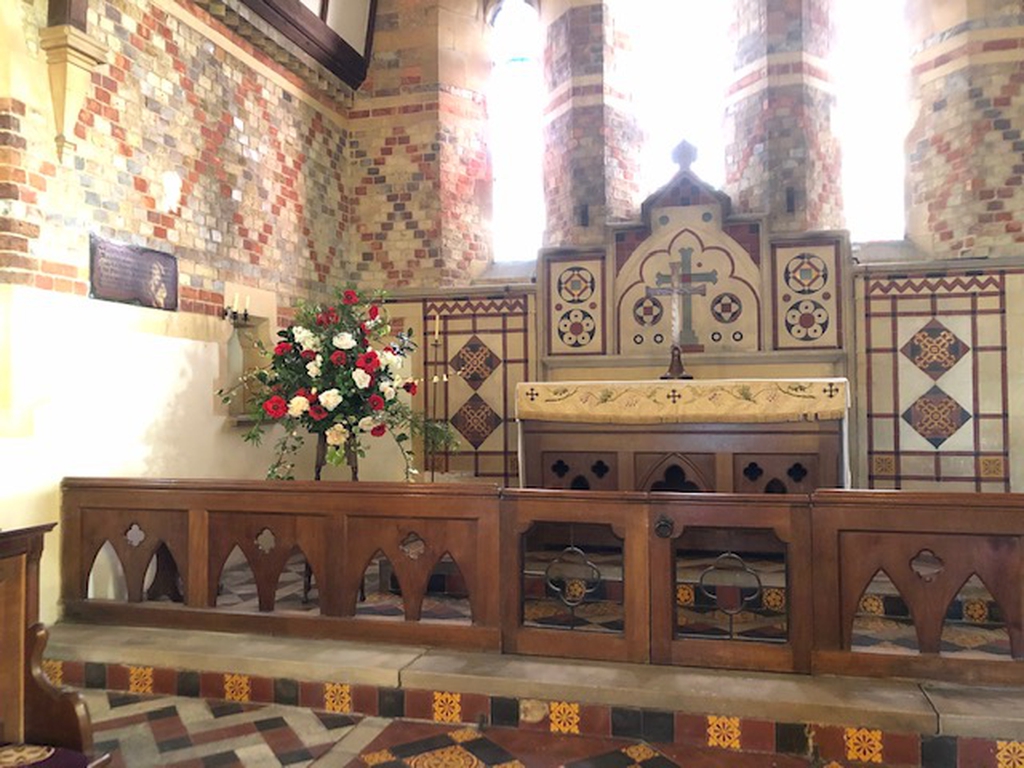 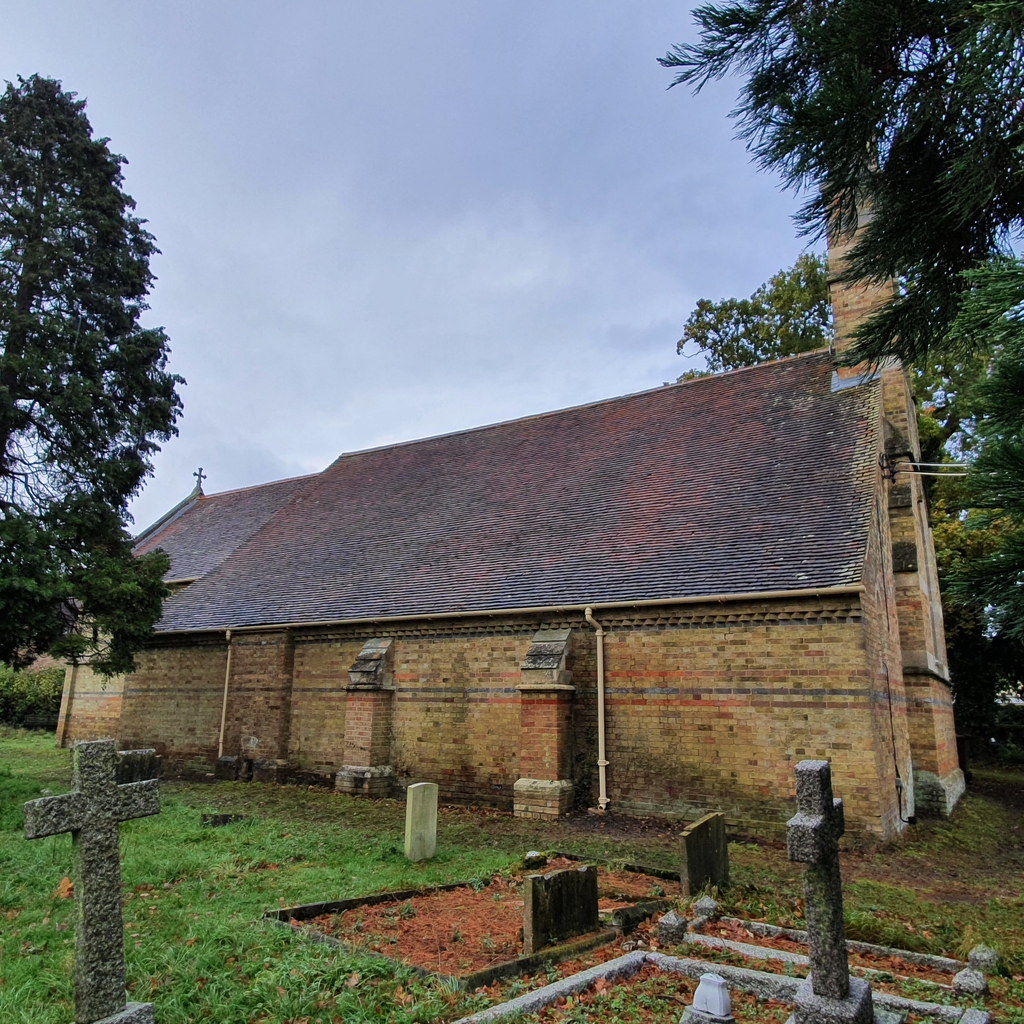 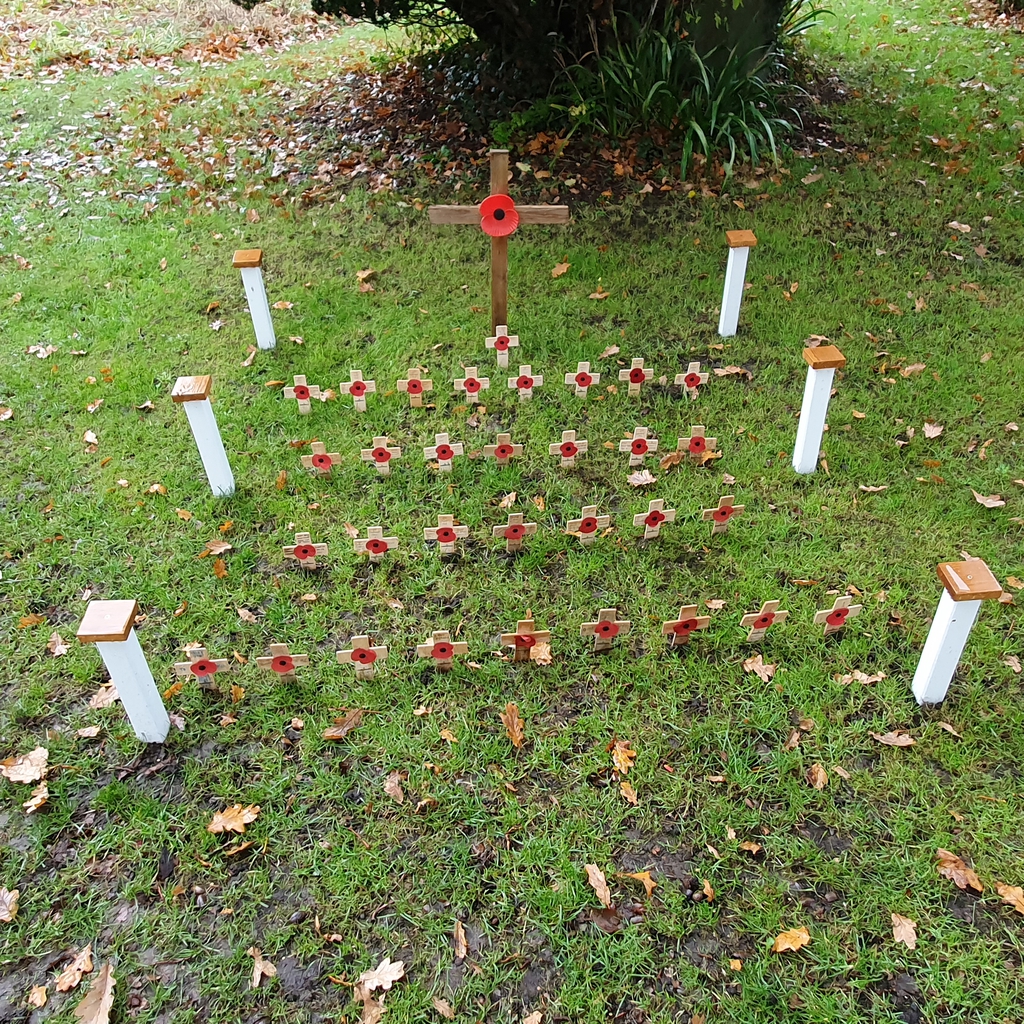 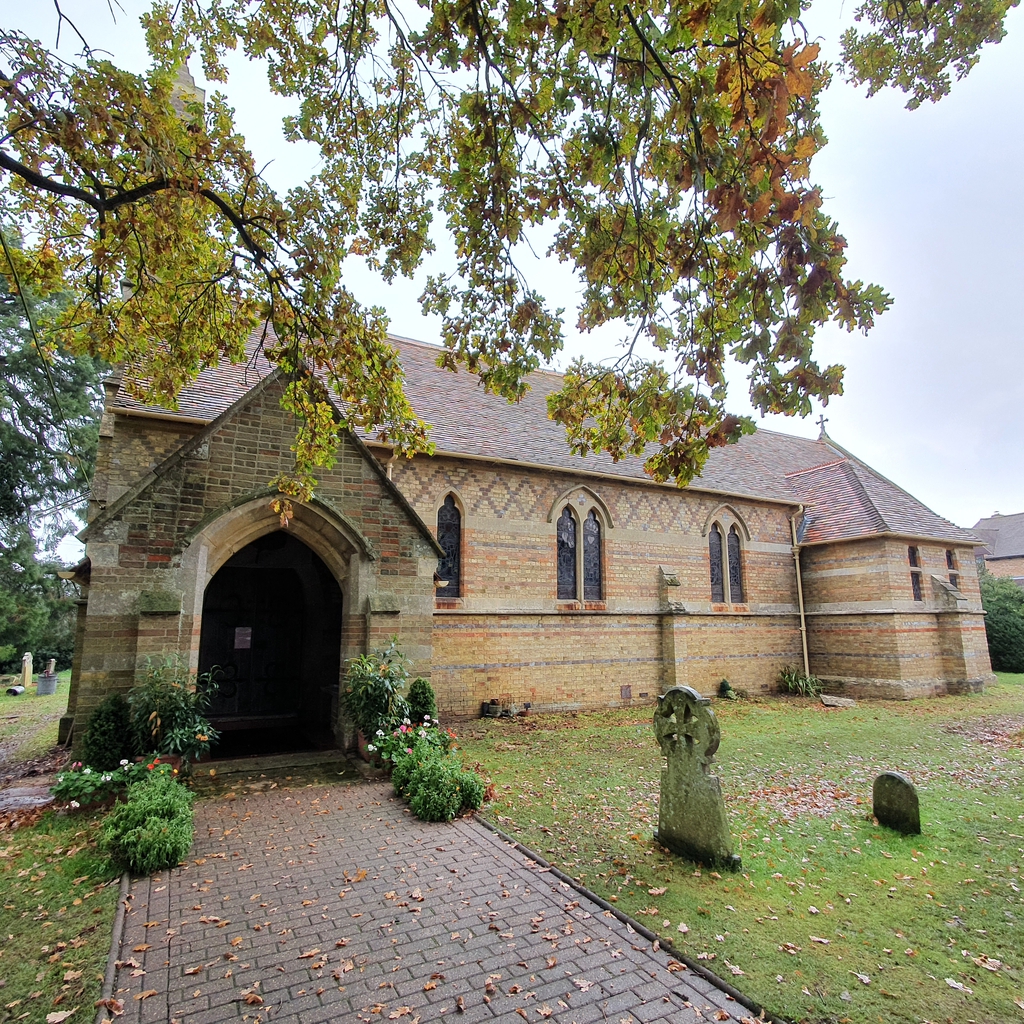 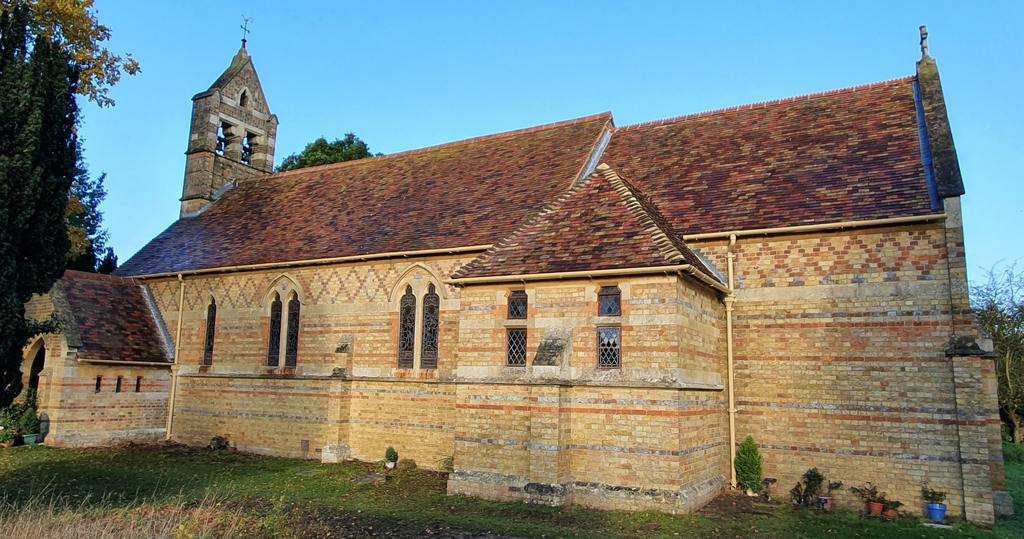 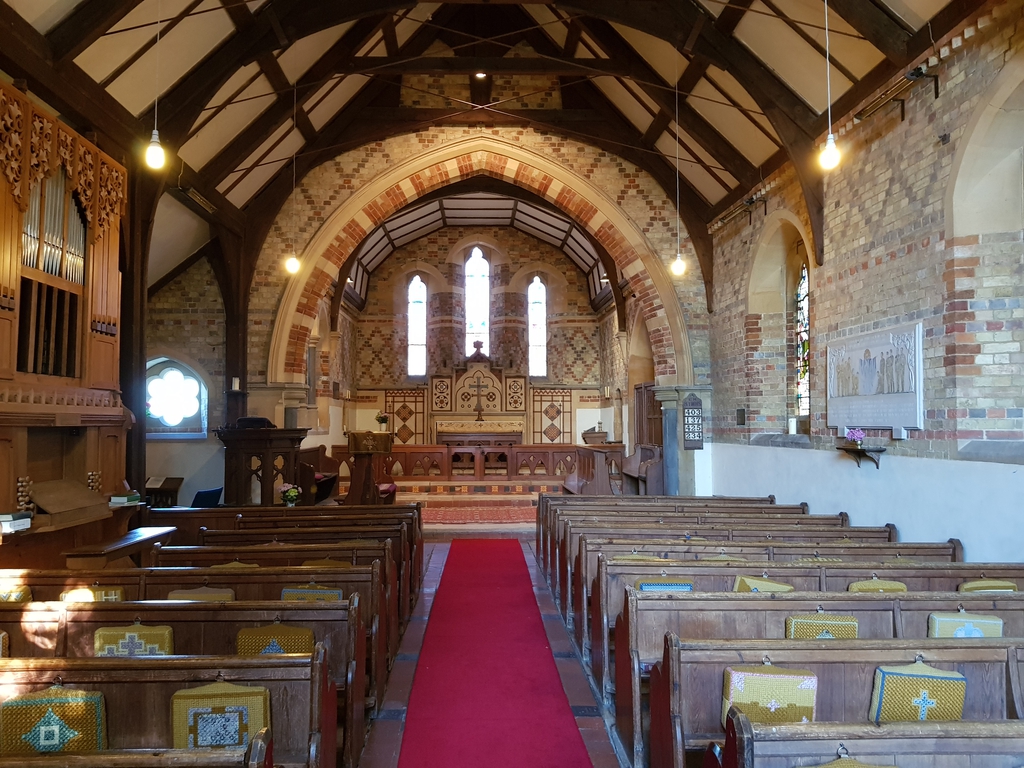 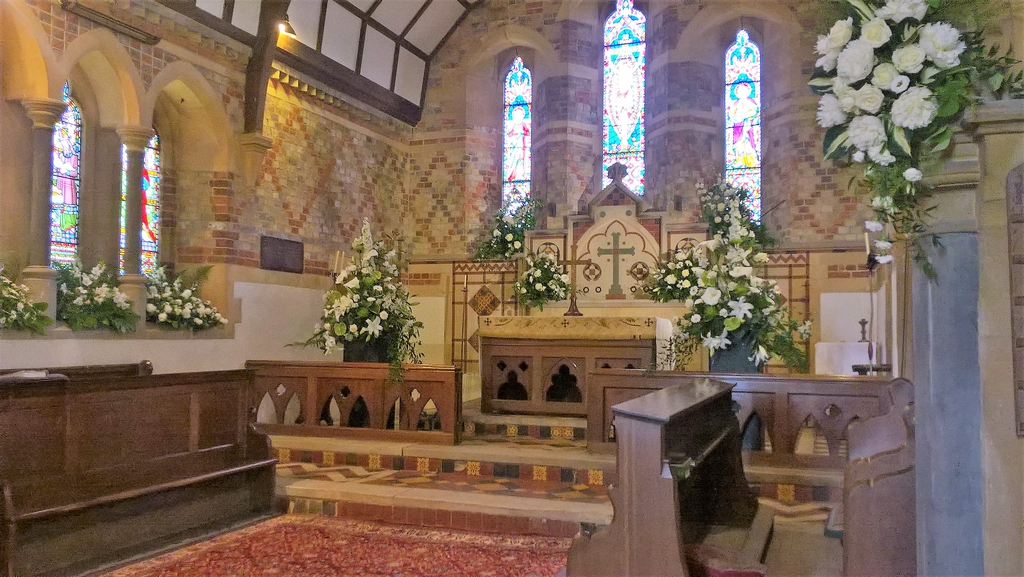 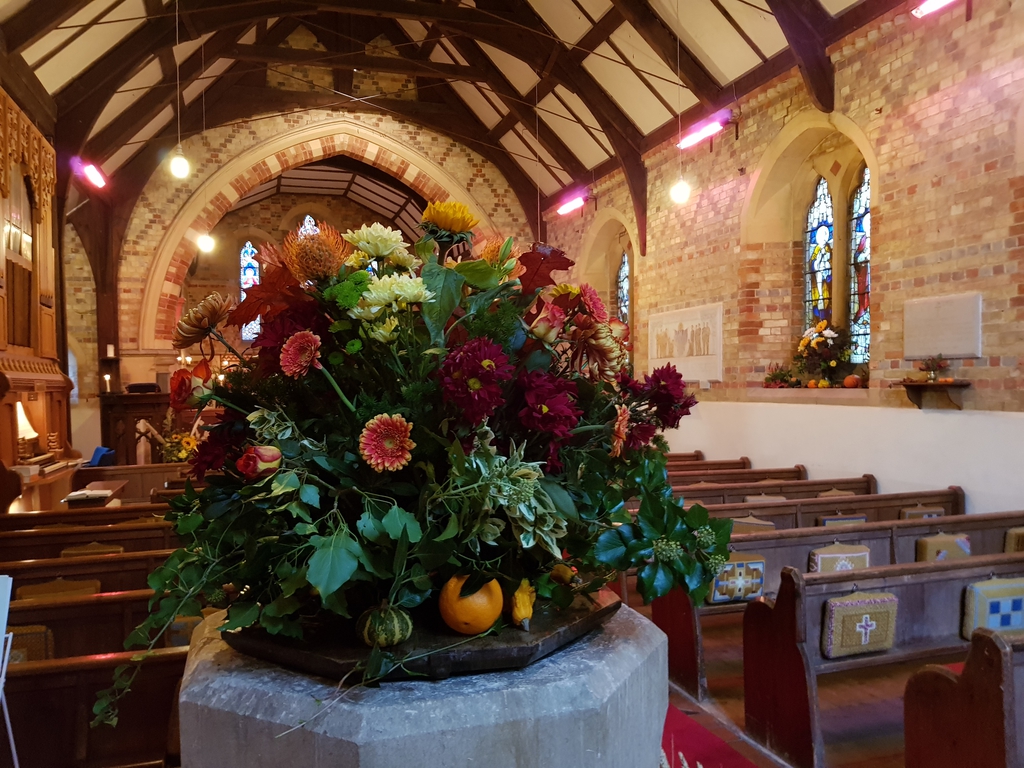 St Barnabas’ Church was dedicated in 1868 and is an enchanting Grade II listed building. Designed by William Butterfield, it is often visited by tourists who have seen his work at Keble College. Built of yellow brick relieved by red and blue brick detailing, it has a nave, chancel and north aisle. St Barnabas' has no tower but there is a west bell-turret with two bells. An organ was installed in the church in 1916. The church is opened every day.

There are interesting stained-glass representations of the first vicar and his daughter, who died when she was nineteen. The First World War memorial plaque was painted by a parishioner who tried to capture the likenesses of the individuals who died. The memorial was restored by a local artist who has been a churchwarden and who also designed and fitted a small window for the millennium, representing St Barnabas.

The Church is an integral part of the life of the village and its activities, such as the Michaelmas Fayre and Tearfund Lunch (raising funds for an African charity), are well supported, not only by members of the congregation, but also by many who do not attend worship and by Christians who attend other churches.