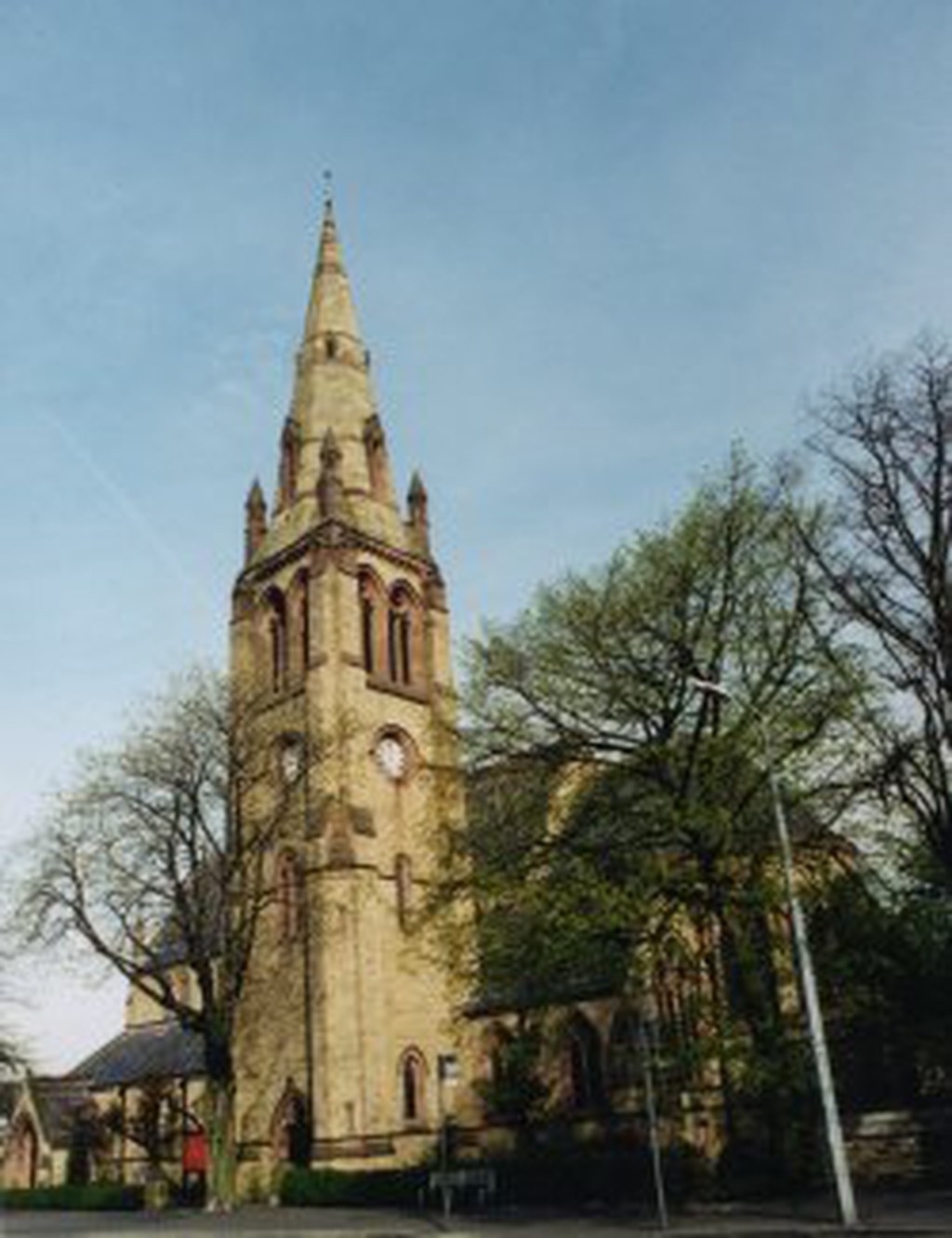 The Holy Innocents Fallowfield is one of very few Anglican churches in the country named for the children who Matthew’s gospel tells us were killed by Herod in his rage after the visit of the Magi. Their feast day is three days after Christmas, on December 28th – out of bible chronology with the feast of the Epiphany, and a bit of a contrast with the celebration of the Nativity.

For many years now the church has drawn people from beyond the actual boundaries of the parish. Family links and ties, people who have arrived in Manchester for work or study and stayed, and in more recent times a large cohort of Iranian converts to Christianity.

The majority population of the parish are the students who live in the houses and halls of residence near the church for about nine months of the year. This means we have a constantly changing community around us.

The church is on Wilbraham Road, just near the junction with Wilmslow Road.

Our congregation is very mixed. The people around you if you come to a service could be anything: student, lecturer, asylum seeker, nurse, judge, refugee, florist, wrestler…. They are drawn to be part of the worship offered here, to feel part of the generations of prayer that have filled the walls, to be in what has been described as a ‘thin space’ where the veil between this world and the next can sometimes seem quite transparent.

We sing music from every century and from across the world, we use a formal liturgy with structure, space and silence. Holy Innocents is a church where Eucharistic worship – the centrality of the mass, or Holy Communion – is at the heart of its life and witness. The liturgical year is kept in full, particularly at Christmas and Easter. The church is in the Deanery of Hulme, one of the deaneries of the Diocese of Manchester.

The worship is formal - predictable elements are repeated at each service. The readings are taken from the Church of England lectionary, with designated readings for each day. There are candles, sometimes incense, a robed team and the Eucharist is presided over by a priest. Great emphasis is placed on the importance of this sacrament, and other sacraments. Silence and time for reflection are equally important.

The church has a history of involvement in social justice issues. We see it as part of our Christian mission and duty to offer care and support to those who might for whatever reason be vulnerable, or in challenging circumstances. Due to our name, we feel a strong link to the ‘innocents’ of the world: not only children, but all those who for whatever reason are powerless or unable to affect their own futures.

While the worship of the community is formal and focused, we hope that the welcome extended to newly arrived members is warm and balanced. The community is used to change and turnover: people who stay for a while and move on, and people who leave and then return.

People who come into church are welcomed and valued. The church seeks to be a place where people can be who they are before God.

Music, imagery and symbolism are important, and people can be drawn to the worship by this. People who come into the church are sometimes struck by the uncluttered but welcoming structure. A large resurrection crucifix dominates the wall. The risen Christ’s arms are there to include and embrace. This shape is extended in the layout of the sanctuary.

We try not to use too many words, and to make them count. We pray for those who are ill, for the departed and remember the anniversaries of those who have died. This is important, as it gives congregants the sense of belonging to a community which is greater than just the one church. Over the years, non-English speakers have attended services at the church and found themselves able to feel involved and moved despite not understanding every word.