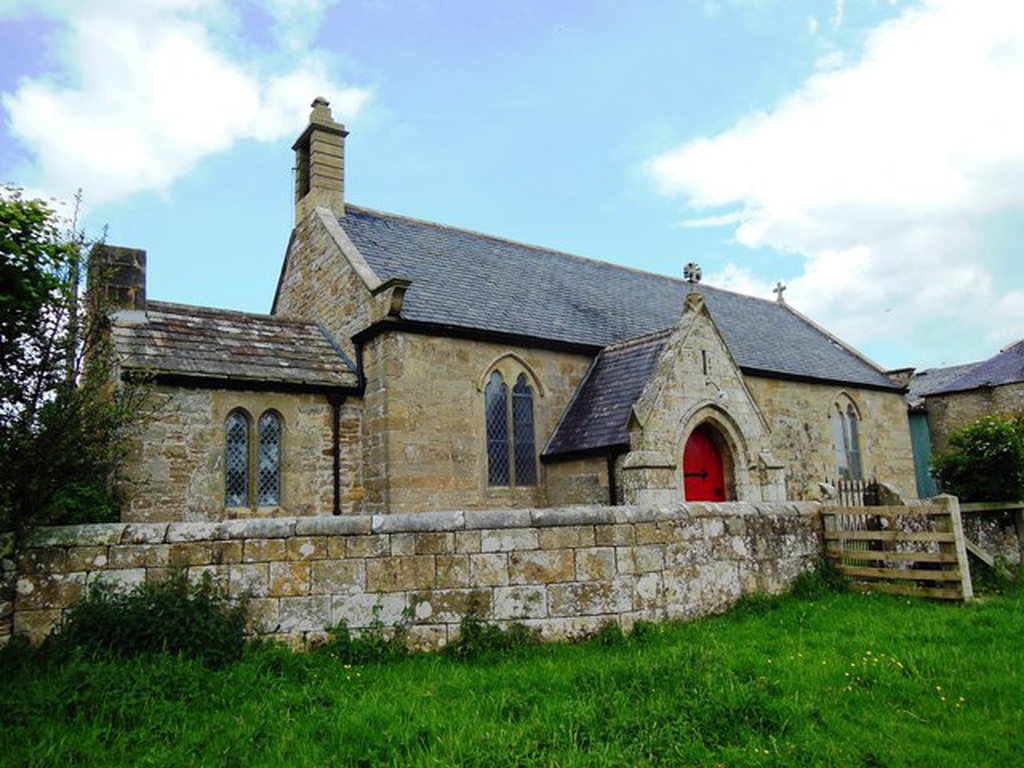 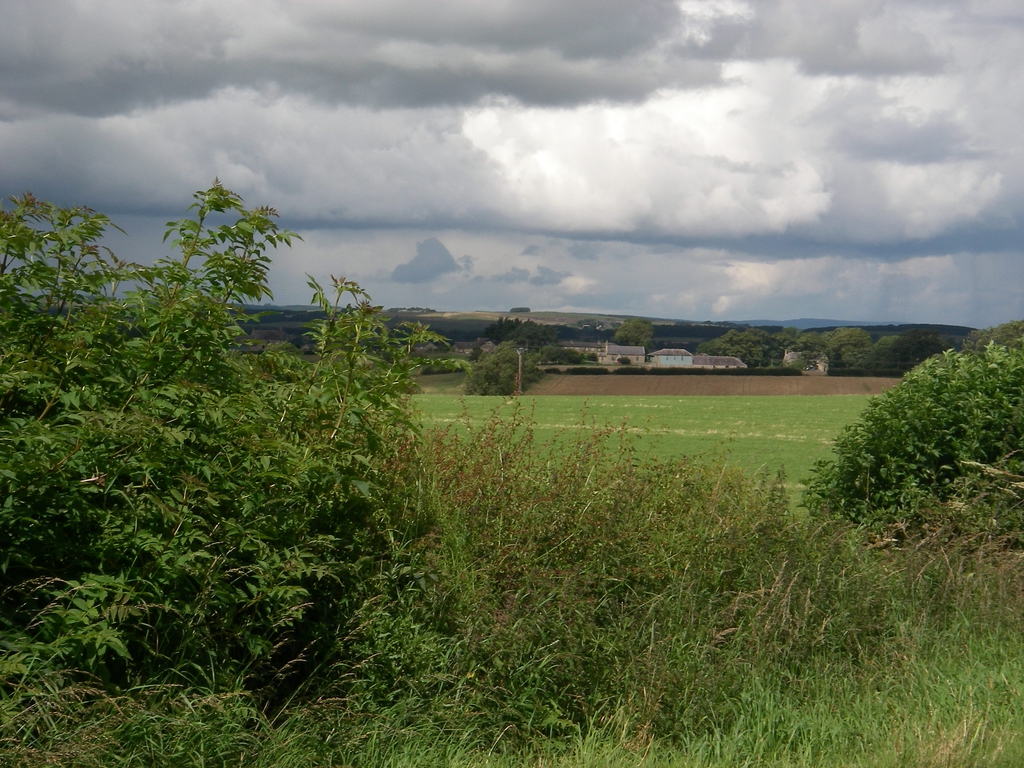 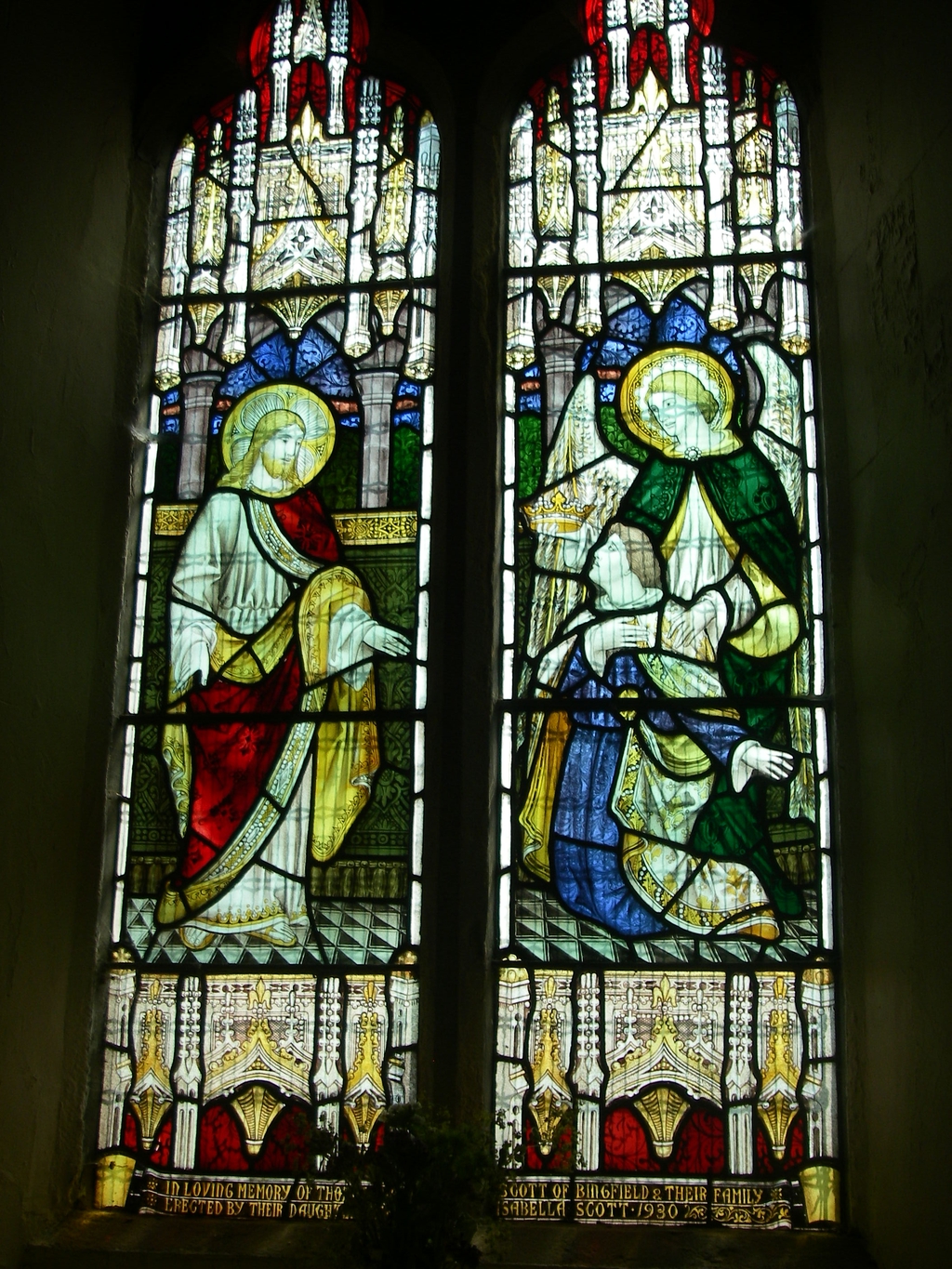 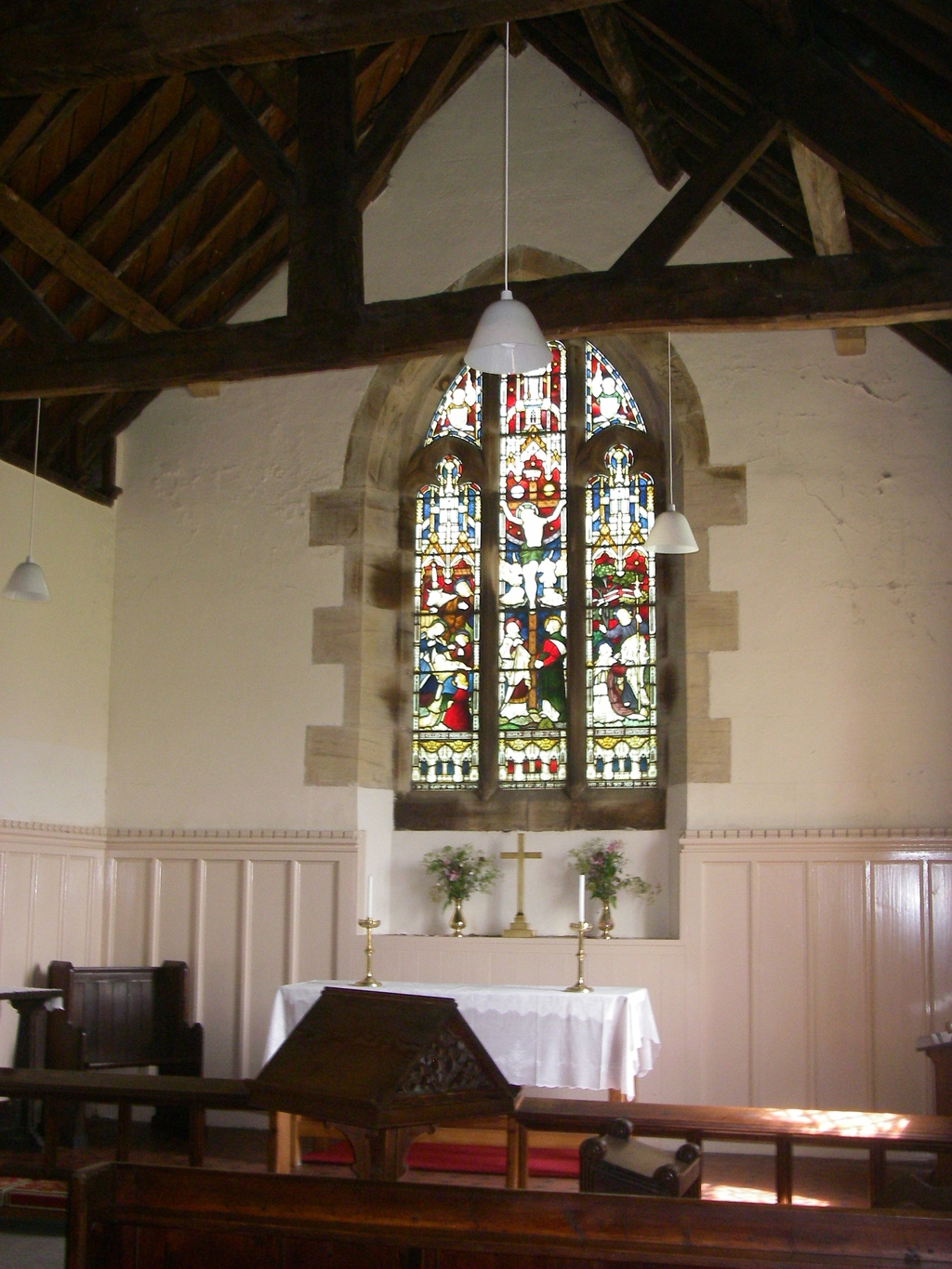 The existing church of St Mary was dedicated in 1875. It has some mediaeval masonry and some from the early part of the eighteenth century. The bellcote, originally eighteenth century, restored in 1987, has what are referred to as rusticated sides. Rustication is the exaggerated treatment of masonry to give an effect of strength. The joints are recessed by V section chamfering. It has a ball finial. The roof is ‘king post’ with a central vertical support [as opposed to ‘queen post’ which has one either side of centre]. It has angle struts and V struts. Some of the timbers are old and reused. The large baluster font dates from the eighteenth century. Baluster literally means pomegranate.

The church has been part of the parish of St Oswald in lee since 1879. Prior to that it was a Chapel of Ease in St John Lee parish. Until the early 1930’s Hallington also had a church. It was a tin roofed building which has since been demolished and various items of furniture transferred to St Mary’s including the brass cross and bookrest. The lectern was also brought in to replace an old fashioned pulpit. The vicars’ chair also came from the church at Hallington.

History of the Settlement of Bingfield.

The name Bingfield means ‘Field of Binga’. Binga was a Saxon. It was his clearing and settlement.

1229 Roger, Son of Pagan, of Bingfield sold land to Archbishop Gray with the chapel of St Mary with St John Lee and St. Oswald.

1296 Priory of Hexham burned by the Scots.

1297 Half village of Bingfield donated to the Priory.

1479 Prior of Hexham owned the Manor, Grange and Chapel of St Mary and houses and 237 acres of land and 12 cottages.[Land 6d per acre yearly ;cottages 18d- 2shillings] John Oxtead rented Hallington Mill for 10s

1535 Valor Ecclesiasticus – a survey which produced efficient administration of churches under Cromwell.

1536- 39 Dissolution of religious houses. Priory lands at Bingfield let to Henry Errington who resided at Beukley, were taken over by Swinburne for the Crown

1570 Act of Uniformity in the church

1588 The Plague came to northern counties.

1628 The Mercers’ co of London purchased from John Fenwick. All great tithes of Bingfield towards ‘lectureship’ in Chollerton, Bingfield and St Oswald’s at £50 per year.

1736 Chapel of St Mary has fallen into disrepair

Vicars of St Oswald in Lee with Bingfield St Mary