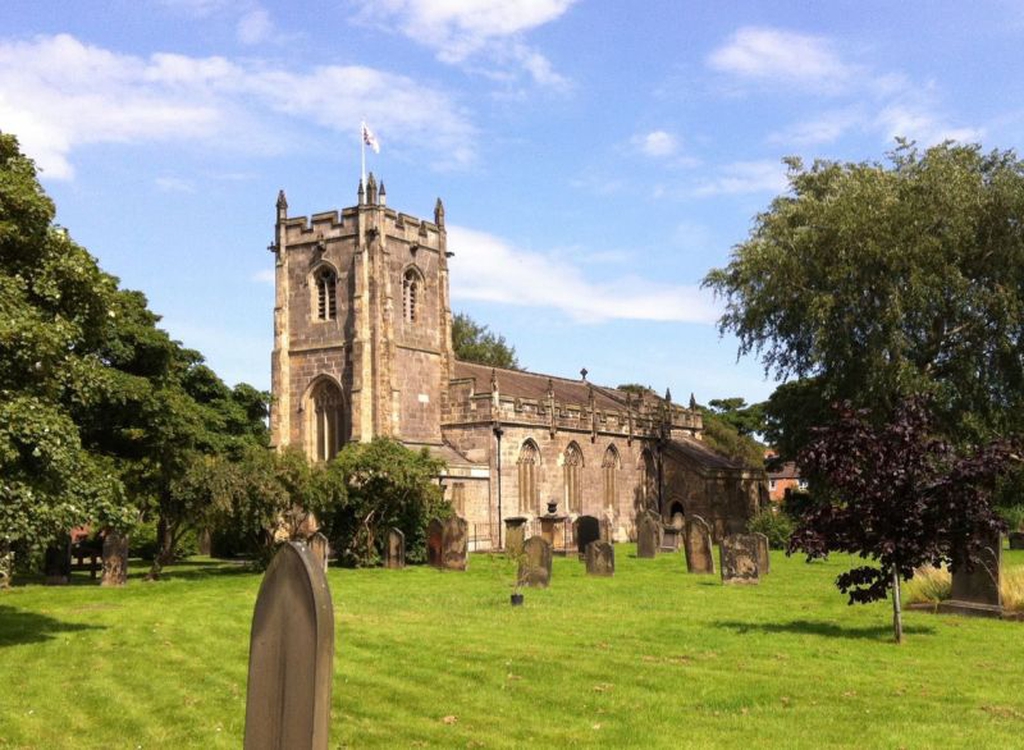 
The souls of Wallsend were ministered to from an early stage by monks crossing the Tyne from St Paul's, Jarrow, one half of the Benedictine monastery of Monkwearmouth–Jarrow Abbey.  There were initially no regular services in Holy Cross Church, built in around 1150—it was was private prayer, christenings and weddings.  But in time a pattern of regular worship was formed, especially after the monasteries were destroyed in the 1530s and Wallsend was given a parish priest of its own.

In the 1790s the parish council agreed a new church needed to be constructed, since Holy Cross Church had fallen into disrepair. With the only local church both roofless and unusable, services were instead being conducted in the local schoolroom. Progress however was slow, with disagreements between Church and local property owners as to who should finance the construction stalling the project until 1804. The matter was eventually resolved by a solicitor who suggested the money could be raised by means of a tontine. This unusual solution proved popular and ensured the necessary funds became available.

No work was undertaken however until 1806, when it was realised that the schoolroom being used for public worship was neither consecrated nor licensed —meaning that marriages were not legal, the offspring of the unions illegitimate and the perpetual curate subject to serious legal penalties. A Bill was passed in the House of Commons in August 1807 in order to legitimise the marriages and their offspring, and to authorise the construction of a new church. The foundation stone of what would be a Georgian 'preaching box' was laid in November 1807 and the burial ground was consecrated in 1809.  Major alterations were made in 1892 to give the church its current form.

It was clear by the 1980s that the Victorian chancel had serious structural problems, and questions were raised with regard to the feasibility of making the necessary repairs. At one point the church was threatened with closure. But during Fr Alan Clements's tenure (1995-2001) substantial grants were secured from English Heritage and the Heritage Lottery Fund. These enabled the chancel to be given robust foundations and all the attendant repairs to be made. The scheme entailed turning the chancel into a church hall, the Lady Chapel into a sacristy, and the vestries into a kitchen and cloakrooms. In 2001 The parish was amalgamated with that of St Luke, Wallsend into a single parish.

In the early years of Fr Armstrong's incumbency (1830-1871) the thinking of the Oxford Movement began to shape the life of the church, albeit strongly resisted initially by some parishioners.  He was accused of having 'an exaggerated idea of the priesthood' and 'more zeal for ceremony than for vital religion'—both common accusations against clergy who accepted Tractarian thinking.  But his determination over forty years laid the foundations on which his successors would build. The church maintains the tradition of Anglo-Catholicism today. Some of his more eccentric traits remain unique to him: like the practice of insisting on burying prominent Non-Conformists in the dark!