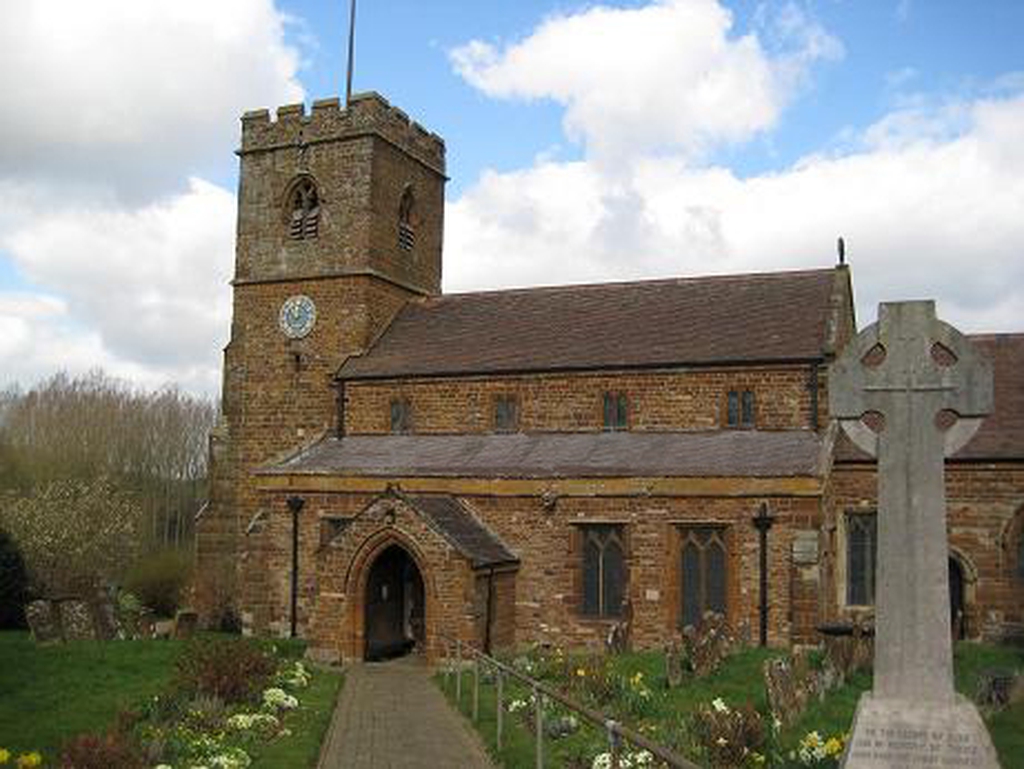 St Mary's Church has records dating back to the twelfth century, since it has served as a centre of village life. It is of rich golden brown local stone and one enters it by a 12th Century doorway, the priest's doorway in the chancel is the same age. The 13th and 14th centuries saw the addition of the north and south arcades.
There is very little information of St Mary's Church during the Reformation under King Henry the Eighth. In the late fifteenth and sixteenth centuries religion was at a low ebb through out the country and it was so in Woodford Halse despite visitations from monks of Canons Ashby and Catesby.
Evidence shows that in the Church Surveys of 1631-1637 the church was allowed to fall into disrepair. By 1871 the church was in need of complete restoration. On January 1878 work began on pulling down the old church. The new church built in the same style was finished on 28th October 1878. The new tower was built slightly larger than the old one with a new west window and doorway. The belfry windows and the battlements were the originals reinserted. 2Whilst clearing the ground for the vestry, a recumbent effigy of a lady was found lying close to the north wall of the chancel. The figure now lies in the chancel under an arch made especially for it. It is thought to represent Maud Holand, the lady of the manor in 1330.

In 1999 an extension was built to provide a kitchen, toilet and an area for children.

Regular services are held at the church at 11am on Sunday mornings. With the exception of 4th and 5th Sundays which is a combined service with Aston-le-Walls, Boddington, Byfield and Eydon and rotated around the five parishes. .