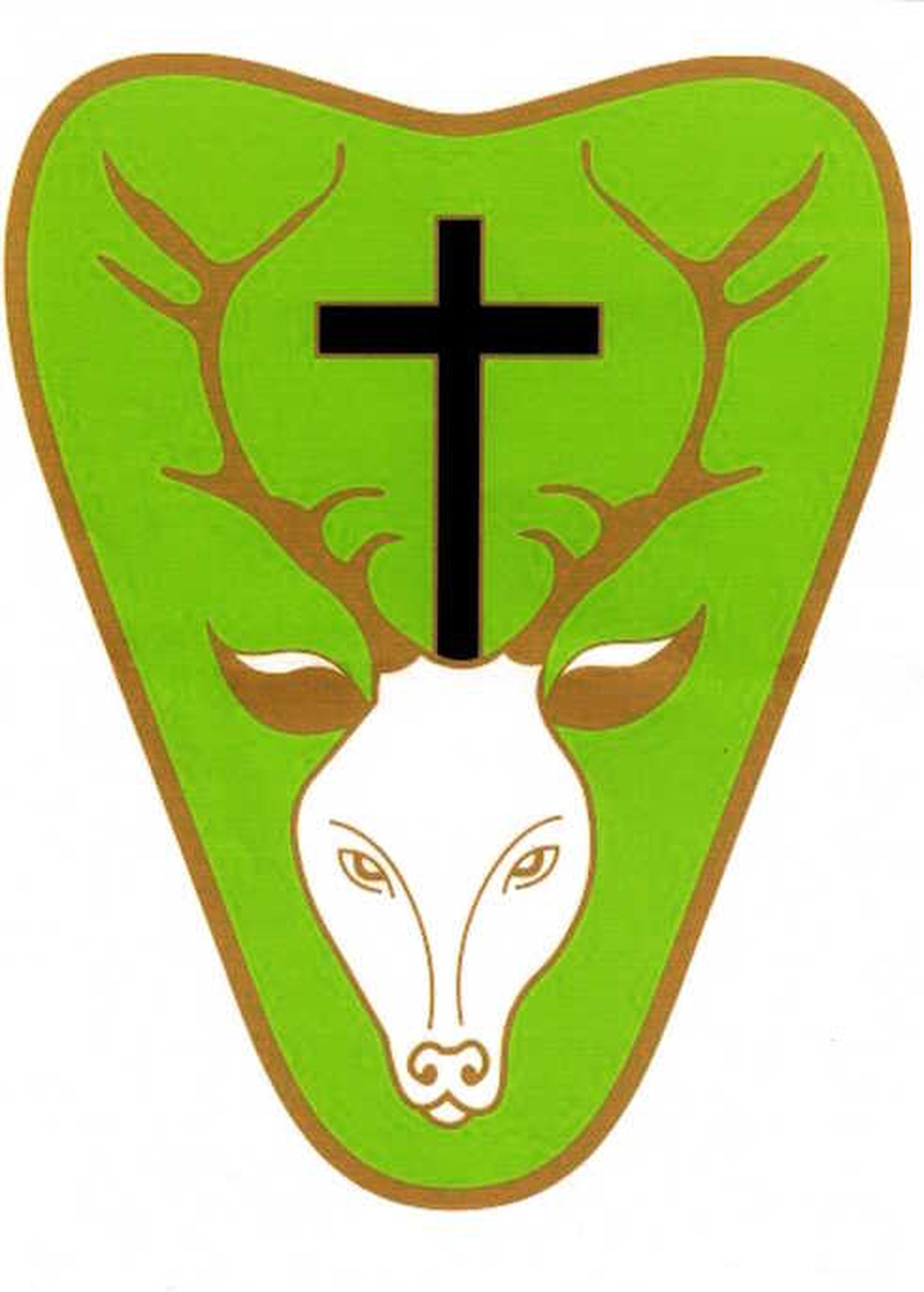 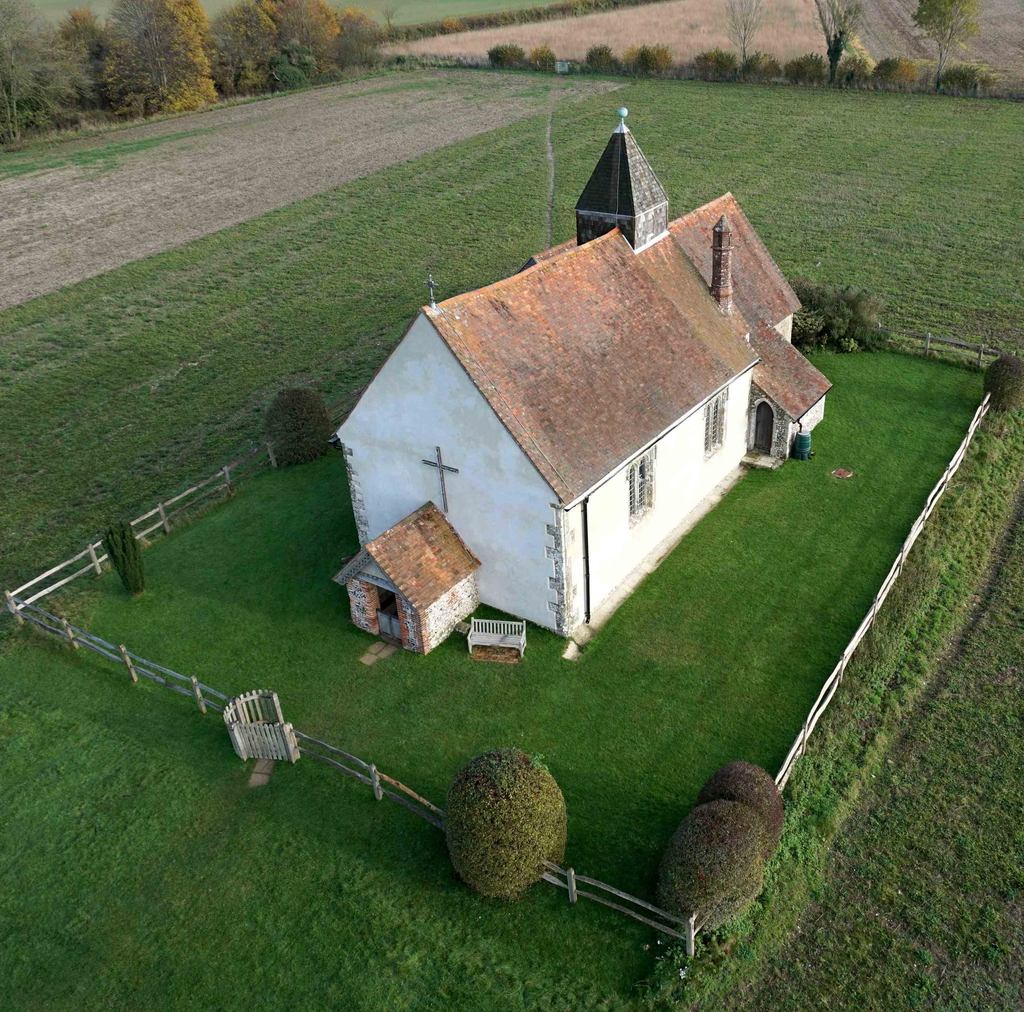 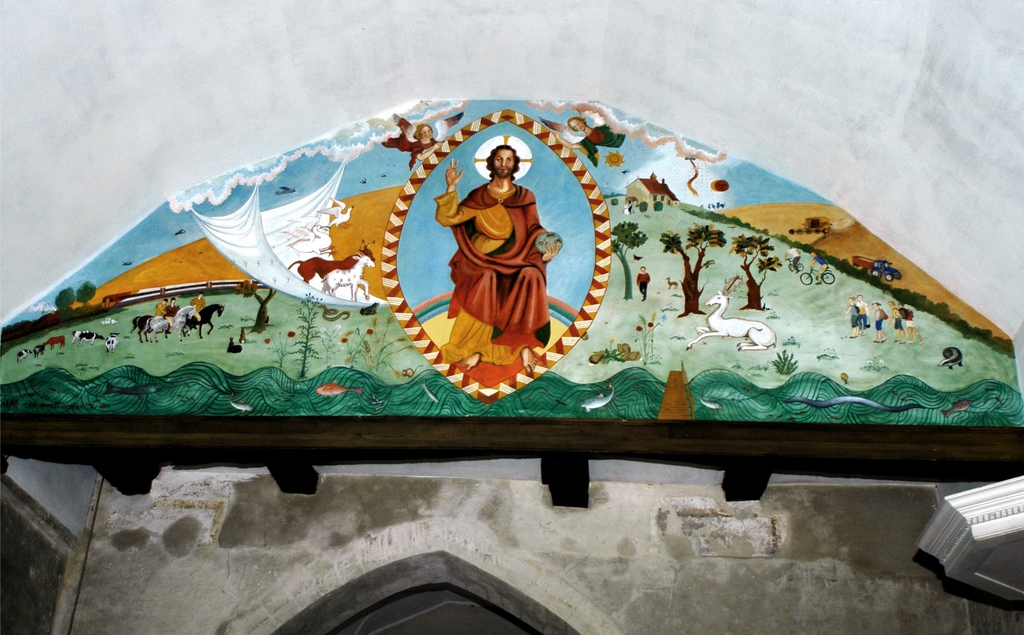 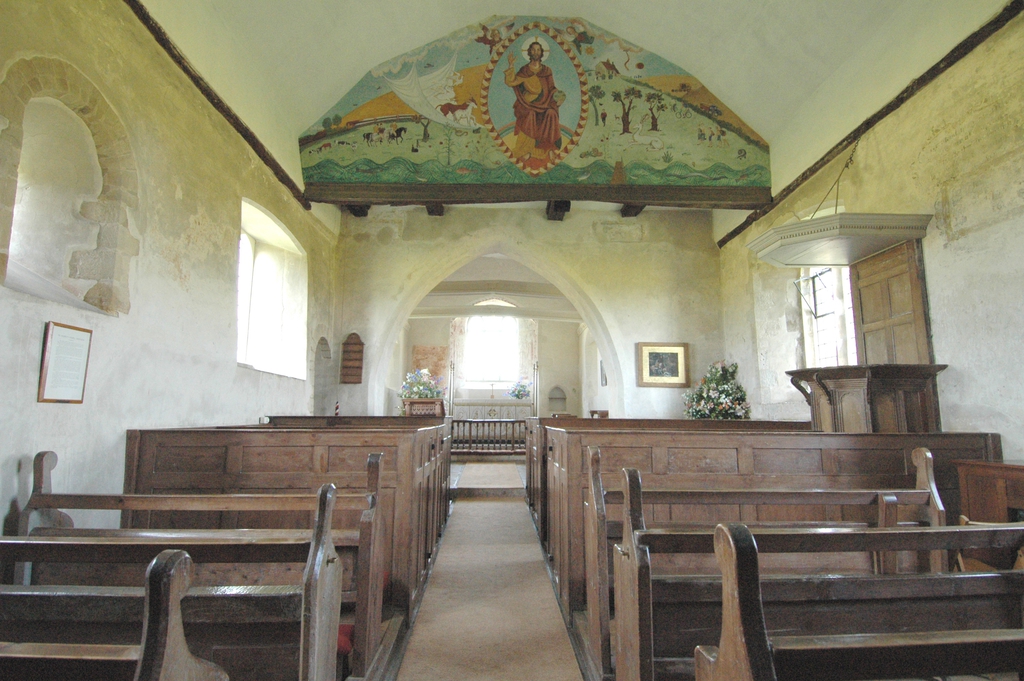 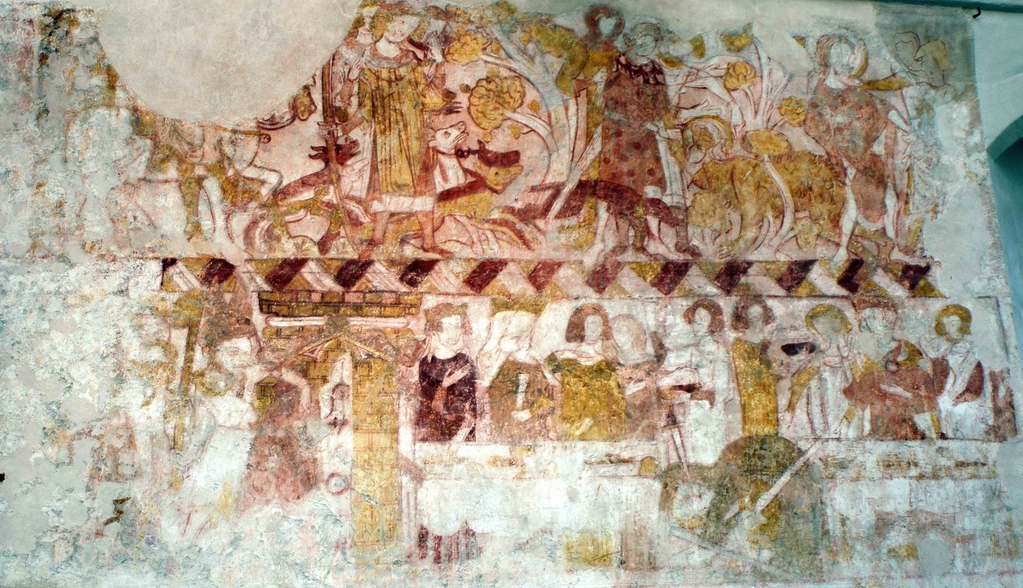 The church which dates from 10th Century, or even earlier, sits in the middle of field near the village of Finchdean and is a peaceful place to visit and worship.

St Hubert's Idsworth is one of three churches in the United Benefice. The others are Holy Trinity, Blendworth (near Horndean) and St. Michael's, Chalton (near Clanfield off the A3M) which have their own pages on this website.

We are church that offers a warm welcome to people of all backgrounds, at all stages of their faith journey. Some of us have been Christians for many years, others would not call themselves Christians.  We offer space to worship, to explore the Christian faith and to ask questions.  Many visit to find spiritual peace in this ancient building.  Services are relaxed and friendly, and children of all ages are welcome.

The Pattern of Worship

St Hubert's has a regular congregation of about 25 who meet at 9.30 am on Sundays.  The usual pattern of worship is as follows:

Please see the Benefice website  www.bcichurches.org.uk for seasonal and other occasional variations.

THE CHURCH IS NOW OPEN DAILY, BOTH FOR VISITORS, AND FOR REGULAR PUBLIC WORSHIP.

FOR THE SAFETY OF ALL,  PLEASE COMPLY WITH ANTI-CORONOVIRUS PRECAUTIONS.

Take time to be observe and reflect.

Be mindful in this quiet and spiritual place.

Join in mindful drawing and meditation.

A Brief History of St Hubert's

Standing alone amid the fields of Old Idsworth and Heberden's Farms is the little Church of St Hubert, for many centuries dedicated to St Peter but rededicated to St Hubert, patron saint of hunters, probably in the late 19th century (after the discovery of the wall painting in 1864). According to legend, St Hubert was converted while hunting on Good Friday by seeing an image of the crucified Christ between the antlers of a stag. He later became Bishop of Maastricht and Liege and died in 727.  It is thought that the chapel could well have been used as a hunting chapel in its early days.

The chapel stands some distance from the road, adjoining the site of the old Manor House of Idsworth, of which only the stables, coach house and walled garden remain, the house having been demolished when the railway was built in the mid 19th century. It overlooks a valley in which a stream (lavant) now flows only in occasional winters but which was the site of a village from about the 9th to the 14th centuries.

Idsworth is not mentioned in the Domesday Book, unlike the neighbouring manor of Chalton, which was held personally by Earl Godwin, Earl of Wessex and premier Earl of England, until his death in 1053, when the manor passed to his son, (later King) Harold, who held it until his death at the Battle of Hastings in 1066. Idsworth began as a chaplaincy of the manor of Chalton but by the 12th century had become independent and later became the dominant of the two manors.

The chapel is believed to have been built by Earl Godwin, who died in 1053, which perhaps explains why this is the latest date normally given to its origin. However, Roman coins and pottery have been found in the adjoining field and it has been suggested that the chapel could well have been built on the foundations of a much earlier building. The oldest part is the nave (later widened), which was built in the new Norman style which Edward the Confessor was then introducing into England. An early English Chancel, a bell turret and a porch were all added later.

St Hubert's Church is beautiful in its simplicity rather than its richness, yet some of its contents are rich beyond price. For example, on the North wall of the Chancel is a mural, re-discovered in 1864 and dated at circa 1330.

Unusual for its completeness and quality, it consists of two parts separated by a horizontal zigzag line. It is generally agreed that the lower picture depicts the presentation of the head of St John the Baptist, on a salver, to Salome (the contorted figure in the foreground) at King Herod's feast (clearly visible in the centre), and that the separate scene at the left-hand end represents St John being thrown into prison. The hunting scene in the upper picture is less easily interpreted and an earlier view that it represents St Hubert converting or curing a lycanthrope (a man who through a form of insanity believed himself to be a wolf) has been discounted in a number of modern treatises on the subject.  It is generally considered that the right-hand end of the upper picture depicts the arrest of St John and that the remainder portrays the discovery of a "hairy anchorite", a hermit who, according to legend, in penance for sins of inchastity and murder, undertook to walk on all fours until he knew he was forgiven. In the early 14th century this legend could well have been identified with events in the early life of St John the Baptist, thus providing a thread of continuity through both tiers of the mural.

A new fresco in 14th century style, was commissioned and painted in 2000 to celebrate the millennium.  This depicts ‘Christ in Majesty’ together with images inspired by the vision of St Peter and also a rich variety of other symbols and contemporary images.

The parish of Idsworth: St Hubert is committed to the safeguarding of children, young people and adults. We follow the House of Bishops guidance and policies and have our own Parish Safeguarding Officer(s), PSOs. The Diocese of Portsmouth’s safeguarding pages contain vital links and information including contacts for the Diocesan Safeguarding Advisor (DSA) who advise our PSOs. If you are concerned that a child or adult has been harmed or may be at risk of harm please contact the DSA. If you have immediate concerns about the safety of someone, please contact the police and your local authority Children or Adults Services.

More information is at http://www.portsmouth.anglican.org/safeguarding/