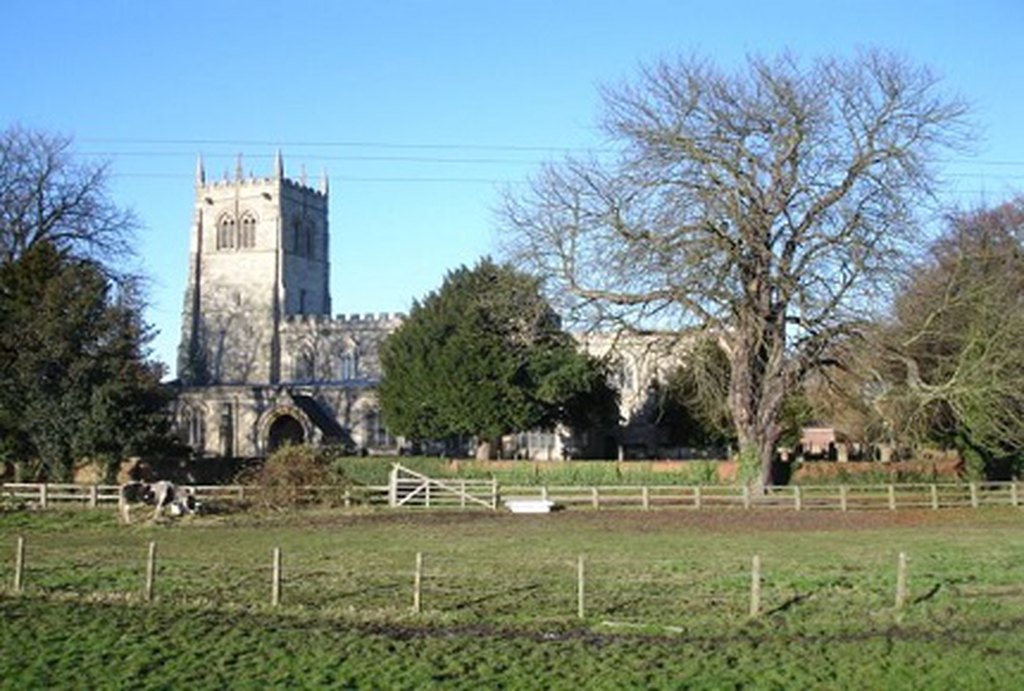 Jane Johnson very kindly allows us to Continue to publish her much valued Countryside File which appeared regularly in the Parish Magazine.

Here below is Jane's latest update which covers the month of September 2021. If you wish to download the complete file as a pdf, which also contains a number of Jane's excellent photographs, please click on the 'Download Countryside File' button "It's worth looking at"

August can usually be relied on for plenty of hot midsummer days, but this year it’s been disappointingly cold. Now September is making up for it with some temperatures into the 30’s. Elsewhere the UK seems to have had plenty of rain this month, but locally we’ve struggled and it’s been hard keeping the garden watered. On the other hand, with a few exceptions, harvest has gone well, with little interruption and many of the fields are getting ready for the next crop.

It’s Friday – a day for Rangering at Fairburn Ings. Doing the rounds filling bird feeders, I pass through the cool woodland next to Pickup Hide. There’s a large tree stump that was deposited in the last flood. It’s covered in a magical display, like a fairyland of fungus. Back in the office we look it up and it is indeed called the Fairy Inkcap! So delicate and pretty. Although the wild flowers have mainly gone now, there’s still plenty to see. Dog roses have done well and are covered in bright red hips and several bushes also have ‘Robin’s Pincushions’. These are bright red, ‘furry’ round growths on the branches caused by a tiny gall wasp. The wasp lays its eggs in a leaf bud and the hatching grubs stimulate the rose to grow extra tissue which then forms a protective covering where the larvae can over-winter. In May the fully formed young wasps emerge. There’s lots of folk-law about ‘Robin’s pincushions’ as a remedy – dried and powdered, the gall was given to cure colic and the ashes mixed with honey and applied to the scalp were thought to prevent baldness! Such a cure would be worth a fortune, so I guess it doesn’t work!

Beans, beans, and more beans! I try giving them away as our freezer is full of beans, but eventually no-one wants any more beans and they need to come out. They’ve done tremendously well this year, probably because they’re in the best soil in the garden, but now they’re on the compost heap! That means the sweet corn can benefit from a bit more Fairy Ink caps Robin’s pincushion sunshine and will soon be ready to harvest. Sprouts, cabbages and cauliflowers are really struggling for water, but at least this year we have them netted against the frenzied caterpillar attacks of previous years. I’m successfully swapping beetroot and onions with friends who have apples, so it looks like chutney making time.

A beautiful quiet Autumn day. Willow herb has grown up tall behind the house and we decide to chop it down and stack it under the hedge, but before we do, we find there’s an interesting creature chomping away at the leaves. It’s a massive elephant hawk moth caterpillar with mock ‘eyes’ on its head to scare off predators.

I’ve just been looking at information from the British Trust for Ornithology (BTO) about progress of their tagged cuckoos. Since 2011 they’ve been satellite tracking Cuckoos to find out why they are declining in the UK, and today one has been recorded in the Congo rainforest after setting off at the end of July. The project has showed that “our” breeding birds take one of two routes south to Africa after breeding. Different rates of mortality have been found on these routes. There’s the western Europe route via France and Spain, or further east via Italy involving crossing the Sahara. In spite of the difficulties crossing the Sahara desert, most of the mortality on the western route occurred in Europe, suggesting the conditions at stopover sites are responsible. In recent years, Spain has suffered droughts and wildfires, which might have affected the Cuckoos, although other factors like large-scale habitat change might also have played a role. Lack of Cuckoos’ main food source (the caterpillars of large moths) in UK breeding grounds where the western migrating birds were tagged has also been particularly severe. This reduced ‘fattening up’ before setting off might have made the western route more difficult for these cuckoos. So many things we would never have known without satellite tracking!

Late summer is a great time for dragonflies as they emerge from their underwater nymph stages to become fierce predators in the air. They’re very noticeable today as we walk round the pond, darting around, then stopping suddenly in mid-air. Sometimes they stop right in front of us - big insects, obviously studying us with their amazing wrap-around, multifaceted eyes. There’s an interesting 50 year study out this month – the ‘State of Dragonflies 2021’ looking at changes in the number and distribution of dragonflies in the UK up to 2019. They’re seen as a good indicator of climate change and the state of our wetlands and unlike many species, have shown a steady increase over the last 50 years. Of the 46 regular UK dragonflies, 41% have increased and only 11% declined. The largest and most spectacular, the Emperor has increased its distribution northwards by 56%. Likely causes are rising temperatures and increased summer rainfall, alongside changes in habitat. While some areas have been drained, other ponds and wetlands have been developed and blanket bogs are being restored to help prevent flooding. Improved treatment of sewage entering watercourses is another good news story for our dragonfly populations. Nice to hear something positive for a change.

The ragwort round the pond seems to have survived almost unscathed from attack by cinnabar caterpillars this year. That’s a shame really as it means we won’t see many of the beautiful red and black, day-flying cinnabar moths. Ivy flowers are starting to open, giving off a heavy scent, and as I walk past the hedge there’s a frenzied buzzing from lots of honey and bumble bees, wasps and hover flies. Ivy is a really valuable source of nectar at this time of year when wild and garden flowers are starting to decline. Up to now we haven’t seen many butterflies other than small tortoiseshells, but suddenly there are red admirals basking on sunny walls and feeding on the sugar from windfall apples. There also seems to have been a late hatching of comma butterflies feeding on the ripe blackberries. All we need now is a bit of rain for the garden, but it seems it’s forecast for next week when we’re on holiday!

Please e-mail me if you see anything interesting, and pass on the word to others who’re missing the Parish Magazine that I could e-mail them the Countryside File.