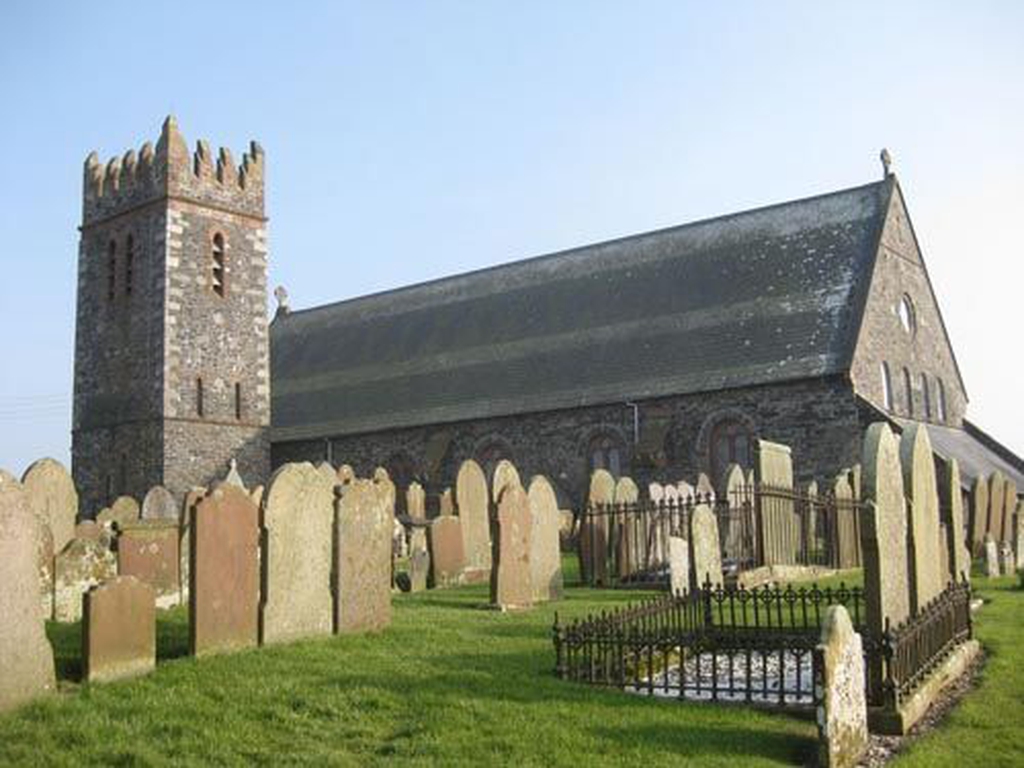 About our Church - history and features.

In the flat northern region of the Isle Man, lies the village of Kirk Andreas. Until recently the community was largely a farming one due to the rich soil. Now many people also live here who work in both Ramsey and Douglas. The parish church, one of the largest on the island, remains of great historic interest. The church is set within an extensive graveyard with some early graves and commands great views of the central mountains of the Isle of Man. The church was built in 1802 of Manx stone from Sulby Glen on the site of an ancient keeill or chapel dedicated to Saint Columba, said to be one of the oldest on the island.  In 1869 a tall tower was added. However during the 2nd World War the proximity of Andreas Airfield meant the tower had to be lowered.  The stones were all numbered and stored nearby ready to be re-erected in safer times – but at the end of the war, the stones had all mysteriously vanished.

Zodiac Rose Window
There are several fine stained glass windows in the church, but of special interest is the Zodiac Rose Window on the east face of the Church. The central motif is of a man at sea in a boat probably a reference to Saint Andrew's pre-apostolic trade as a fisherman on the Sea of Galilee. The boat flies a flag with a St Andrew's cross: X shaped as was St Andrew's crucifixion at Patras.   14 smaller round windows surround the central motif, depicting the 12 signs of the zodiac, along with the sun and the moon.

The Nordic & Celtic Slab Crosses
Displayed in the Baptistry are 11 slab crosses, from the 7th -11 century that were brought from the surrounding countryside from small keeills and chapels in the area.  They include two particularly interesting examples.  One, Thorwald’s cross, the only one known with on one side a purely Nordic illustration of Odin, on the other early Christian symbols. Another is unusual in that it is consecrated in memory of a lady, Sandwulf’s wife, Arinbjorg here represented seated on her horse.  There is also a fine example of the work of one of the first Norse sculptor’s on the Island, known as Gaut.