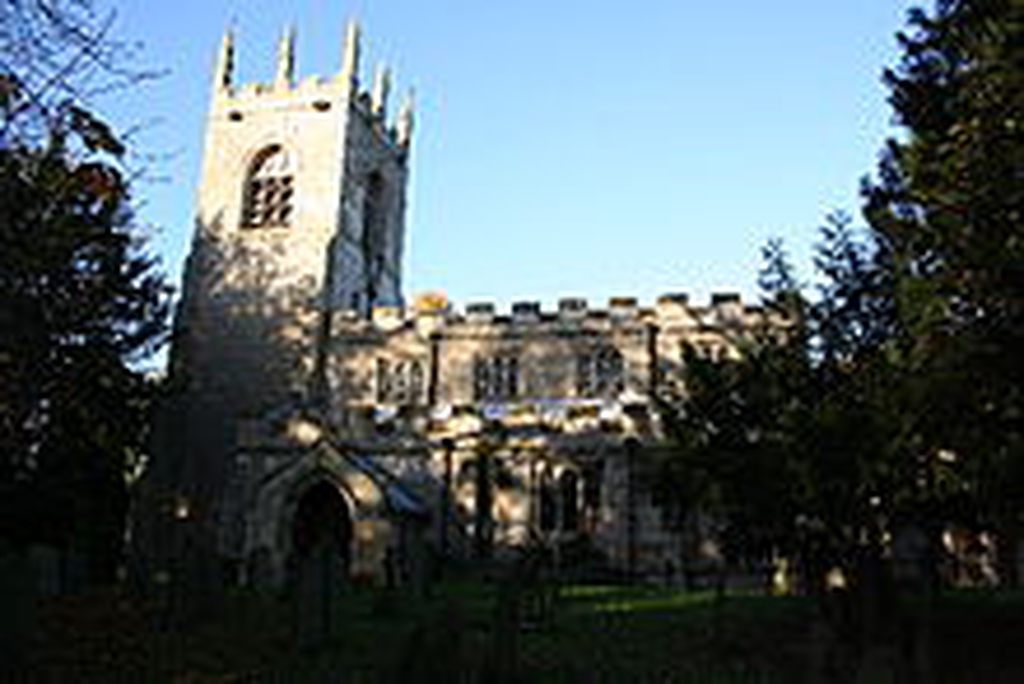 The present church dates from the early 13th century. It is a medium sized church, consisting of a broad nave of three bays, north and south aisles, the former extending eastwards on the north side of the chancel. There is also a western tower and a south porch.

Of the original building, the largest remaining portion consists of the 13th century arcades of the nave, octagonal pillars standing on square bases and supporting nearly semi-circular arches.The chancel is separated from the north aisle by an arcade of two broad bays with a circular pillar which leans at a seemingly perilous angle.

The east window, containing painted glass, was installed in 1857 at a cost of £120 in memory of the Revd. J. K. Miller. This was restored in 2004 and shows scenes taken from the Old and New Testaments The two other memorial windows on the south side of the chancel date from 1858. The west window, containing glass from 1866, has been much restored. At the east end of the south aisle, there is a stained glass window, representing the adoration of the Magi, installed in 1911 at a cost of £60.

The 15th century western tower was built in three stages in the local Roche Abbey stone. There are five single windows in the bell chamber and the tower is surmounted by eight pinnacles. There is a ring of three bells in the bell chamber dated 1586, 1606 and 1809. The clock has an ancient dial, but a modern movement by Potts of Leeds.

The roofs are all substantially 15th century, the best being that of the chancel, with shields and bosses at the centre of the beams. One beam in the nave bears the date 1713, carved in the centre.

The top of the early 16th century rood screen was removed by a former vicar, the Revd. Dr. W. J. Beale and used to form the priest's vestry, but the base is still in its former position. Dr. Beale also carved the lectern and erected the lych gate.

There are several masons' marks on the stones, notably by the lectern, and on the first pillar to the west of this is carved "R.W. 10.7.1704".