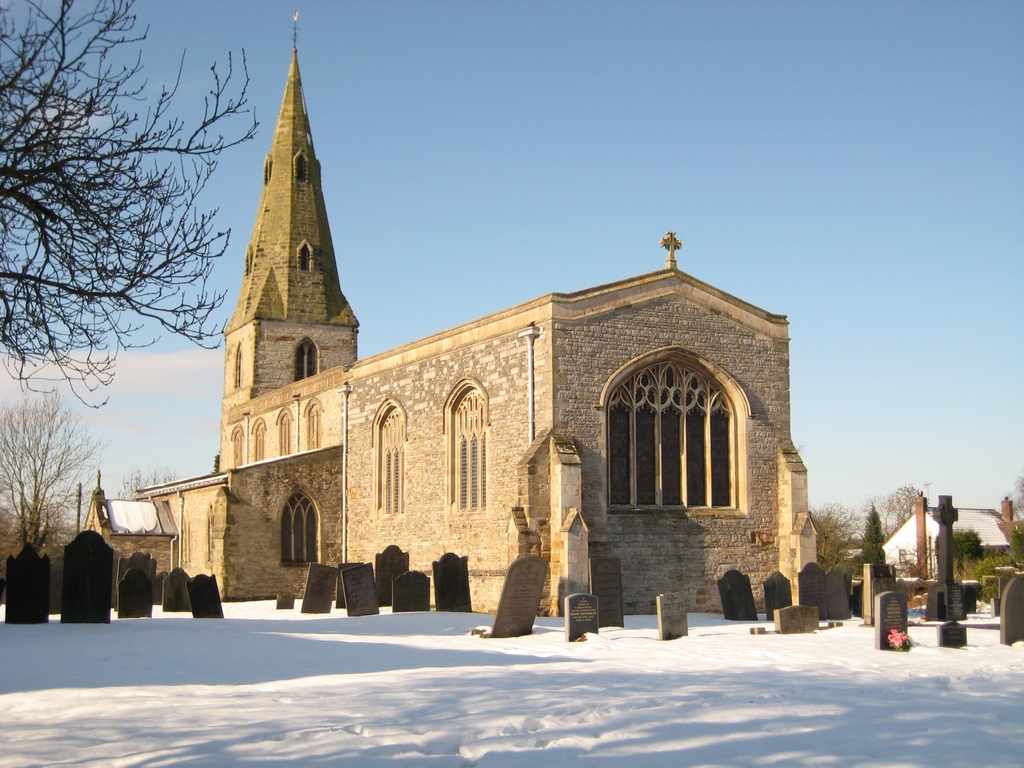 One of the reasons that St Mary and All Saints is well known to those who like to visit churches is its chantry chapel.

Located on the north side of the nave, the chantry chapel and its alabaster tombs are the most distinguishing features of St Mary and All Saints. The chapel, dedicated to St. Nicholas, dates from the 13th century and contains alabaster funerary monuments to the Willoughby family, as well as a 13th century aumbry in the north wall and arched piscina in the south wall – all of a very high significance due to their historical and evidential value.

However it is the tombs that attract most attention. There are two 13th century effigies of ladies in wimples and an effigy of Sir Richard de Willoughby, 1325, and his wife, both with feet on lions and heads on pillows. That to Sir Richard de Willoughby (d.1362), a senior judge in the days of Edward III, is of a recumbent figure in pleated dress, the sides of the alabaster tomb being decorated with blind shields. The alabaster tomb of his son Sir Richard de Willoughby (d. 1369) is of a recumbent knight with head resting on a visor and feet on a dog. The front of the tomb is decorated with raised decorated shields. The alabaster tomb of Sir Hugh de Willoughby and his second wife Margaret Freville depicts two recumbent figures in prayer, he a knight with feet resting on a lion and head on a visor, and she with feet resting on a dog and head on a pillow supported by angels.

In England’s Thousand Best Churches, Simon Jenkins writes with enthusiasm of these tombs: the rare portrait-like tomb of the judge Sir Richard (d.1362), and the central tomb of Sir Hugh Willoughby (d.1445) and his second wife. The marble carving surrounding this tomb is of high quality. Jenkins describes the rose Madonna on the eastern side as 'a miniature masterpiece' and the tombs have evoked interest from the alabaster specialists at the British Museum, who spent some time examining and photographing them.

The Southwell and Nottingham Church History Project has some good photographs of the tombs in the chapel here.