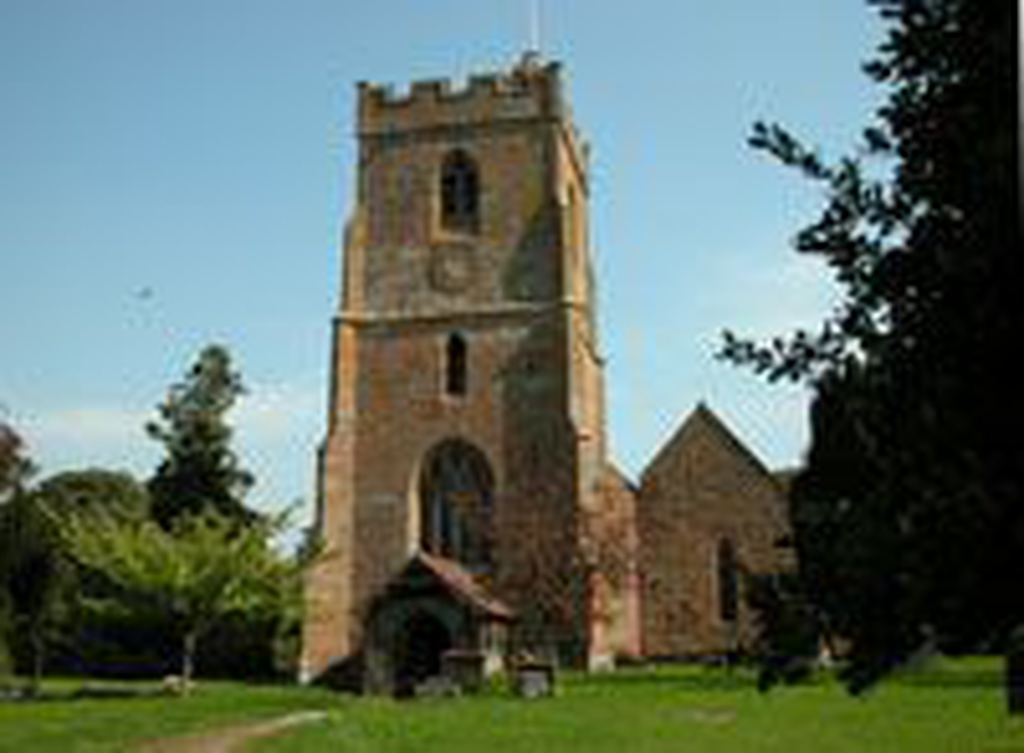 The Norman church of St Edburga at Leigh was built by Benedictine monks from Pershore Abbey in 1100, having been granted the land by King Edgar in 972 AD, and they dedicated the church to St Edburga - one of the patron saints of Pershore Abbey. Edburga, the grand-daughter of Alfred the Great, avowed a life of prayer and sanctity, rejecting the jewels and adornments of a Saxon princess. Her Feast day is celebrated on June 15th.

Set in a quiet churchyard amid ancient yews and interesting tombstones, the church has many attractive features - an imposing Early English Arcade, a Norman Font, a painted 15th century screen, several fine tombs and a 12th century stone effigy of Christ in Benediction. This is now housed in the Lady Chapel but was originally placed in a Norman Arch high on the North wall.

The neighbouring 13th century Tithe barn, recently restored by English Heritage, is the largest full-cruck barn in the country and forms part of a classic medieval grouping of Church, Tithe barn and Manor house.

Until the 19th century, Leigh parish was extensive and included the whole of Malvern Link right up to Powick. Now St Edburga's is the centre for worship for Leigh, Bransford and Leigh Sinton - each generation ensuring that the life of the Church continues