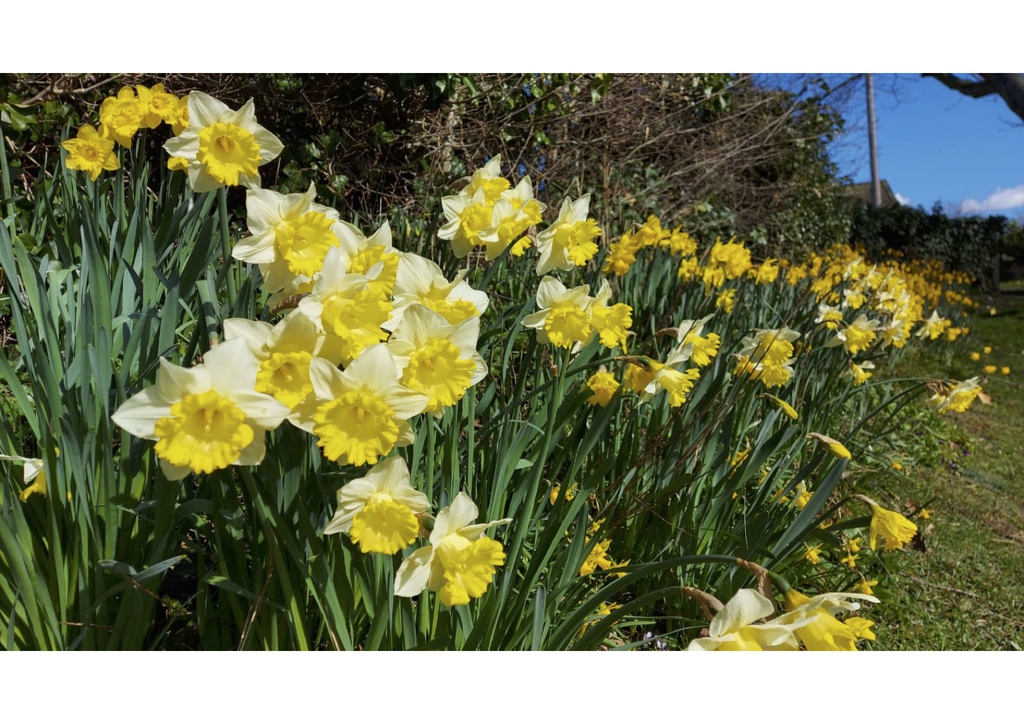 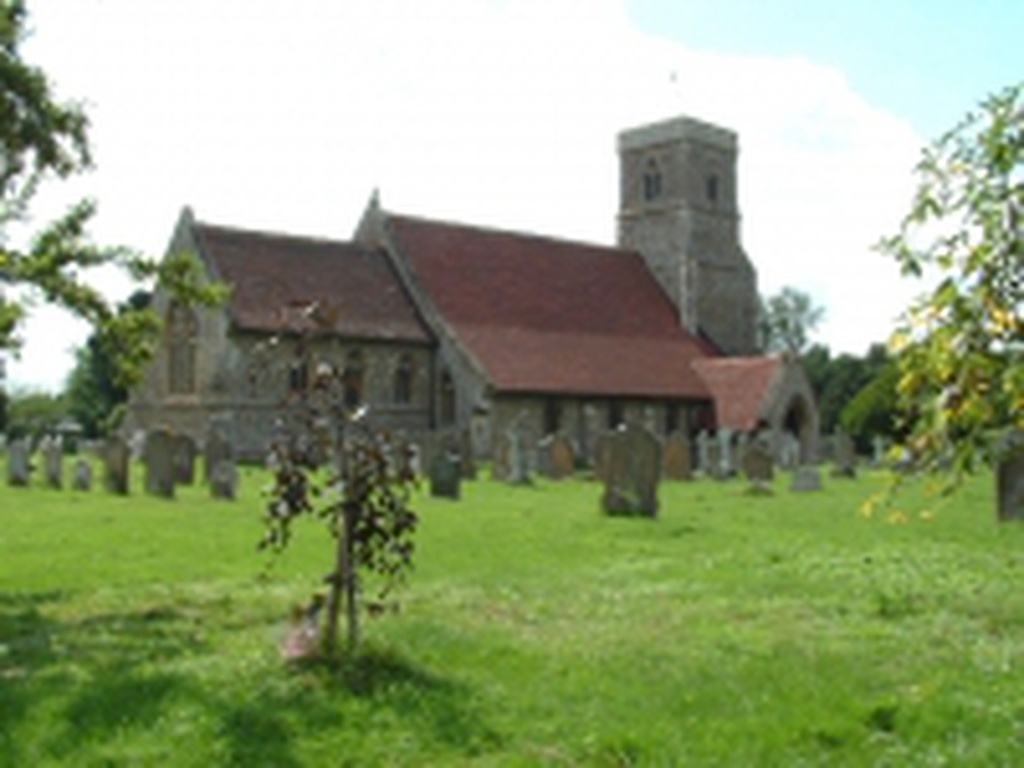 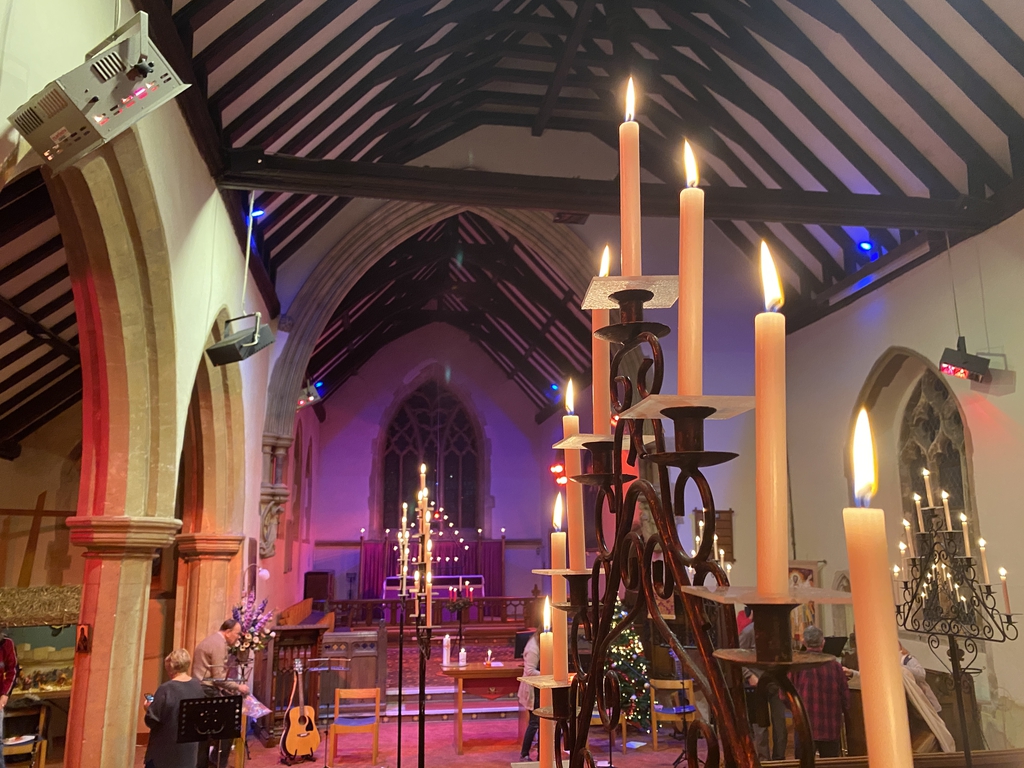 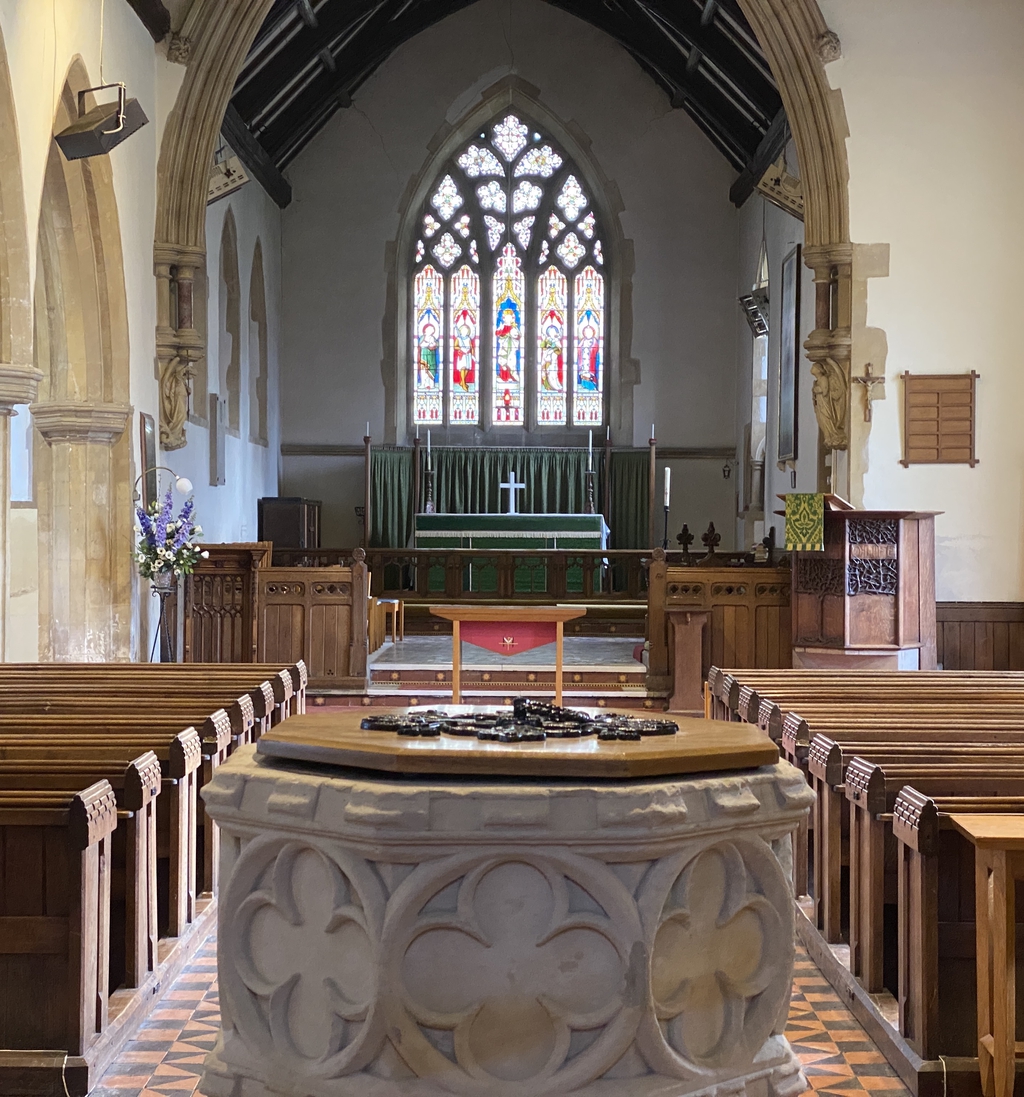 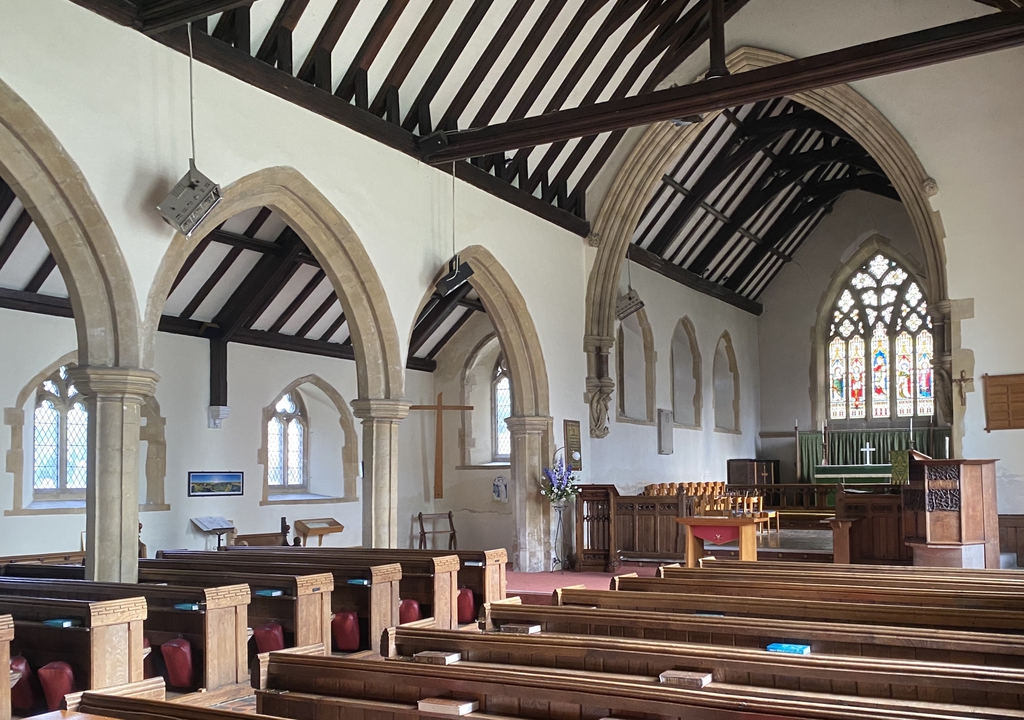 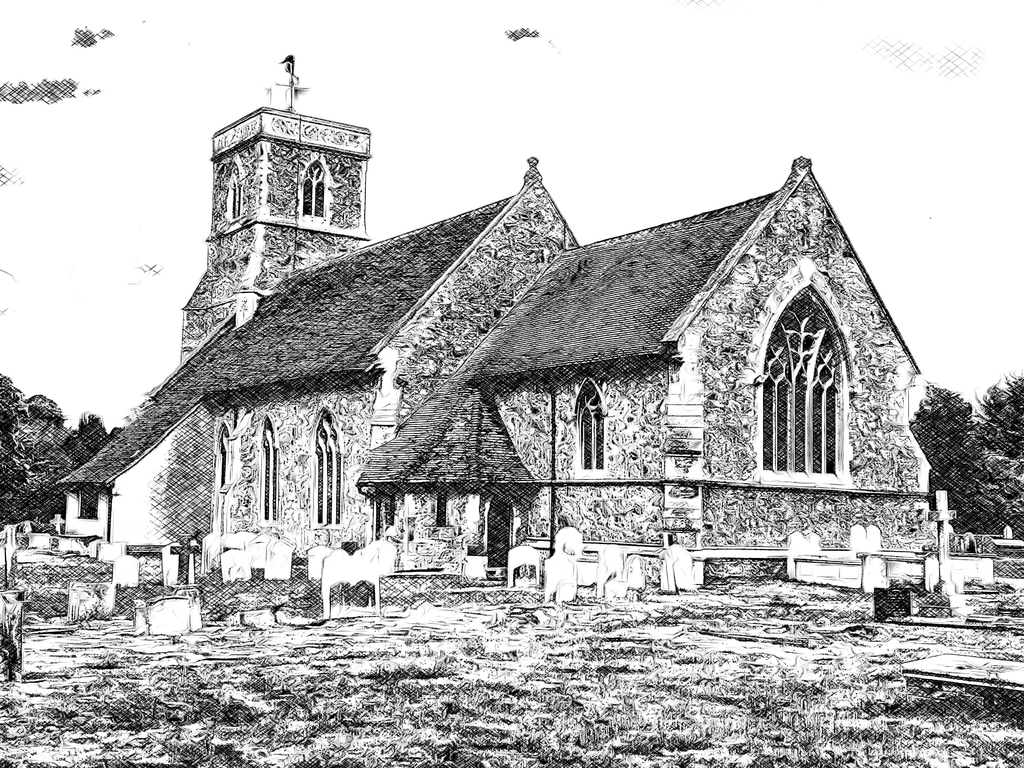 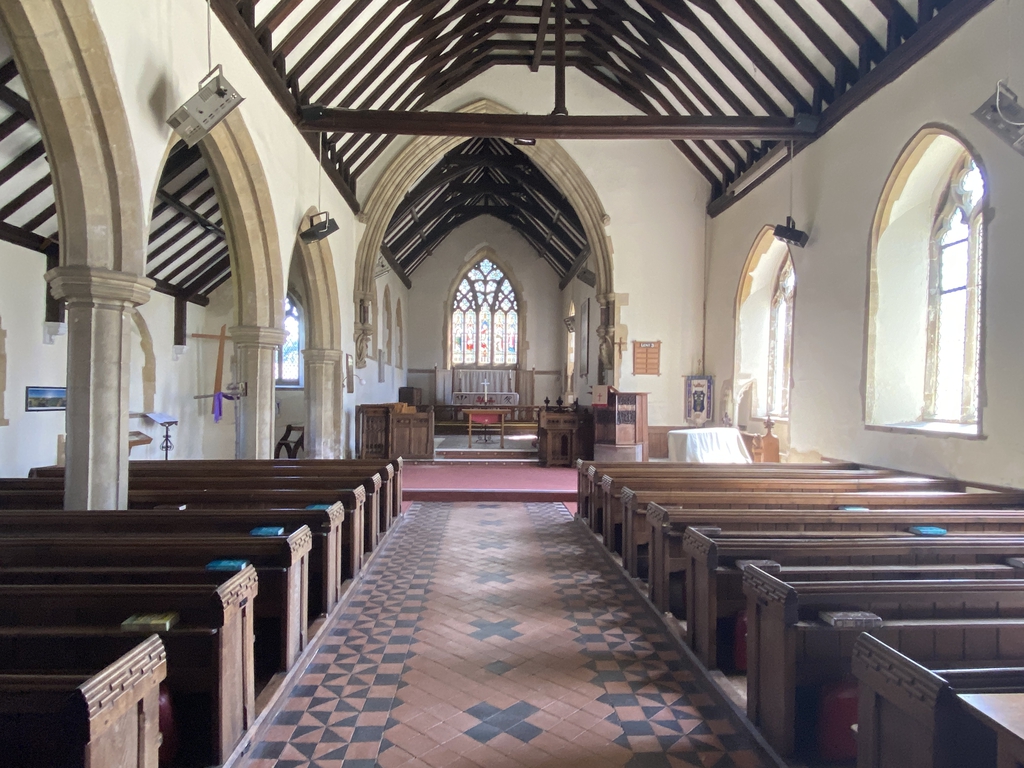 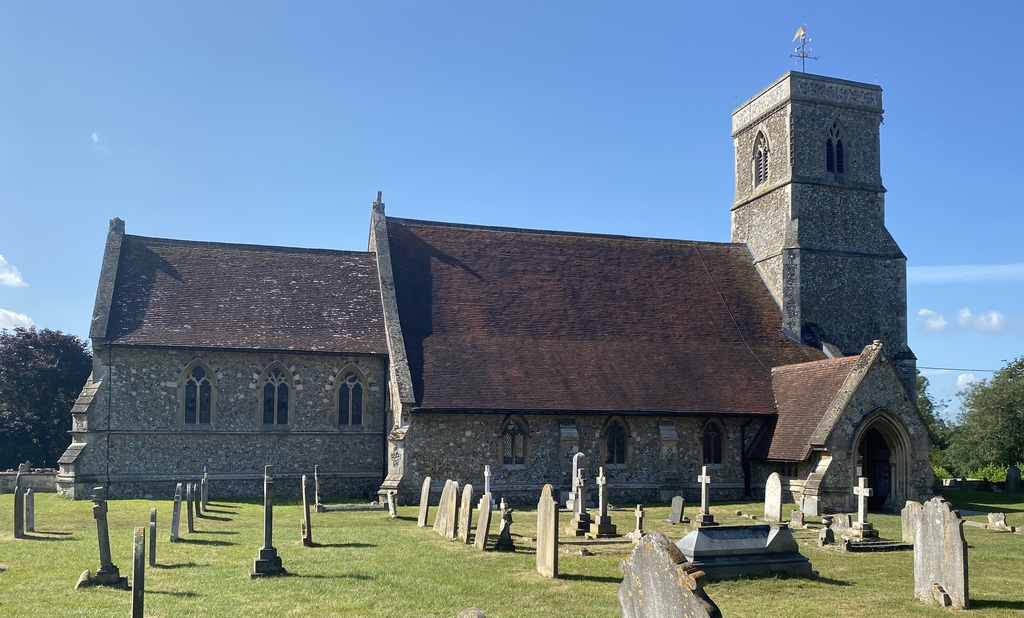 Brantham, St Michael the Archangel
Services and events
News and notices
About us
A brief history of our church
Benefice Daily Compline
Bishop Mike address to the Benefice of East Bergholt and Brantham
Information for Wedding Couples
Safeguarding Statement
Welcome to Brantham booklet
Find us
Church Lane Brantham Manningtree
Get in touch
01206 392646
Facilities
More information
Edit this Church

Brantham, which is situated just north of Manningtree on the river Stour, is believed to derive its name from the Anglo Saxon meaning "Burnt Home". This would indicate that the Vikings often raided the old settlement of Brantham in the 10th century. It is highly probable that a church has stood on the present location for 1,000 years or more, albeit initially of a wooden construction.

In its early days the Church came under the jurisdiction of Battle Abbey, hence the Shield of the Abbey on the organ case. In 1331, John de Kent was appointed the Priest in charge of St. Michaels, Brantham and also St. Michaels, Coventry. The latter Church is now the third great Cathedral of that city. There is a picture in the church of Epstein's "St. Michael and the Devil", sculpted to adorn the re-built Coventry Cathedral. It was brought to Brantham by a former Rector to commemorate our link with Coventry. Brantham Church also had connections with Dodnash Priory, which occupied land near by and was founded in 1188. When the priory was broken up at the time of the Dissolution the connection was lost. However, it is thought that a little of the Priory's medieval glass found its way to Brantham and is now placed in one of the south facing nave windows.

The oldest sections of the Church are the 14th Century Arches and Pillars, which are situated between the Nave and the North Aisle, and the Piscina set in the South Wall, adjacent to the Pulpit.

In around 1800, the Church was almost entirely rebuilt. The walls are generally of limestone blocks and fieldstone rubble with some knapped flint work. Some Septaria (River stone) is also used on the south facing walls. The North Aisle was demolished and the Arches and Pillars were then built into the north wall of the Nave. Also the Tower was embattled, pinnacled and lowered to a point below the present louvered windows.

In 1869, Edward Hakewell carried out major restoration work with the re-building and enlargement of the Chancel, the North Aisle, and the opening up of the Arcadia once again. The original North Aisle was demolished and the Arcadia built into the repositioned north wall in about 1805. The South Porch was demolished and the doorway blocked up leaving just the North Porch and doorway. The Tower was rebuilt to its present height.

Almost 100 years later, in 1957, the Choir Vestry was constructed on the site of the old South Porch and this doorway was re-opened.

A project was completed in 2016 to convert the choir vestry into an accessible toilet and small kitchen.