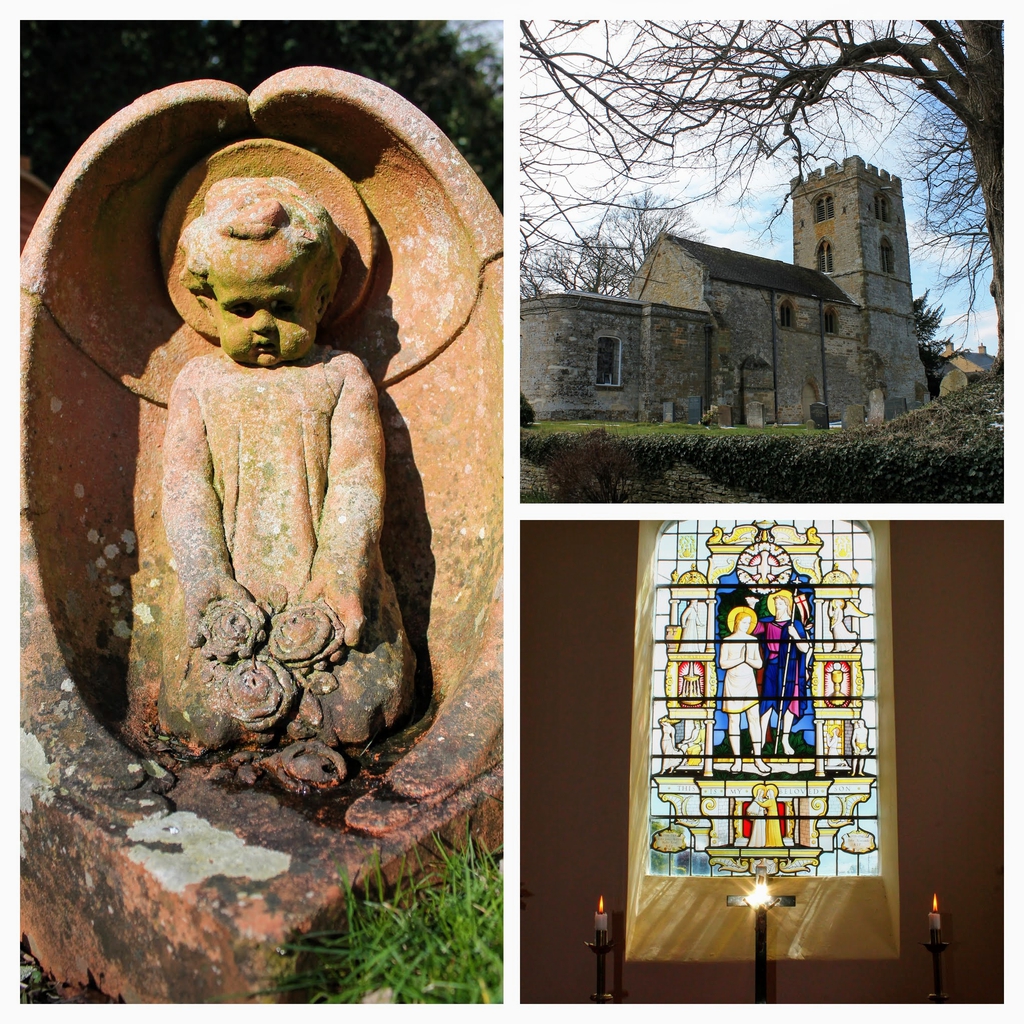 It is likely that there has been a church building within the settlement of Quinton since around 800AD. The greater part of the current building belongs to the thirteenth century period but is a development of a much earlier building, possibly the Tythe Barn, of which the south west angle and west window remain.

The original stone building probably had an aisle-less Nave, approximately of the same size as at present, and during this time a tower and larger re-modelled Chancel would have been added.

During the fifteenth century the church was enlarged by the addition of a bell chamber stage to the tower and the Clerestory and new windows.

The greater part of the building as we see it today is the result of the major restoration undertaken during the incumbency of Edward Bayley in the late eighteenth century. At that time the church had fallen into disrepair, nay ruin, and it was only with Bayley’s enthusiasm and monies received from the Montagues, Lords of the Manor of Quinton, which enabled the restoration to happen. Using much of the old stone that was left from the ruin (much had been removed by opportunist thieves or the desperate poor) a narrower Chancel with lowered roof-line and a rounded east end was built with a new south porch.

In April 1944 the Newcombe family gave the Reverend Hopkins, the Priest-in-Charge, a photograph of John (their son Killed in Action in WW2) to be placed in the Church – this is now in the ‘Soldiers’ Window’ in the south aisle.

A year later, in 1945, at the Quinton Annual Parish Meeting it was proposed that a Stained or Coloured Glass Window be installed in the Church as a memorial to John: this was subsequently agreed by the PCC.

In November 1946 the PCC agreed the design for the Window, made by the artist Harry J Stammers of Exeter, on the theme of the whole life of our Patron Saint, John the Baptist. The design now incorporated the names of our two men, Walter Tysom and Walter Matthews, Killed in Action in the First World War, although Walter Matthews’s middle name is incorrect!

The cost was estimated to be £120 plus £20 for fitting. The PCC decided to deliver a letter to every house in the village asking for donations.

A faculty was applied for and the Bishop, the Right Reverend Claude Blagden, issued this in March 1947 by which time 55 pounds and 50 shillings had been raised.

In the Churchwardens’ Annual Report in April 1948 it is noted that: “Our patience has been amply rewarded and the work of sheer beauty that now adorns our Sanctuary will be a worthy memorial of three brave men, and a lasting joy, not only to ourselves but to many future generation.” Donations of one hundred and twenty three pounds, fifteen shillings and sixpence had been raised by now.

At a 7.15 p.m. service on 4th July 1948 the Window was dedicated by the Archdeacon of Northampton, the Reverend Cecil Grimes. For full details please see the Book of Remembrance in the ‘Soldiers’ Window’ in the south aisle.

A Eucharist service with hymns and readings.