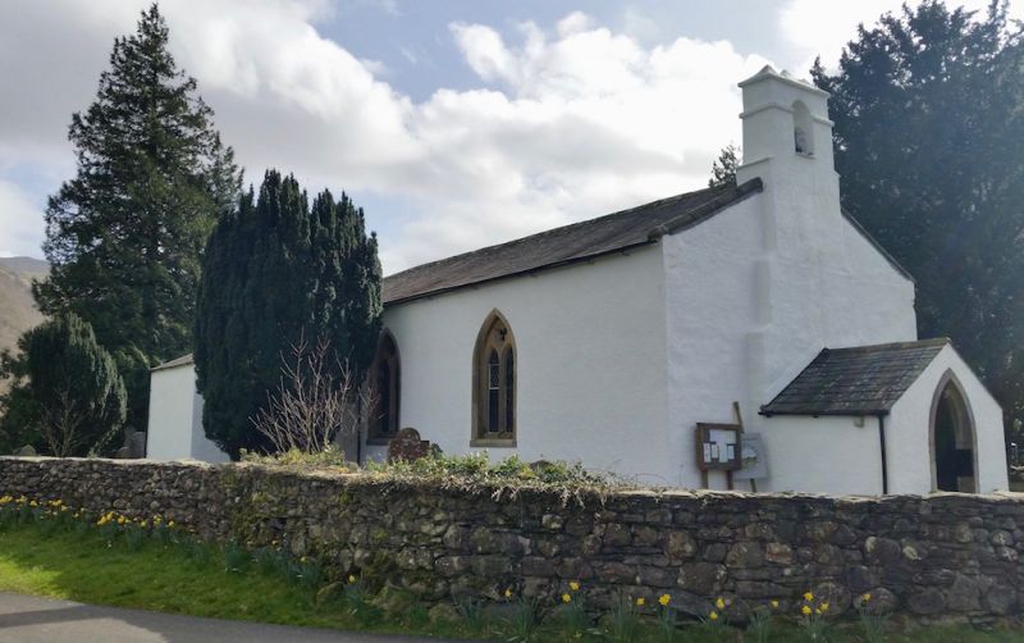 St. Andrew's Church near Stonethwaite was originally built as a chapel of ease and consecrated in 1687 (although a chapel is recorded as far back as 1505). It had become a ruin and was rebuilt in 1762 and in 1765 it was granted a burial ground to relieve parishioners of the 'great inconvenience, labour and expense' of carrying the dead to Crosthwaite. The church was restored again in 1824-25 at a cost of £300 and in 1842 a new vicarage was built with £900, the bequest of Joseph Fisher and a grant of Queen Anne's Bounty. The church separated from Crosthwaite in 1865 and marriages could be solemnised in the church. St. Andrew's was restored once again and expanded in 1873 with the addition of the chancel.

St. Andrew's is a peaceful rural church closely sitting in one of the most picturesque areas of the country. It maintains close links with the nearby school, as it has done since the founding of the school. The Borrowdale Story uses the church building to help tell the story of the Borrowdale Valley. St Andrew's church is on the Coast to Coast route.

Free tea and coffee at the back of the Church. Free Book Swap.