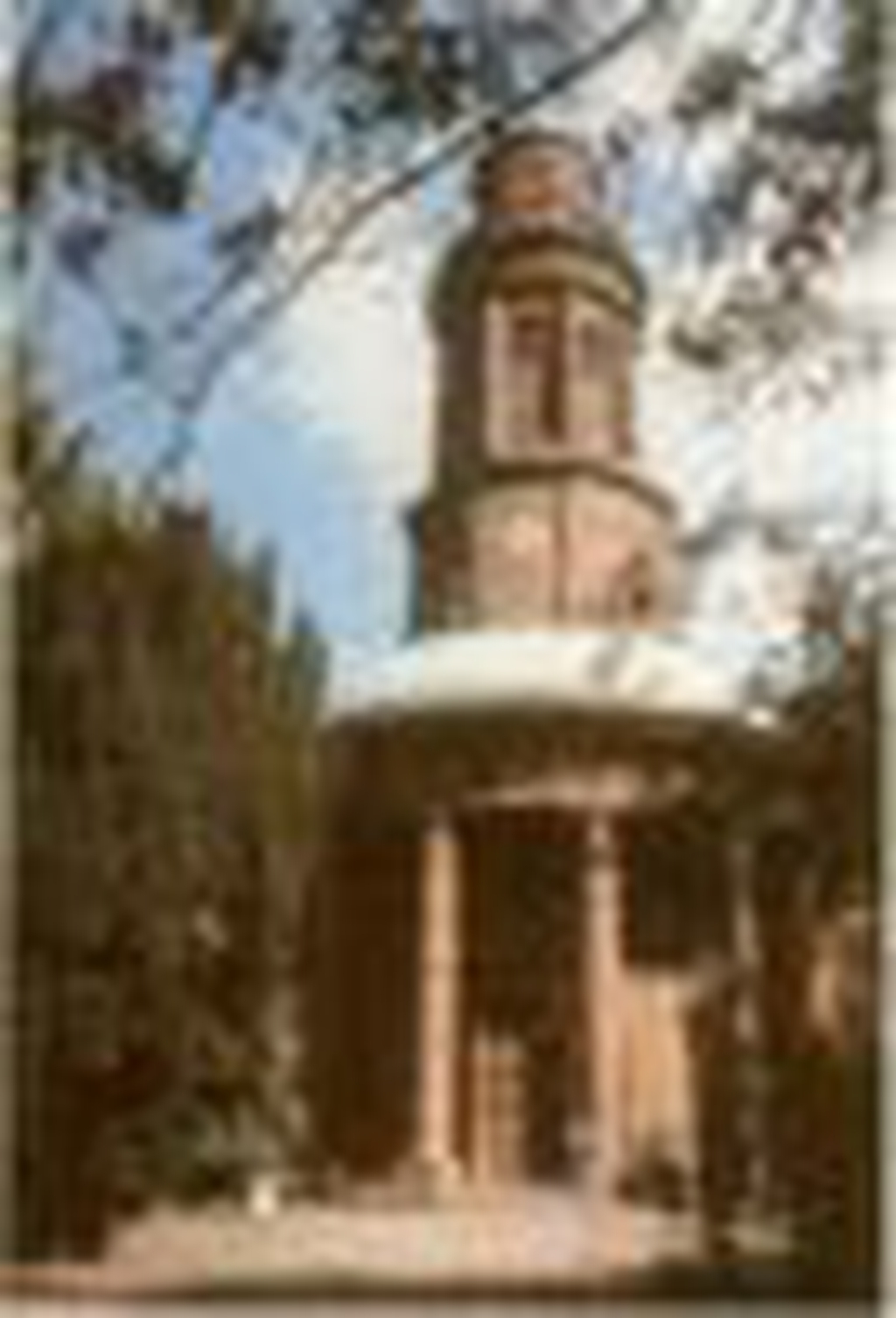 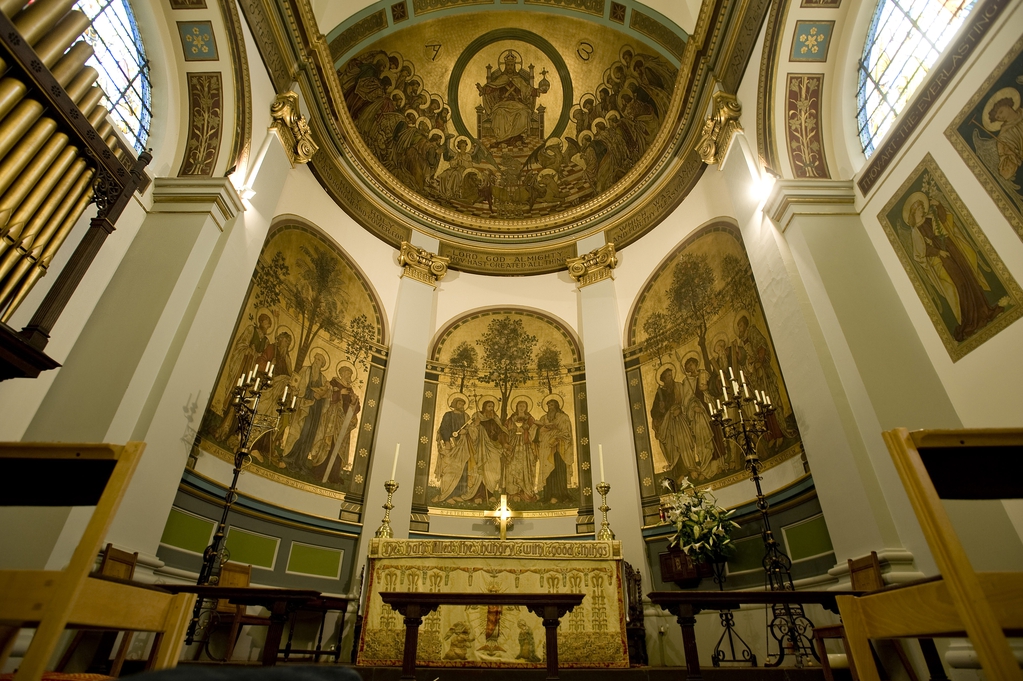 St Mary's Church is the historic parish church for the market town of Banbury, just moments away from the Banbury Cross, made famous in the nursery rhyme 'Ride a cock horse to Banbury Cross'.

The present building dates from the 1790s, replacing the earlier medieval church and is shared by the Church of England and the United Reformed Church. Designed by Samuel Pepys Cockerill, it is thought to be modelled on Wren's St. Stephen's, Walbrook. The exterior is iconic, with the 'pepper pot' tower being added and significant other changes in 1822.  The bells are a familiar sound in the town and we are always looking to recruit volunteers to ring our wonderful bells.  The interior really is both extremely impressive and unusual.

Chancel Paintings
Above the High Altar - in the dome of the apse, is depicted the Vision of the Throne of God from Revelation chapter 4: the rainbow, the four and twenty elders, the four living creatures and the seven lamps symbolic of the Holy Spirit. Behind the High Altar are the figures of the Twelve Apostles with appropriate symbols of their calling or martyrdom.

Stained Glass
The upper windows in the gaIlery represent scenes from the life of Jesus - 30 illustrations in all, while the lower windows illustrate 10 of his parables. The detailed background in all the windows well repays attention.

In the second upper window on the north side is the well-known Arctic window in memory of the explorer Admiral Sir George Back, which contains sketches from his notebook - H.M.S. Terror caught in the ice, Eskimos, polar bears, seals, reindeer, walrus and a surround of snow flakes.

"The Treacle Bible
The Bishops' Bible was first published in 1586 and is sometimes known as the 'treacle' Bible because of a text in Jeremiah 22 v 8. Instead of the more usual Authorized Version which says 'Is there no balm in Gilead? Is there no phisition there?' this Bible substitutes 'treyacle' for 'balm'. The word 'treacle' properly means an antidote against the bite of wild beasts. The Bible was donated to the parish by John Alington in 1705 and is considerably older than the building itself. This information is copied from the text placed on the glass case enclosing the Bible.

The Resurrection Chapel
This chapel on the left perpetuates the name of the Chapel from the mediaeval church. It contains several war memorials and a Lamp of Brotherhood brought from Monte Cassino in 1964, one of 84 throughout the world and the first in this country.

Organ
Built by Byfield, Wilcox and Knight in 1765 for the old church. Since then it has been heavily modified several times. It bears the name of Snetzler but there is no evidence for this attribution. It is not the only Byfield organ linked to the name of the famous organ builder.

Outside the church
It is believed that Jonathan Swift hints in the preface to the 1726 edition of Gulliver's Travels that he had taken the name of Gulliver from tombstones in the Churchyard - no tombstones exist of that name today.