The Benefice of Brandon, St Peter's 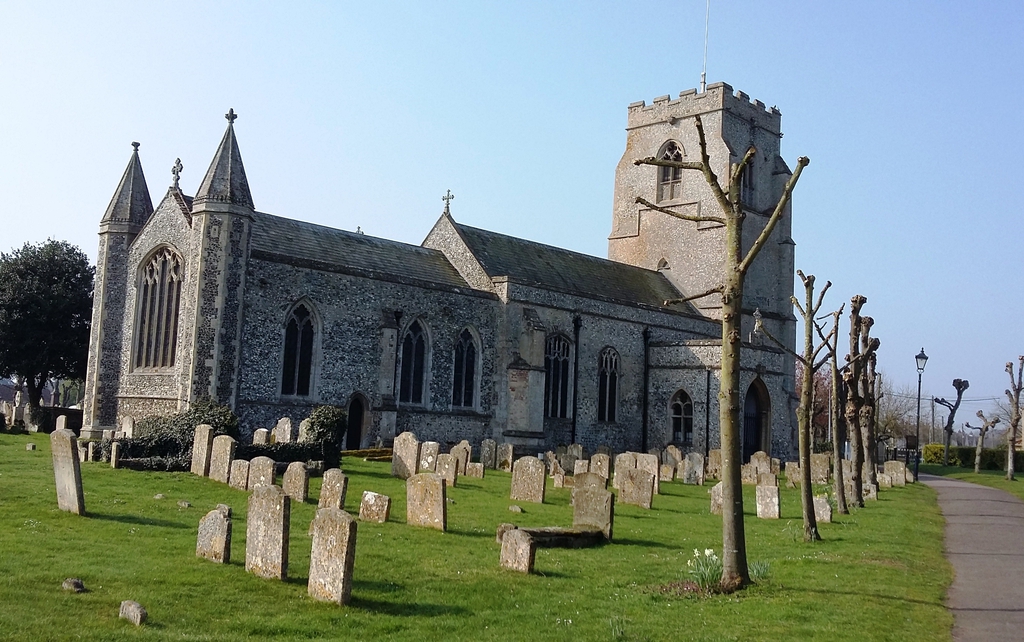 The Benefice of Brandon, St Peter's
Services and events
News and notices
About us
How to donate online
Safeguarding
Find us
Church End Brandon
Get in touch
01842 811189
Facilities
More information
Social
Edit this Church

The Doomsday Survey reports that there was a church in Brandon in 1086AD, but it is almost certain that the earlier parts of the present church are late 13th century.  It is most likely that the font dates from the same time or slightly earlier.  The tower and westernmost bay of the south aisle (now the children's corner) are late 14th c.  Finally, the porch which contains a holy water stoup, is probably 16th c.   The church is constructed from flint and stone in a mixture of Early English, Decorated and Perpendicular styles.    Restoration work was carried out in 1842 and 1873. when a new and expensive marble and alabaster reredos was brought from Italy.  Much now is Victorian in origin. However, some earlier features remain which include several bench ends and 'poppy heads' - fragments of the original choir stalls. The lower part of the 14th c. rood screen is original.  The organ was installed by Peter Conacher of Huddersfield in 1912.  The tower contains six fine bells. The stained glass windows are much admired, the finest of  which is in the north wall of the chancel.  A board on the west wall of the nave contains the names of Clergy since 1248.   In the churchyard are a few plague graves and near the east gate are two stone 16th c. effigies. A sundial on the tower was erected in 1725, and there are several gargoyles including a Cheshire cat. The central heating system has been modernised and toilet facilities are now available, A mini kitchen enables light refreshments to be served.