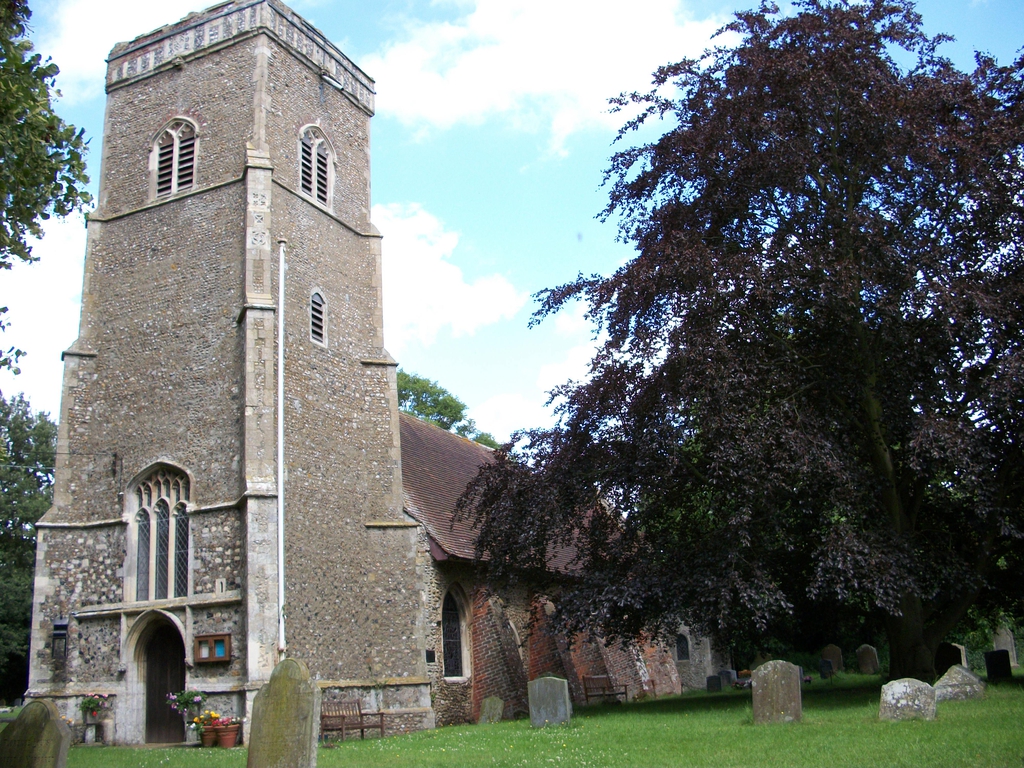 For more years than the writer can remember, there has been a walnut tree on the south side of Knodishall churchyard, and has provided a winter store of its produce for squirrels!   During last year the tree became a safety hazard and the PCC made the decision that it should be cut down before it caused any damage.   The tree was duly cut by a specialist contractor (who incidentally broke two chainsaws during the process) and the wood was stored, in order that it would acclimate before it was used. So the raw material was the “gift”.

Now for the “talent”.   We are very fortunate to have in the village an expert who works with all kinds of wood, and makes the most wonderful items.  He asked the PCC if he could make something for Knodishall Church using the walnut wood, and subsequently has made a stunning cross for the altar and matching candlesticks (which will be on the altar during the week), a bowl, a plate, and by special request, a container specifically made to hold a crystal bowl. This latter item will be used in the font for baptisms.

For many years a wooden cross and gridiron shaped candlesticks have been used on the altar during the week, which were made and donated by local man Rex Chaston.    These have now been placed in the window behind the font, and are on permanent display.

For the gifts and talents - we are truly thankful.