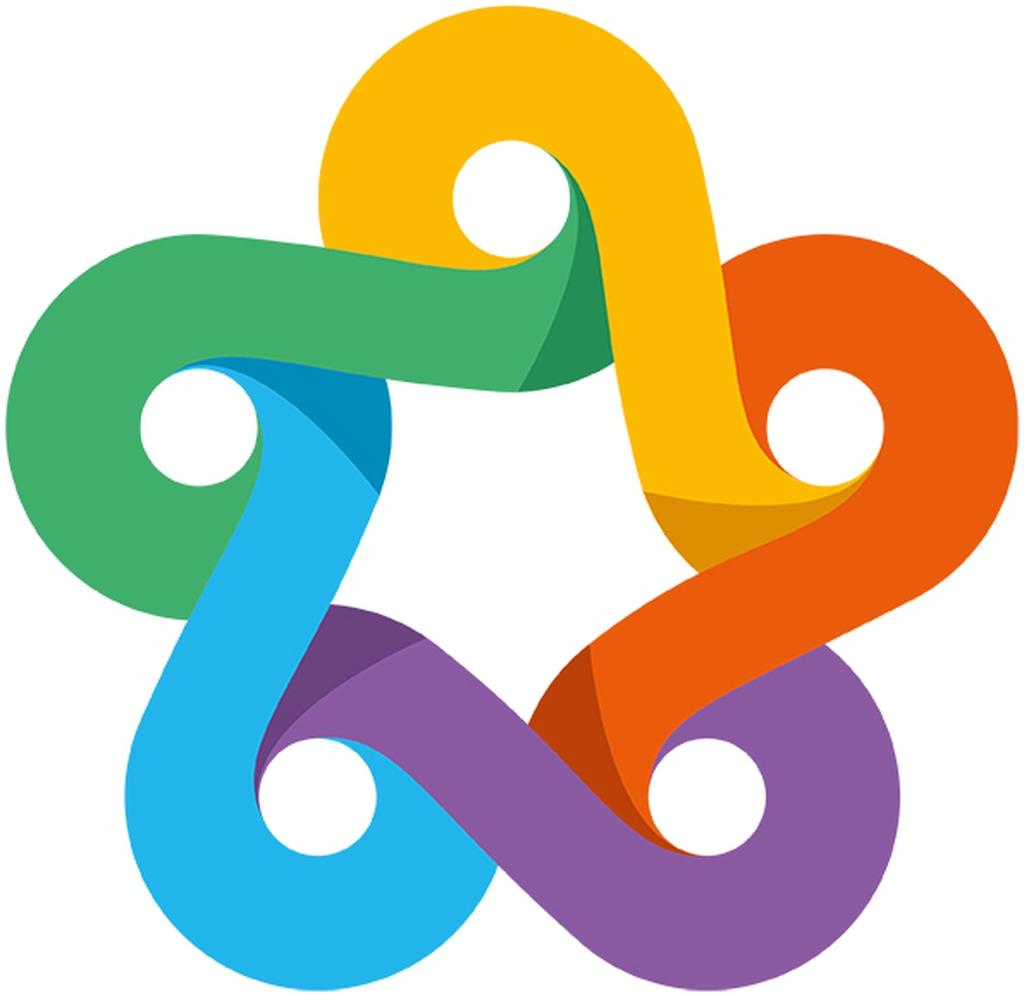 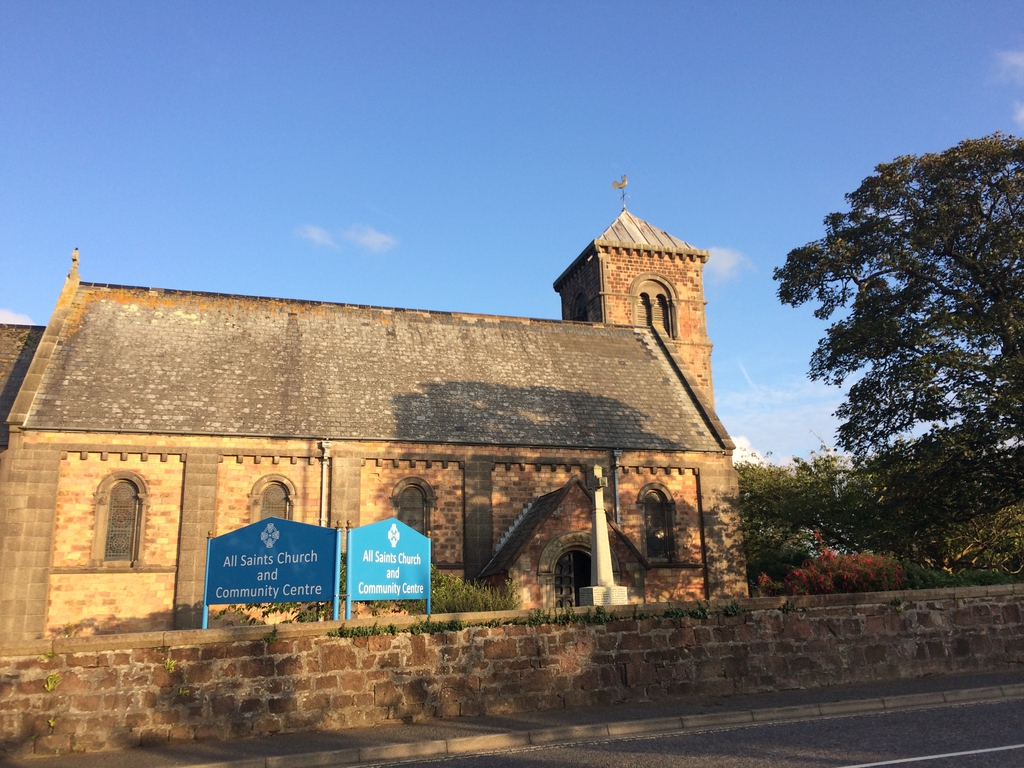 All Saints, Tuckingmill
Services and events
News and notices
About us
Safeguarding
Funerals
History of All Saints Church
Transforming Mission
Find us
Roskear Camborne
Get in touch
07873 612760
Facilities
More information
Social
Edit this Church
Church of England Diocese of Truro Camborne and Tuckingmill

The Ecclesiastical District of All Saints, Tuckingmill was gazetted by an Order in Council of 3rd June 1844, being a new Parish taken partly out of the ancient Parishes of Camborne and of Illogan, due to a large increase in the nineteenth century mining population centred on the village of Tuckingmill. This move came during the Episcopate at Exeter (for there was then no Diocese of Truro) of the redoubtable Henry Philpotts (1831 -1869) under whose aegis much new ground was broken in the cause of the Church in the West of England, many new Churches were built in Devon and Cornwall, All Saints being one of these.

The Foundation Stone of the new Church was laid in 1844, the architect being a Mr. J. Haward of Exeter who built in a Romanesque or Norman style; quite unusual for a period when the Gothic Revival was sweeping England, hand in hand with the Oxford Movement and a new appreciation of things Medieval. The Building was consecrated by the Lord Bishop of Exeter on Monday July 7th 1845, along with the accompanying Burial Ground, the Royal Cornwall Gazette noting that "The sermon was preached by the Rev. J. Punnet, of St. Erth, from the 10th Chap, of Numbers, and part of the 29th verse: Come thou with us and we will do thee good." This building is also a mark of the Right Hon. Lady Basset's liberality. On the previous Saturday the Bishop had laid the corner stone of the new Parish Church for Illogan, as part of an Episcopal Visitation of the District as well as Confirming some 300 children from Camborne, Illogan, Redruth and Gwennap Parishes in this same week-end.

Real photographic postcard by E A Bragg of Illogan showing the exterior of All Saints Tuckingmill, or Roskear Church, postmarked 1904.

At the time of the Jubilee of the Church, held on July 7th 1895, some interesting remarks were recorded concerning the nature of the Church Building, which, it was claimed could seat 600 persons while its granite work was especially worthy of notice, the pillars supporting the Nave and Aisle being each carved out of one piece of granite, and the Chancel Arch being probably the finest arch in any Cornish Church, but the Cathedral. Another treasure, certainly the Church's greatest, is the magnificient twelfth century Font bowl, which so happily blends in with the style of the building. This Font originally belonged to the ancient Chapel of St. Derwa at Menadarva, near Kehelland, which was one of seven such Chapels in the old mother parish of Camborne, other than the Parish Church, in medieval times. In the 1700's it seems to have found its way from Menadarva to Tehidy under the wing of the Basset family, reposing in "Miss Mary's Garden". Upon the building of the new District Church in 1844, the Basset family presented this medieval treasure anew to the use of Holy Church and the purpose for which it was carved. Many people are not aware of the Font's long and chequered history.

In 1853-54 the Church Singers (or Choir) received £5 per annum, divided amongst themselves, for their services, while in 1861 a Harmonium was introduced to accompany the singing, at a cost of £10 10s. In 1867 a January supper for the whole Choir cost the parish the princely sum of £1 16 shillings.

During the Revd. J.R.W. Bampfield's Incumbency (1875-1880), the first pipe organ was placed in the Church, while at a Jubilee Organ Recital held on July 9th, 1895, by Mr. F.J. Mountford, of St. John's Truro, the offertories were for the enlargement of this small organ, some £100 being raised at this time. A second manual with five new stops was added to the instrument by Messrs. Heard's Factory of Truro at a cost of £102, along with new couplers and a larger bellows; the organ being re-opened on February 10th 1896. Again on April 29th 1913 an enlarged instrument was re-opened with a new electric blower, the work again being entrusted to Messrs. Heard's of Truro; the recitalist being Mr. A.H. Baker, the Organist of Camborne Parish Church.

The late nineteenth century was also a time of great Missionary zeal which went hand-in-hand with Church improvements. In October 1888 there was a special Mission in the Parish with services taken by the Revd. H.J. Bartlett, the Vicar of Halsetown, while similar recruitment drives were held in February-March 1893 and again in March 1897 with meetings led by Captain Riley with his Van as Church Army Lay Missioner in the Diocese.

During the 21 years Incumbency of the Revd. Arthur Adams (1883-1904), a former Camborne Curate, and a figure much respected, with both antiquarian and believed Tractarian sympathies, there was much quickening in both the spiritual life of the Parish and the field of improvements in the Church fabric. From Easter 1899 Adams introduced daily Mattins and Evensong while the Vestry also resolved at that time "that on the 4th Sunday in the month there should be an interval between the Services of Mattins and the Holy Communion". A new addition to the Churchyard had been Consecrated on September 5th 1895, the additional ground being given by Mr. Basset of Tehidy, and enclosed and laid out by Public Subscription, while in 1885 a Vicarage House was built on a site given by Mr. Pendarves, the cost being met by subscriptions and grants from Church Societies. Exactly 100 years later in 1985 another new Vicarage is being built, adjacent to the old one, but to a smaller plan.

In the Church itself a new North Chancel Window, with Angel and Golden Censer was offered on December 4th 1898, while on July 5th 1900 a new oak Chancel Screen and Clergy Stalls, costing £115, were dedicated by the Venerable J.R. Cornish, Archdeacon of Cornwall. The Screen was of solid oak, surmounted by a Cross given by the Communicants. On Feast Sunday November 2nd 1902 the new oak Choir Stalls were dedicated, and a new Pulpit and Font Cover (worked by a weight) were dedicated by the Archdeacon at Feast, All Saints Day, 1903. A new lighting system followed in 1906.

On January 5th 1908 a near disaster was averted when a fire broke out in the Church which was only quelled by timely discovery and prompt extinction, the cause of the blaze being a roof beam adjacent to the boiler-house flue catching alight. A bucket chain was formed, while burning wood fell all around the organ as well as much water! Little damage was done, however, for the Parish Magazine records that, "we were able to hold our usual service in the evening of that day and at the close sang the "Te Deum" as a solemn act of Thanksgiving to God for merciful deliverance from the peril of fire".

The First World War heralded the break-up of the old social order and climate. In February 1916 it was recorded that "Mr. Basset's removal from Tehidy means a considerable pecuniary loss to the Church in Tuckingmill. The Assistant Curate Fund alone loses £15 per annum". In March 1919 there were at least twelve burials owing to a flu epidemic, while 1920 saw the closure of many local mines and great unemployment in the Parish. At Feast 1918 the Anthem sung by the Church Choir had been singularly prophetic in the light of the events of eight days later and the Armistice of November 11th. "Sing O Heavens and be joyful O Earth". Joy for many in the Parish was to be, however, short lived for the 1920's saw a high emigration rate from all the mining areas of Cornwall, to foreign climes where work was not just a hope, but a reality.

In February 1919 there was some discussion about erecting a Churchyard Lych-Gate as a possible War Memorial as well as Oak Panelling the Chancel, or furnishing the South Aisle as a Memorial Chapel, but all of these schemes were eventually dropped in favour of the present War Memorial Cross in the Churchyard which was Dedicated on Saturday February 7th 1920 by the Lord Bishop of Truro, at a cost of £135, containing 55 names. Let the Parish Magazine tell the story for us. "A day which henceforth will never be forgotten. The service was a beautiful service in all respects. It was taken entirely out of doors, in most favourable weather, and in the presence of a very large gathering, including Comrades of the Great War, Dolcoath Ambulance Brigade and Tuckingmill Boy Scouts. The singing of the Hymns, "O God, our help in ages past", "They whose course on earth is O'er", and "For all the Saints" to the accompaniment of the Camborne Town Band was really beautiful."

Church life in the Parish seems to have continued on an even keel in these difficult years. At Harvest Festival 28th September 1913 a new Oak Reredos to the Altar was dedicated. (Originally there had been a glazed tiled wall in the Sanctuary which is shown in later nineteenth century photographs.) On Easter Day 1919 there were 150 Communicants which was the largest number ever, while on May 27th 1920 a further new portion of the Churchyard was Consecrated by the Bishop. "The service had to be curtailed because a heavy shower came on just as the Procession was making its way to the new ground. The Bishop preached on St. Mark 5-4. "The Raising of Jairus' daughter". The first Choral Celebration of the Holy Communion was held at the 8.00a.m. Service on Easter Day 1921 with 150 present. The Vicar wrote in the Parish Magazine "It was gratifying to note that every member of the choir was there". April 1921 saw the first meeting of the new Parochial Church Council, while in October of the same year the Revd. Henry Wright, who had worked for 26 years in Cornwall, was made Hon. Canon of Truro Cathedral, Stall of St. Adwenna. On Easter Day 1927 there were four Celebrations of the Holy Communion 7, 8 (Choral), 9.15 and 11.00a.m. An extensive programme of services was thus maintained, along with a continuing desire for more improvements in the Church fabric and facilities. In April 1931 a new Ringers' Chamber and Choir Vestry were opened through the munificence of the late Esther Williams of Camborne, while on July 18th 1931 the new ring of 6 Bells was Dedicated. Special prayers were led by Canon Carah of Penponds, while Canon Maddrell preached. This new Ring was opened by the Camborne Ringers, at a cost of £716 2s 3d. The Church Choir at this time numbered 44 persons.

The post-war years have brought some changes, as well as new hopes and visions for the future. It is encouraging to note that in 1971 the number of names in the Electoral Roll (138) was greater than that of 1939 (122). Today the Church still keeps up a long and fine Musical Tradition while Sunday morning worship is well attended. The oak Chancel Screen has gone, falling victim to insect infestation, while the new All Souls Chapel was created in the south aisle to the west of the organ, in about 1970 with accompanying Aumbrey given by the late Lord Bishop of Truro, Dr. J.M. Key. A central Nave altar for the Eucharist, and the recent return of the Choir Stalls to the Chancel have been recent re-orderings in a Church which is always open daily for private prayer and meditation. All Saints is now in tune for the decade ahead, and joyfully awaits the time of its 150th Anniversary in 1995.