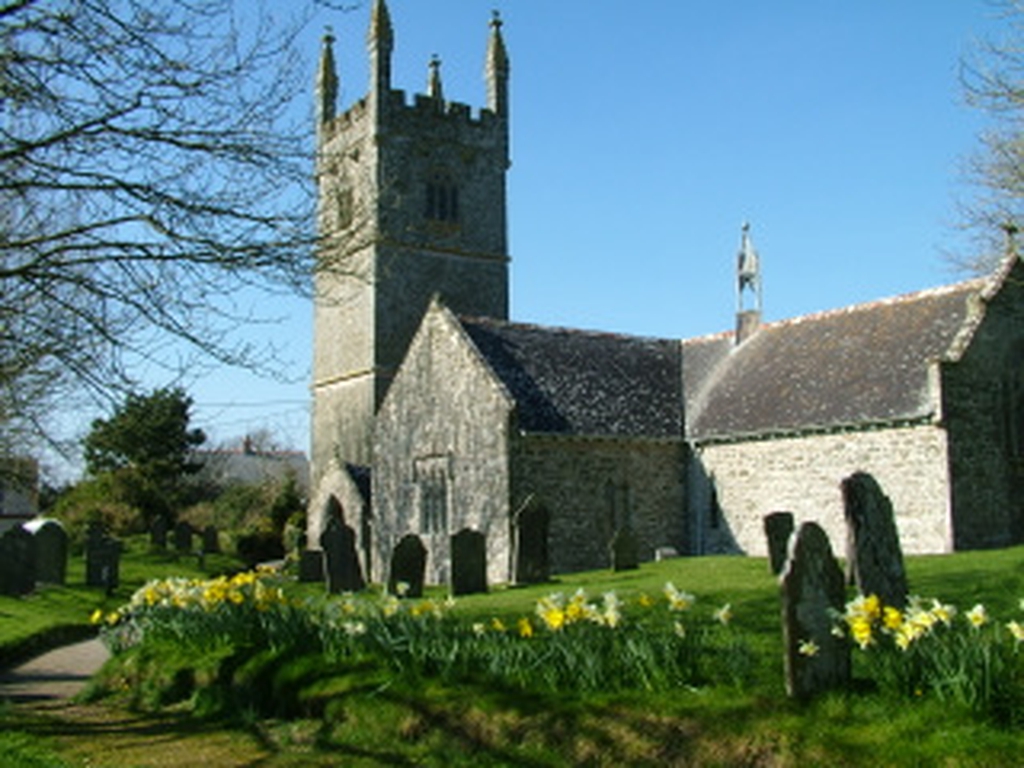 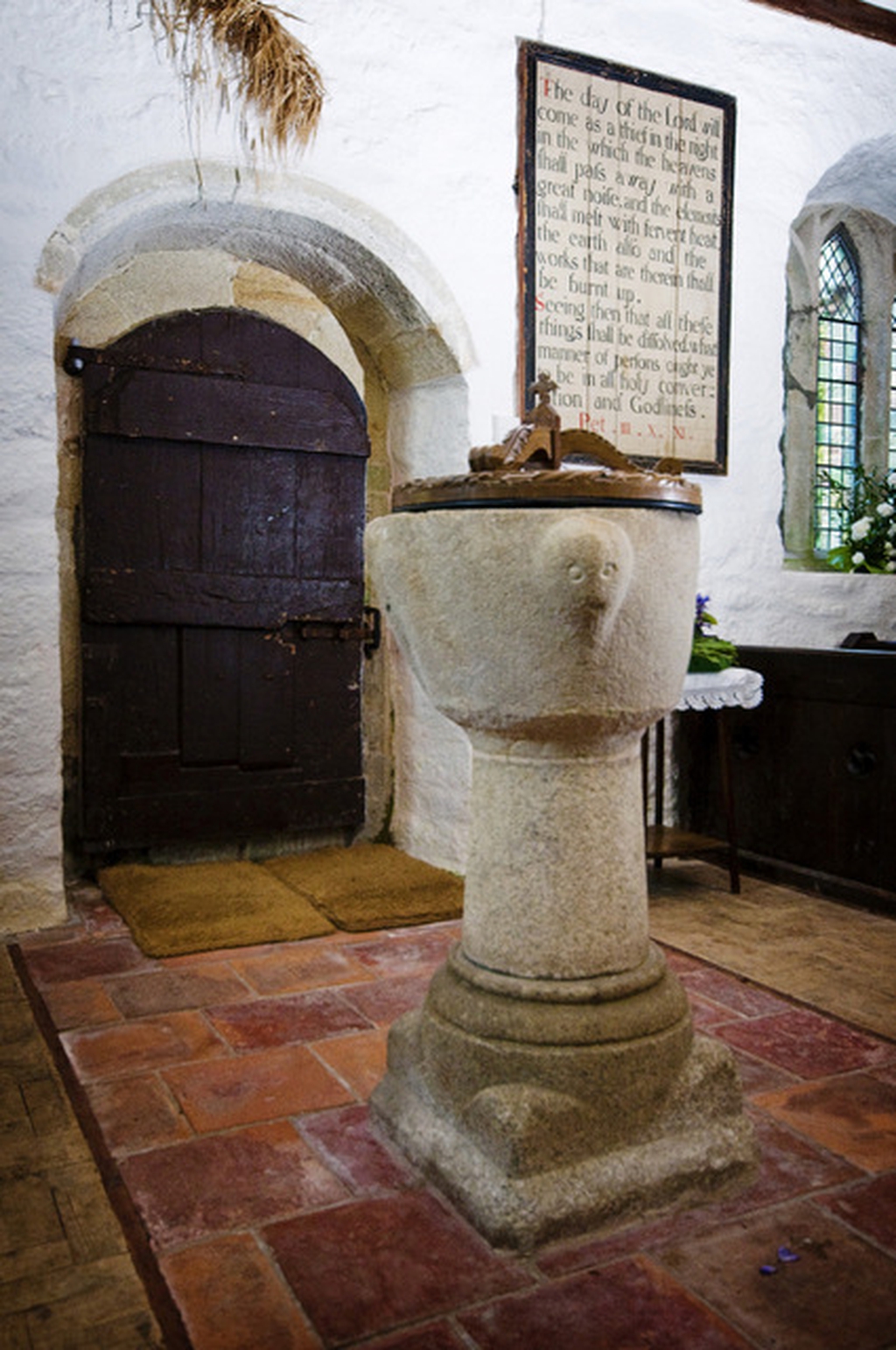 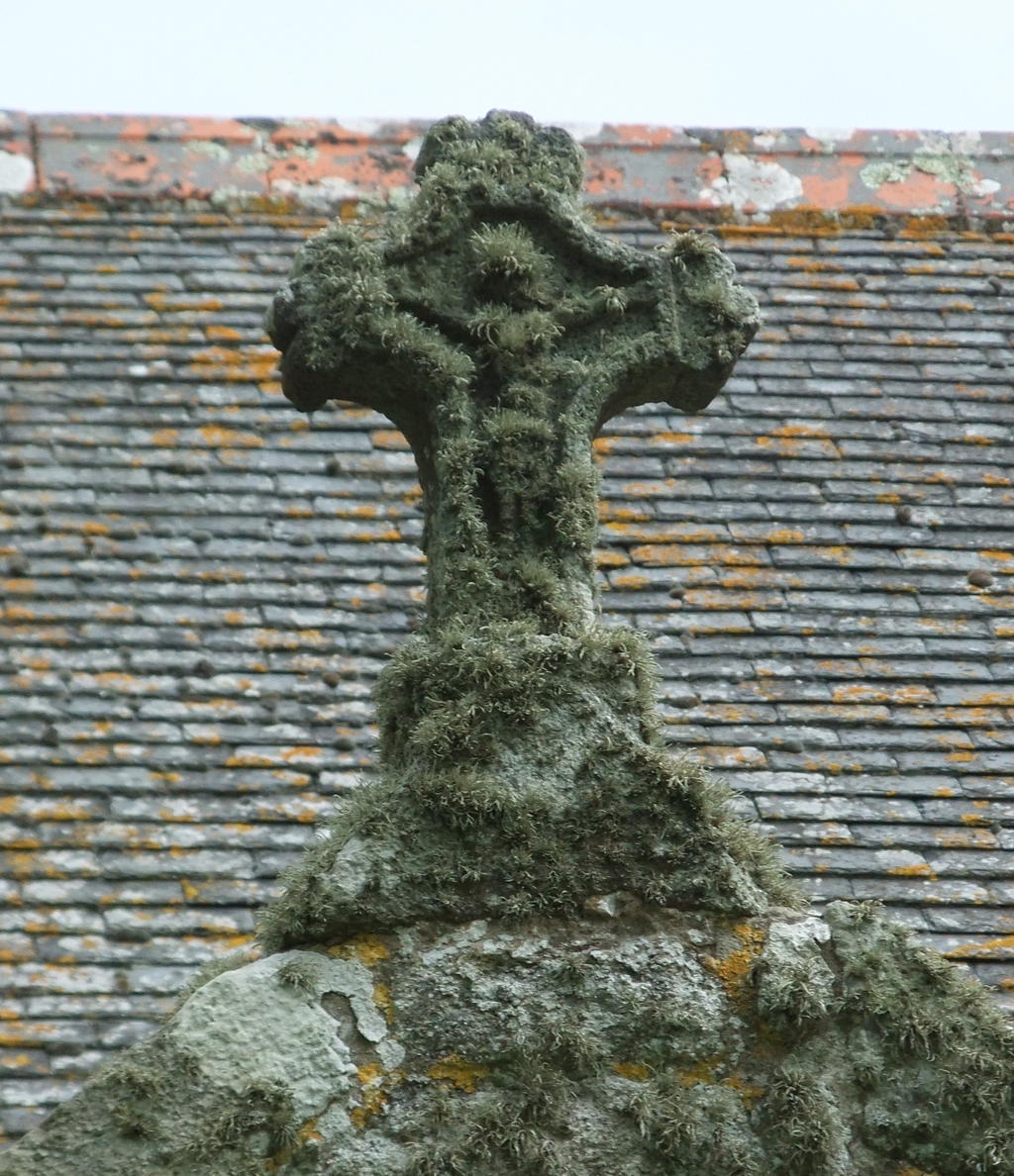 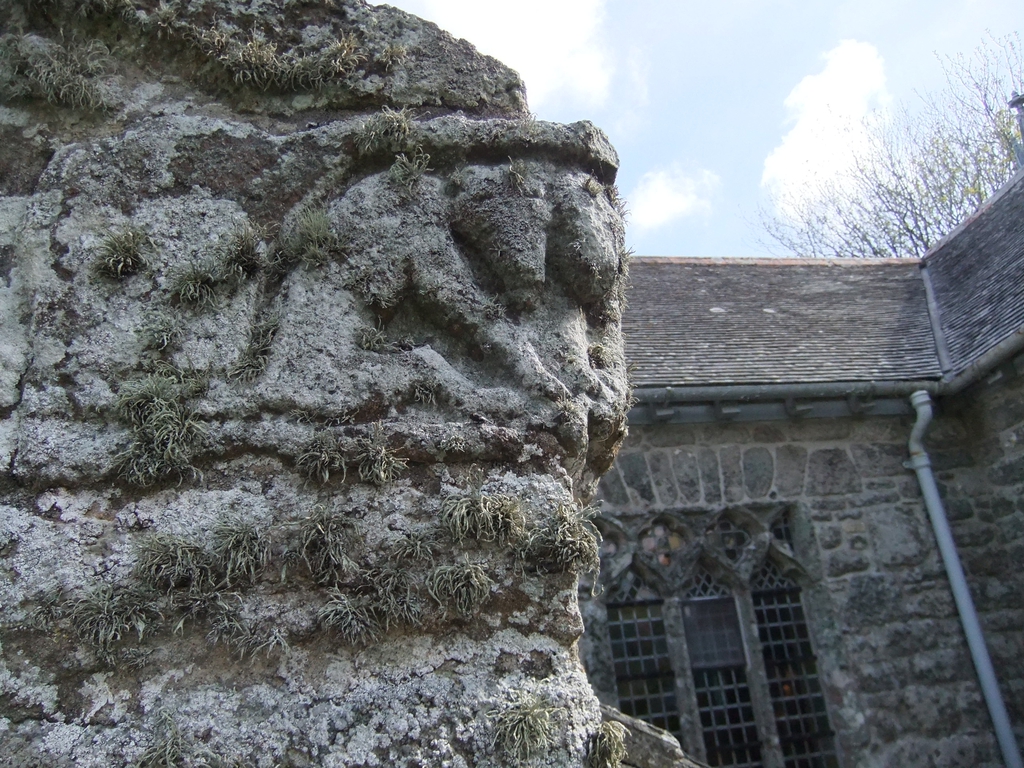 Toilets are only available during service times and are located int he Church Hall approximately 150 yards away. We are looking to have toilet facilities in the church in the future.

There is limited parking around the church with a small space by the church hall. On Sundays we are able to use Germoe Community Primary School car park with the kind permission of the Headteacher.

There is a defibrillator attached to the wall at the entrance of the church hall, located approximately 100 yards from the church.

There is a T loop system installed in the church.

St Germoe Church
Germoe, or Germochus was an Irish king, one of a band of missionaries, who landed with his sister Breaca and others in the Hayle Estuary between 550 - 600 AD. They escaped death at the hands of a local chieftain, Teudar, and made their way up the river Hayle almost to its source at Tregonning Hill. Breaca settled on the slopes of the hill whilst Germoe chose the valley where there was shelter and a spring.

In the early Church Germoe and his followers would have gathered in the open air around a Celtic cross and as confidence grew and numbers increased, a small rough stone building followed and served until the advent of the Norman period, when a more permanent and well constructed building was erected.

The porch and tower were not part of the original building and were added in the 14th century when the church was enlarged to accommodate the congregation and the north aisle was also built. The beautiful north arcade is formed of six arches supported on five moulded columns of fine proportions. The small north transept was added about fifty years later.

The Germoe Monkeys and the Gable Cross

The monkeys are located high up each side of the entrance walls of the porch and were probably intended by the sculptor to depict the spirit of evil and mischief driven forth from the church in the same way as the gargoyles found on the tower. The gable cross above the outer gateway was symbolic of pre-Reformation time where it was suggestive of due preparation before entering a sacred building. The monkeys and the cross are found in close proximity.

The font before the North Door is of pre-Norman conquest date. The bowl is of a rough formation, ornamented with two crude heads and a peculiar fish shaped projection. An explanation could be that the heads represented the apostles as fishers of men and the fish symbolises those caught in the waters of baptism or the form of the fish as in early Christian art symbolises Christ and was used by early Christians as a way of communicating with each other. The carved oak cover was added and dedicated in 1950 at the suggestion of the Bishop of Gibraltar when he took a service in Church in 1948. The design of the small central cross on the cover is taken from the unique gable cross on the porch. The pedestal on which the font stands is thought to be Victorian and is not in keeping with the font.

This curious building in the north east corner of the churchyard has led to much speculation over the years but there can be no doubt that its original use was in connection with the Palm Sunday celebrations of the Mediaeval Church. It was customary for some of the Clergy, bearing a muffled cross to lead a portion of the congregation (bearing palms or their substitutes) from the Church. The officiating Priest would then read the gospel for the day: at this point another procession left the Church, headed by a Priest bearing the Host, and a number of children singing, "Blessed is He that cometh in the name of the Lord", following a cross decorated with wreaths of green leaves. The two groups then mingled, the muffled cross was removed and a distribution of bread or alms was made from in this case Germoe's Chair. The united procession, then following the Priests returned to the Church, where the service was continued to its close. This lovely tradition, weather permitting, is followed each year by the congregation of St Germoe Church.

This is positioned at the left hand side of the bridle road, branching left from the road leading into Germoe Village, forty yards west of the bridge over the stream. In about 1905 the road was widened and the level raised and the stones which formed the trough were removed and all trace of the well was lost. However in June 1977 work was initiated by parishioners to restore the well to mark the Silver Jubilee of Her Majesty, Queen Elizabeth II. The well was completed in 1978 and is an approximate representation of the original well, and taps a vigorous spring believed to be the original source.

We collect each week for the food Bank in Helston

The Church Hall is for hire. It can accommodate 40 people sitting down and more for fairs, exhibitions. For further details contact 01736 763679.