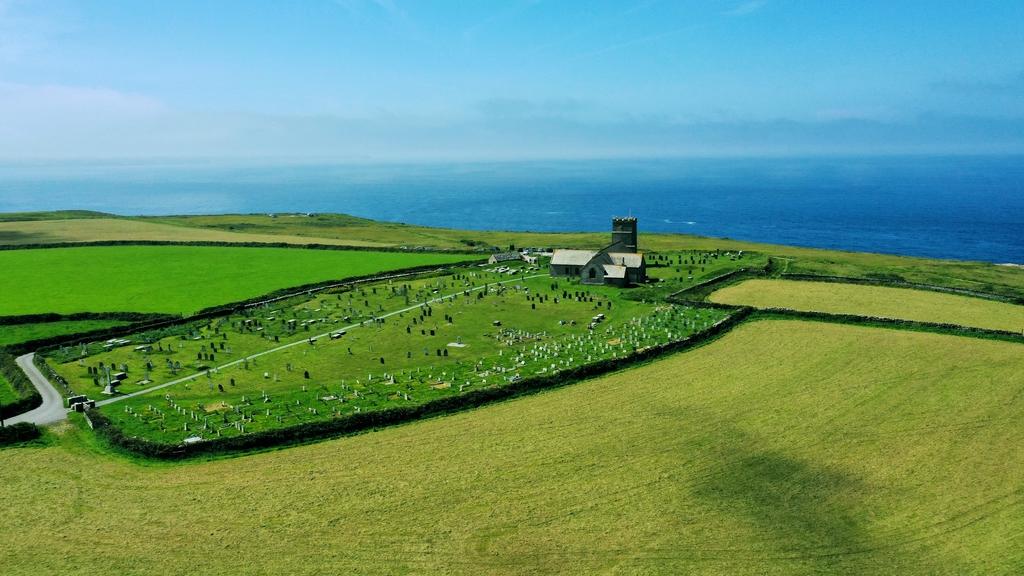 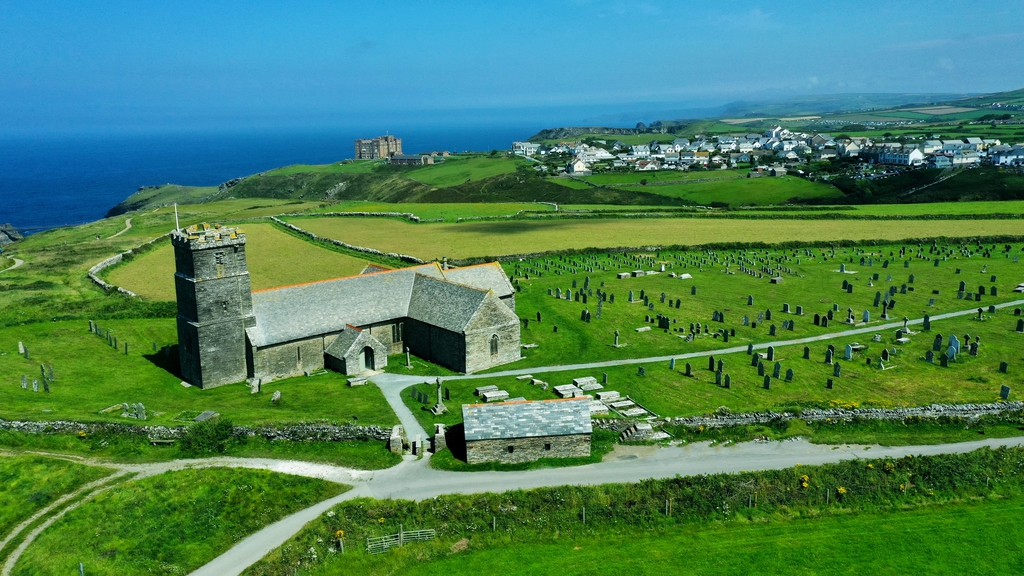 Tintagel: St Materiana
Services and events
News and notices
About us
Find us
Tintagel Truro
Get in touch
01840 250359
Facilities
More information
Edit this Church

Welcome to the parish church of Tintagel: St Materiana in the Anglican Diocese of Truro and county of Cornwall England. The Church was built between 1080 and 1150 and stands on Glebe Cliff overlooking the sea. St Materiana has been identified with St Madryn, a princess of Gwent, who, according to tradition, evamngelised this area in about 500 AD. It is likely that the Church was built on the site of an oratory served in celtic days by the monks of Minster and later replaced by a Saxon style building. It appears to have been built on the site of intensive early Christian burial during the 5th to 7th centuries.

The font is Norman and is believed to have been brought here from St Julietta's chapel in Tintagel Castle. The rood screen is largely intact and dates from about 1500. The Bishop's Chair is late Tudor. The stone bench along gthe west and south walls is medieval and predates the introduction of pwes in the 15th century.

The Blessed Sacrament Chapel within the Church is specially set apart for quiet prayer. It contains a pre-Reformation altar in situ.

The south transept contains a Roman stone bearing the name of the Roman emperor Caius Flavius Valerius Licinianus Licinius a rival who was put to death by Constantine in 324AD. There is another Roman stone near St Pirans, Trethevy about 2 miles away: these are two of only five such stones in Cornwall.

The Iota lifebelt commemorates the death of a cabin boy in 1893 in a shipwreck in nearby Bossiney Cove, the rest of the crew being saved by local men.

There is a bronze age granite monolith about 20m from the SW corner of the Church tower.

There are regular services at 10.00 am each Sunday.

Ensuring that children and young people as well as adults are kept safe whilst in our care is an integral part of our church life. If you have any concerns about safeguarding please contact: