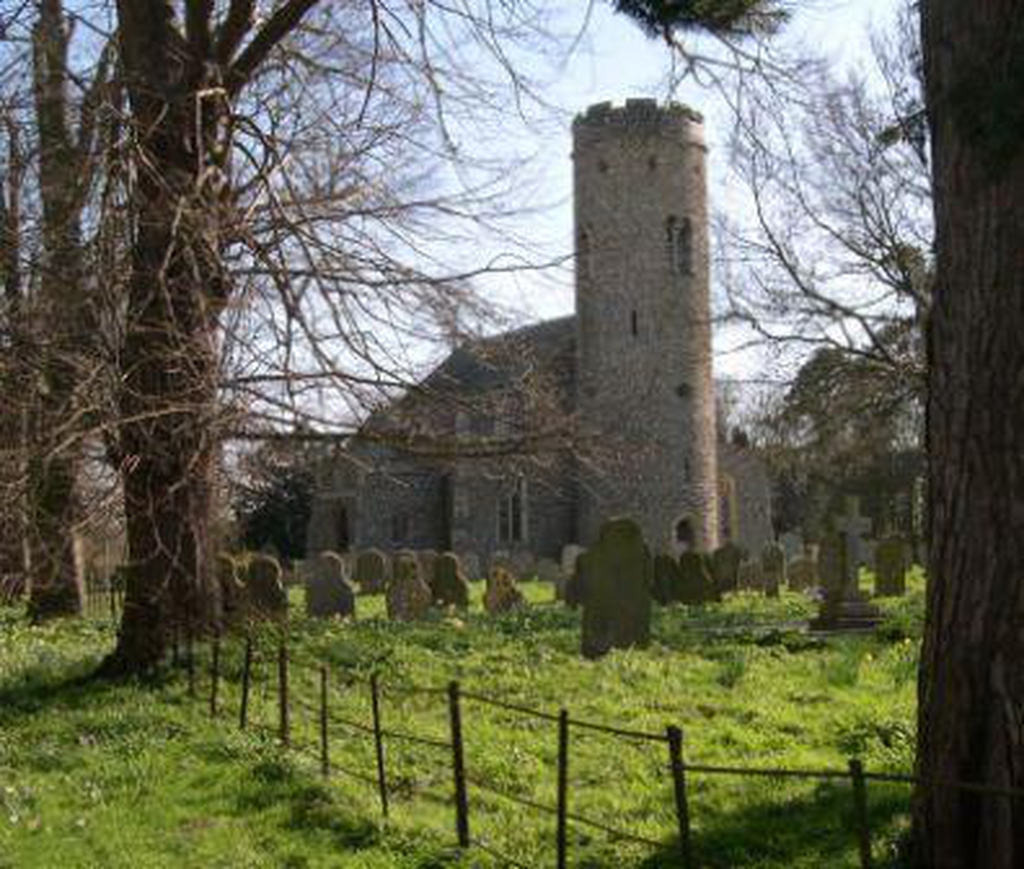 St Peter's is so much more than its building - it is a thriving and continually developing church with a monthly service, wonderful seasonal events, a great relationship with our neighbouring Church School, an active Friends Group and an embryonic Bellringing team.  For more information about bellringing and the Friends Group please contact Churchwarden, Gilly Barnes.  If you'd like to become a Friend of St Peter's or to make donation - forms can be found on the 'News and Notices section' of this page or you might like to follow this link:

The building is currently in need of a large amount of restoration - read on to see why it's crucially important to restore this very special building - home of Christian Worship for more than a thousand years!

In Domesday Book, the estate of Forncett was the land of Roger Bigod and is said to have had two churches – identified as the present-day St Peter’s and St Mary’s, which are recorded as separate parish churches. Parts of St Peter’s Church Forncett remarkably now look exactly the same as the Domesday Book recorder would have seen in 1086! These include a significant amount of fabric at the west end, including the tower, and in the chancel. Look out for what is called the ‘herringbone pattern’ in the flintwork – flints laid in rows slightly at an angle to make a pattern – particularly evident in the outside of the south wall of the chancel. The same wall also bears traces of an intriguing opening above the 13th-century priest’s door, Anglo-Saxon in character, but of unknown function: it is too big to be a window and too high above the ground to be a door!

The Anglo-Saxon church was simple in plan and only consisted of the tower, nave and chancel. The church’s present-day tower is outstanding, although its date has been debated: it could be either late Saxon or early Norman. However, from a stylistic point of view, the tower, with its characteristic double bell openings divided in the middle by stone shafts crowned with capitals, is undeniably Anglo-Saxon. Unusually, the capital in the east opening, although weathered, bears traces of intricate carving, which is very difficult to see from the ground level. The west door is characteristically Norman, whilst the parapet and the stringcourse decorated with gargoyles date to the 14th century. Internally, there is a rare timber staircase, dating, most likely, to the 15th-16th centuries.

In the 15th century, in common with many churches, there was significant rebuilding, and the aisles were added. The entrance into the church is through the beautiful 15th-century north porch, which, when it was built, would have played a much more significant role than it does today - marriages, contracts, and business deals took place here. The porch at St Peter’s is decorated with the emblems of St Peter and St Paul: the shields with crossed keys for Peter and crossed swords for Paul. There is also an inscription above, which is almost impossible to decipher, but it reads: ‘Saints Petur and Pawle patronnys of yis place Praye to Ihu i(n) heven yt I may see his face’ [Saints Peter and Paul patrons of this place Pray to Jesus in heaven that I may see His face]. It is common for a church dedicated to both Peter and Paul to lose the Paul along the way, which is what happened here. Further above you can see the letters ‘HIS’ made in typical East Anglian flushwork – they symbolise Jesus Christ.

Inside the church, the arch-braced roof, rood stair, piscina, simple font and a number of pew ends are medieval. The latter are of exceptional quality and depict a range of figures: Apostles, personifications of seasons and occupations and symbols of vices. Various suggestions as to the specific identities of these figures have been made and some are still debated. For example, who is the lady in a small house on the north side of the church? The pew ends were severely damaged by iconoclasts in the Reformation and what we see now are a mixture of restored medieval carvings and replacements carved in Victorian times.

The alabaster tomb to Elizabeth and Thomas Drake, who died in 1485, is another exceptional feature of the church, showing the couple in their carefully depicted medieval dress. The tomb incorporates unusual niello work – a type of engraving that uses a black mixture to fill out the engraved lines, which may be unique in Norfolk.

The church was restored and re-seated by Thomas Jekyll in 1857, and, as a result, the interior is largely a mixture of 15th-century and 19th-century fabric, perhaps with the exception of the Jacobean pulpit. The stained glass, the reredos, the organ and the seating are Victorian.

Other important features of the church include a stone mensa slab at the entrance into the tower (it used to be a part of one of the altars in the church and is now set at an angle under the tower arch), two early brass inscriptions and two ledger stones, as well as the remnants of a Victorian heating system at the west end of the nave.

The church also celebrates a connection with William and Dorothy Wordsworth, although there are no tangible reminders of their stays in Forncett in the church, beyond modern displays.

comprehensive guide to FStP church and with short information about Forncett St Mary church (now redundant) and Forncett St Edmund church is available by post at £1.50 from the churchwardens.