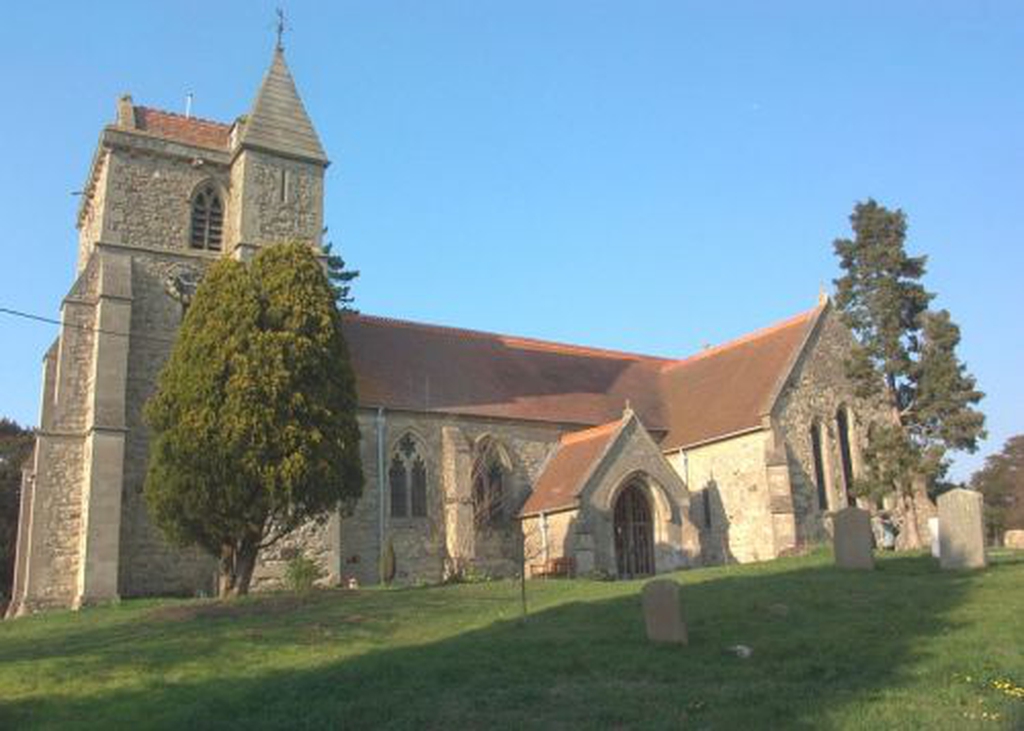 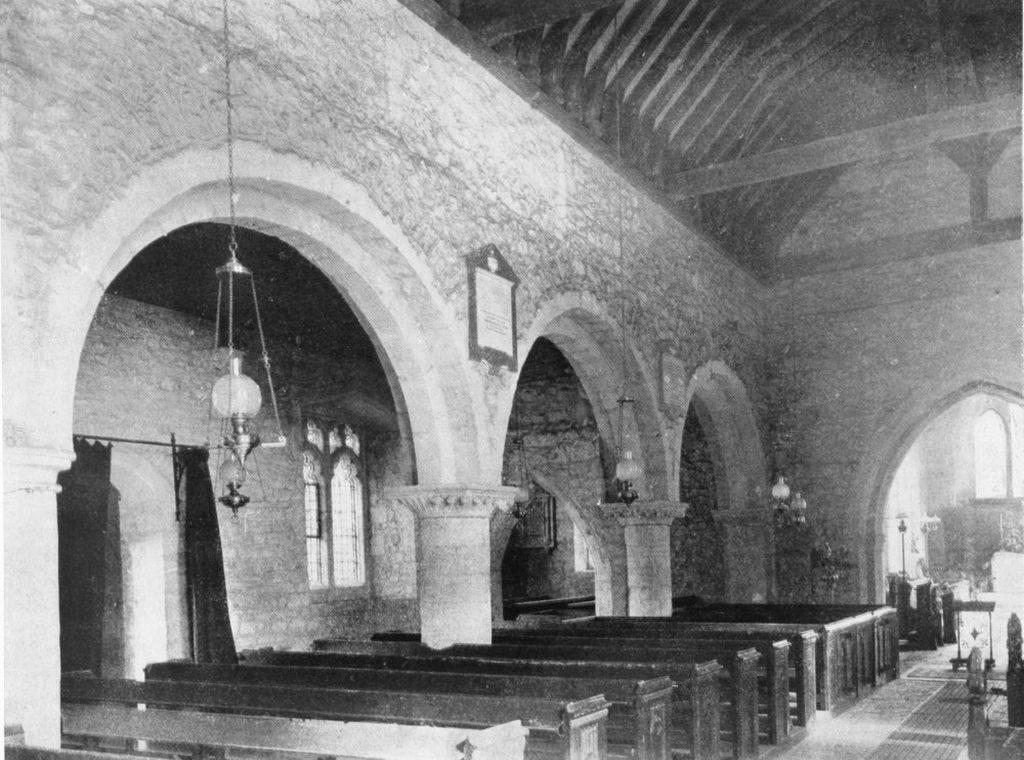 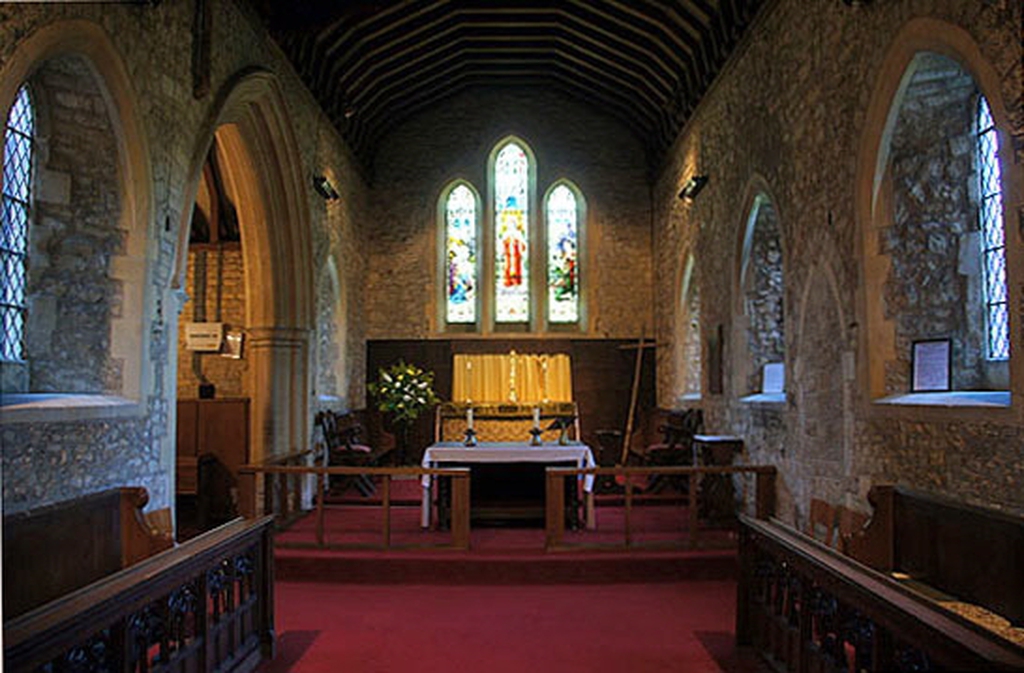 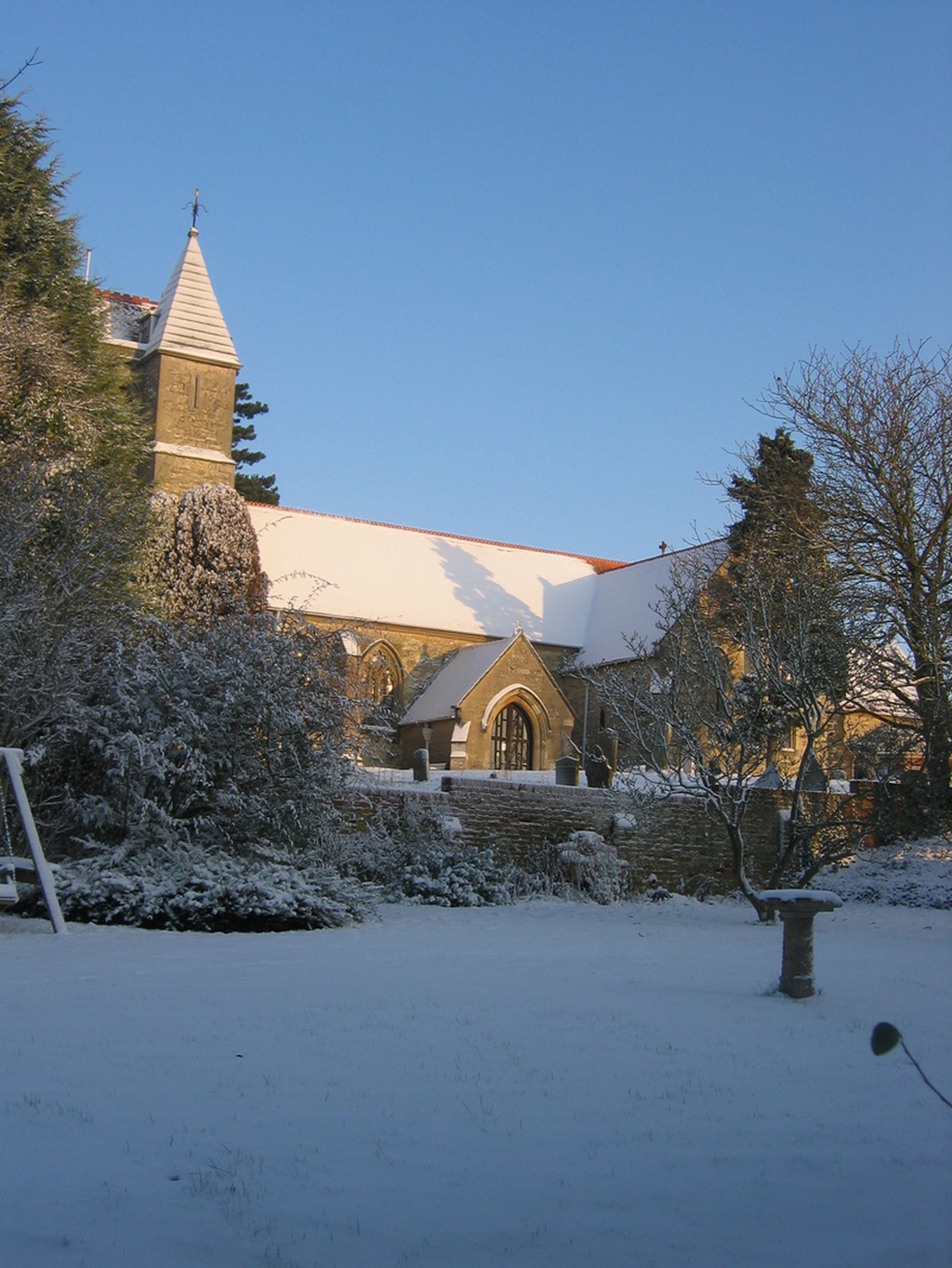 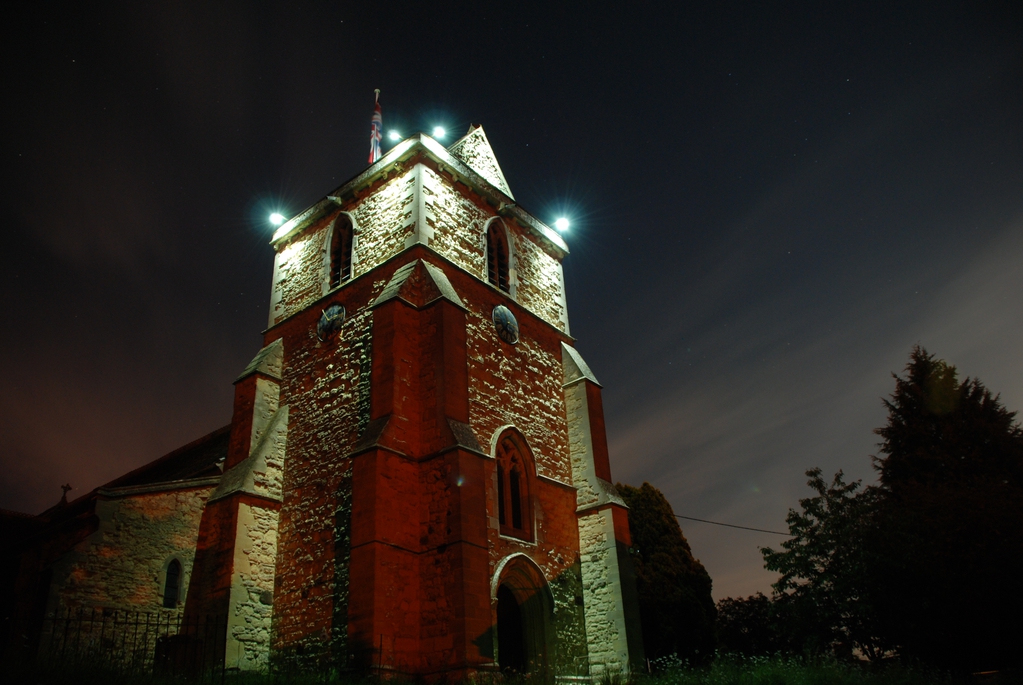 SOME HISTORY -THE CRUSADING CHURCH AT STONE
Roman soldiers marching from Oxford to Aylesbury would pass, perhaps with curiosity, the strange mound at the intersection leading to the Icknield Way. The mound was obviously man made, and probably an ancient burial ground. It was at this site, some six centuries later, William the Conqueror gave the manor of Stanes (as Stone then was) to his henchman Robert de Todini who laid the plans for a church to be built on the mound - thereby upstaging Odo, Bishop of Bayeux and William's half brother. Bishop
Odo was given the neighbouring manor, to be known as Bishop-stone. In 1545, King Henry VII granted the manor of Stone to Sir Anthony Lee of Hartwell House. The advowson of the parish remained in the Lee family for 420 years. In 1965 it passed to the Worshipful Company of Grocers. In 1972 the Parish of Stone and Hartwell was united with the Parish of Dinton and, since then, the Worshipful Company of Grocers together with the Bishop of Oxford have the right to nominate the Incumbent. The church was built to the glory of Almighty God in 1135 but, for reasons shrouded in mystery was not consecrated until 128 years later. Fifty years before, bad King John had signed Magna Carta, at Runnymede. At that time, probably united by John's lamentable government, (The only good thing the King did was to die' was a witticism of the day!) Normans and Saxons now lived together in relative harmony and both became Englishmen. It was in that century that the modern Englishman emerged and our nation's character began to develop. By now Stone church had been enlarged and improved and finally consecrated by Bishop Reginald, Suffragan to Richard, Bishop of Lincoln - in which diocese the parish then was. Descendant of Norman parents, Robert de Farendon became Vicar, uniting his community, both Saxon and Norman, in the faith which they had previously embraced separately. The church was dedicated to that most popular Saint at the time of the Crusades - the aggressively outspoken John Baptist. The very attractive Norman doorway, even in those days, was a proud feature of this forward thinking and Crusading church through which the congregation has always been welcomed.