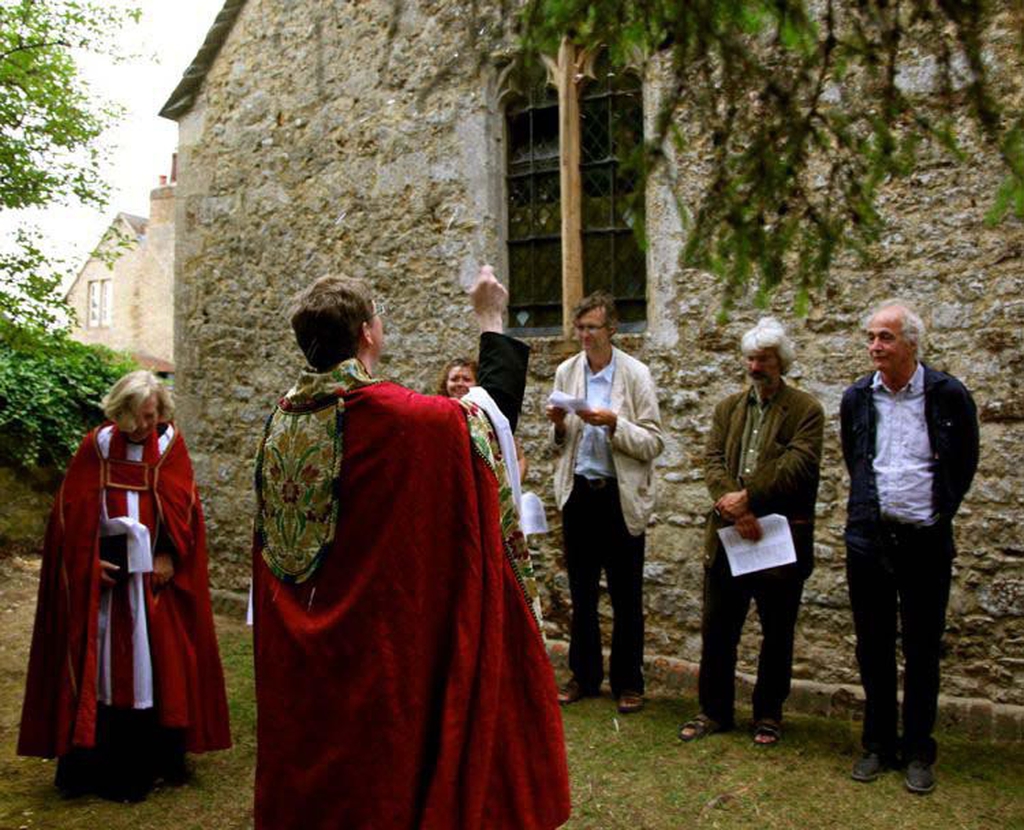 History of the church, Part 1

St Margaret's is a haven of tranquillity hidden from the modern world amidst the trees of the ancient Thornbury, where, as legend has it, St Frideswide, the patron saint of Oxford, built an oratory in Saxon times.

THE STORY OF ST FRIDESWIDE

Born about 680, the daughter of a Christian nobleman, Frideswide was pursued by the Mercian prince, Algar, who wished to marry her, but she escaped to Binsey, where she worked for three years as a swineherd. Meanwhile, Algar, in search of her, was blinded by lightning. Frideswide cured his blindness by water from St Margaret's Well, which she caused to appear close to the west end of the church by praying to St Margaret of Antioch. In medieval times, "treacle" meant "a healing fluid", and Lewis Carroll referred to it as a "treacle well" in Alice's Adventures in Wonderland.

The present church was built on the site of a Saxon church associated with the well, which was a place of pilgrimage for many centuries. Henry VIII is known to have visited. We are told that "the very pavement was worn away by the knees of the pilgrims", and the restored cripples hung up their crutches within the church to testify to their cure.

By the 12th century Binsey had come under the priory of St Frideswide, based around the present cathedral in Christ Church.

The earliest datable stonework in the church today is the fine Norman arch of the south door, with its zig-zag pattern overlapping a round moulding, some dogs-tooth work and columns with carved capitals. The style of the doorway suggests a late 12th century date. The lead-lined font-bowl in the nave may also be of this period.